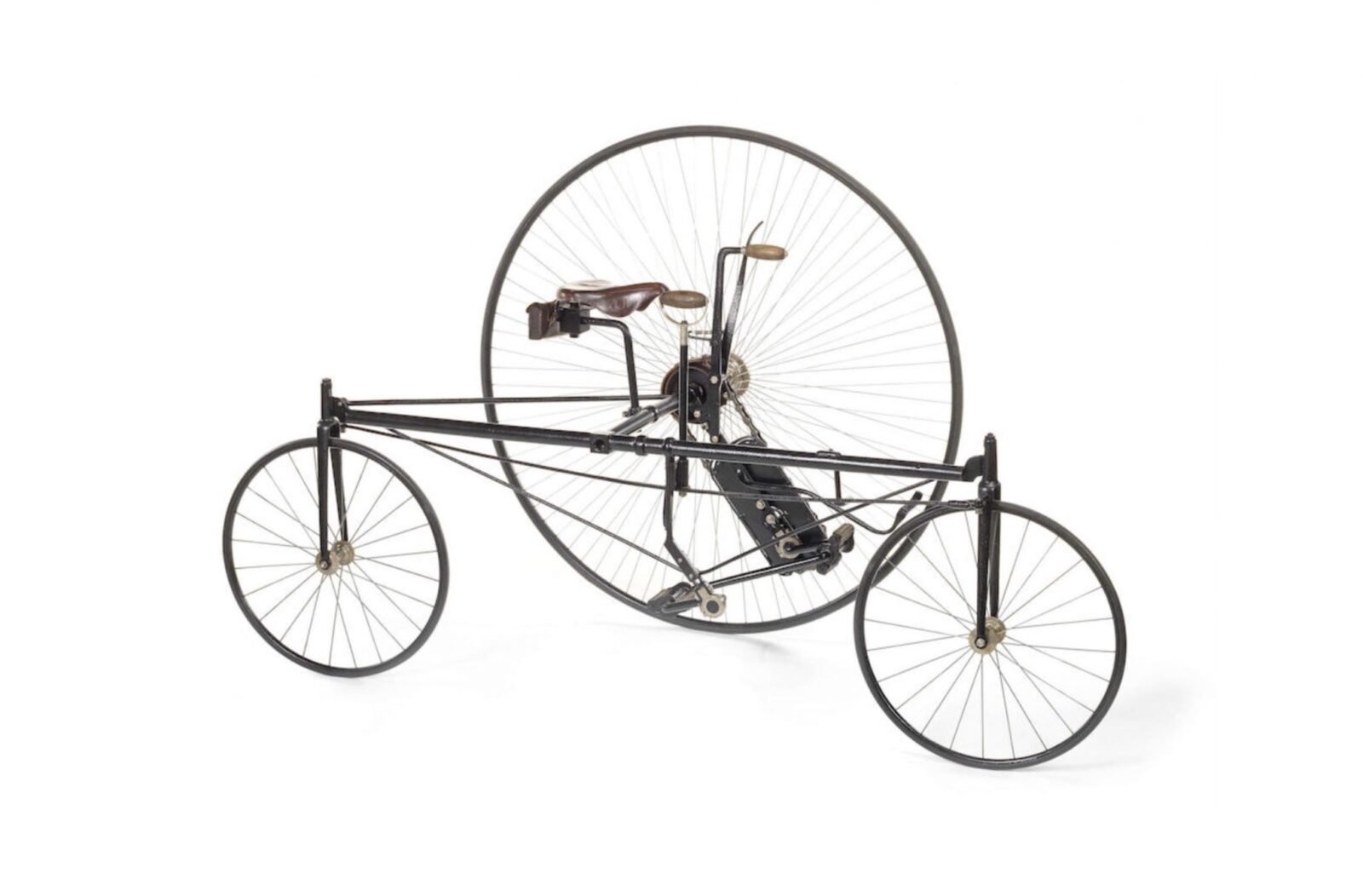 The early days of pedal-powered cycle (or velocipede) were a time of significant experimentation, the earliest examples had pedals that were connected directly to the front axle, and it wasn’t until the mid-1800s that a chain was added with sprockets to improve gearing.

This Coventry Rotary Tricycle was one of the designs that didn’t catch on, perhaps unsurprisingly. It uses a chain to drive the 46 inch main wheel and it’s steered via the pair of 21 inch wheels operated by a stirrup handle with a wooden grip. 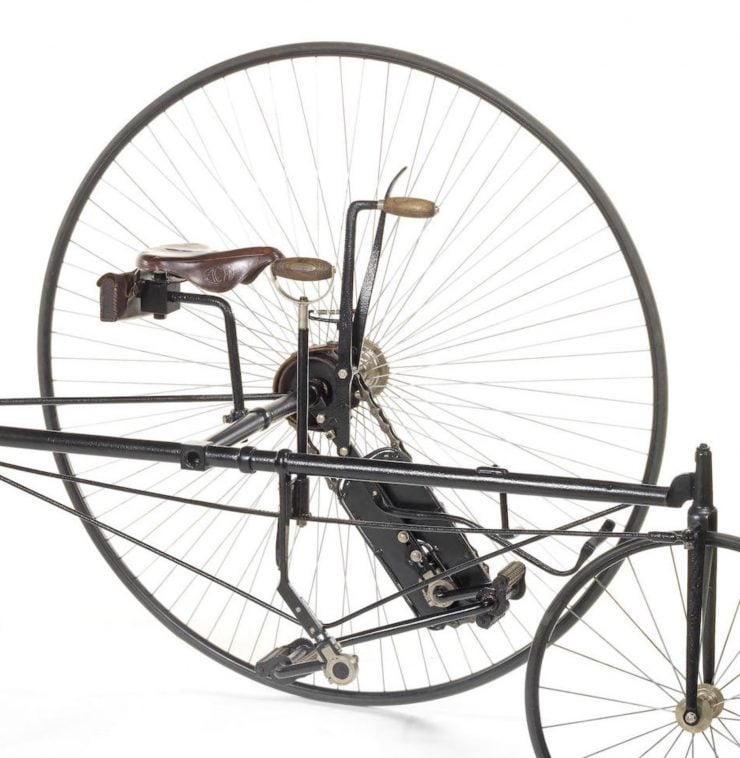 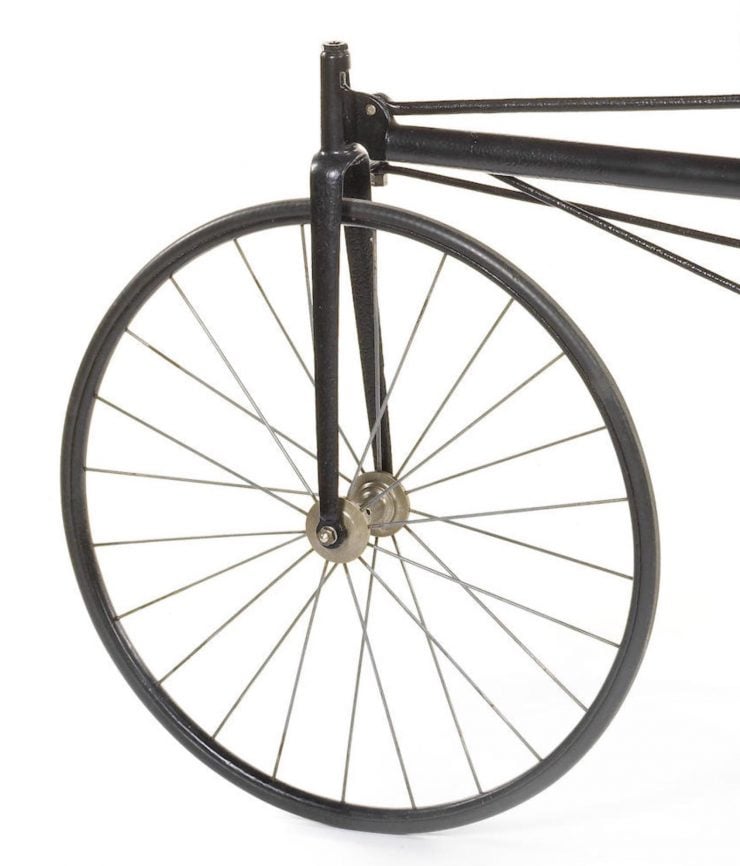