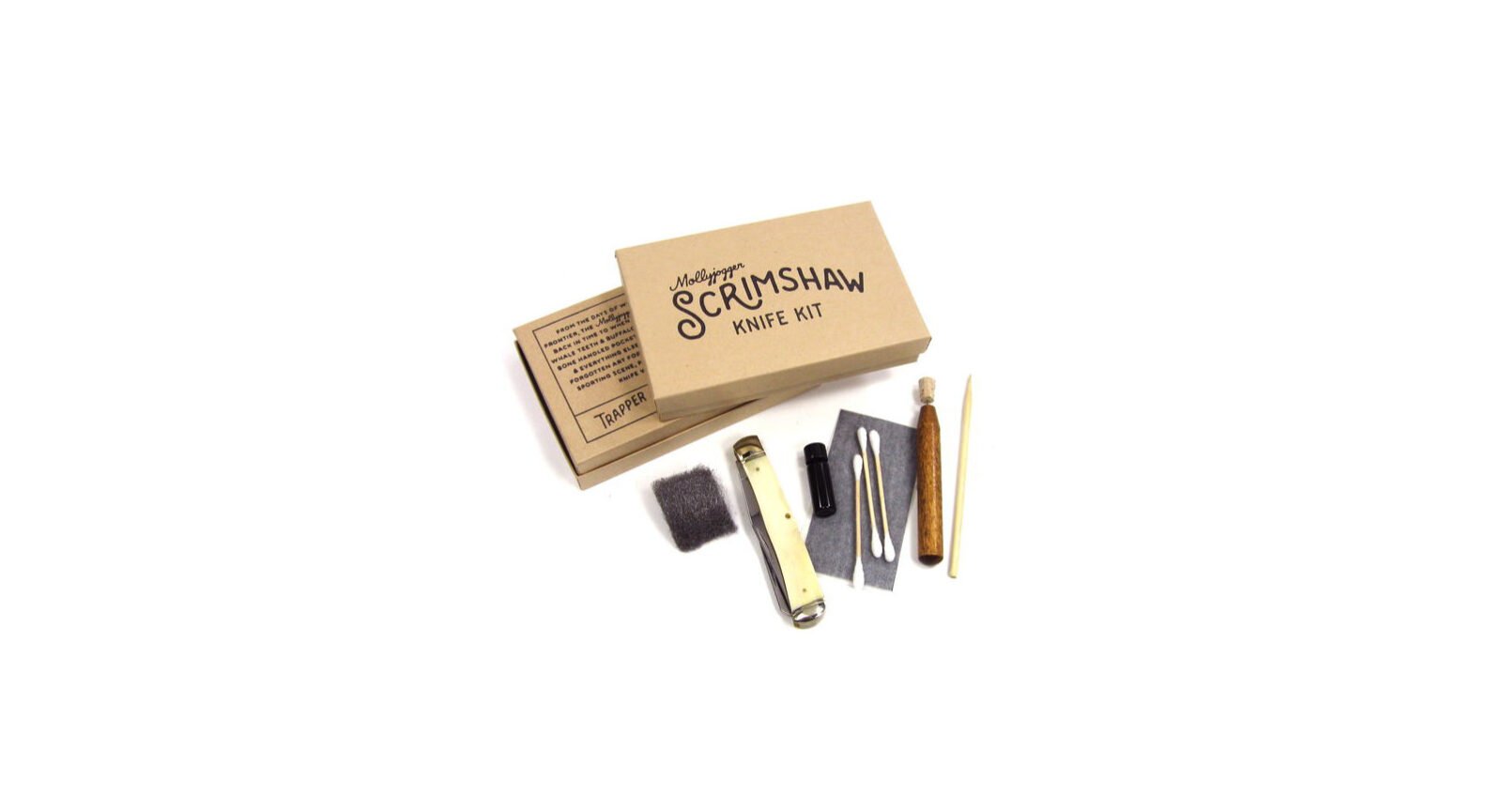 The Scrimshaw Knife Kit by Mollyjogger is an all inclusive package to try your hand at scrimshaw etching – a unique art form that began during the heyday of the whaling era of the 1700s. 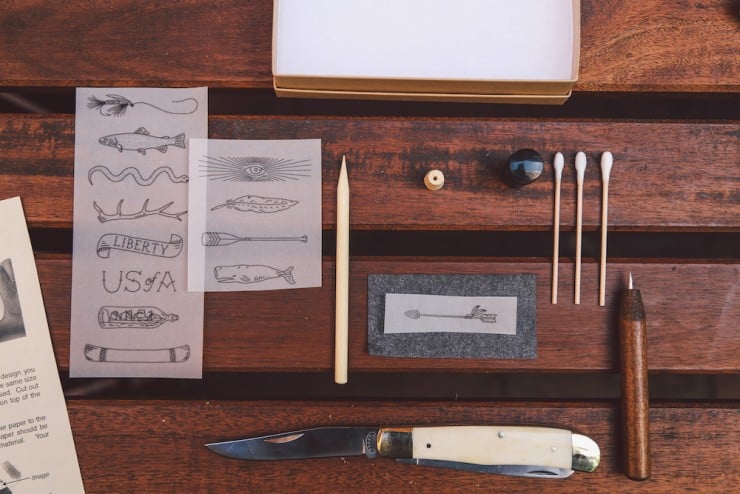