The Triumph Scrambler is a modern motorcycle that, with a few clever tweaks, could be genuinely great. Nicola Martini obviously agrees with this sentiment although unlike me, he has the skills and resources to actually do something about it.

After years of developing Triumph customs out of his workshop in Italy, Mr Martini decided to distill the essence of a ’70s Triumph Scrambler into a kit that can then be applied to any modern Scrambler to both increase performance and further develop the retrotastic good looks of the base model. 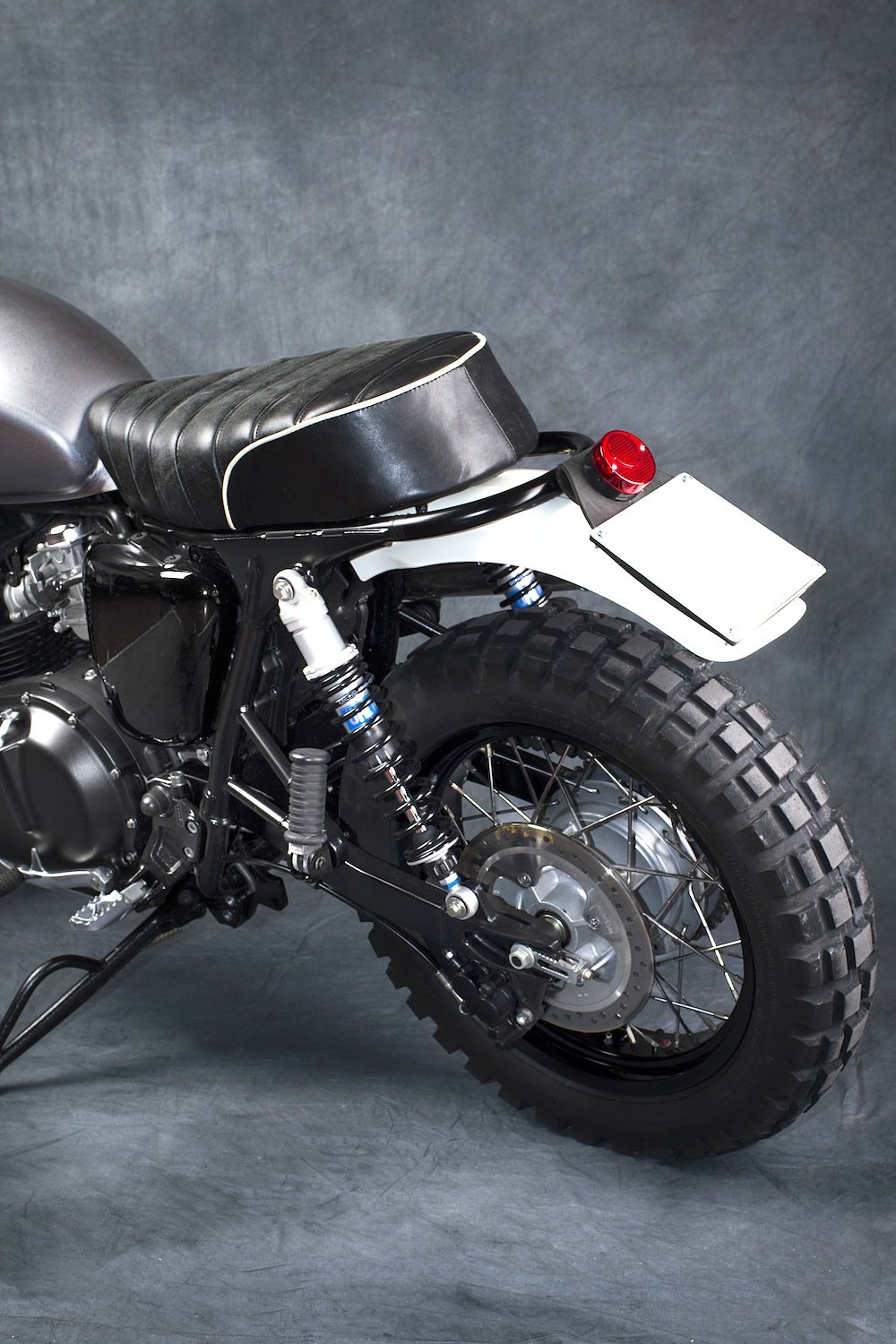 Although there are too many elements in the kit to list them all here, the basics include: new Ohlins shock absorbers, new Ohlins front forks, a custom exhaust system by Zard, a raised front fender, new handlebars, a mesh headlight cover, a new rear fender, a perforated chain guard, a custom leather seat, a custom rear light and a set of chew-your-face-off knobbly tires from Continental.

The finished product is a bike that looks an awful lot like the perfect Triumph Scrambler, in fact I’d wager that if the bean counters at Triumph got out of the way of the design department, the production Scrambler would look like a cross between this bike and the Tridays Triumph Scrambler we featured last month.

If you’d like to enquire after this kit, visit Mr Martini here. 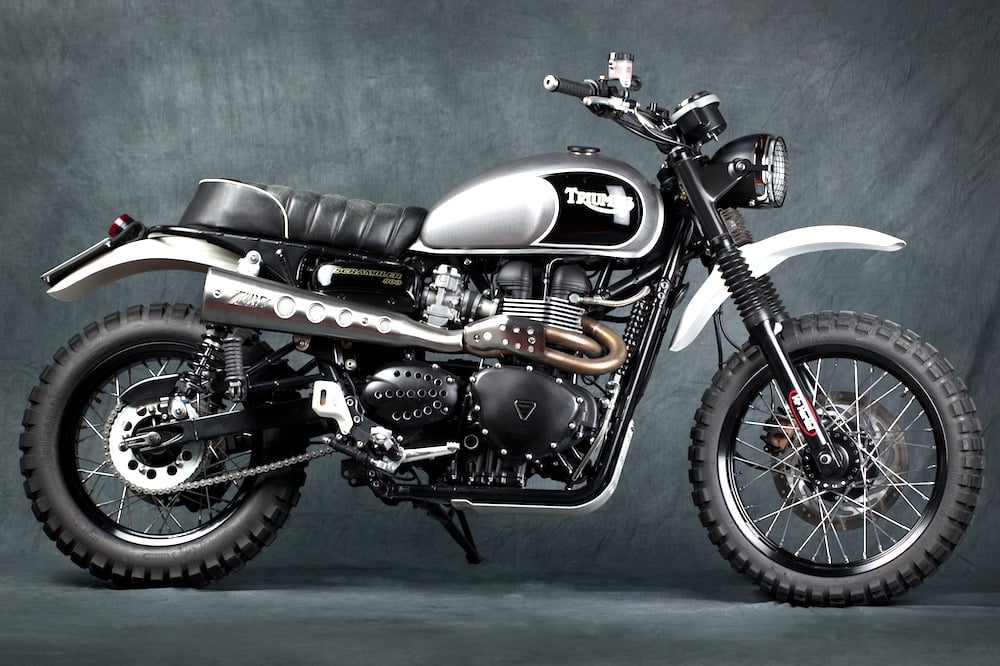 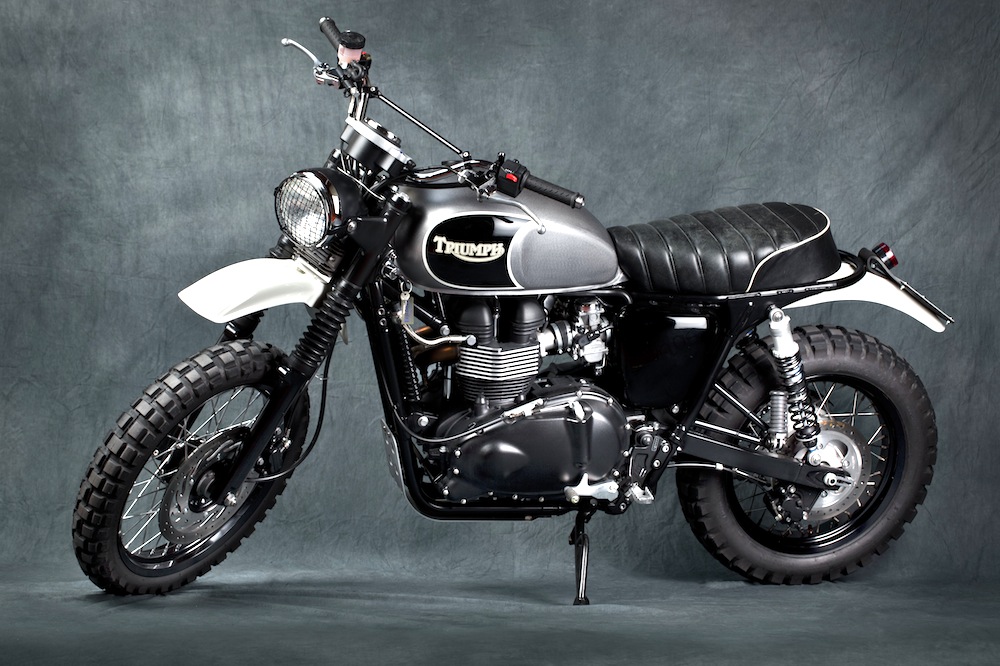 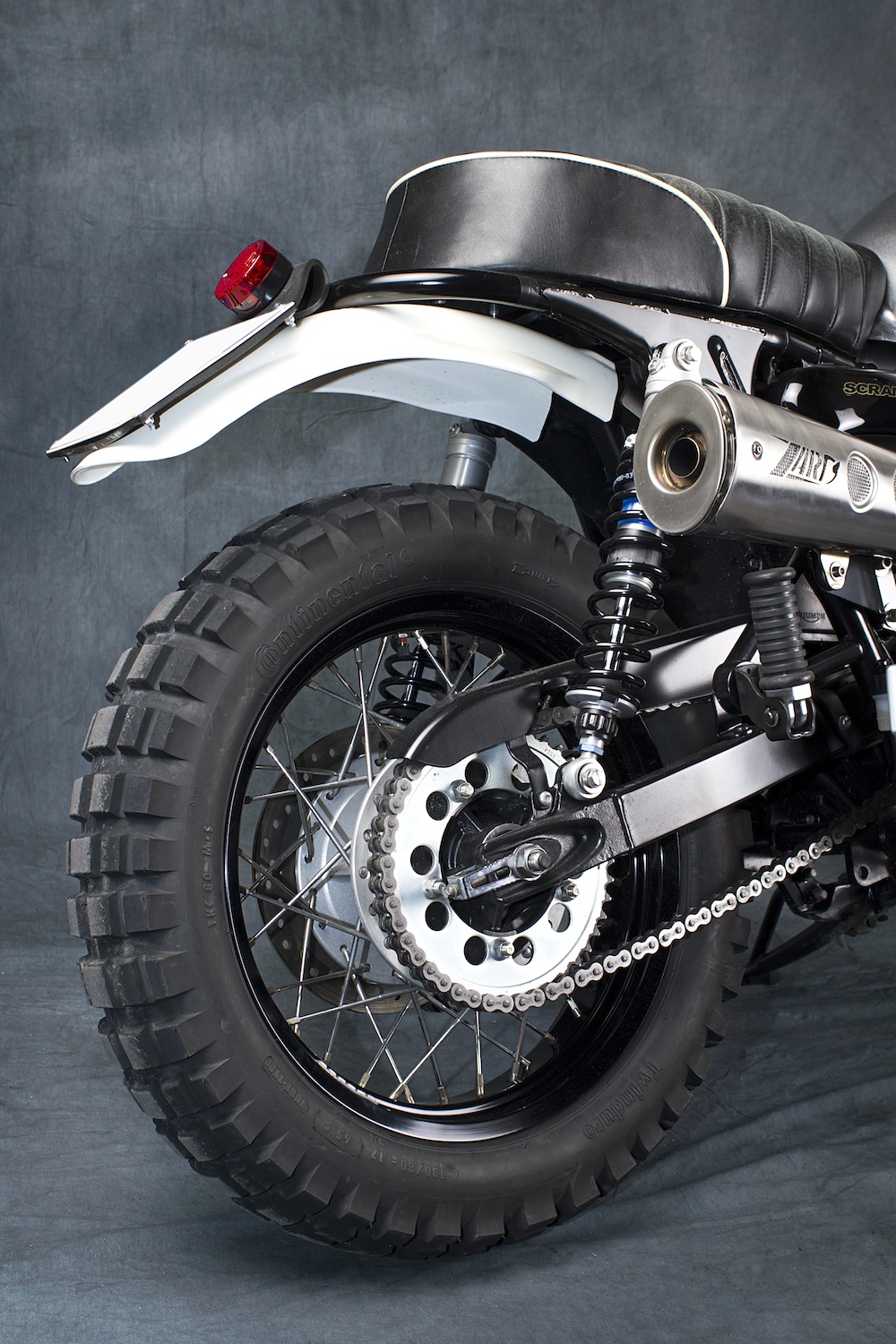