The Ducati Flash Back Endurance is instantly recognisable as a Mr Martini custom, the balance between state-of-the-art technology and style is a hallmark of Nicola Martini’s world famous garage.

Mr Martini is based in Verona, Italy, it’s a Triumph dealership and most of the customs they produce tend to be British, however every now and then Nicola sets his sights on another marque and lets loose the dogs of war.

We featured a Mr Martini Ducati GT Special a few months ago and even now the article still pulls in significant traffic, there’s clearly a huge interest in this particular two-wheeled symbiosis of style and function.

The Ducati Flash Back Endurance started life as a stock Ducati 1098R, Nicola disassembled the bike and set to work creating a ’70s style endurace racer. He hand moulded a new fairing from carbon, cropped the rear subframe and added a seat upholstered with leather from a 1959 MG Midget. 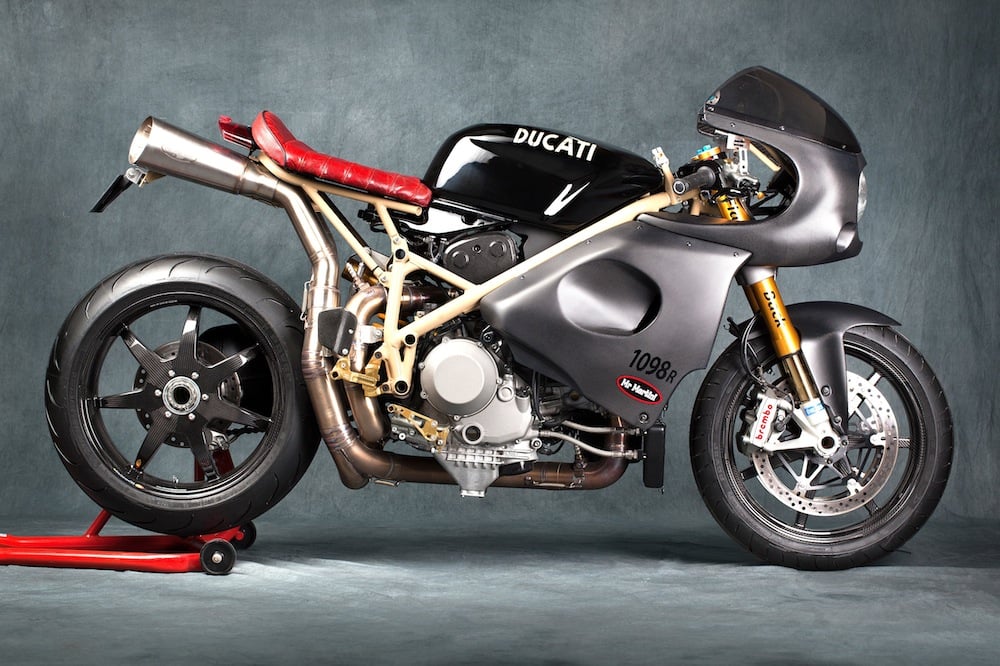 The twin headlight assembly is a distinct design throwback to the big ’70s endurance bikes, twin bright lights were essential when racing at night and around tracks with barely any trackside lighting.

The bike now lives in Moscow with it’s new owner where I’m sure it turns every head it passes. If you’d like to see more from Mr Martini hit the link here. 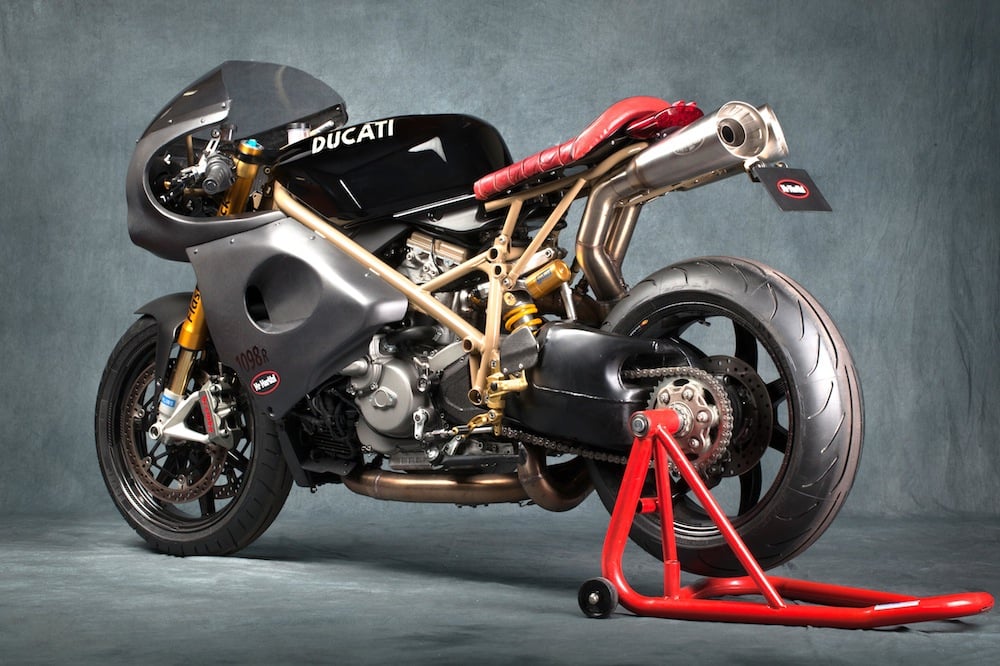 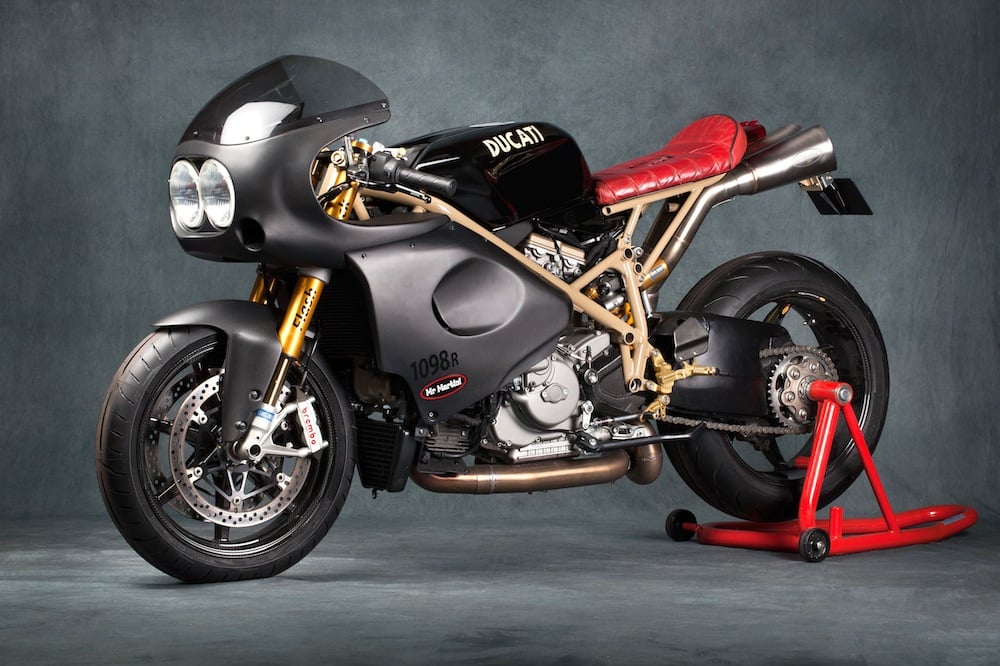