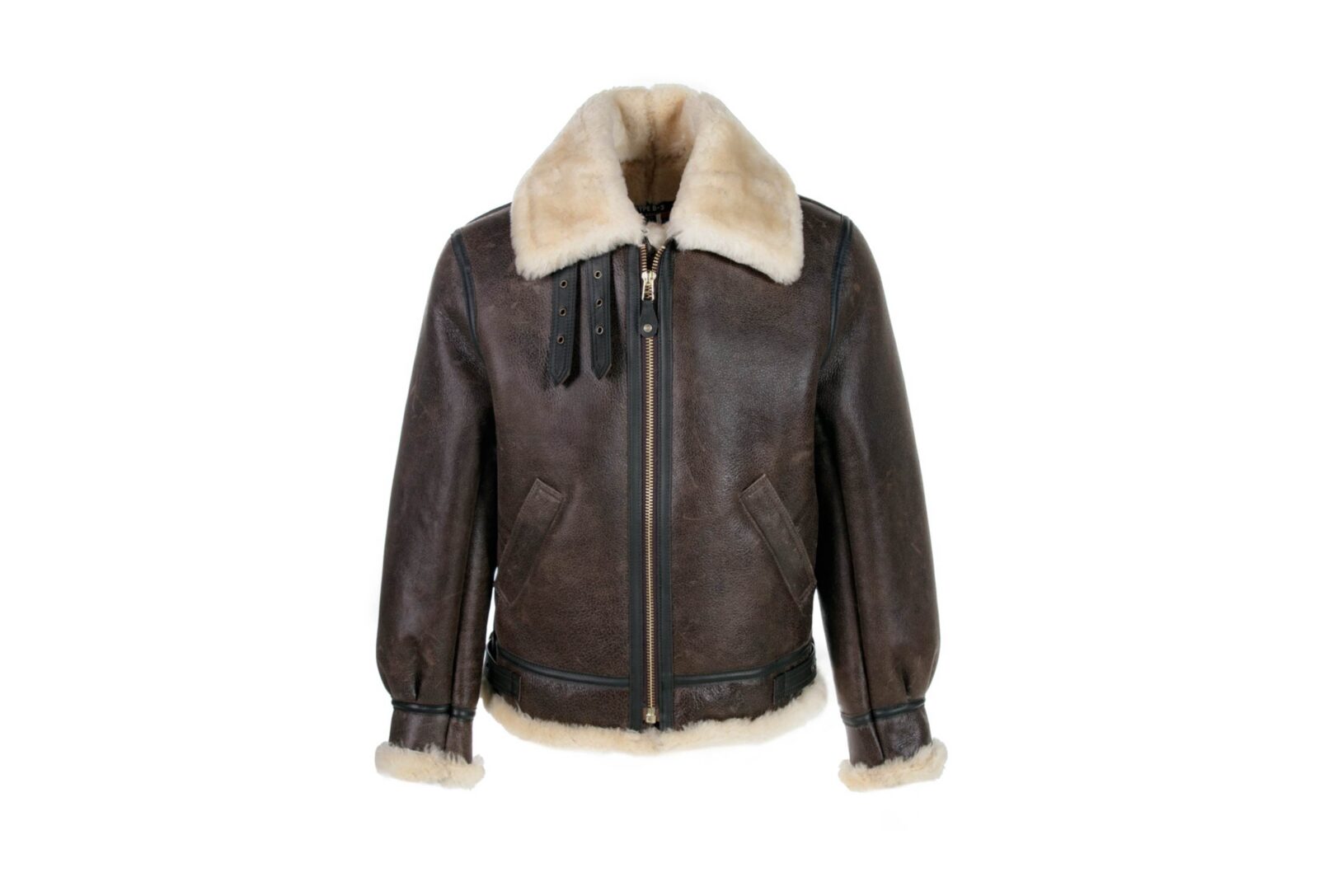 This is the Schott Classic B-3 sheepskin leather bomber jacket, it’s the American company’s take on the legendary B-3 Flight Jacket which was the first jacket designed for use by high-altitude bomber crews in the mid-1930s. The B-3 was used right the way through World War II in the skies over Europe and the Pacific, becoming an unmistakable icon in its own right.

Militaries around the world were faced with a dilemma in the 1930s as their unpressurised fighter and bomber aircraft became capable reaching higher and higher into the atmosphere – the crews were getting frozen almost to death with outside temperatures at altitude reaching below -40F (which is also -40C).

Expensive specialist materials couldn’t be used for manufacturing warm clothing for air crews due to the fact that a vast number of jackets needed to be made, so instead it was decided to use sheep leather with the wool still in place, commonly referred to as “shearling.” This ancient material had already been in use for countless millennia, and it was easy to source in vast quantities.

Over the course of its years-long production run the B-3 bomber jacket was made in a number of different configurations, however most made use of collar and waist straps which allowed the wearer to cinch them down tight to keep the cold out, they had 100% sheepskin leather construction which was tanned to a dark brown. 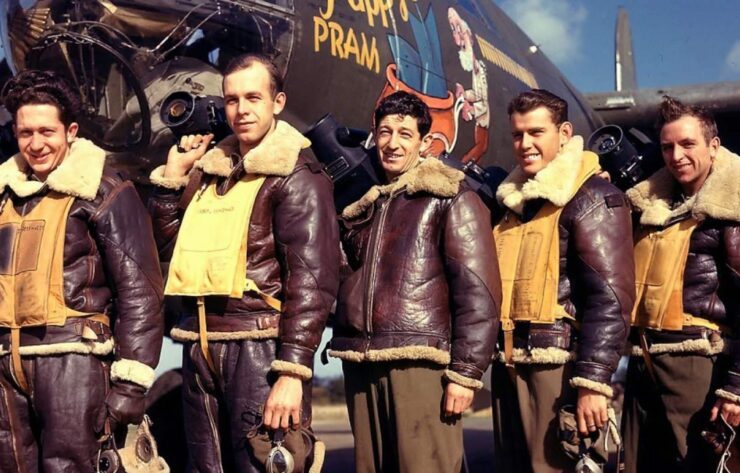 Above Image: An American flight crew during WWII, note the two men on the left are also wearing shearling wool trousers. Images courtesy of the USAF.

Many crews were issued matching sheepskin leather pants, boots, and gloves to ensure they stayed warm, but it’s the B-3 jackets that we remember best today. Originals from the time of the Second World War are typically very expensive and often not in great condition, so a few companies like Schott have brought them back into production with a few subtle additions – like hand warmer pockets and modern heavy duty hardware.

The Schott Classic B-3 sheepskin leather bomber jacket is made in the USA from a high-quality heavyweight shearling sheepskin, it has leather welted seams, heavy duty hardware throughout, buckled collar and waist adjustment straps, two front hand warmer pockets, and it comes in sizes from 32 to 54.

When ordering you can choose from traditional brown, ebony, or brown with gold color ways, and there’s a sizing chart to make sure you get the right fit first time. These jackets are each designed to last a lifetime and become an heirloom thereafter, as you can imagine they don’t come cheap with this one selling for $1,325 USD. 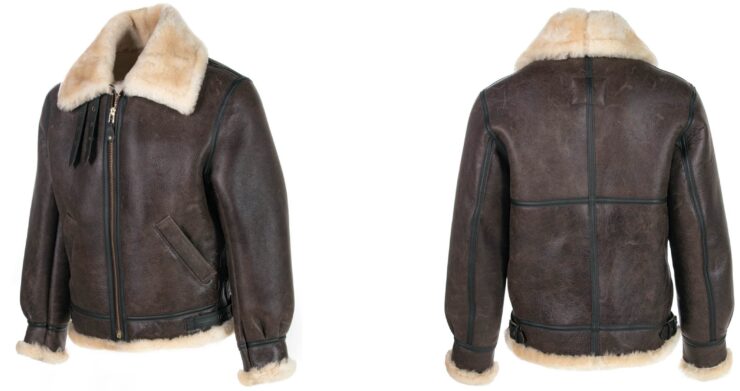 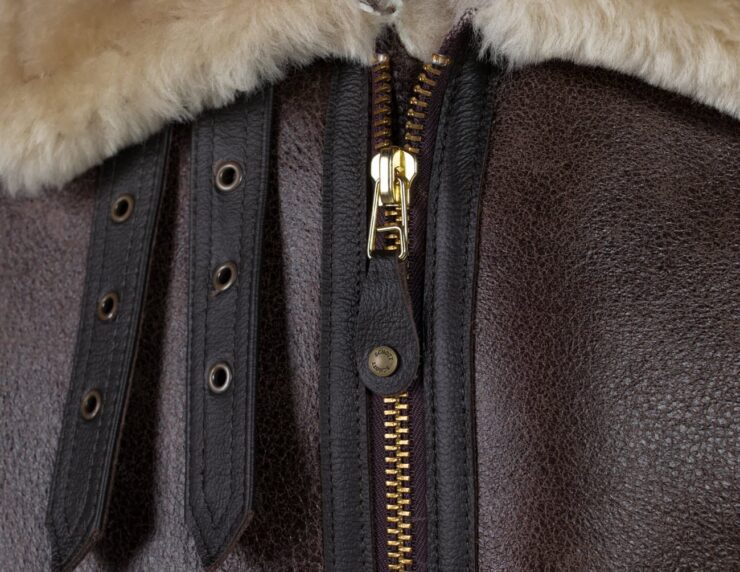 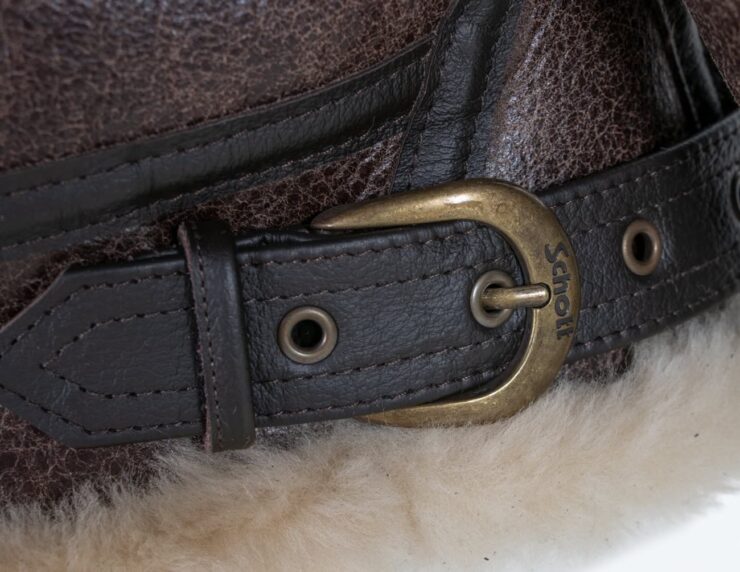