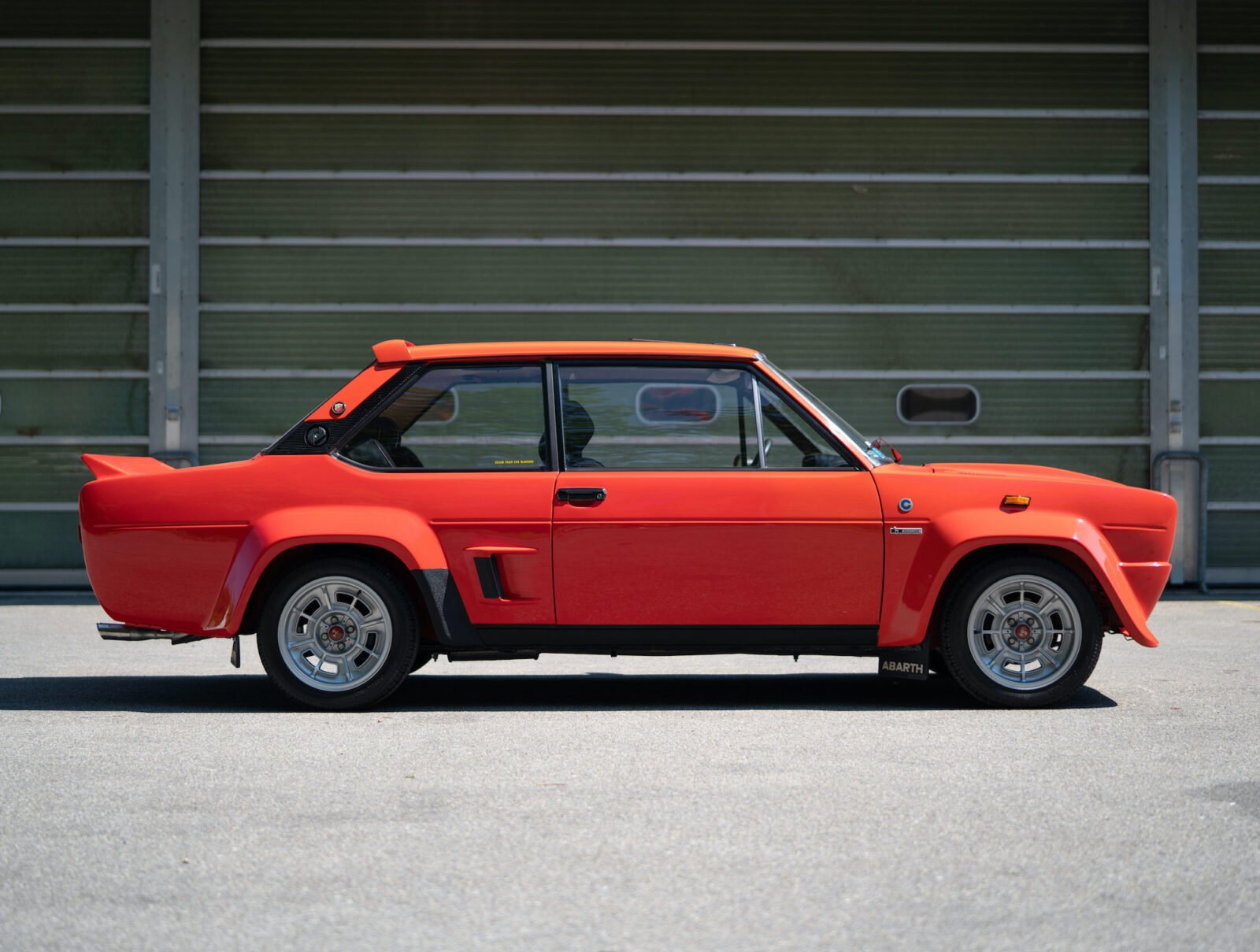 This is one of 400 homologation specials of the Fiat 131 Abarth Rally built to ensure the car complied with FIA Group 4 rally specifications. The race version of the 131 Abarth Rally was wildly success in top flight rally competition, winning the World Rally Championship manufacturers’ title three times, in 1977, 1978, and in 1980.

When the Fiat 131 was first introduced in 1974, it was a relatively staid design with three box styling, a steel unibody chassis, and a front-mounted engine driving a live axle rear end. The car was designed to be affordable to the masses, easy to repair when needed, and cheap to maintain.

What the Fiat 131 hadn’t been designed for was racing, the job to turn it from a grocery-getter into a world rally championship contender fell to Abarth – Fiat’s in-house performance tuning department, much like AMG is to Mercedes-Benz or M is to BMW.

Each rally car started with a standard Fiat 131 steel unibody shell which was acquired directly from the Fiat factory production line. Fiberglass flared fenders would then be fitted, along with a new fiberglass hood and trunk lid for weight reduction. This new bodykit included a lower front with an air dam and a small spoiler on the trunk lid.

It was well understood by this time in the 1970s that a car with a live axle rear end would be at a significant disadvantage, so the live axle in the back of the 131 was removed and a new independent suspension system was designed for the car.

A new MacPherson strut suspension arrangement was developed and fitted at the rear, matching the MacPherson strut, track control arms, and anti-roll bar used on the front end. The 1.6 liter engine used on the 131 was significantly modified by Abarth engineers, the capacity was increased to 2.0 liters and  it was upgraded with a newly designed alloy head featuring double overhead cams and four valves per cylinder.

In race trim this engine was capable of 245 hp which helped it go on to win 20 World Rally Championship events with drivers like Markku Alen, Walter Röhrl, Michèle Mouton, Sandro Munari, Timo Salonen, and Attilio Bettega. Markku Alen and Walter Röhrl would win the WRC drivers’ championship in the Fiat 131 Abarth Rally in 1978 and 1980 respectively. 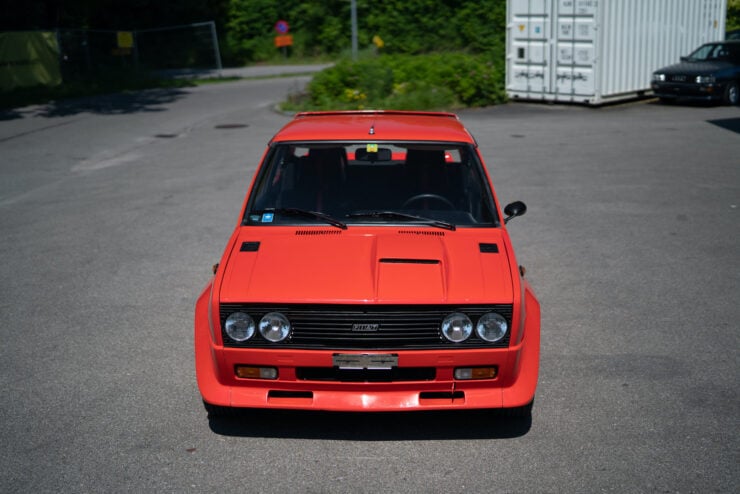 Above Image: The looks of the Fiat 131 were significantly changed by the addition of wider wheel aches, a new hood with an air scoop, a spoiler on the trunk lid and an air dam up front.

The street or “stradale” version of the 131 was called the Fiat 131 Abarth Rally Stradale, as mentioned above Abarth needed to make 400 of them and offer them for sale to the general public in order to quality for racing, which they did, creating one of the most desirable Italian homologation specials of the era.

Whereas the styling of the regular Fiat 131 could perhaps be described as a little boring, the 131 Abarth Rally was anything but. With its wide wheel arches and purposeful body kit the car looked the business, and as its competition attests, it wasn’t just all for show.

The car you see here is a 1976 Fiat 131 Abarth Rally Stradale, it has fewer than 50,700 kilometers showing on odometer and it was recently refurbished mechanically and cosmetically.

This 131 was originally sold to its first owner in Ancona, Italy, it would remain in its country of origin for much of its life. More recently the car moved to Switzerland and it has since benefitted from over $50,000 USD worth of mechanical and cosmetic work, including work on the engine, transmission, brakes, wheels, exhaust, bodywork, bushings, and seals. 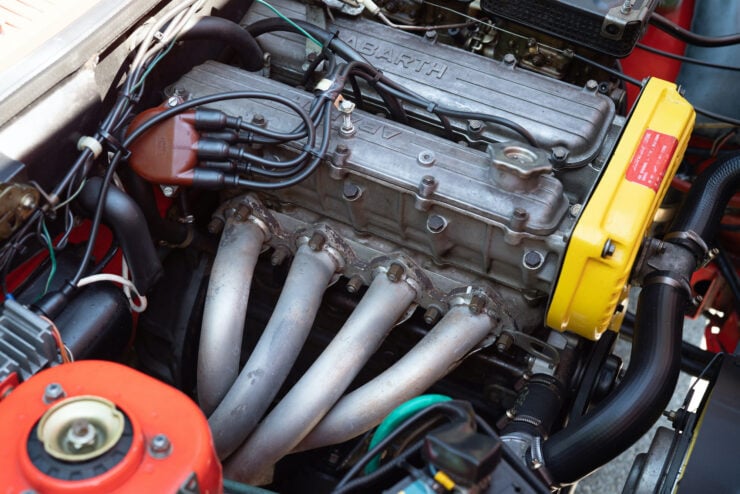 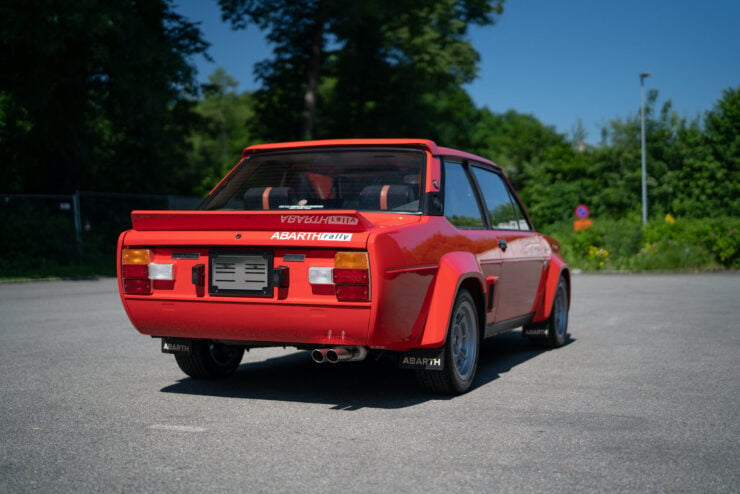 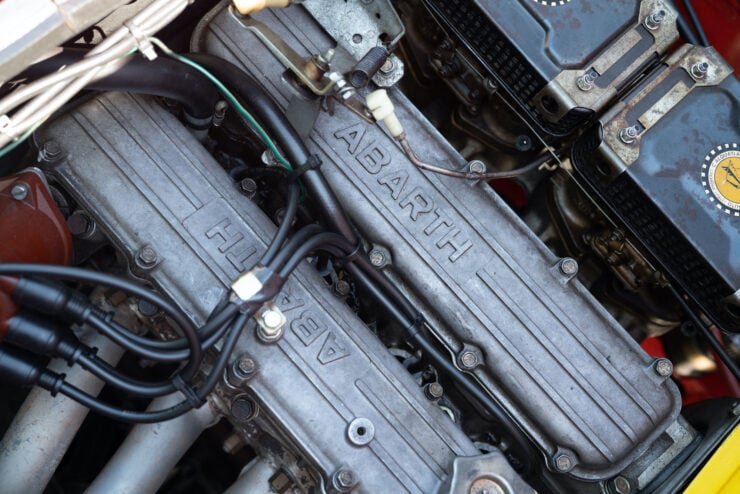 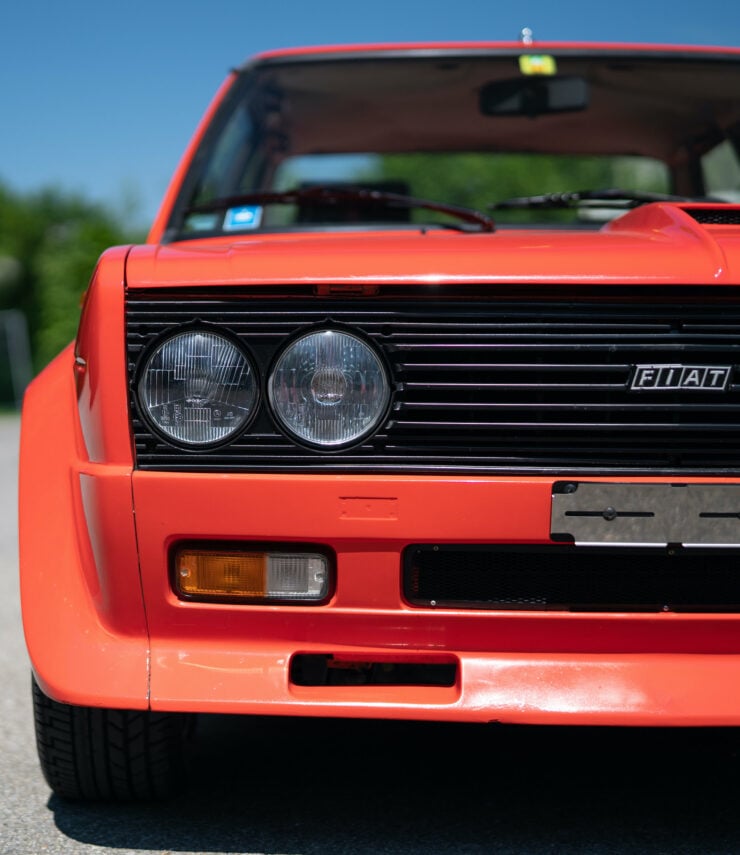 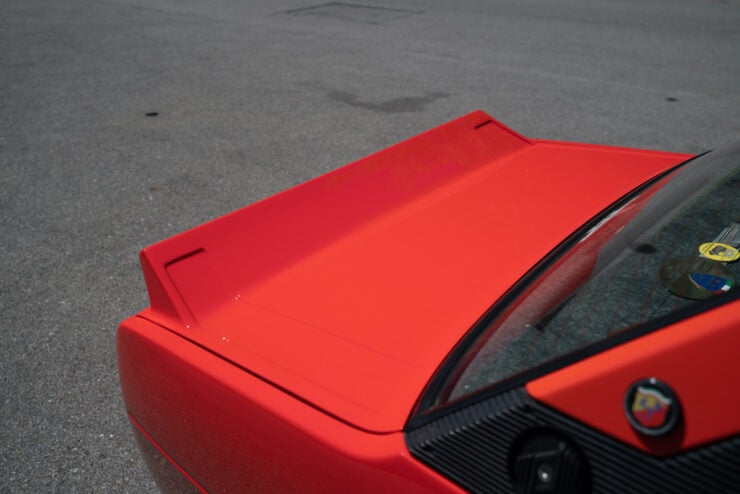 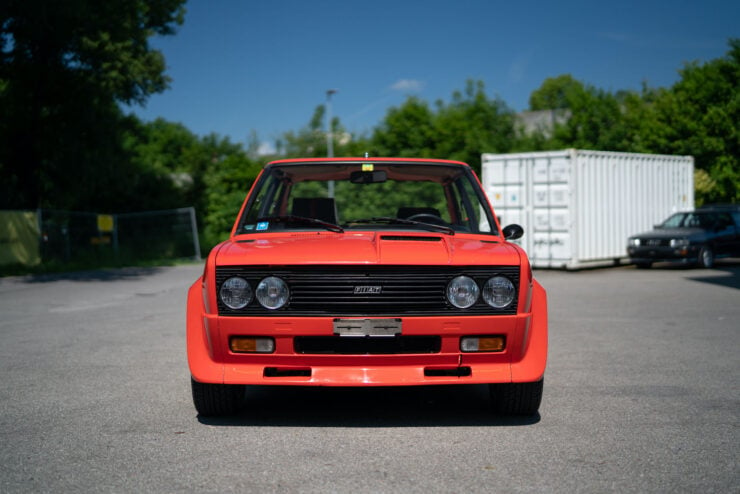 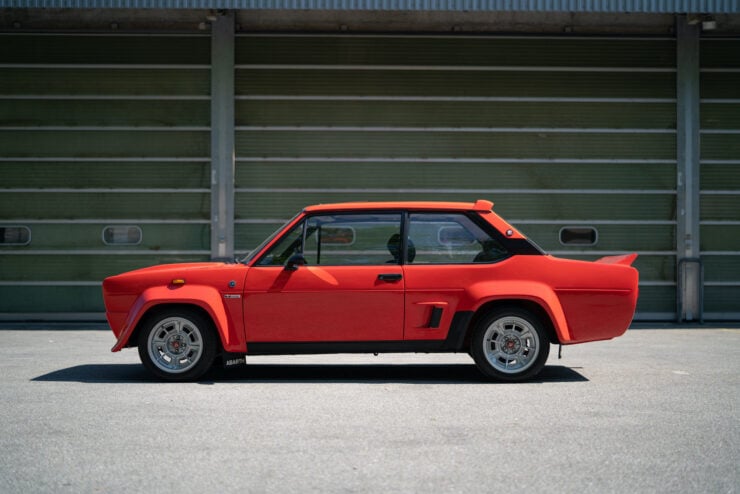 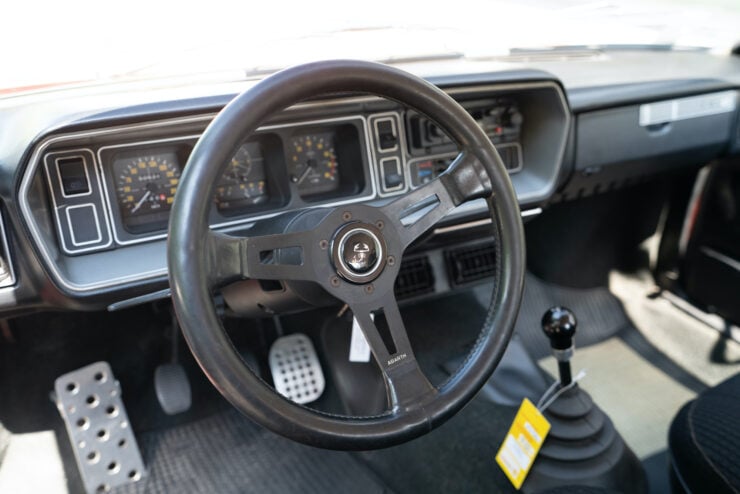 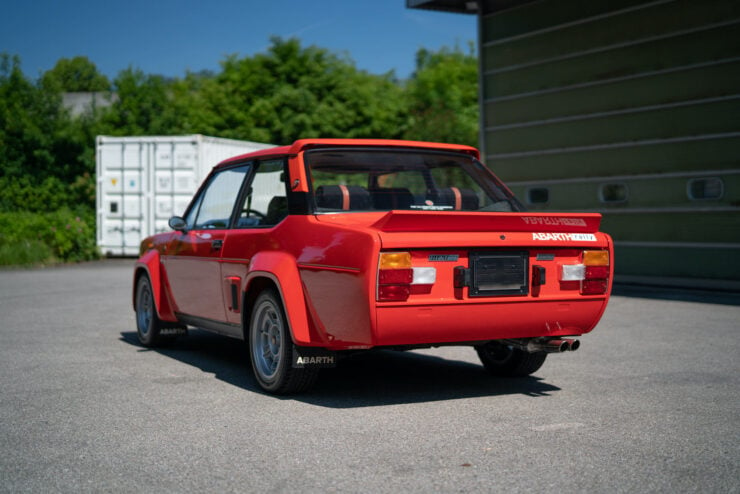 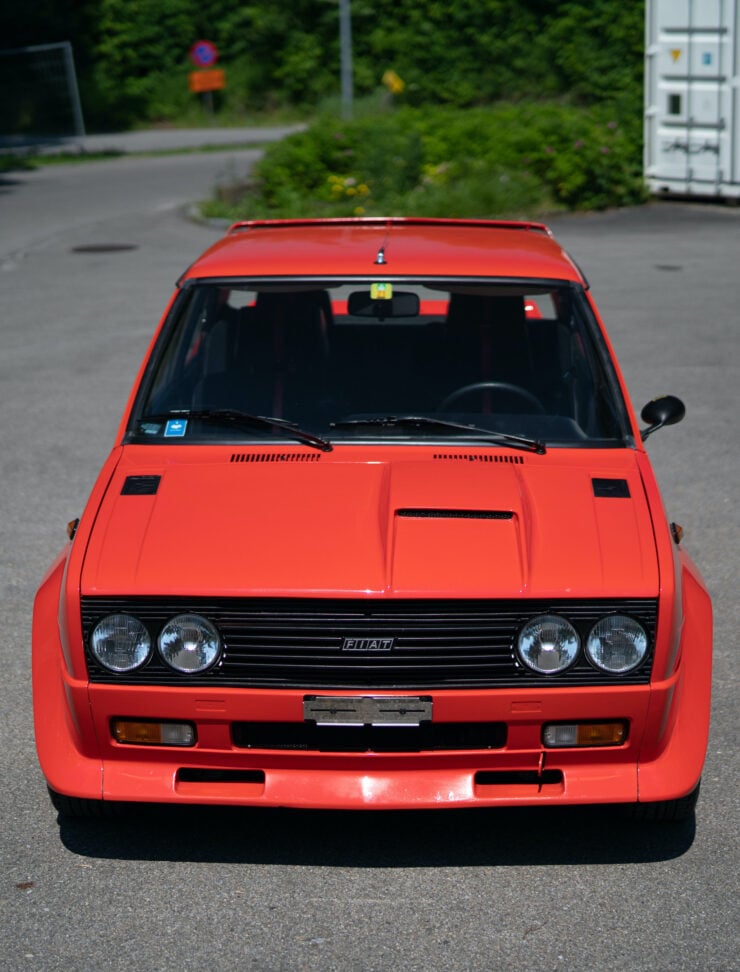