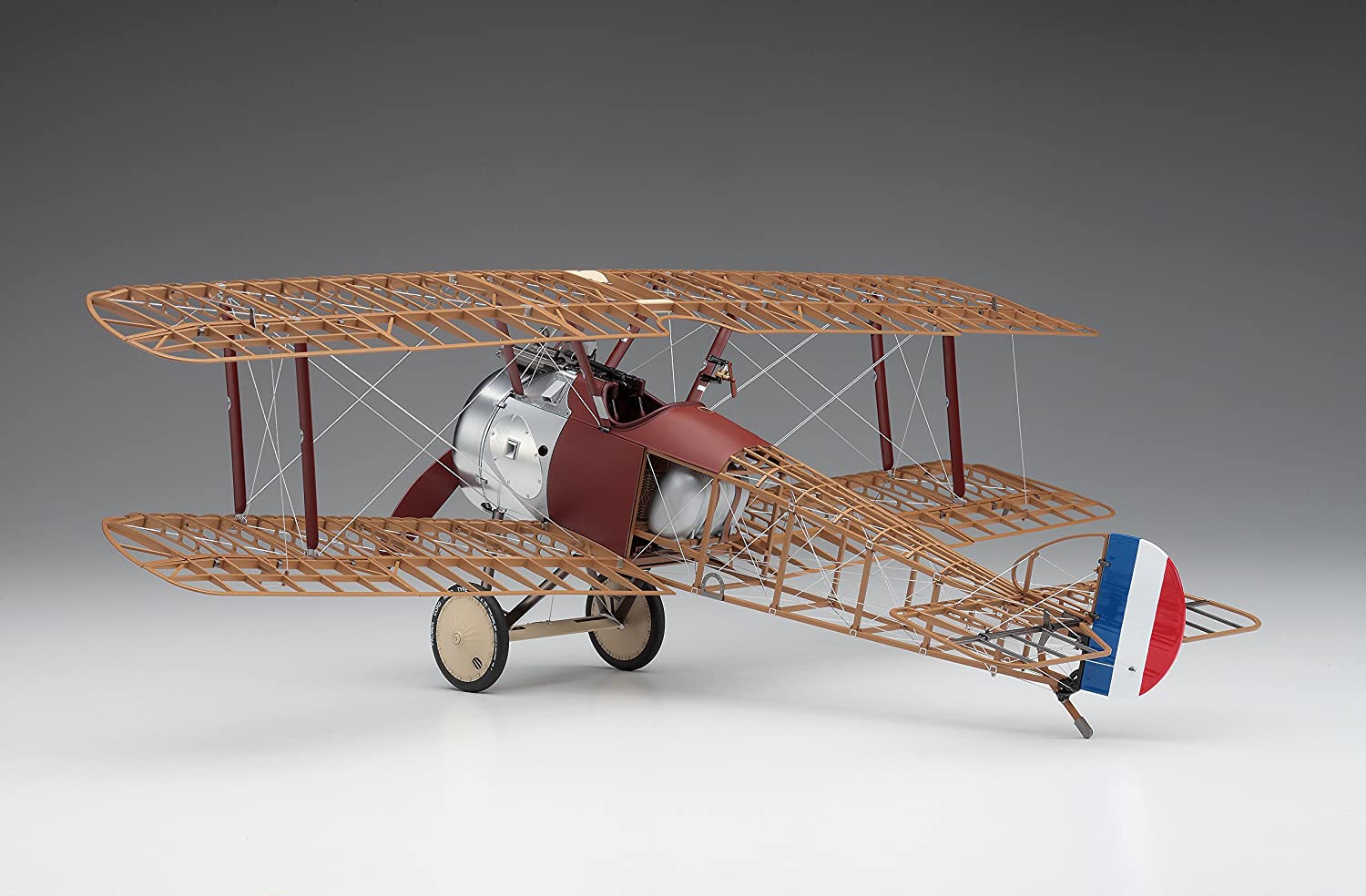 This 1:16 scale Sopwith Camel model kit by Hasegawa has breathtaking detail throughout, it’s been designed to be displayed uncovered with no fabric over the wings or fuselage to showcase the intricacy of the aircraft.

Once assembled the model measures in at a reasonably large 358.5mm (14.1″) long and 536mm (21.1″) wide, the model has ailerons, elevators, and a rudder that are fully functioning and operated from the control stick just like the original WWI aircraft.

The team at Hasegawa designed the model for more advanced model builders, that said, it was designed to need no painting at all, each part is already finished in its correct color ready for assembly.

The Sopwith Camel is a fighter aircraft that needs no introduction, it’s one of the most famous planes from the First World War and it’s credited with downing 1,294 enemy aircraft – more than any other Allied fighter of the conflict. 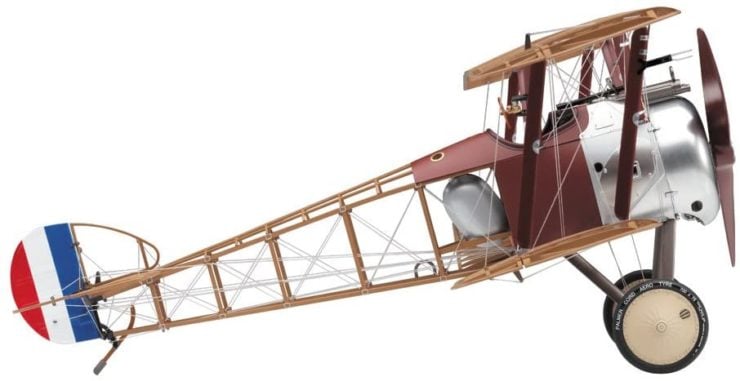 The Camel was powered by a number of engines but the standard powerplant was the Clerget 9B rotary, this was an air-cooled, 9-cylinder 130 hp rotary engine that was also used on a number of other aircraft.

The F.1 Sopwith Camel was armed with twin synchronized Vickers guns that fired through the propeller, using a mechanism to ensure the guns only fired when the propeller blades weren’t passing in front of the barrels. The Camel had a reputation for being difficult to fly, but they were highly manoeuvrable and in the hands of an experienced pilot the Camel was a force to be reckoned with.

This model does a remarkable job of recreating the Sopwith Camel and once completed it makes an excellent display piece that’ll fascinate anyone with an interest in aircraft, machines, and engineering. 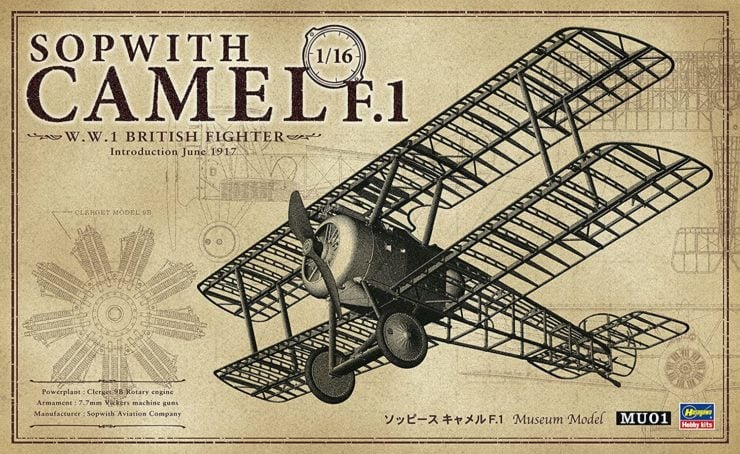 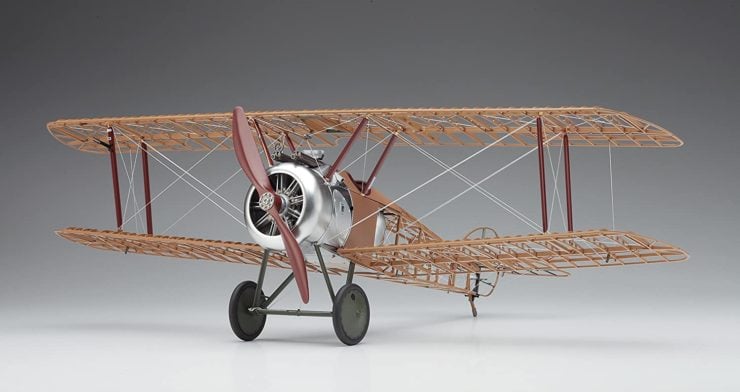 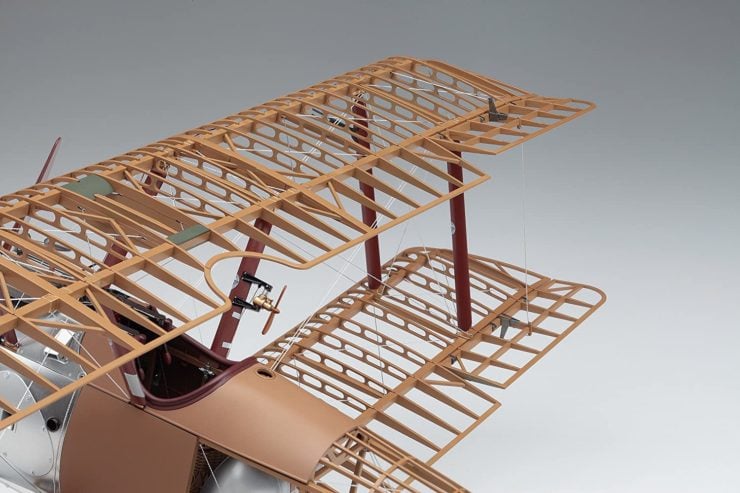 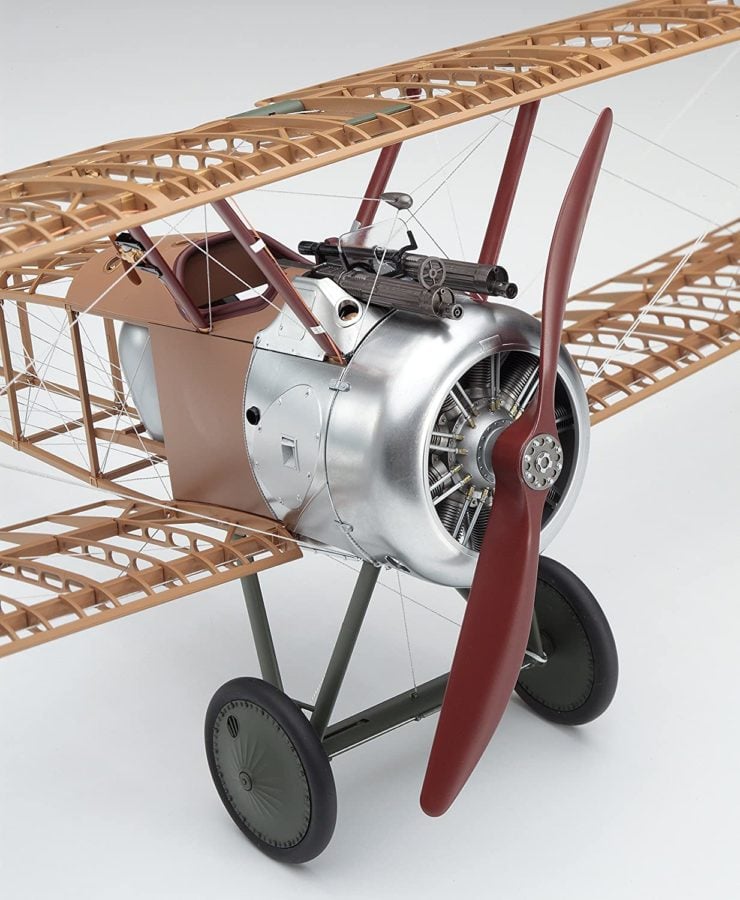 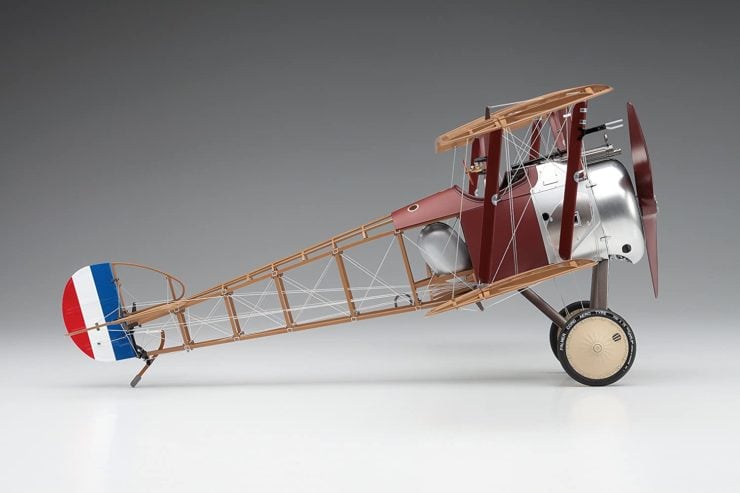 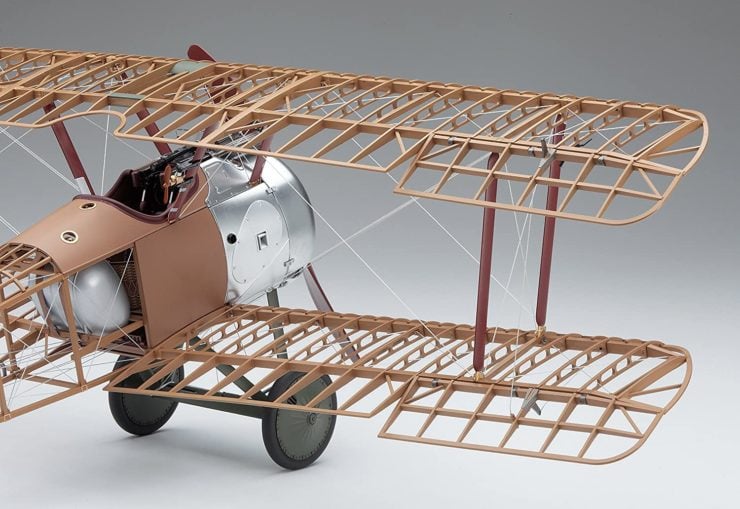 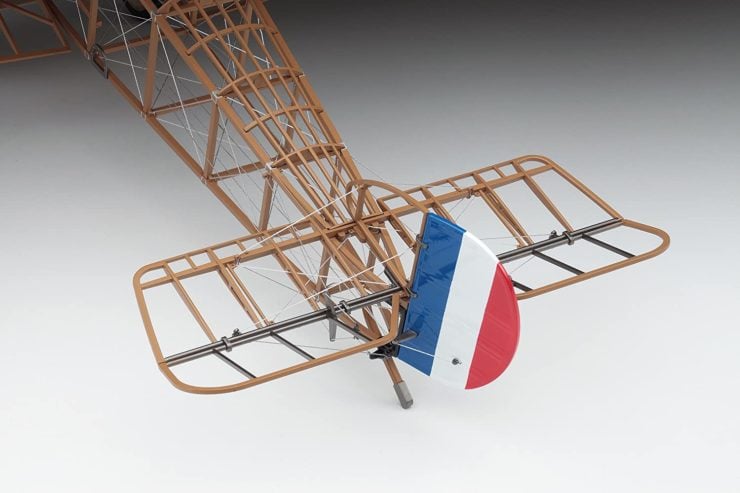 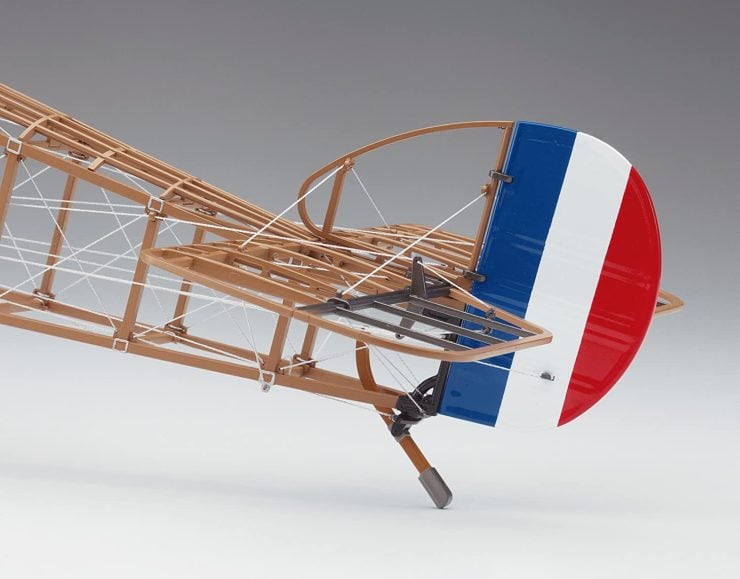 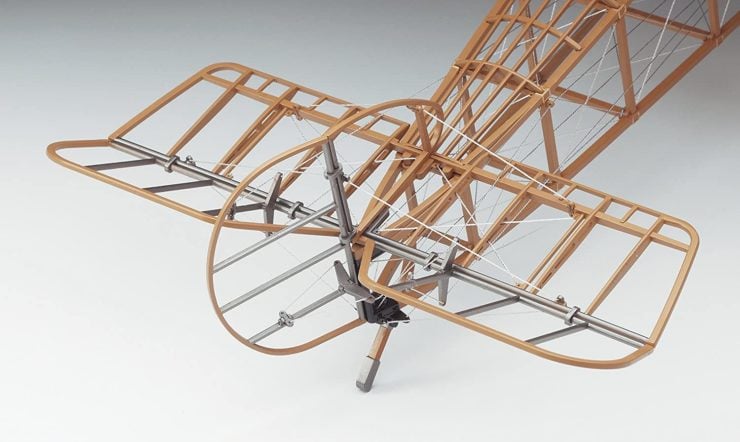 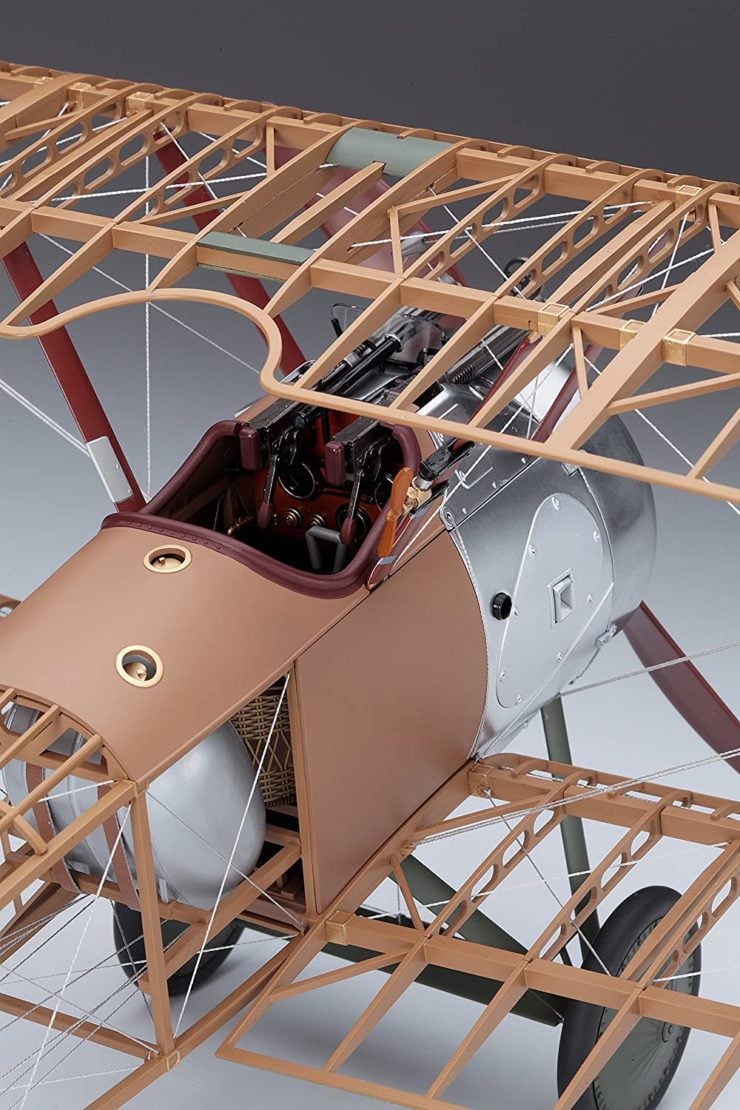