Just one Sbarro Super Eight was ever built, it’s powered by a mid-mounted Ferrari 308 V8 producing 260 hp and the car uses the original Ferrari 5-speed gearbox with its gated shifter.

Switzerland-based Sbarro built the Super Eight in 1984 and showcased it at the Geneva Motor Show that year as a follow on to the 1981 Sbarro Super Twelve – a similar looking car that was powered by a Kawasaki V12.

This V12 had been developed by using two Kawasaki 6-cylinder motorcycle engines mounted to a common crankcase and producing 240 hp, the engine was mounted transversely and power was sent through a chain primary drive to two 5-speed gearboxes which were operated by the same shifter. 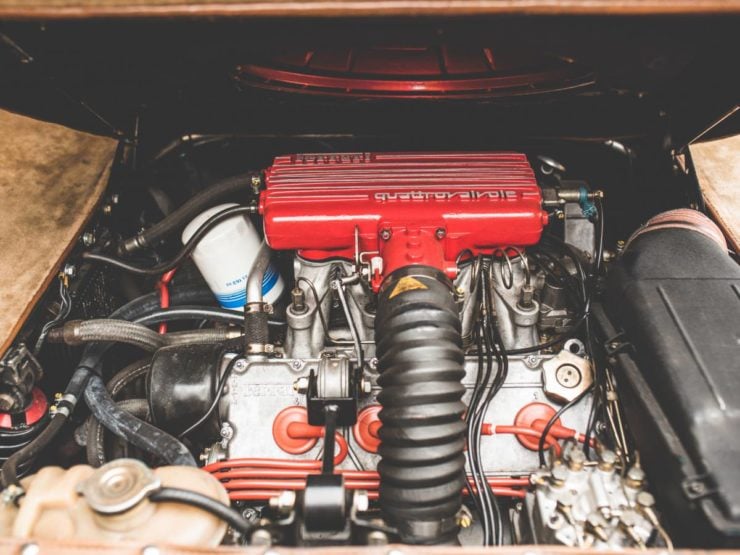 The Sbarro Super Twelve was extreme even by Sbarro standards, it used short gearing for blistering acceleration and had a top speed of 125 mph. Weight was kept as low as possible by using a tubular frame with fibreglass bodywork – a construction technique the company had perfected with their previous cars.

When Sbarro released the Super Eight in 1984 it was seen as a more civilised sibling to the Super Twelve, despite the fact that it produced 20 more horsepower. This was because the 3.0 litre Ferrari V8 (from a 308 GTB) was a more street-friendly engine with a wider torque curve better suited to regular use on the road.

The Sbarro Super Eight is memorable for a number of reasons not the least of which is that the car may be the most perfect distillation of 1980s automobile design extant. It’s also a member of that rare family of mid-engined hatchbacks which grew in popularity in the 1980s thanks in part to the homologation rules of Group B rally.

Sbarro isn’t as well known nowadays as it probably should be, the Swiss automaker was founded by Franco Sbarro in 1971. It’s always been a small company but this didn’t stop it from producing some truly show-stopping cars over the years, including the Super Twelve and Super Eight of course, as well as the Sbarro Espera ESP 9, the Sbarro Challenge I, and the Sbarro 4×4+2 Concept from 2018. 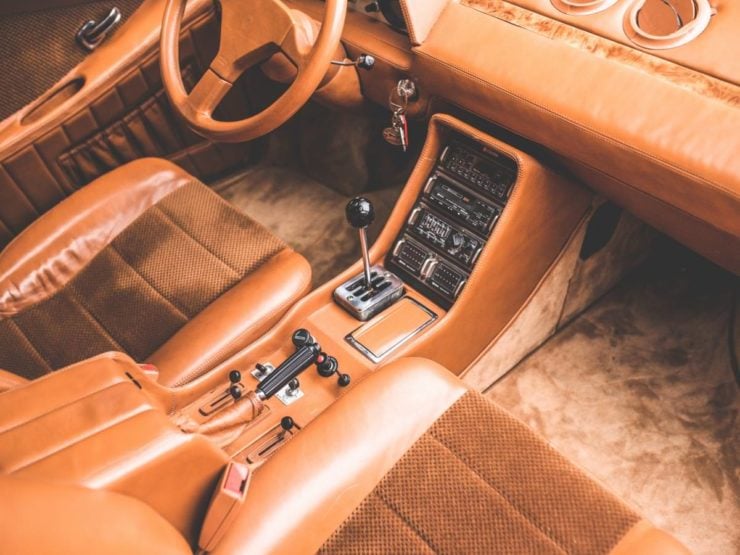 Image: The car has the original Ferrari gated shifter and 5-speed gearbox.

Inside the Sbarro Super Eight you’ll find an interior that wouldn’t look out of place on a period Ferrari including two seats, a fully equipped dashboard, a centre console with an AM/FM/cassette stereo, an ashtray, a cigarette lighter, and a number of other features.

The rear window is an opening hatch, inside you’ll find a carpeted interior, and the spare tire is mounted atop the engine cover. When the engine cover is opened it exposes the transversely mounted Ferrari V8, and up front you’ll find a small trunk under the hood, though it’s not big enough to accomodate anything larger than a soft weekend bag.

If you’d like to add the Sbarro Super Eight to your garage I have some good news, it just popped up for sale with Speed Eight Classics and yes, it is road legal (Dutch registration). It currently has 27,243 kms (16,928 miles) on the odometer and it benefits from a recent servicing including new cam belts and fuel lines.

There’s no price listed however it’s probably worth noting that any future owner will become an instant celebrity at any car show or meet up, not to mention the fact that they’ll be the undisputed king of Radwood.

If you’d like to read more about the car or enquire after buying it you can click here to visit the listing. 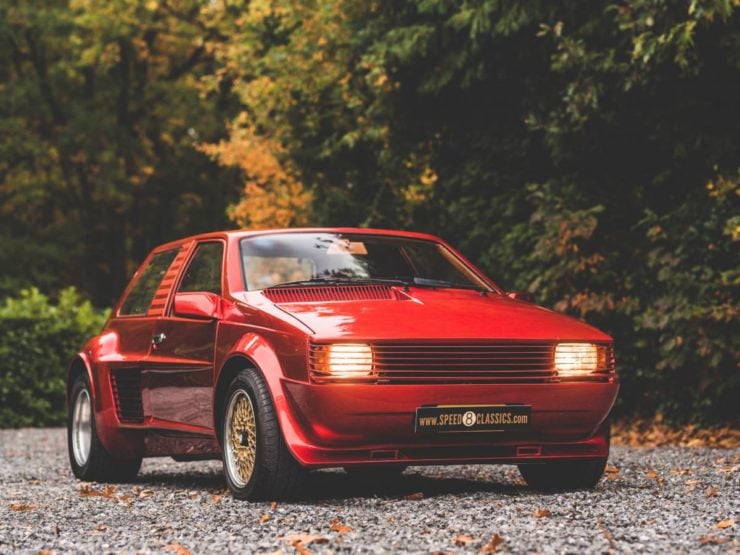 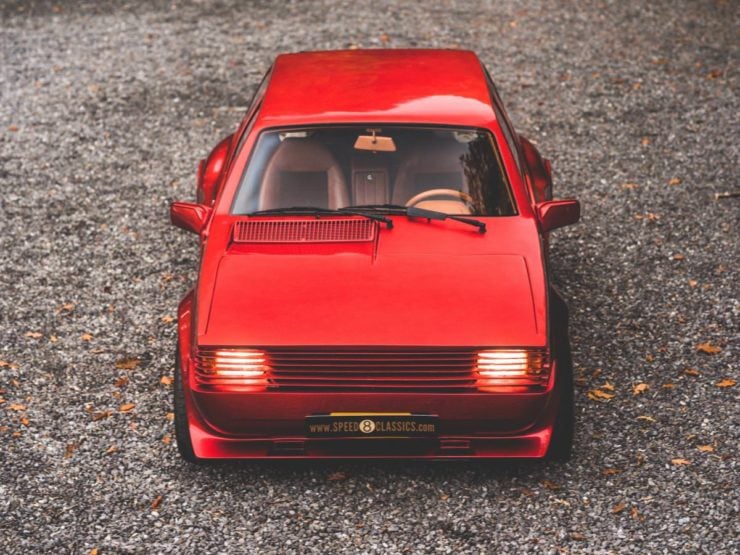 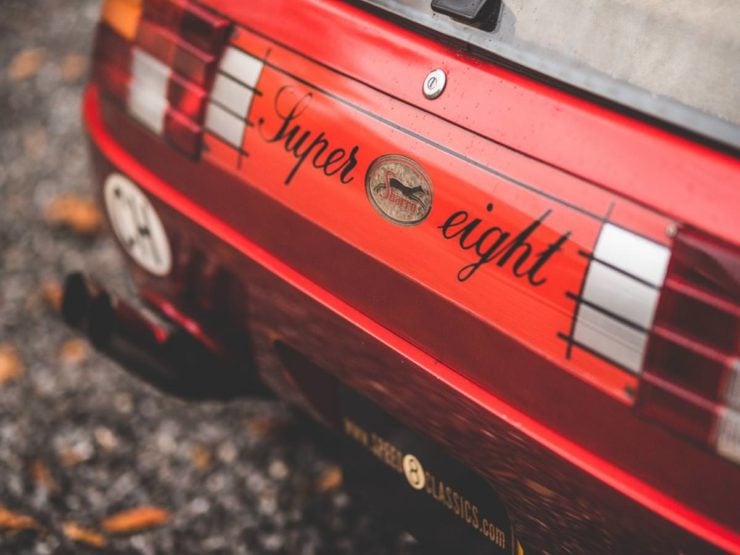 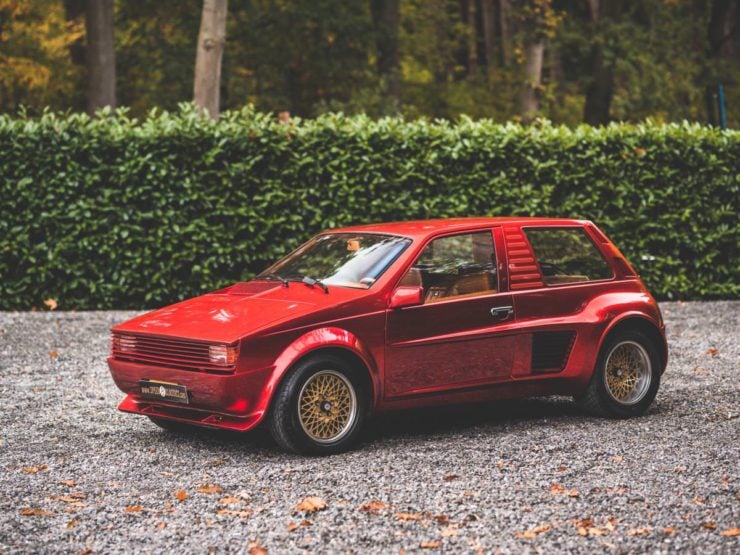 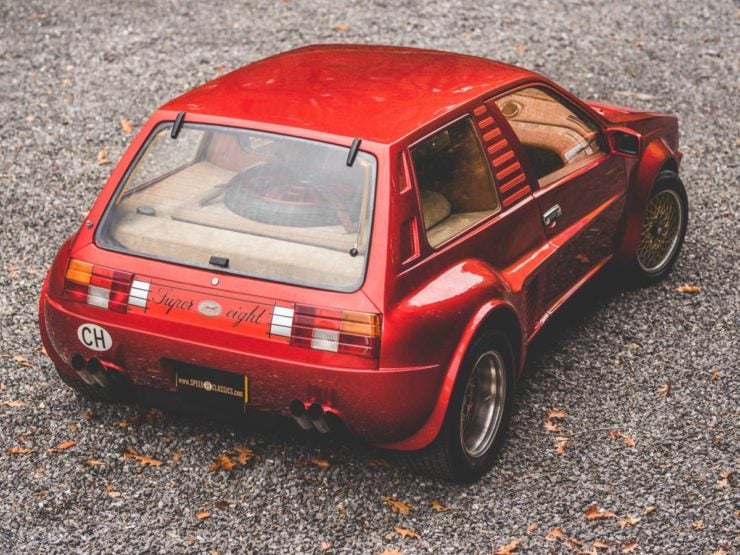 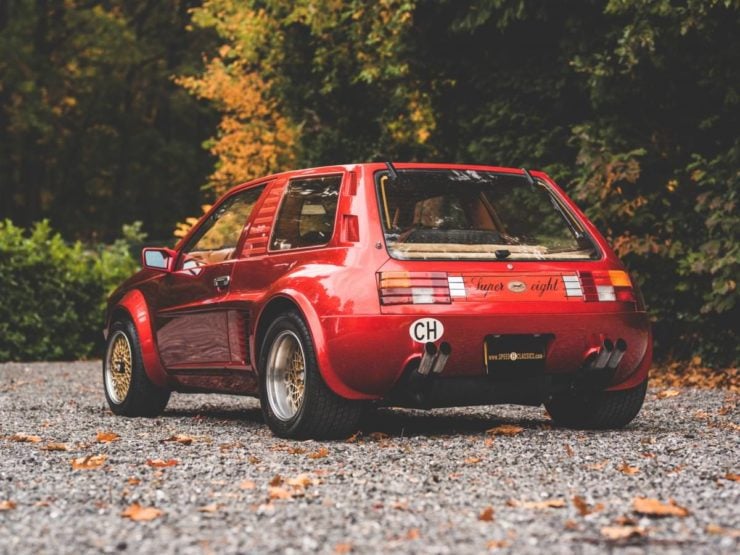 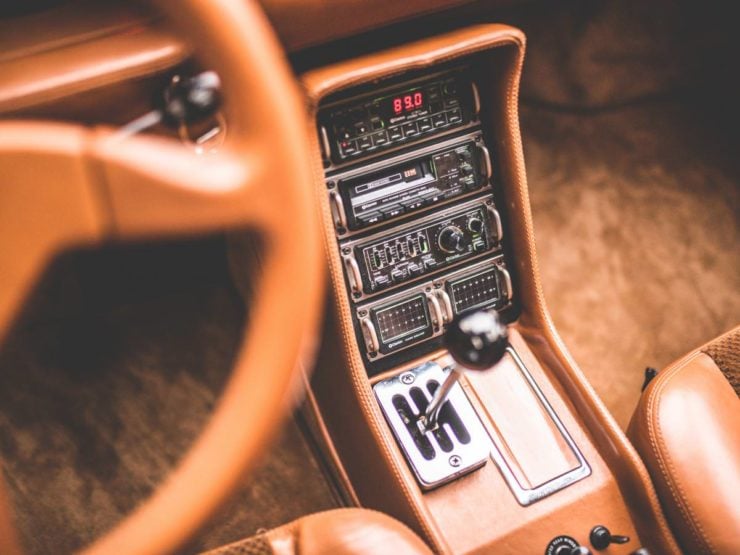 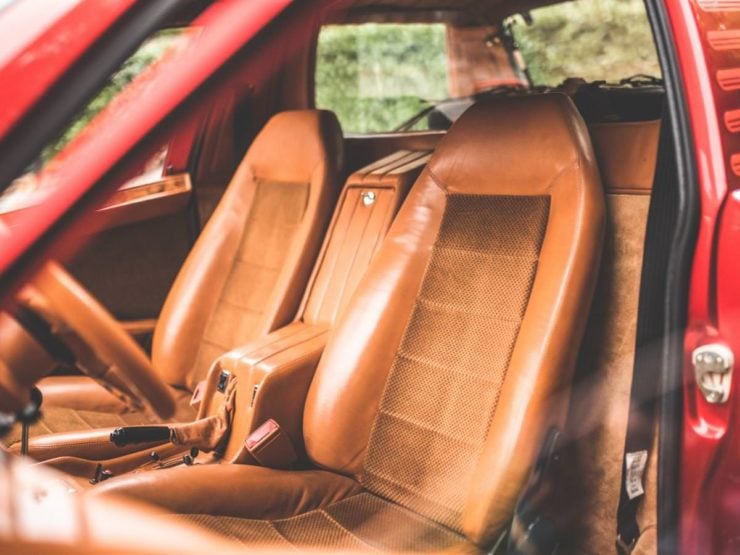 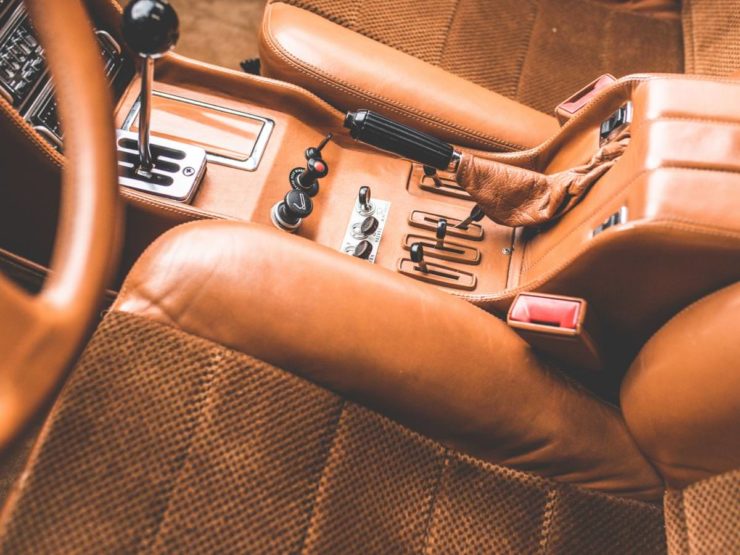 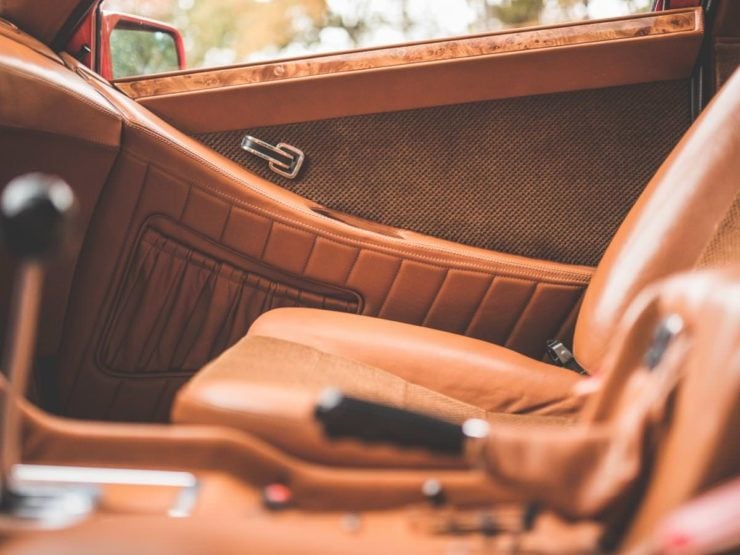 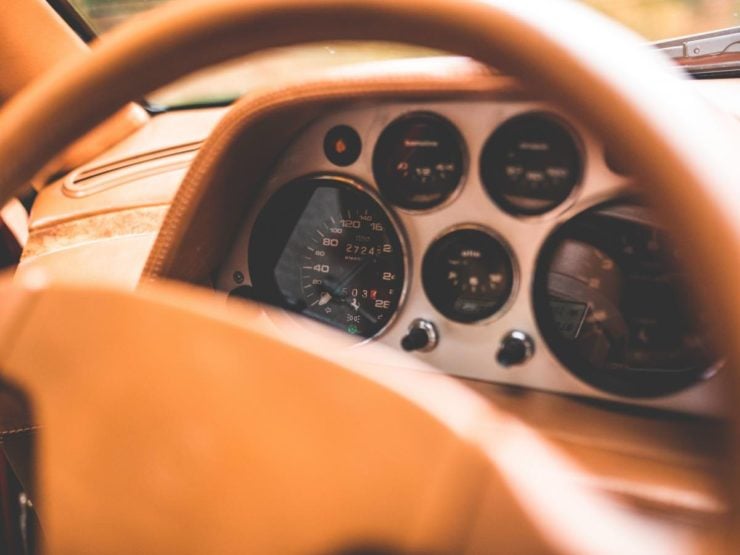 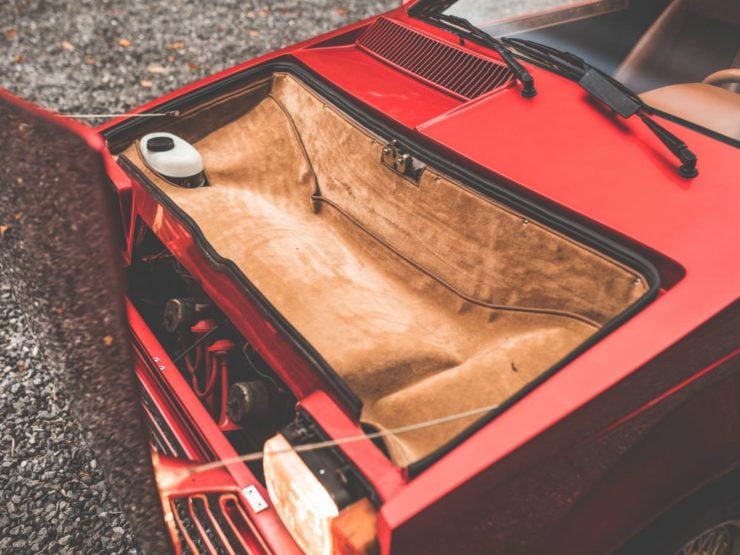