The Leather Bifold Wallet by Harber London was developed to look like a classic leather men’s wallet from the outside, however inside it packs RFID protection to help keep you safe from the increasing risk of RFID sniffing devices that can clone your cards while your wallet is still in your pocket.

As the company name suggests, Harber London is based in London. They have a workshop in Spain that produces all of their products, utilizing Spain’s large leather working industry.

The Leather Bifold Wallet is made from full grain vegetable tanned cowhide, it has a slim low-price design to avoid the George Costanza effect, and it’s designed to neatly fit most major global currencies including US dollars, British pounds, and Euros. 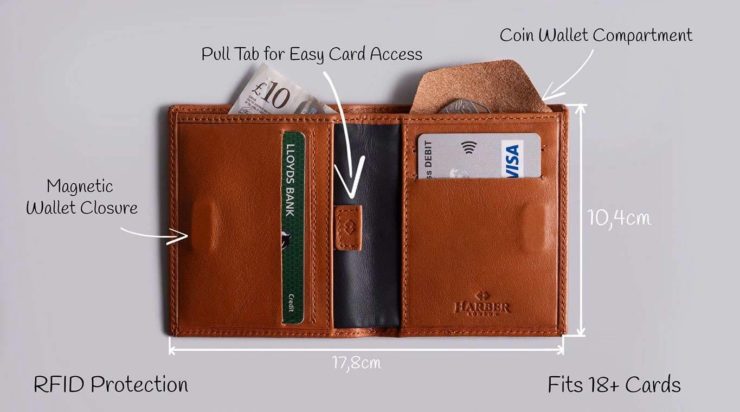 As mentioned above, each one of these wallets offers discrete, built-in RFID protection as well as a magnetic main closure, and a pull tab for easy card access. The wallet can accomodate up to 18 cards as well as notes, and there’s a coin compartment built in. 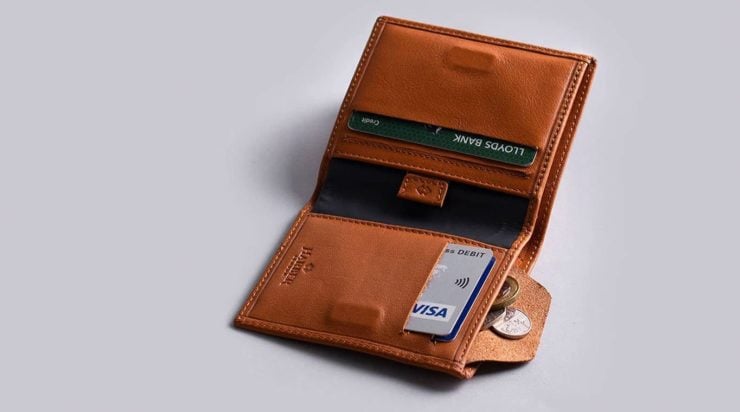