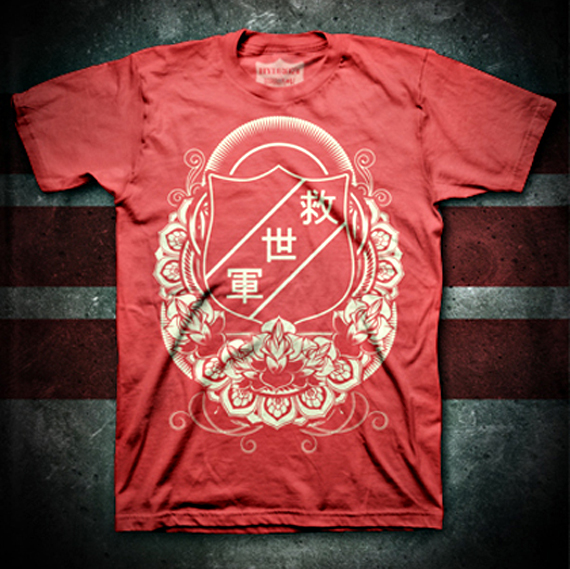 This official Salvation Army tee was designed by Joshua Smith aka Hydro 74 and is available now for $20 USD, 100% of the proceeds go straight to helping Japan so if you’ve been looking for something to wear under your leathers, this might just be it.

Alternatively, you can text the word “Quake” or “Japan” to 80888 to make a $10 gift for disaster relief and response in Japan through The Salvation Army World Services Office.