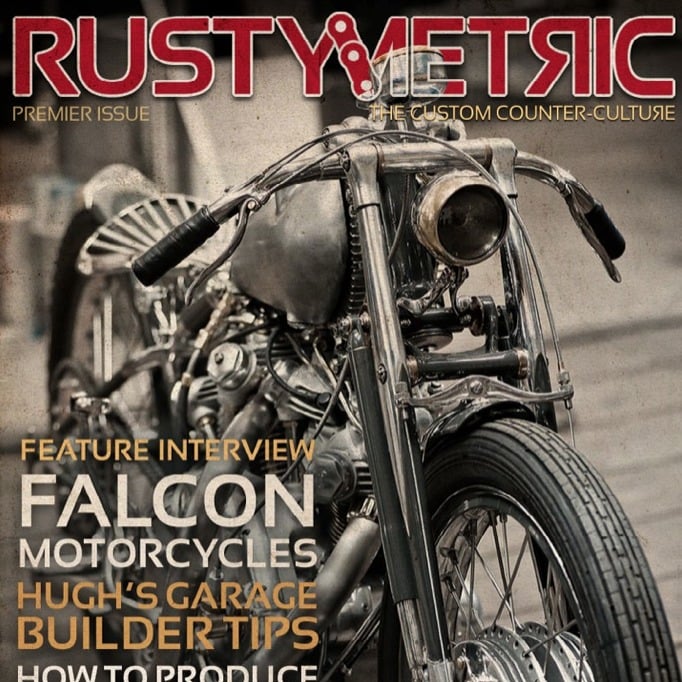 RustyMetric, the new magazine from the iconic editor of BikerMetric, Trent Reker, is now officially for sale. The 99c 68-page publication is quite literally stacked with bike related articles, features and photography as well as a nice big piece on the new motorcycle from Falcon, RustyMetric also comes with 5 free tunes (in mp3 form) from up and coming artists.

I like to support non-corporate media, especially non-corporate motorcycle media, so RustyMetric will be a regular read for myself and many others. If you’ve got 99c burning a hole in your pocket (if you don’t, take a look in the sofa cushions) head over to RustyMetric and grab yourself the inaugural copy. 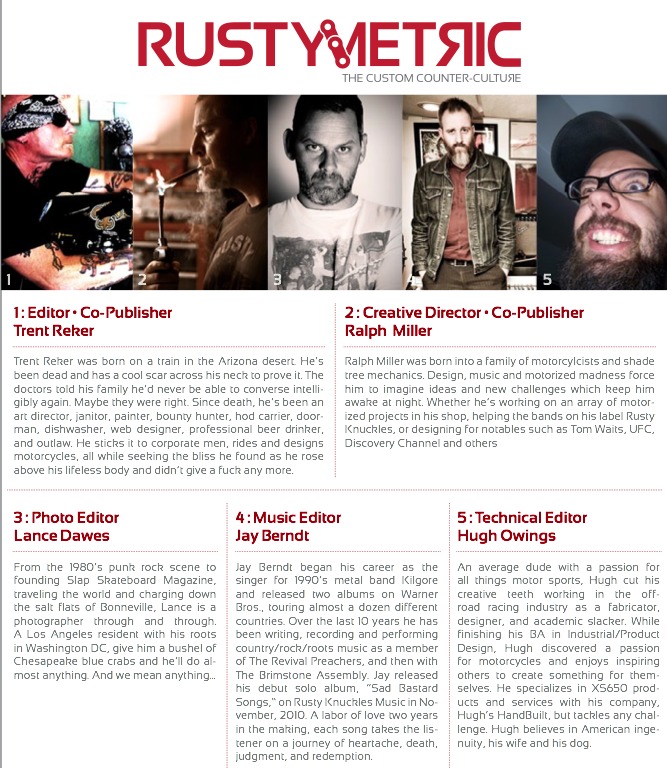