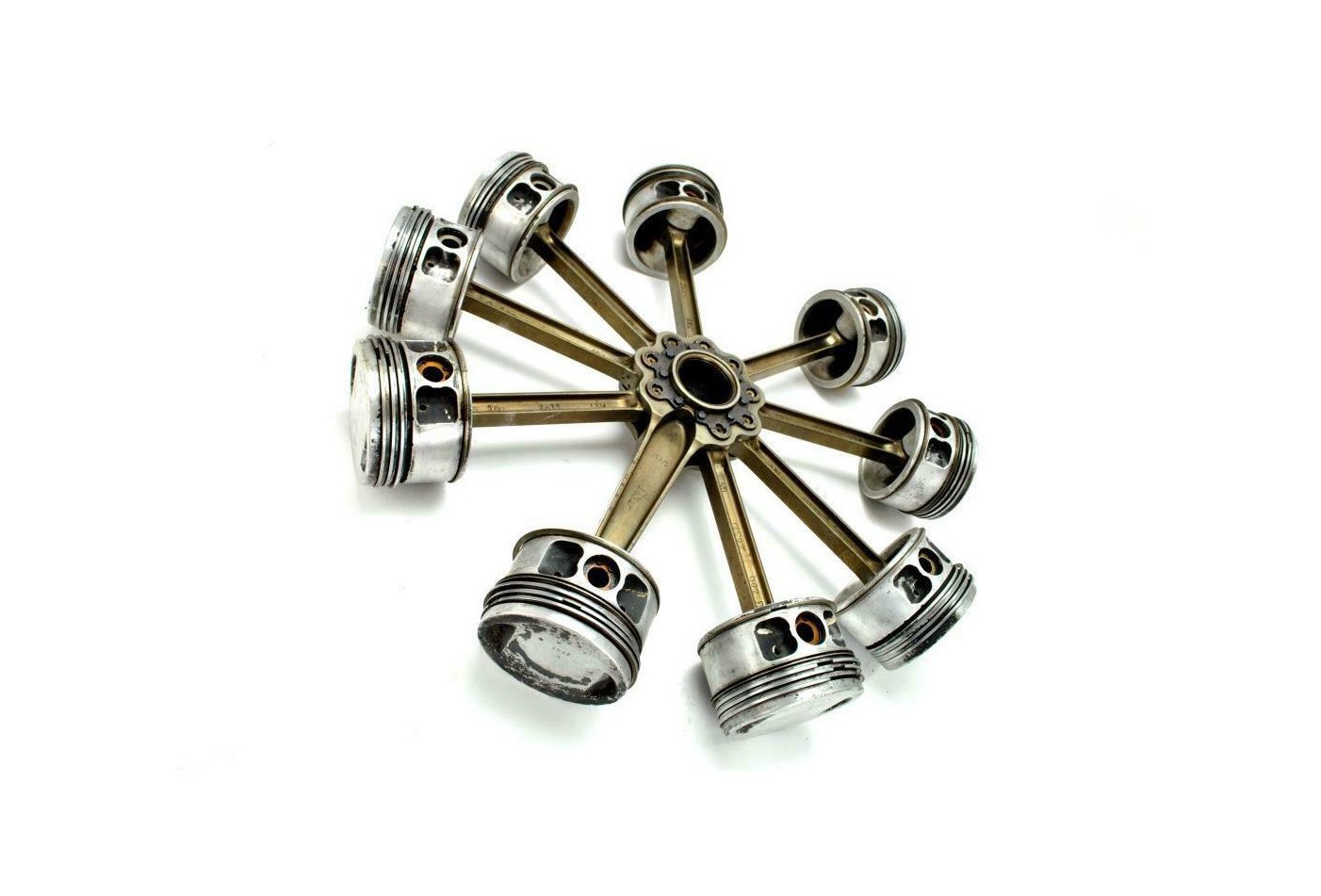 This is a full set of pistons and conrods from a Russian Vedeneyev M14P aircraft radial engine, they’re fully assembled and the whole lot is available for sale on eBay for the not insignificant price of $1,250 USD.

Although to be fair to the seller, in the world of aircraft engineering that price tag is considered chump change.

The Vedeneyev M14P is a 9-cylinder, four-stroke, air-cooled radial engine producing up to 360 hp in original factory tune, but capable of 400 hp to 460 hp with aftermarket upgrades. The engine was fitted to a remarkable array of aircraft from the WWII period onwards, notably it was used in the Yakovlev Yak series aircraft, a range of Sukhoi aircraft, the Murphy Moose, the Altitude Radial Rocket, the Pitts Model 12, and many others. 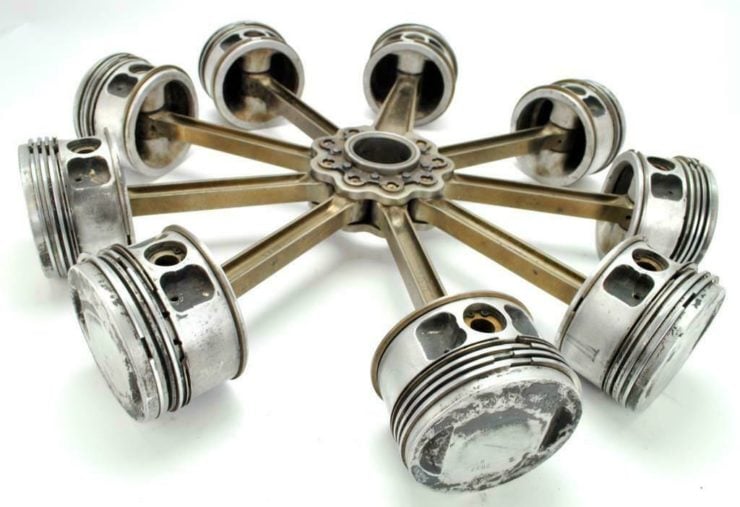 The engine has a dry weight of 214 kgs (472 lbs), a displacement of 10.16 litres (620 cubic inches), and a compression ratio of 6.3:1. The intake system incorporates a gear driven supercharger, the engine has an automatic-mixture floatless carburettor, and power is transmitted to the propeller via a 0.658:1 reduction gearbox.

This set of conrods and pistons includes the full set, all nine pistons and nine conrods, including the master conrod and eight standard conrods. Interestingly the master conrod has a ring at the bottom that the other eight conrods connect to, keeping them all directly mechanically linked.

This set comes from a previously working engine and as such it’s still got oil and grease on it, the seller explains that it’ll need to be cleaned if the buyer intends to use it as a display piece. In total the whole lot weighs in at 14.3 kilograms and it has a total diameter of 57 centimetres. 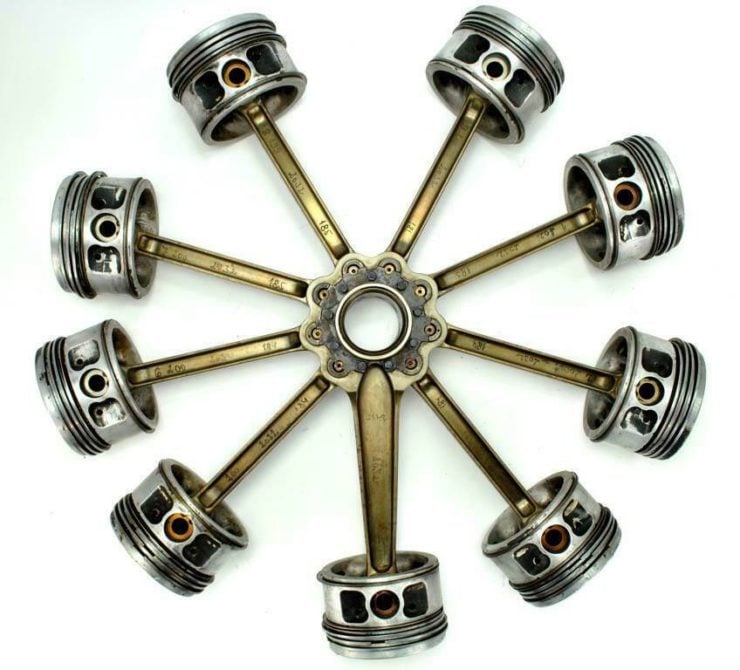 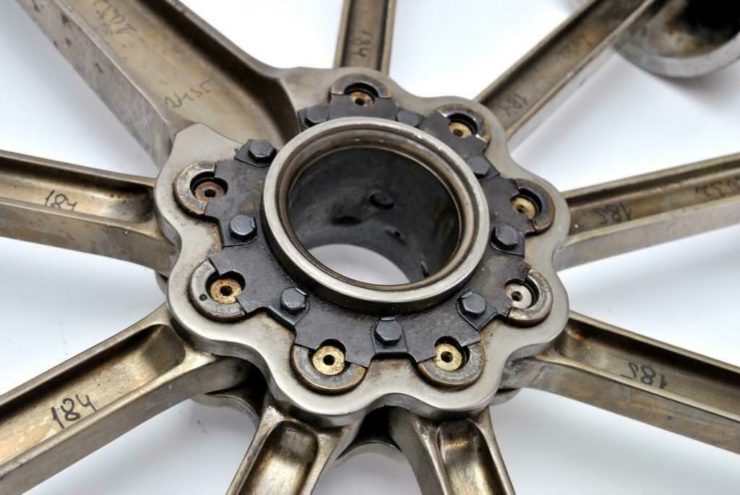 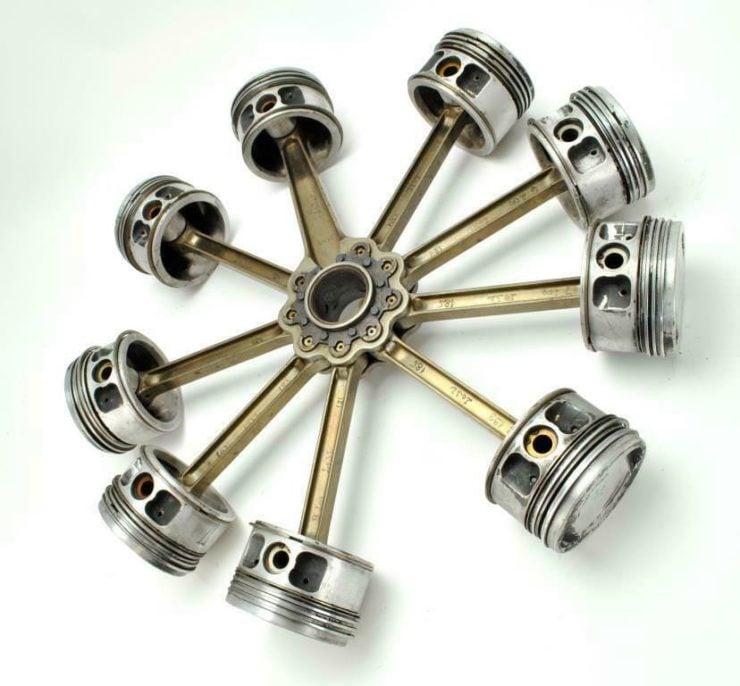 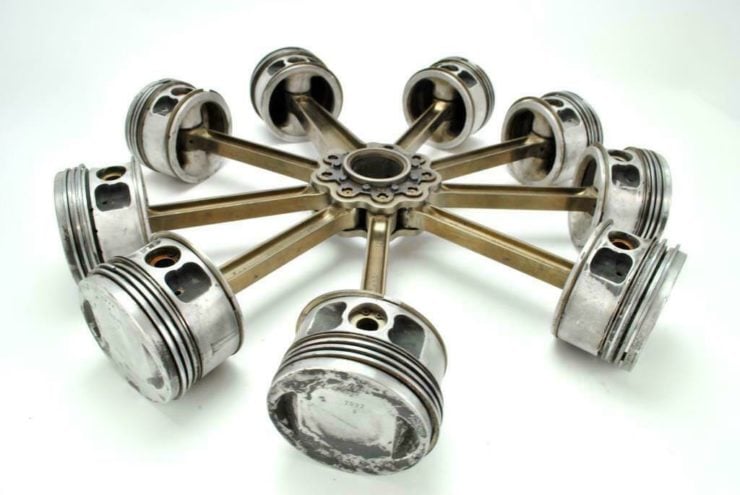 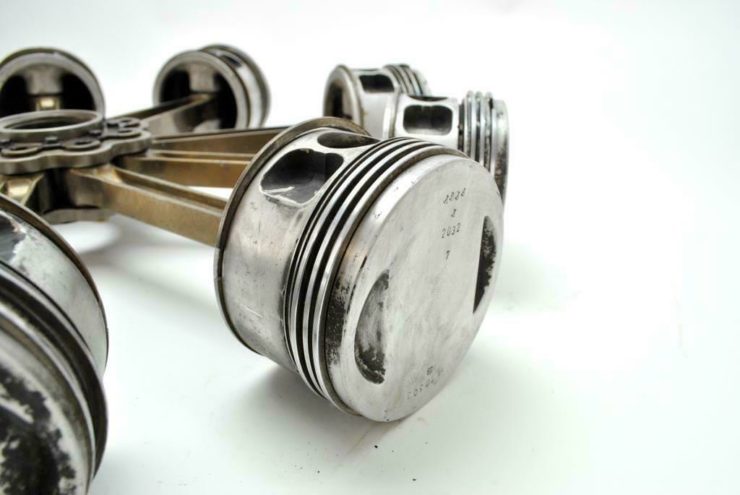 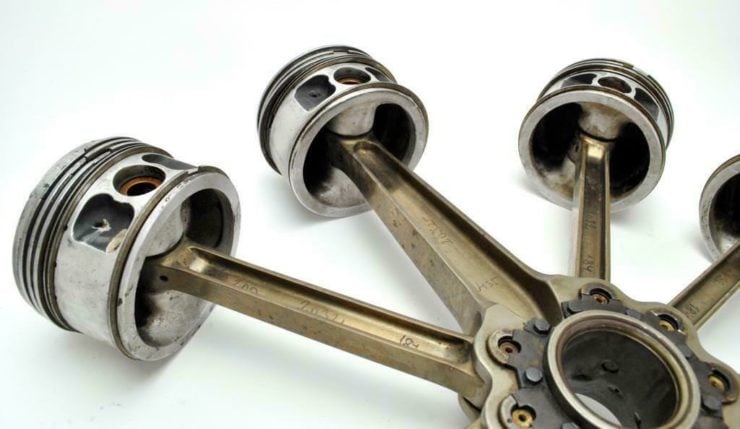