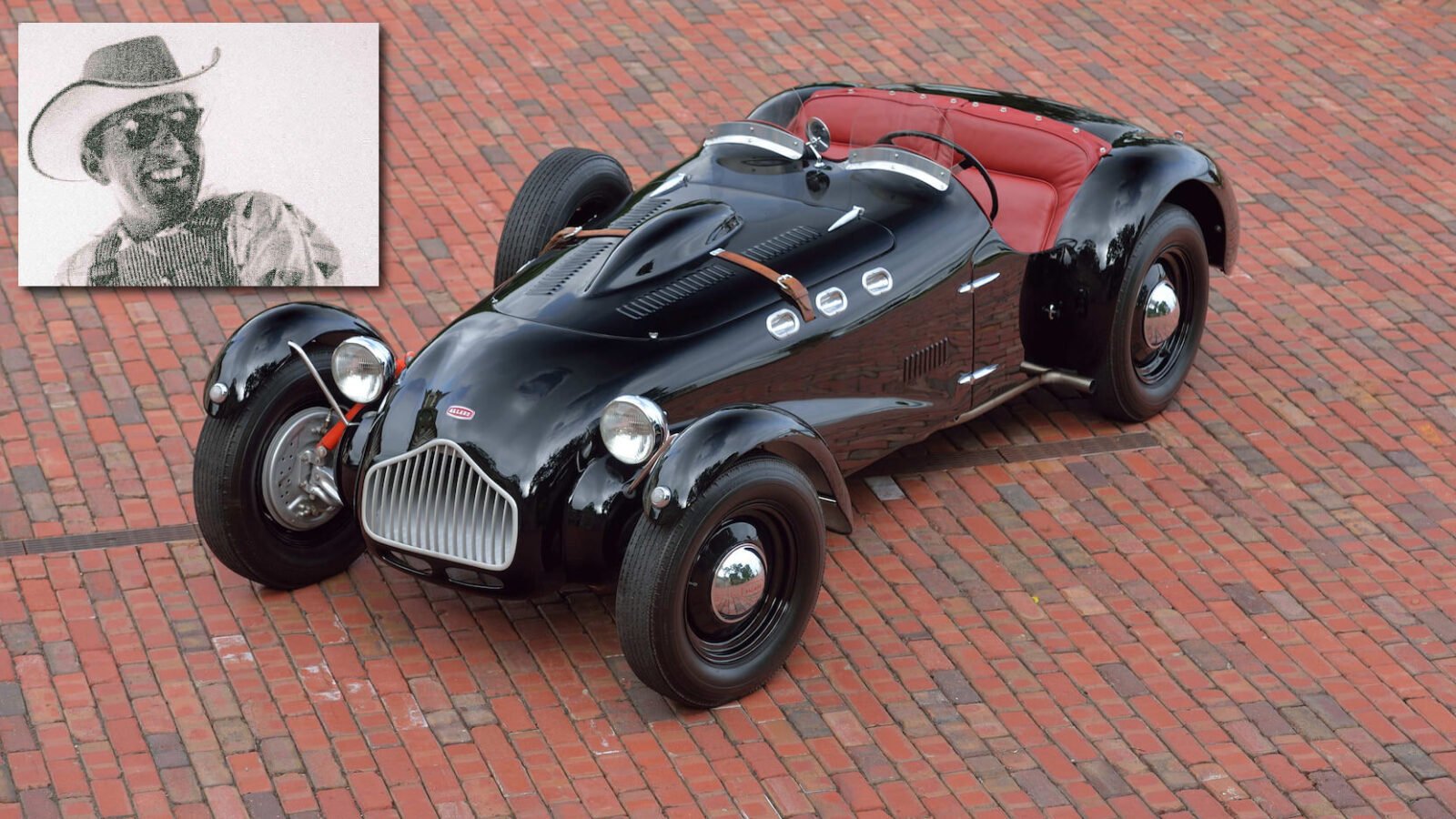 The Allard J2 you see here is the car that helped launch Carroll Shelby’s racing career back in March 1952 at the SCCA-sanctioned Pottsboro Hill Climb in Grayson County, Texas.

At the time Shelby was a little-known amateur racer but he wrestled the Allard J2 to a win in Pottsboro, before driving it again to two more victories in SCCA regional races. Shelby’s career after this was astonishing, despite his heart condition he would take a slew of race wins in the United States and Europe, culminating with a win at the 24 Hours of Le Mans in 1959 with Roy Salvadori.

“I’m not going to quarrel with anyone who might feel like calling this machine a hairy brute, once you got to know its temperament and master some of its oddball traits, it took something costing twice as much to beat you” – Carroll Shelby 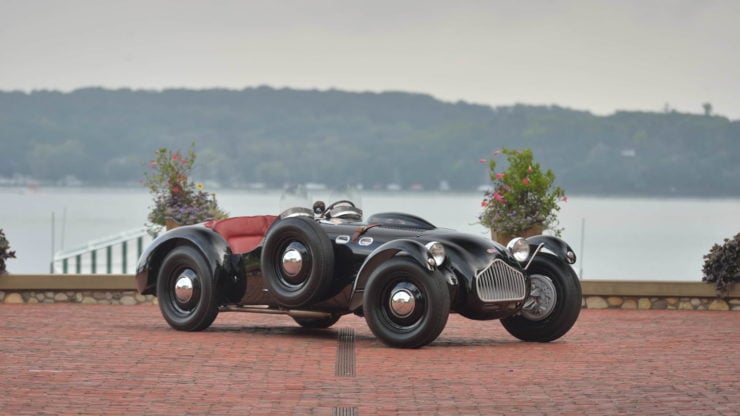 It’s widely thought that Shelby’s time racing the Allard J2 stayed with him, the car is a lightweight British sportscar with a big American V8 providing effortless power and torque. This combination of a British car with its great handling and low curb weight, coupled to a powerful and inexpensive American engine would form the basis of the Shelby Cobra – the car Shelby is perhaps most famous for.

The Allard J2 was developed by Sydney Allard and his team in the late 1940s, it was first offered for sale in 1949 and it was largely targeted at the American market. Sydney Allard was an accomplished racing driver himself in a variety of disciplines including drag racing, three-wheeler racing, and regular automobile racing.

During WWII he was nearly killed with his family during a Nazi bombing raid over London where he was based at his family business repairing military vehicles for the war effort.

After WWII he returned to his passion of building and racing cars, he founded the Allard Motor Company and built a series of cars over a period of 10 years that would forever change the world of sports cars. Both Carroll Shelby (father of the Shelby Cobra and the Sunbeam Tiger) and Zora Arkus-Duntov (father of the Corvette) drove Allards in competition, firmly establishing the positive attributes of a lightweight car with good handling and a powerful V8 in the minds of both men. 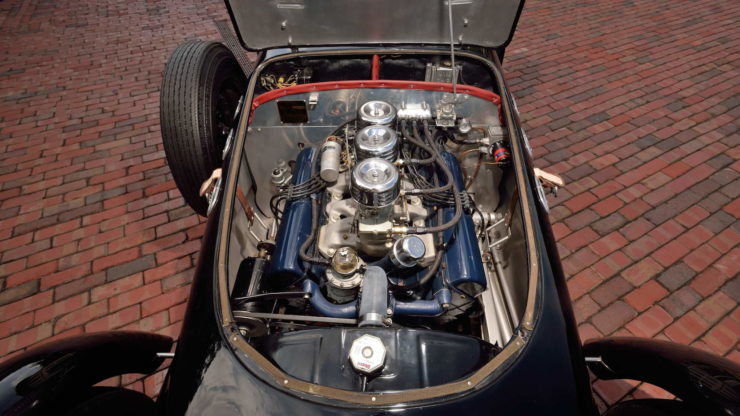 Just 90 examples of the Allard J2 would be built, the car would typically be finished and sent to the United States without an engine or gearbox which would be fitted as per the dealer or customer’s specification. A wide range of engines were fitted, commonly Oldsmobile, Chrysler, or Cadillac V8s.

The Allard J2 you see here had an illustrious early life in the hands of Carroll Shelby, it remained in competition well into the 1960s before being restored in the 1970s. It’s still fitted with what is believed to be its original 331 cu. in. Cadillac V8 topped with triple Stromberg 48 carburettors, a vintage Weiand intake, and there’s a Crane Competition camshaft tucked deep into the vee. Power is sent through a Ford 3-speed manual transmission to a De Dion rear end.

Since it was restored the car has been shown at various events including the 1997 Monterey Historic races, fittingly Carroll Shelby was the honouree that year and he was reunited with the car that started him on his journey.

This car is now coming up for sale with Mecum, it’s one of the main attractions at the upcoming Indy 2020 auction due to be held in mid-July. If you’d like to read more about it or register to bid you can click here to visit the listing. 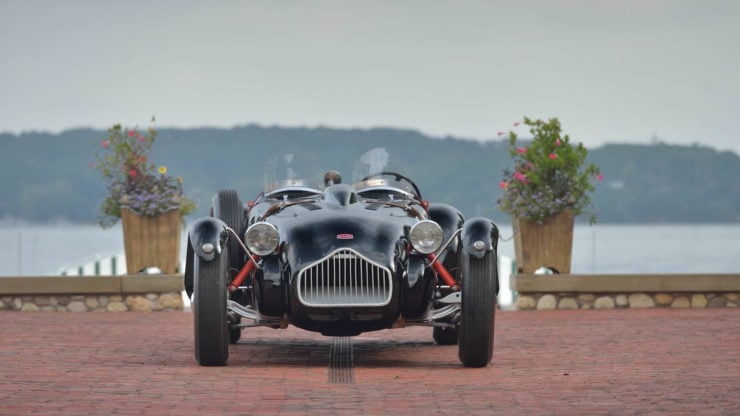 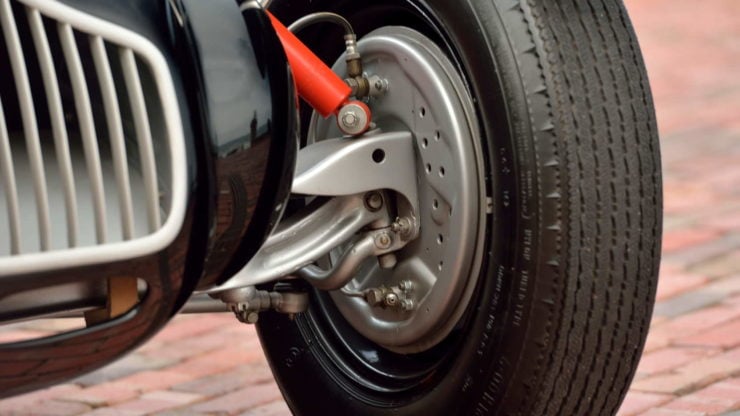 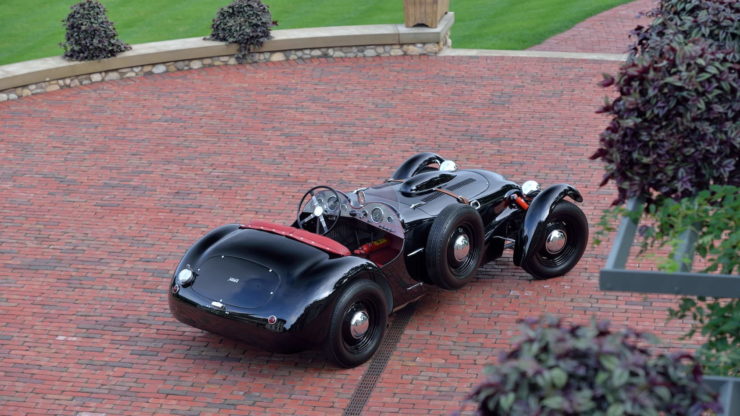 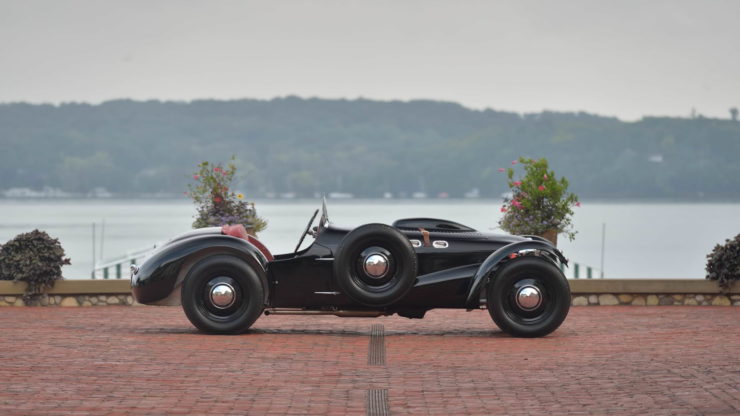 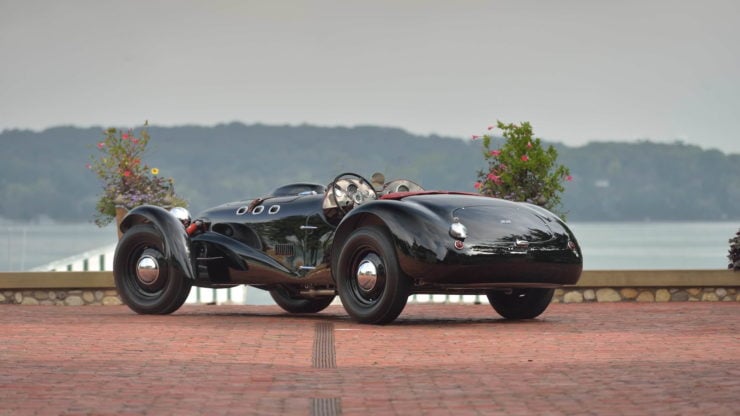 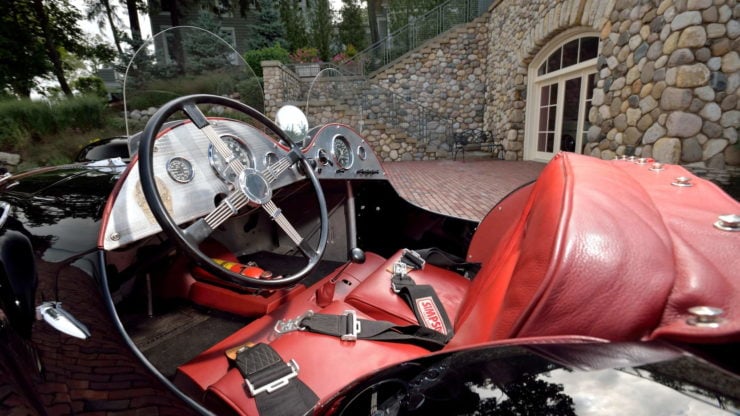 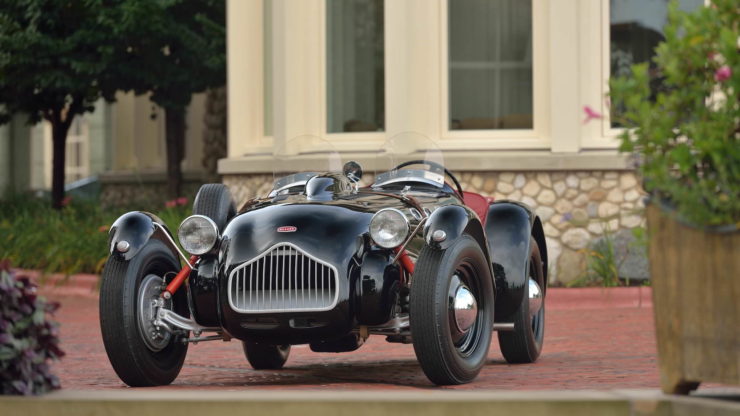 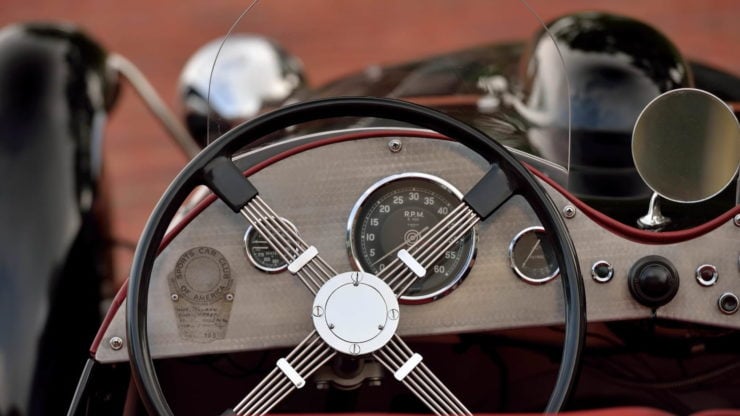 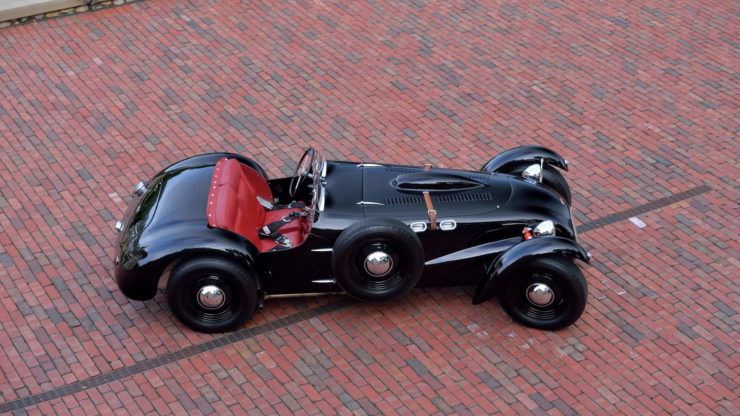 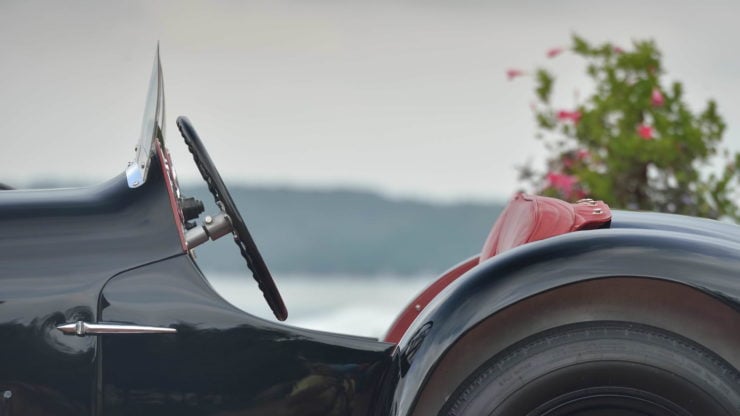 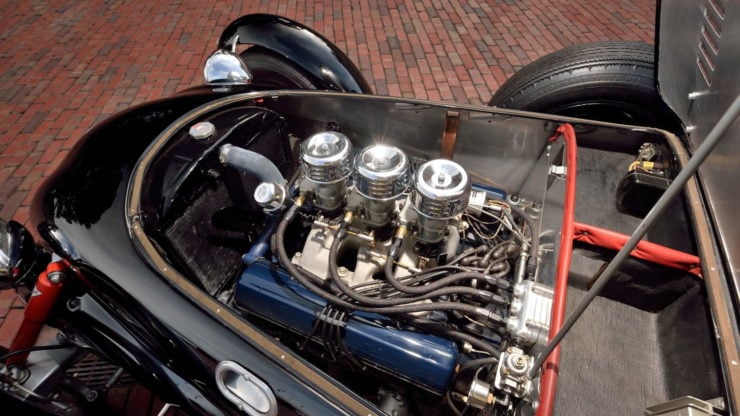 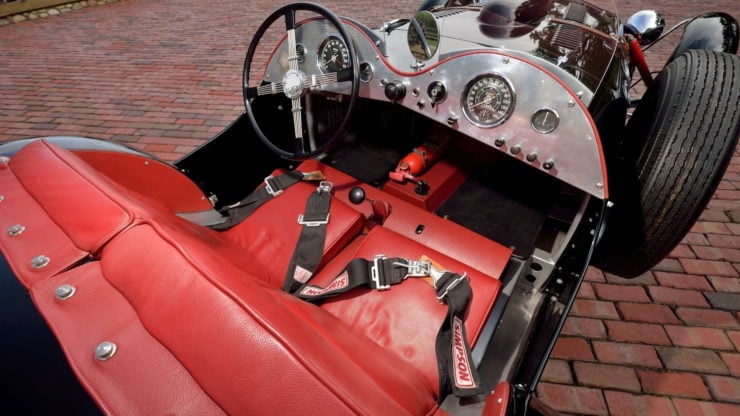 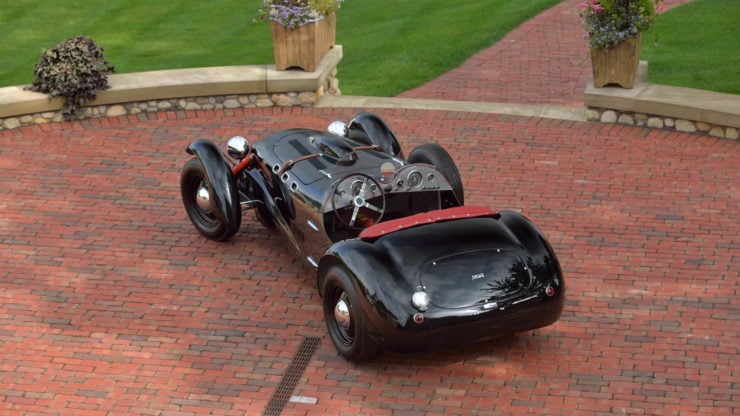 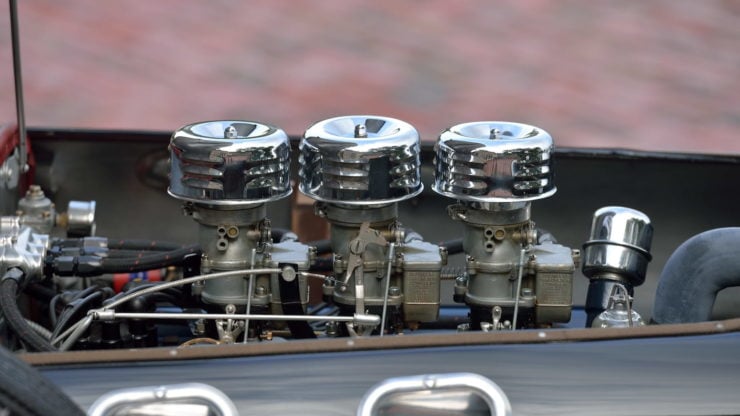 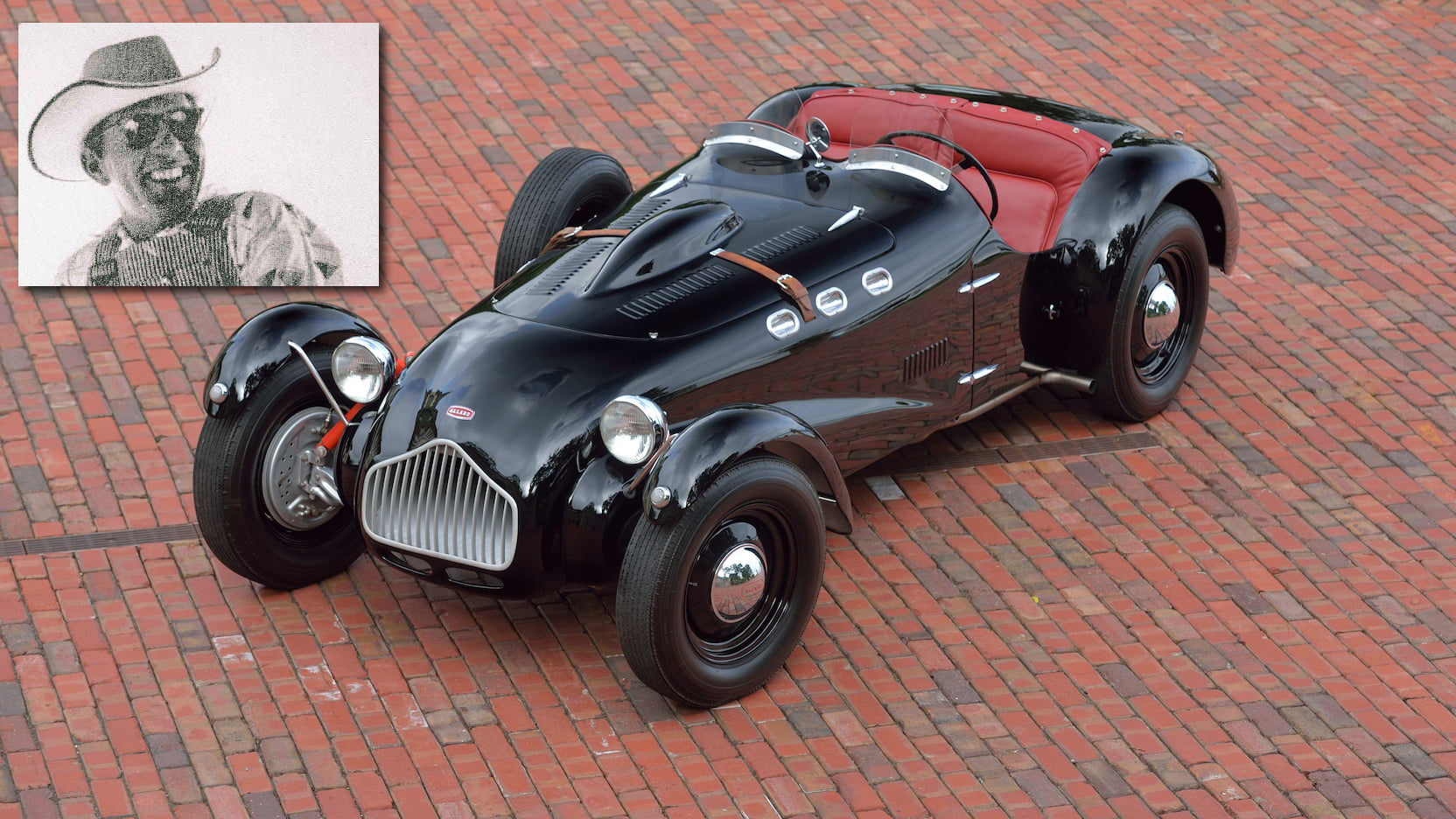