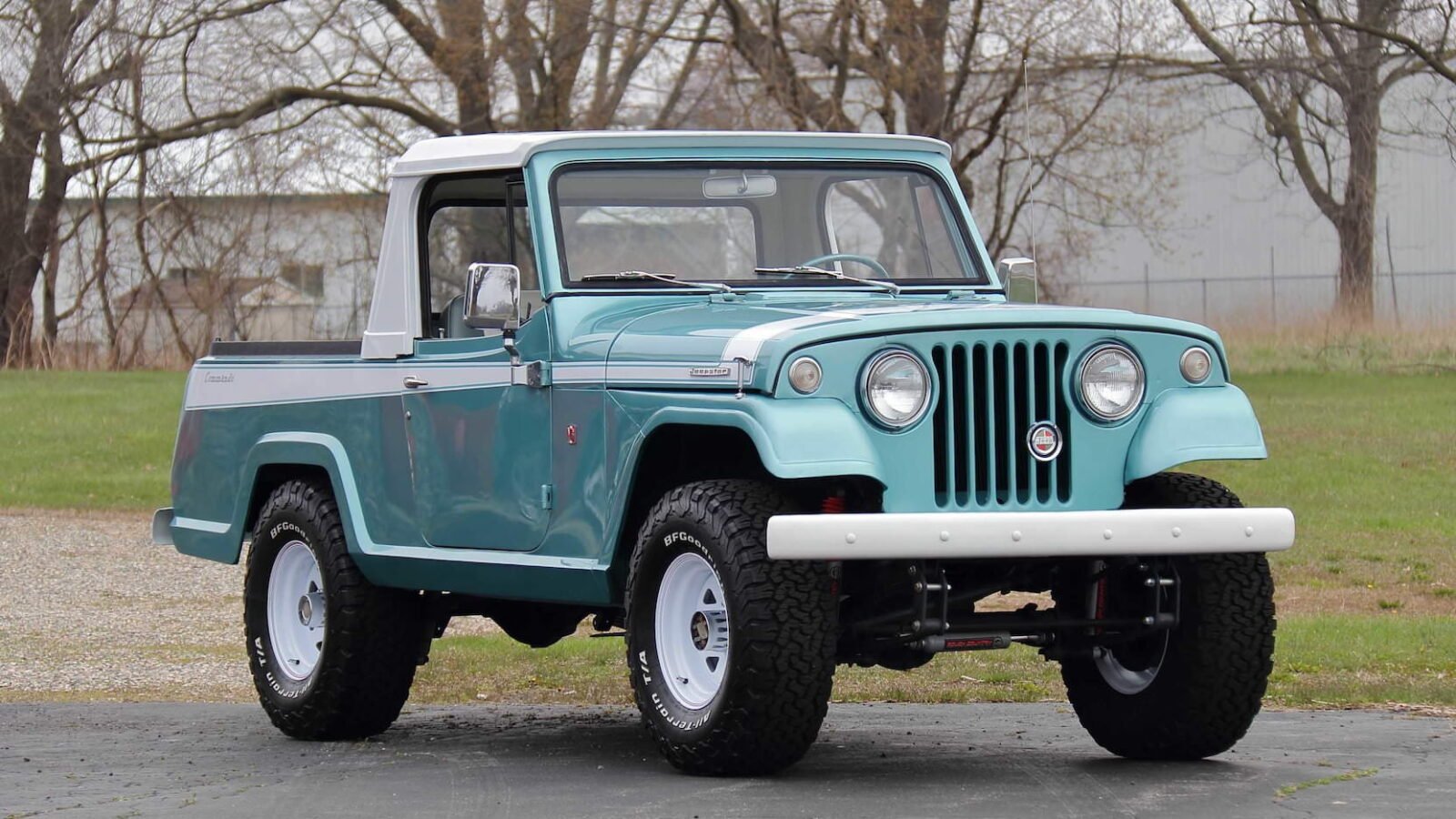 The Jeepster Commando was released by Kaiser Jeep in 1966 as a 4×4 focussed more on the leisure market, specifically to compete with other popular SUVs from the period like the Ford Bronco, the International Harvester Scout, and the Toyota Land Cruiser.

Kaiser Jeep were already selling the Jeep CJ-5 (and later the CJ-6) in the 1960s however they felt they needed to new mid-sized 4×4 to take the fight to the competition – a new vehicle with a reputation for fun, adventures, and weekend trips to the beach.

The “Jeepster Commando” name was borrowed from two previous Jeep models, the Willys Jeepster of the 1950s and the Willys Commando Fire Truck. Engineers at Kaiser Jeep developed four new body styles for the new model: a pickup truck, a convertible, a roadster, and a wagon. 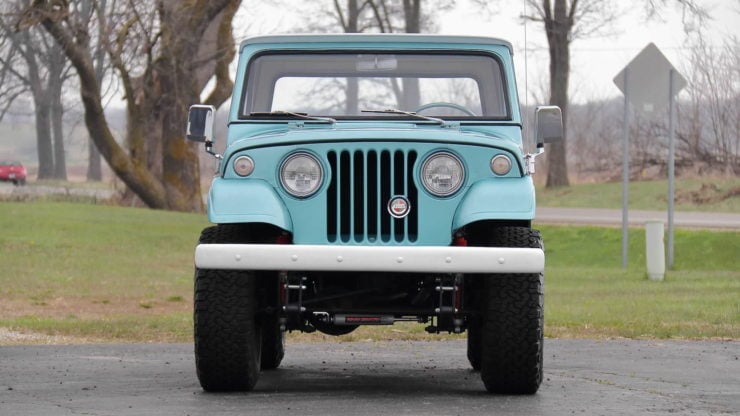 All four body types were fitted to the same 101 inch chassis and two engine options were offered, the standard engine was the 134 cu. in. (2,199cc) F-head Hurricane straight-4 with 75 hp at 4,000 rpm and 114 ft lbs of torque at 2,000 rpm. This was a development of the same Go Devil engine fitted to the Willys Jeep from WWII and its power output did leave something to be desired. The optional 225 cu. in. (3,692cc) Dauntless V6 produced 160 hp and 235 ft lbs of torque solved the power issue for many Commando buyers.

57,350 units of the first generation Jeepster Commando (C101) were sold from 1966 to 1971 before it was replaced with the less popular C104 model. In 1972 a new C104 was released with a completely redesigned front end that may have been inspired by the Chevrolet Blazer, they sold in very low numbers and the model was discontinued from 1974 onwards.

The original C101 Jeepster Commando has been enjoying a surge in popularity in recent years, a surge that’s also being enjoyed by the likes of the Bronco, the Scout, and the Blazer. As a result of this we’re seeing an increasing number of frame-off restored examples coming to market, giving a whole new generation of buyers the chance to buy an almost-new Commando for the first time in decades. 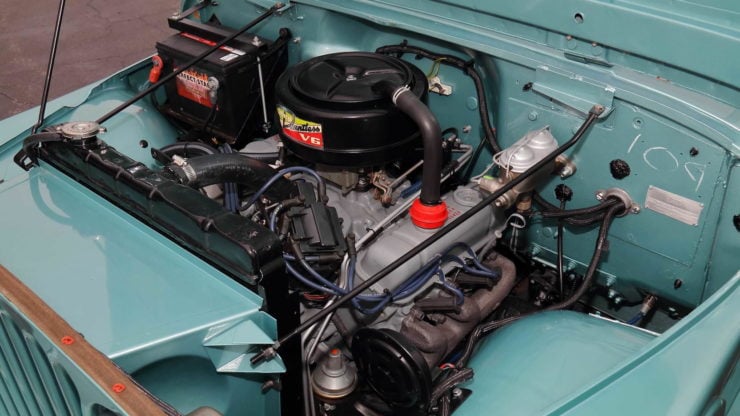 The 1967 Jeepster Commando you see here is a desirable first production year model that’s fitted with the much sought after 160 hp Dauntless V6 engine coupled to a 3-speed manual transmission. A number of subtle upgrades have been integrated during the frame-off restoration including new heavy duty Rough Country suspension and hefty BF Goodrich radial tires fitted to white steel wheels.

Inside the cab you’ll find two white and teal seats with black carpeting, white door cards and teal metallic surfaces that match the white and teal paintwork on the exterior. The white hardtop is removable and the front and rear bumpers are color coded white to match the overall paint scheme.

If you’d like to read more about this Commando or register to bid you can click here to visit the listing on Mecum, it’s being auctioned online until the 18th of July, and bidding is at $2,000 USD at the time of writing. 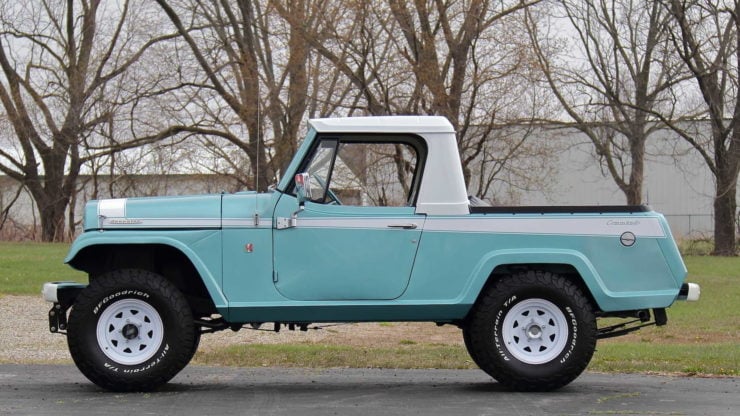 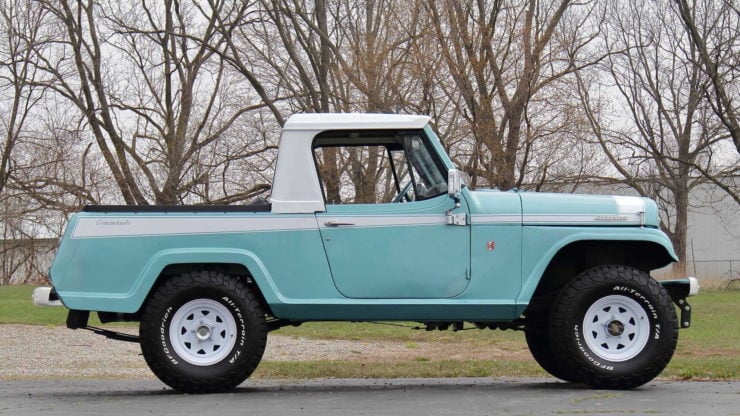 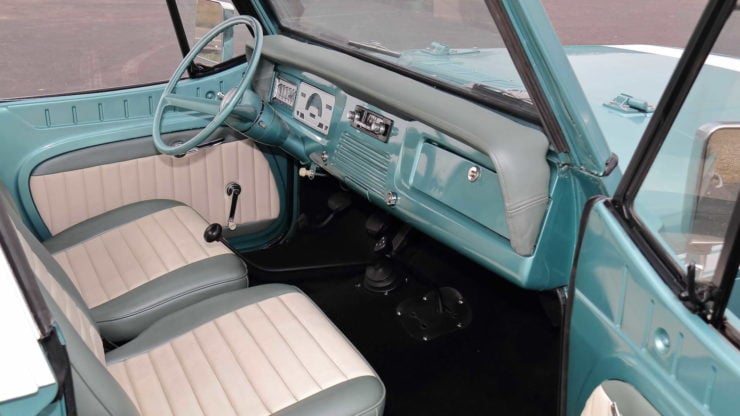 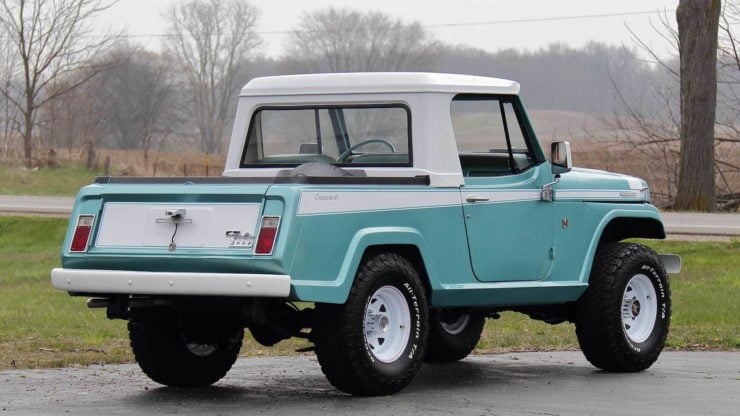 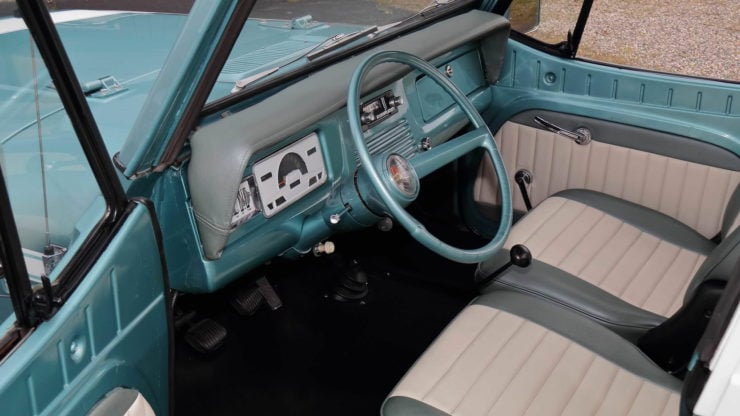 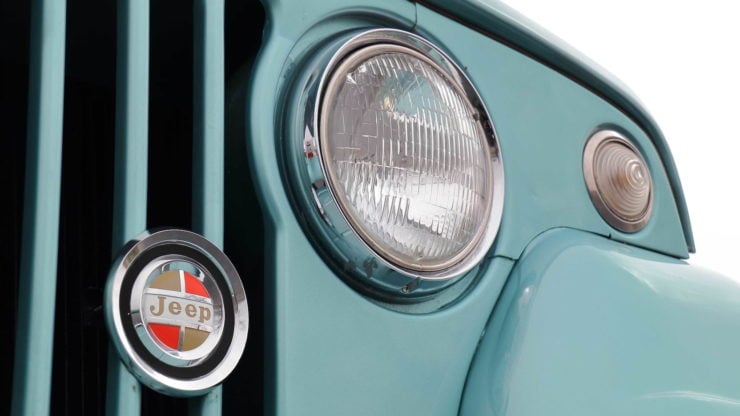 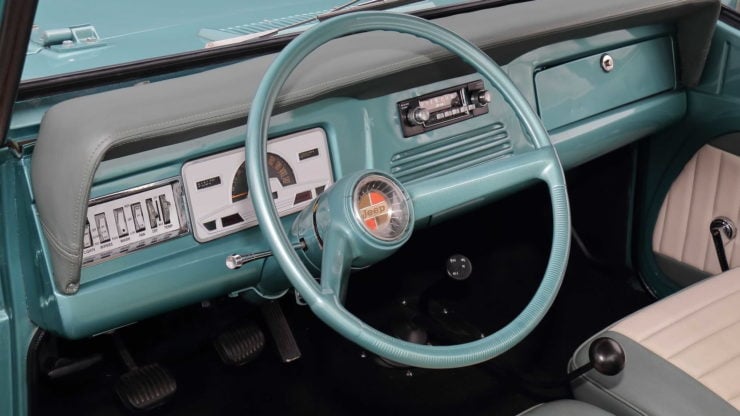 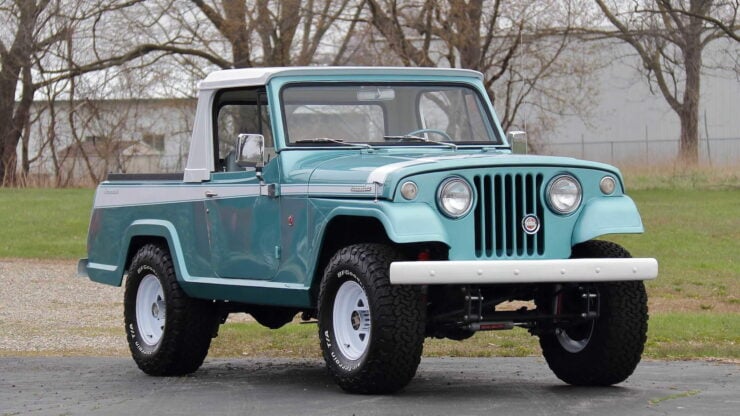 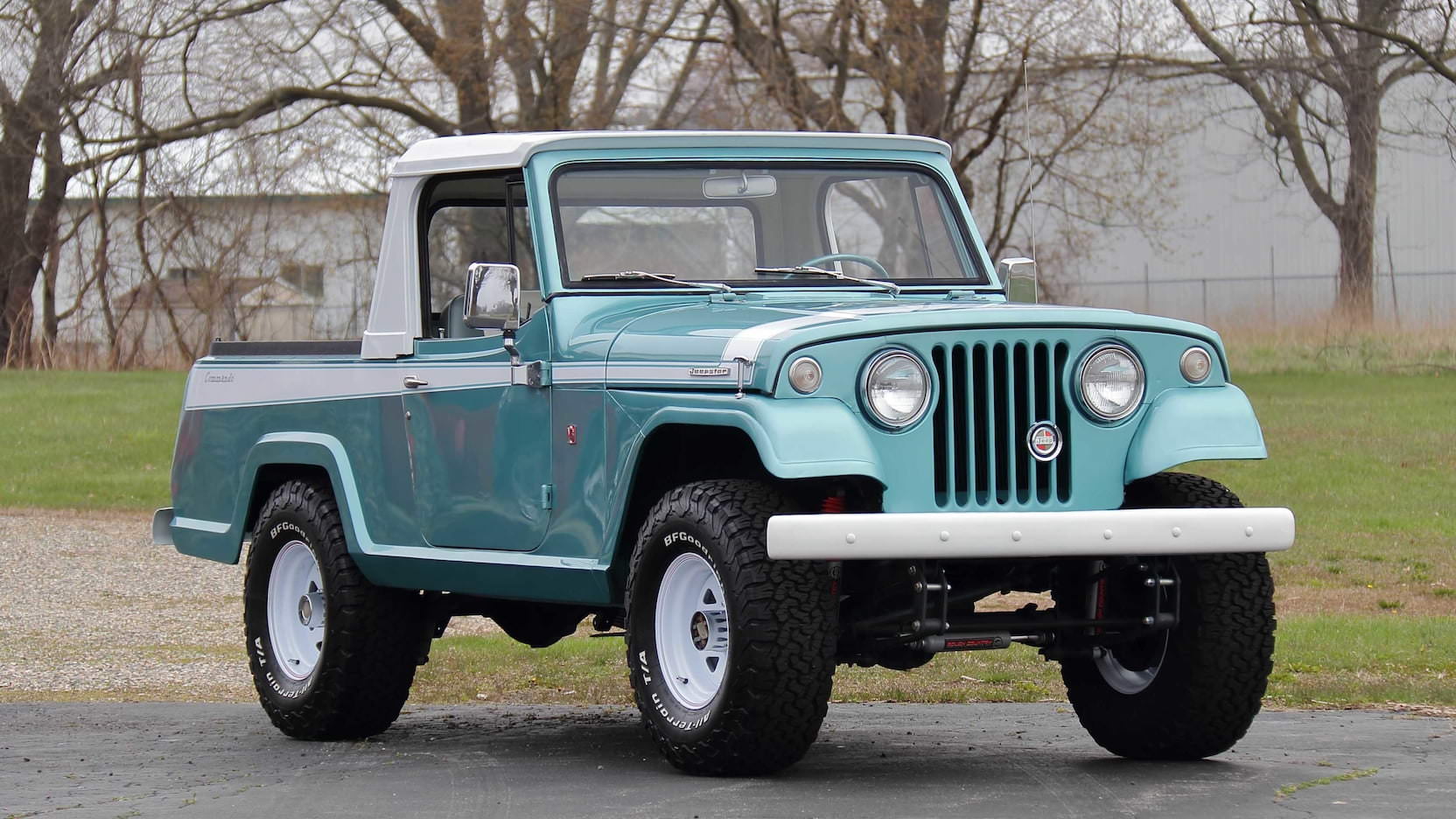 The Subaru BRAT, short for “Bi-drive Recreational All-terrain Transporter,” was known by a few names in…

This is the DemerBox DB2, it’s the new version of the classic DemerBox that’s been around…

The new Danner Mountain Pass boots were developed by the Oregon-based company to provide comfortable,…