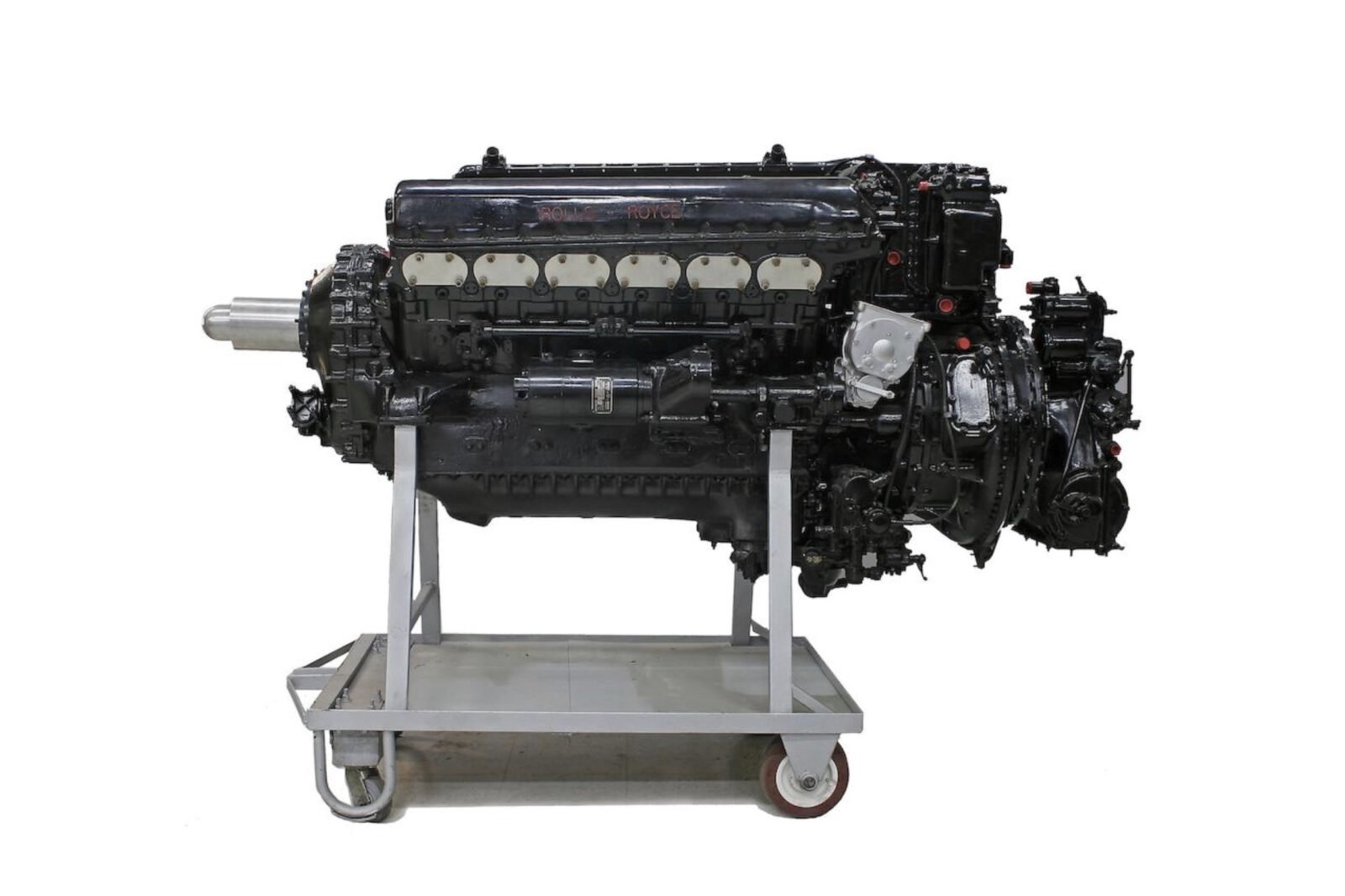 Note: The above image is being used for illustrative purposes, the engine for sale on eBay is pictured below.

The Rolls-Royce Griffon is an aircraft engine that was developed as a major evolution of the legendary Rolls-Royce Merlin – the engine that powered a staggering array of aircraft during the Second World War including the Spitfire and the P-51 Mustang (in Packard-licensed form of course).

The Griffon V12 has a displacement of 37 litres (2,240 cu. in.) and the Mark 58 version of the engine that you see here had a maximum power output of 2,345 hp when using water-methanol injection on take-off, with a normal power output of 1,960 hp during regular flight.

Above Images: The Griffon engine for sale on eBay.

Rolls-Royce Griffon is a 60º V12 with an alloy block and heads, it has a single overhead cam per bank operating two valves per cylinder. The Griffon was offered in a wide array of versions to meet a wide variety of needs, from bombers and patrol aircraft to the final iterations of the Spitfire.

In modern times the Griffon is a popular engine choice in the competitive world of tractor pulling and aircraft racing, where modifications can see them producing well over 3,500 hp. The Griffon remained in military service from 1949 until 1991, a remarkable 42 year life span, and the engines that have survived are now highly sought after.

The Griffon you see here is listed on eBay with a rather brief description given the $65,000 USD asking price. They explain that this is a Mark 58 engine that has been rebuilt by Rolls-Royce in England and that the engine has its log documentation. They do offer worldwide shipping, so if you need a Griffon engine for your Supermarine Spiteful XVI this may be your lucky day.

Visit the listing on eBay here.

Above Video: A Rolls-Royce Griffon engine being started and run using twin propellers designed to cancel each other out. 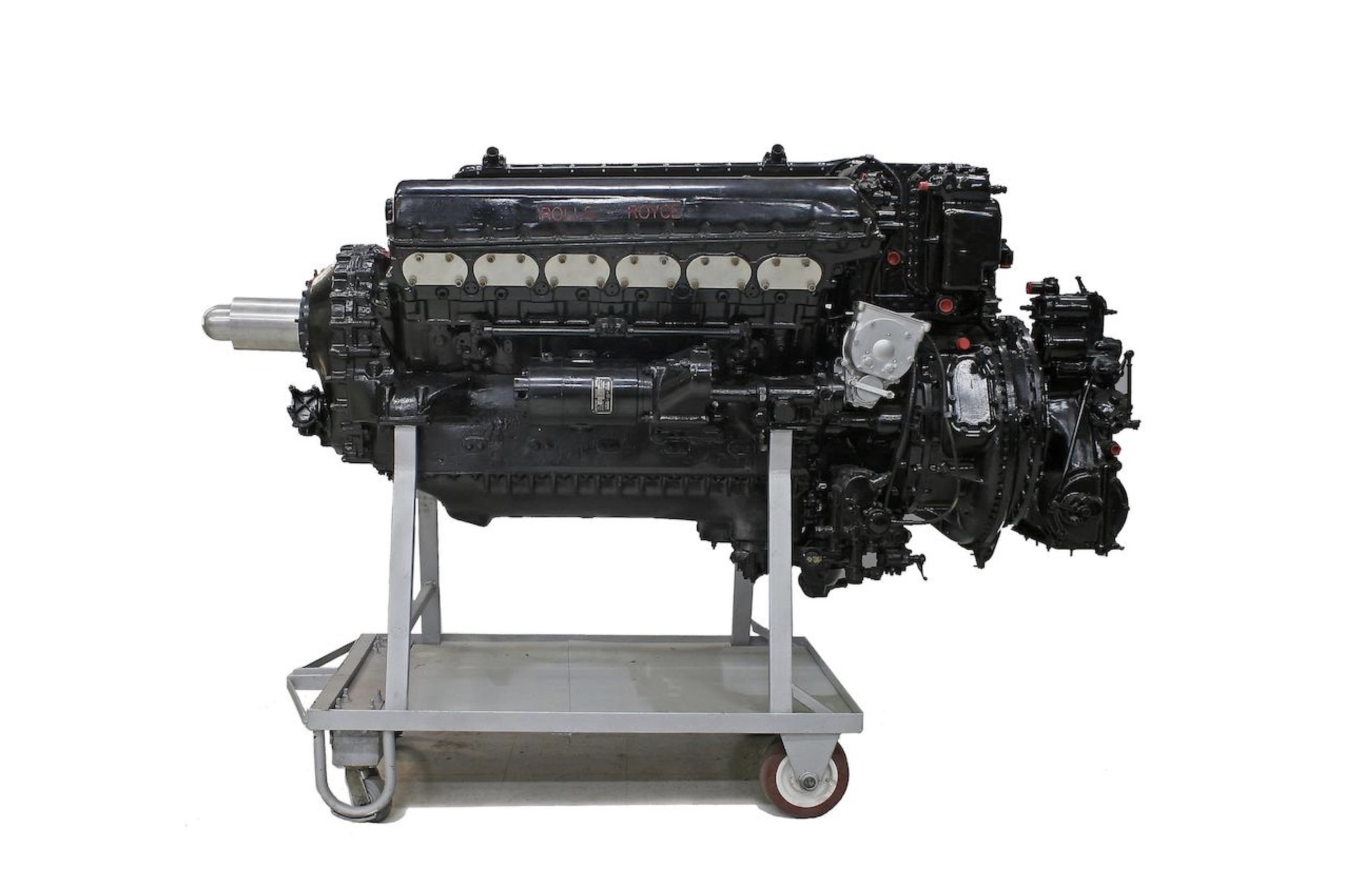 Facebook Twitter WhatsApp Email   Tuning For Speed is a book by legendary engineer Phil Irving about how to performance tune motorcycle engines, if you recognise…

Facebook Twitter WhatsApp Email This is the CCM Spitfire Scrambler, just 250 of these were made and the model is now no longer in…

Facebook Twitter WhatsApp Email If you’ve never seen a Martin Ford Special before it’s likely because of the 500 or so bodies originally built, just…

Facebook Twitter WhatsApp Email   Editor’s Note: We don’t typically feature choppers on Silodrome as it’s not really our wheelhouse, however we do make…

Facebook Twitter WhatsApp Email This is the Smithsonian Motor-Works kit to build a moving model of a four-stroke, four-cylinder engine. It’s designed as an…

Facebook Twitter WhatsApp Email The Aston Martin DB4 was a critical model for the British automaker, it was a clean slate design that left…