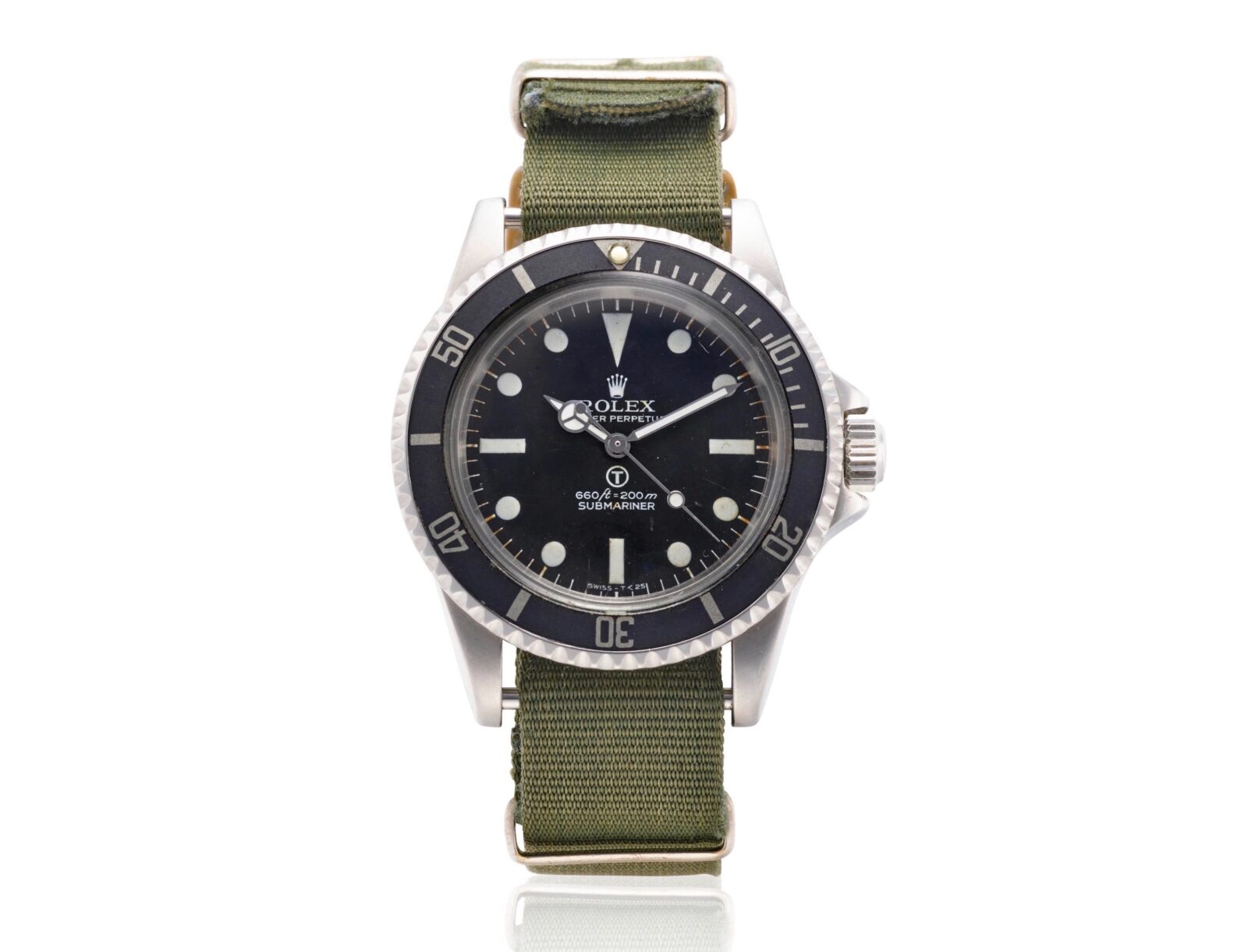 This is a rare Rolex Military Submariner, often referred to in watch collector circles simply as the MilSub. The example you see here was made for the Royal Navy specifically for use by British special forces and as such it differs in a number of important ways from the standard “civilian” Submariner.

The first MilSub was developed for the British Ministry of Defence in 1957 by Rolex to the MOD’s specifications. Rolex was already the world leader in high-end underwater watches at the time, and so it was a no-brainer for use by Royal Navy special forces.

The list of changes over the standard Submariner included wider, sword-shaped hands for enhanced low-light legibility, a rotating bezel calibrated to 60 minutes, an encircled “T” on the dial (indicating the use of luminescent Tritium lume), and solid steel bars fixed between the lugs.

The solid steel bars between the lugs were to ensure that the watch strap would stay fitted to a diver’s wrist come hell or high-water – the failure of a spring bar and loss of a watch could otherwise jeopardize a mission. 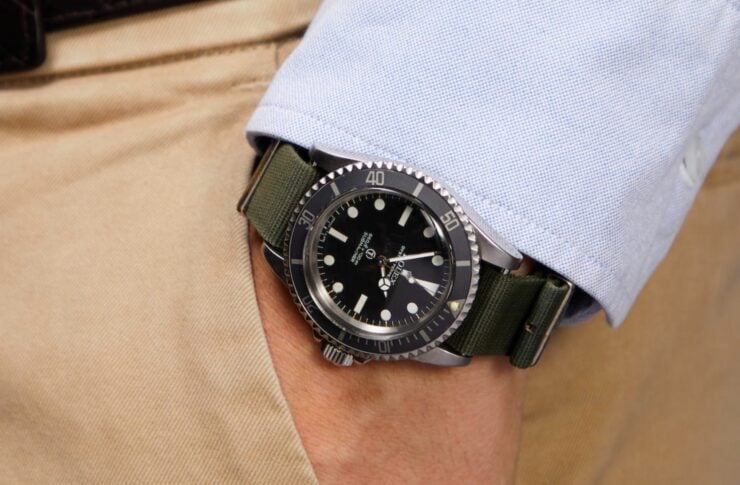 Original MilSubs are among the rarest Rolex Submariners in existence and as a result they’re highly sought after by collectors. These watches often display signs of wear and tear as they were strapped to the wrists of some of the world’s most feared special forces soldiers during military operations in a wide variety of locations.

The Rolex MilSub you see here is a rare original from 1973, it is accompanied by a letter of authenticity from HN Hudson and a copy of a service receipt. More recently the watch has been meticulously restored though great care was taken not to interfere with the timepiece’s hard earned patina.

The watch is due to cross the auction block with Bonhams on the 3rd of June in New York with a price estimate of $40,000 to $60,000 USD. If you’d like to read more about it or register to bid you can click here to visit the listing. 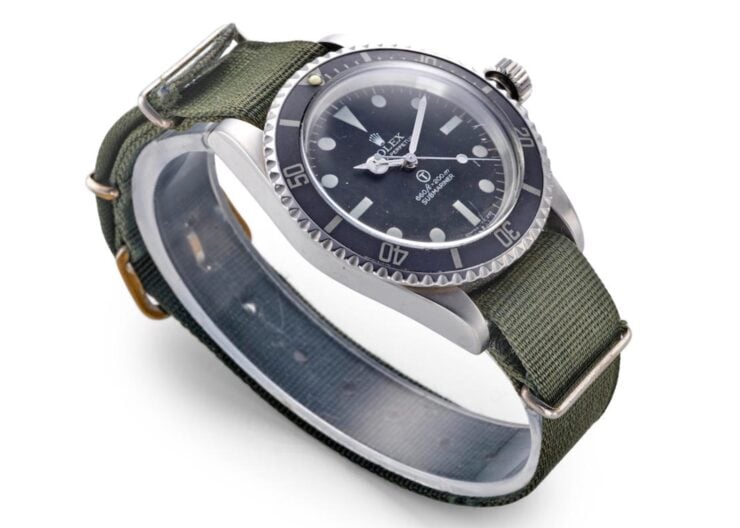 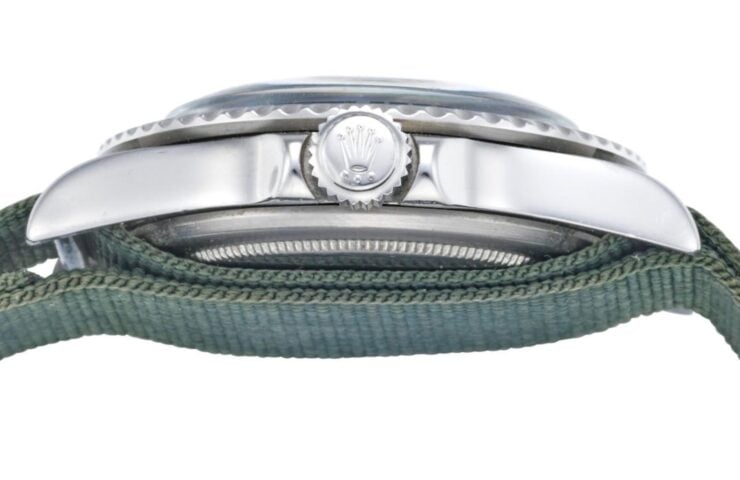