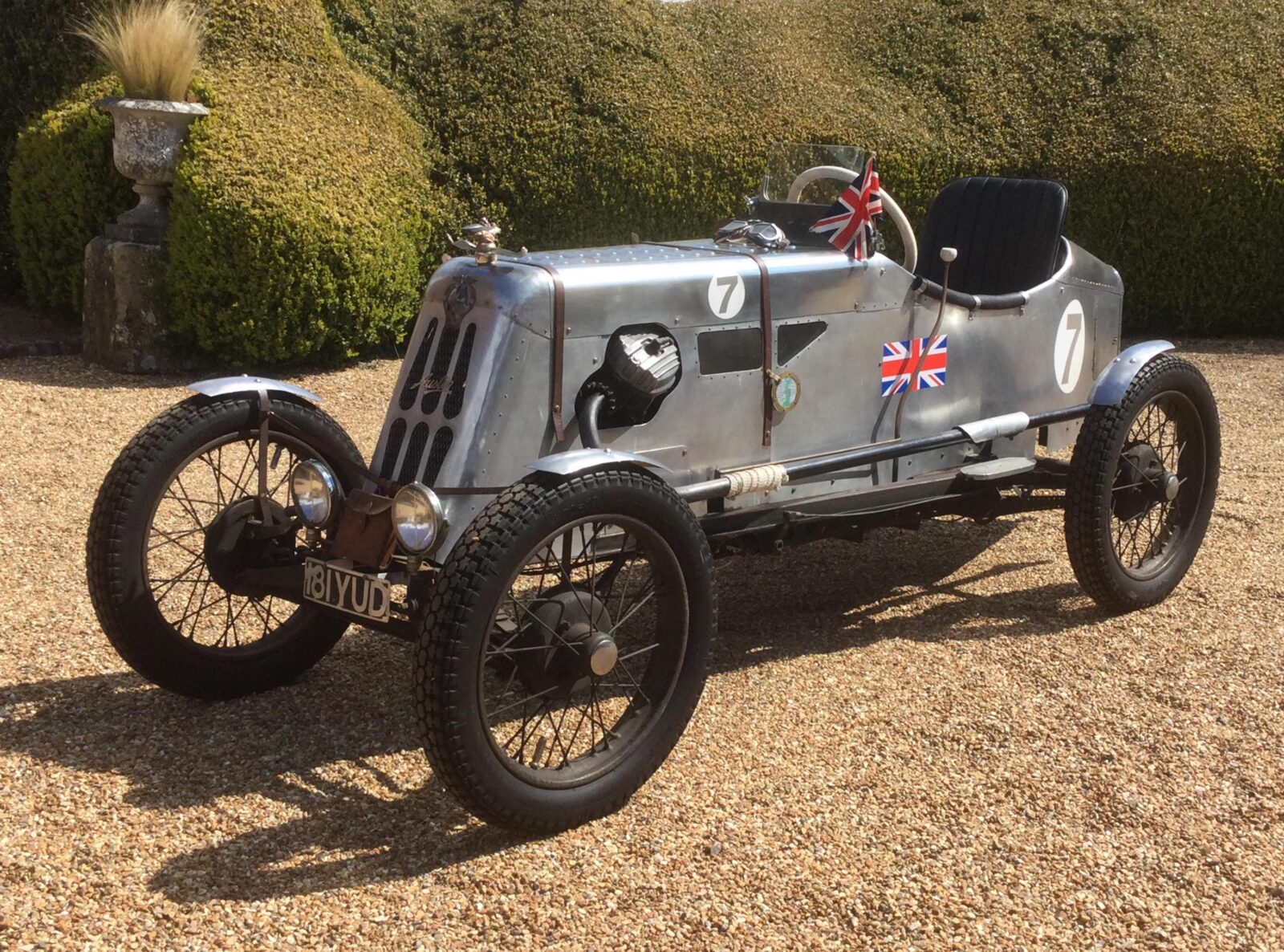 There are many unusual Austin 7-based racers in the world, the humble 7 was Britain’s answer to the Model T Ford, and just as the Americans over the pond had enjoyed modifying their Model Ts for speed, so had the British with their beloved 7.

The Austin 7 is truly one of the great unsung heroes of the early days of the automobile, both BMW and Nissan got their start building their own versions of the 7 for their home markets and legends like Bruce McLaren got his start in racing (as did many others) modifying and racing a 7. Bruce’s old 7 is now sitting proudly at the McLaren Formula 1 team’s headquarters in England alongside many of the firm’s race and championship winning race cars.

Truth be told, the rise of the modified Austin 7 for racing was almost a mirror image of the rise of the American hot rod. Both of these movements used cheap, affordable older cars which were then heavily modified to reduce their weight and increase their power. One company that got their start building fast Austin 7s was Lotus, a company that would go onto revolutionize Formula 1 with company founder Colin Chapman at the helm.

The origins of the Austin 7 would make a perfect Hollywood film: a board of unimaginative executives and creditors at Austin in 1920 didn’t want to fund a new project given the state of near bankruptcy that the company found itself in.

Rather than taking no for an answer, Sir Herbert Austin set up a drawing room in the billiards room in his house and hired a young draughtsman named Stanley Edge to work with him on the project. They developed a very small and inexpensive car powered by a 7 hp inline-4 cylinder engine. Once the design was completed in 1922 he had three prototypes made and thankfully the board of directors conceded to a production run of the new car. 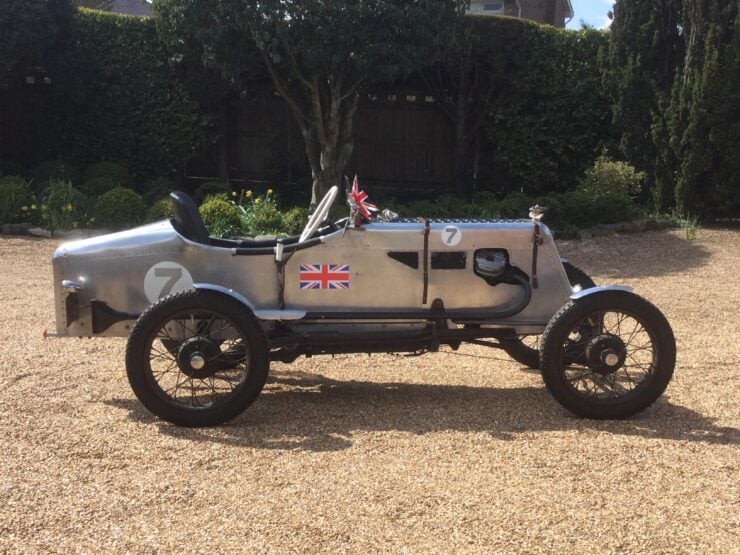 In hindsight they must have been glad they did, because Sir Herbert and Stanley’s little car saved the company. Austin sold an astonishing 290,000 of them between 1923 and 1939, largely wiping out their competition and establishing themselves as the company behind the most popular car in the country.

The car you see here is a heavily modified 7 specifically built for racing, hillclimbs, trials, and anything else that might tickle your fancy. The car was built more recently from an old Austin 7 chassis and running gear. A new floor was fabricated from mahogany sourced from an old wardrobe and a custom aluminum alloy body was shaped using hand tools and sandbags.

The builder had originally intended to use a JAP V-twin to power his unusual racer however the prohibitive cost of such an engine sent him looking for a more affordable V-twin alternative. He settled on the engine from an inexpensive Honda CX500 motorcycle which was mounted up front, with power being sent to the live axle rear end.

The completed car looks like a racer from the inter-war years that would have terrorized its competition around Brooklands, though it’s far less expensive and probably quite a bit more reliable. Interestingly it does appear that this car is road legal in the United Kingdom, though I can’t guess what people on the high street would think if they saw this puttering along.

The car is now for sale on Car and Classic in the UK with bidding sitting at £10,000 at the time of writing. If you’d like to read more about it or cast a bid yourself you can click here to visit the listing. 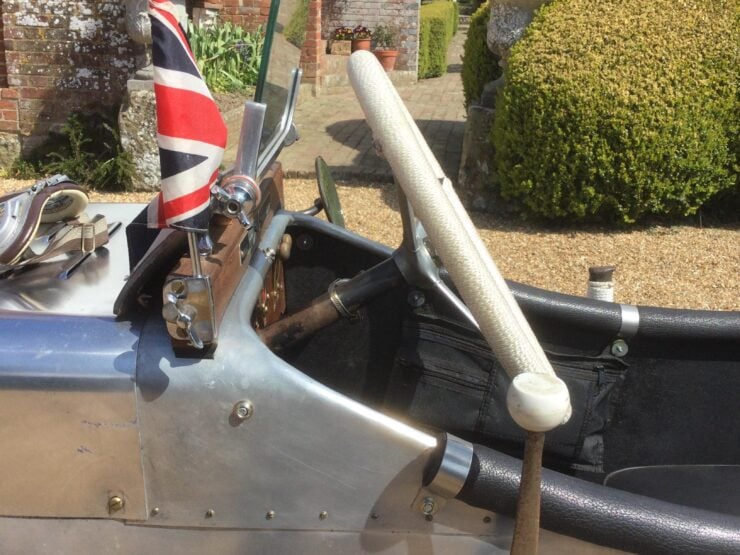 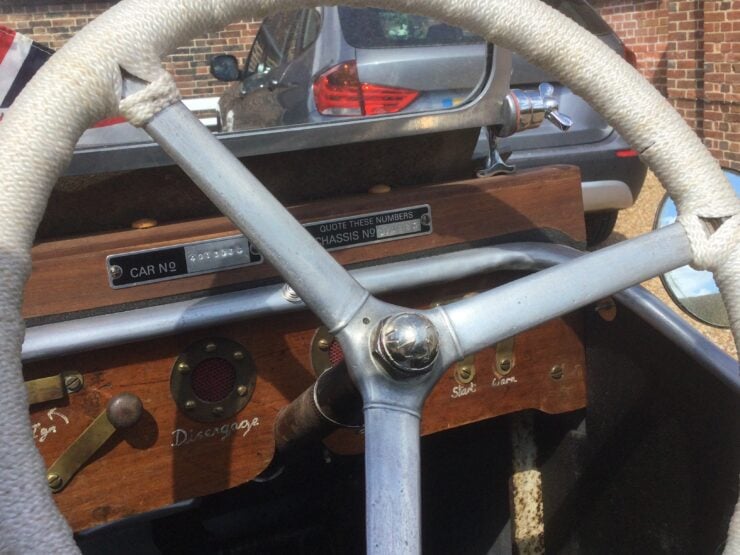 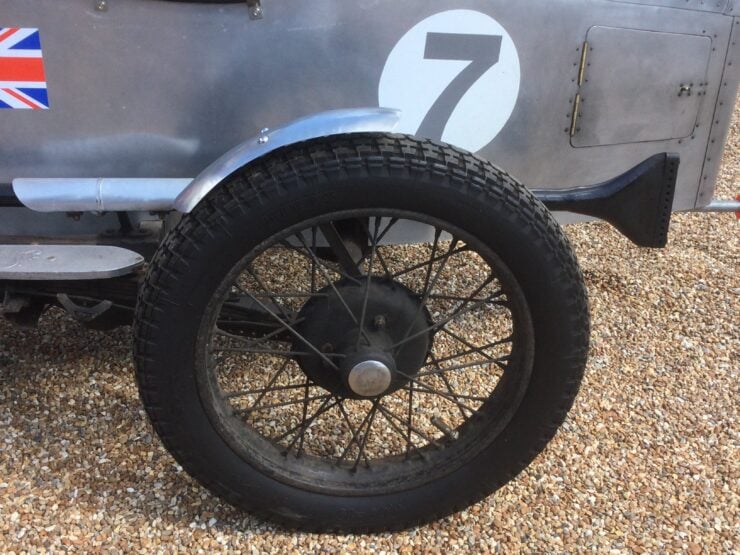 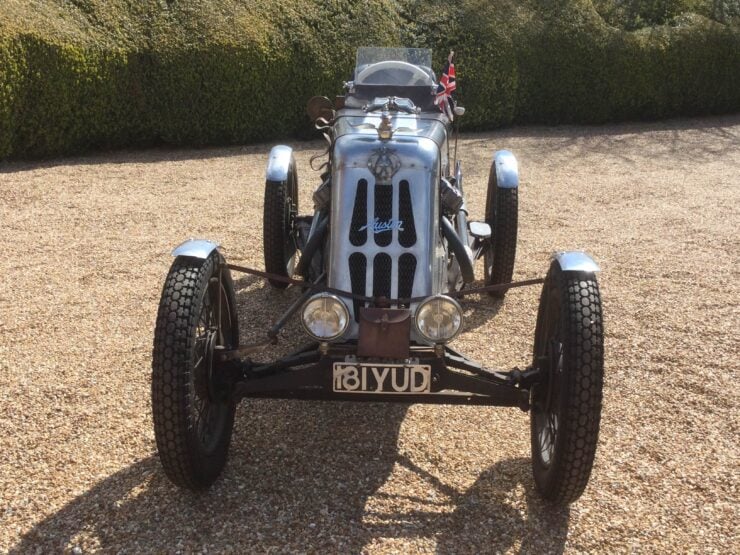 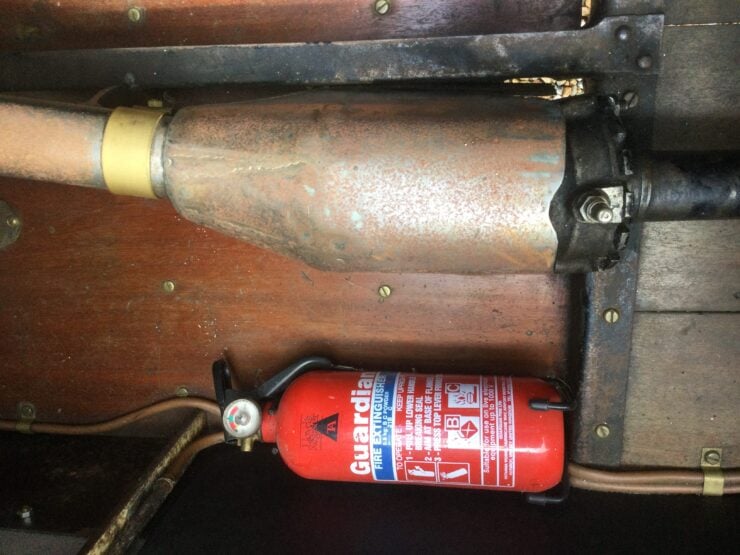 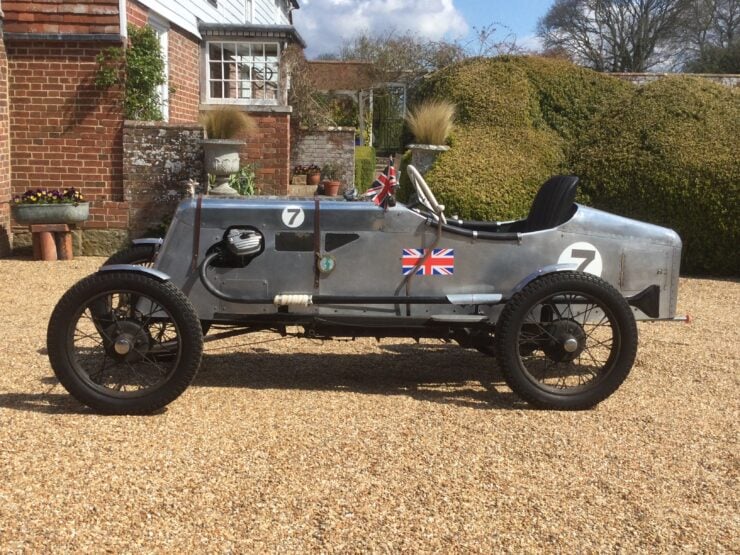 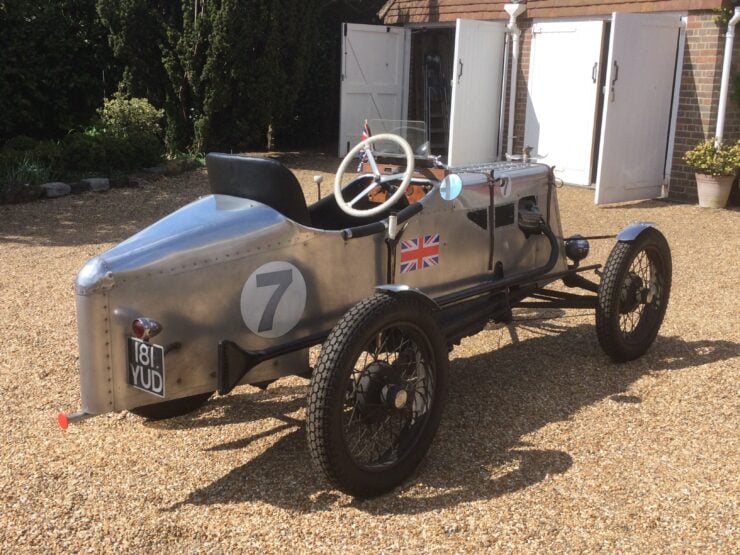 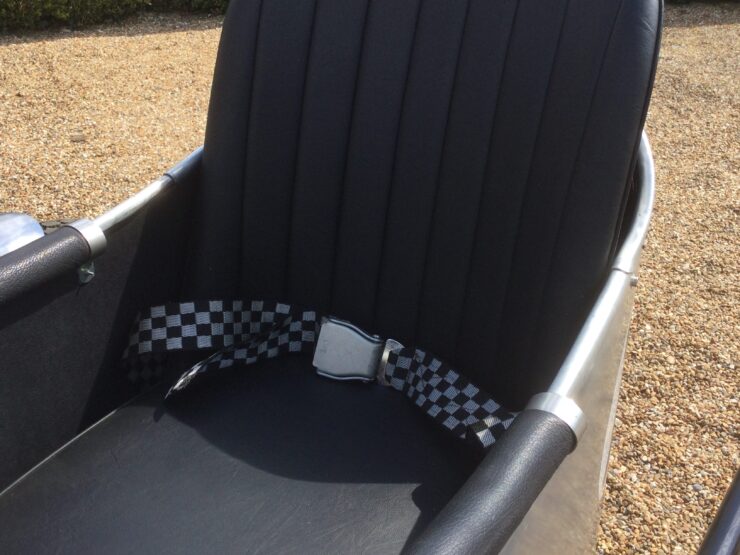 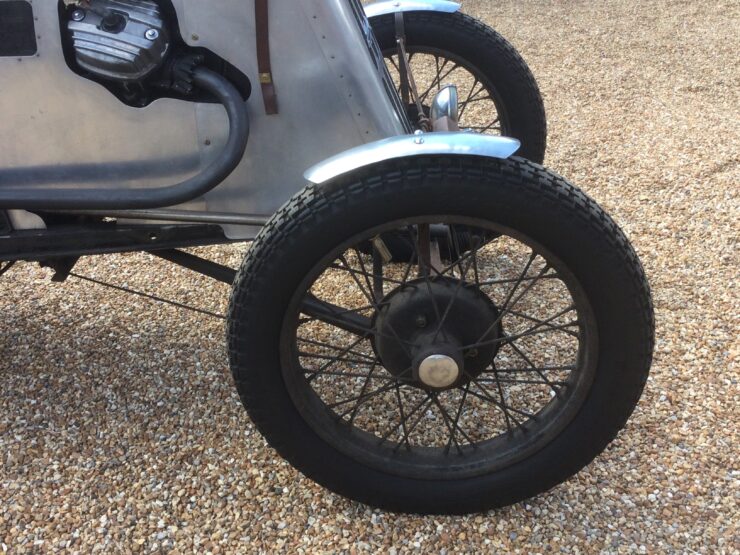