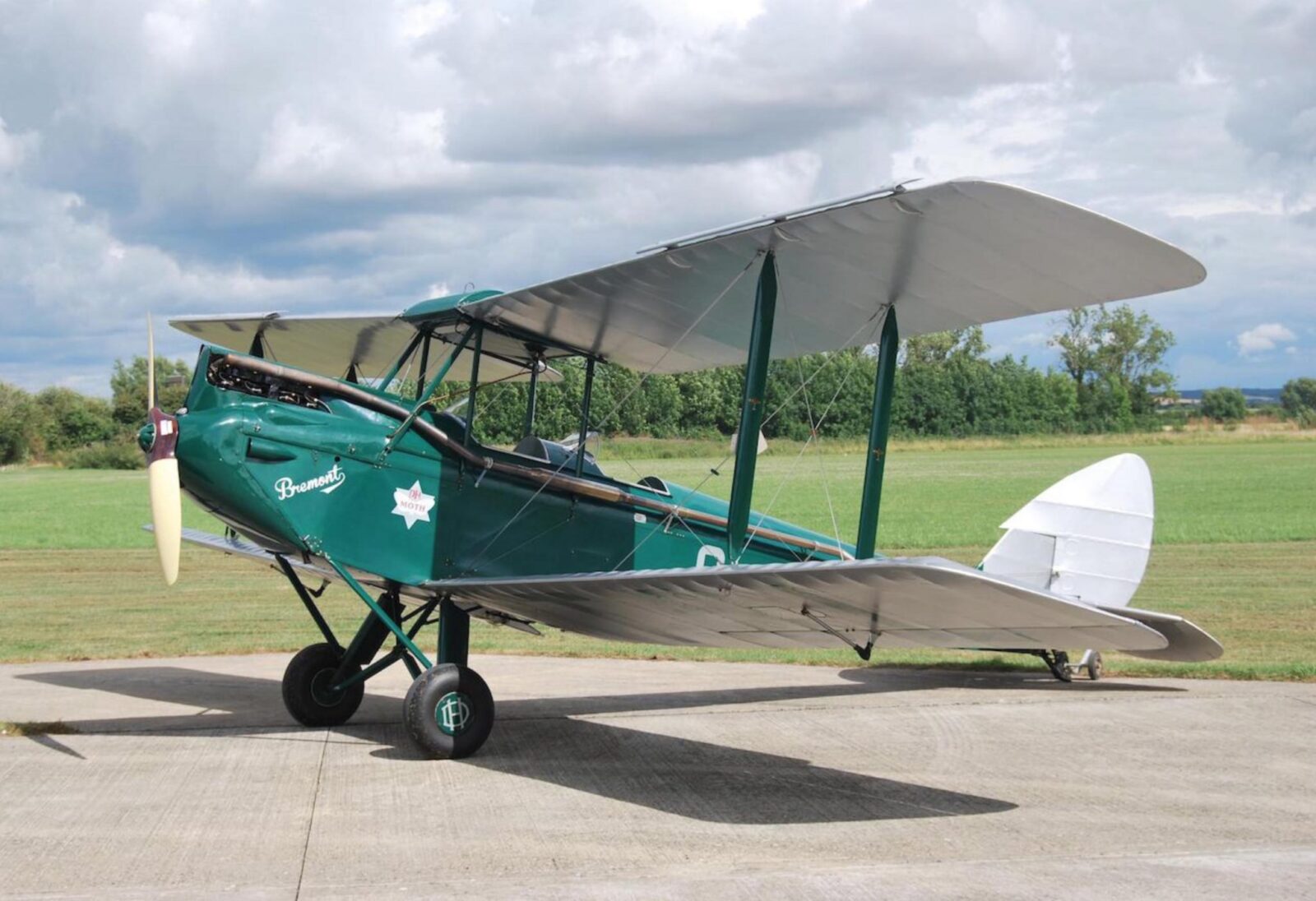 The De Havilland Gipsy Moth, and its De Havilland siblings, were amongst the most important aircraft in the world during their production – and for quite a while after.

Initially the airframes were manufactured by De Havilland, then paired with inline-4 cylinder engines built by Cirrus. These Cirrus power units used out of production World War I era 8-cylinder Renault engine parts which severely limited supply – so in 1928 de Havilland unveiled their own Gipsy I engine.

Now that the company controlled both airframe and engine production the number of Moths being built increased substantially. The Moth series aircraft were sold for the rather reasonable sum of £650 – an affordable sticker price that brought many of Britain’s more well heeled gentlemen to local airfields, including a former Prince of Wales.

Over the course of its production the De Havilland Gipsy Moth would be used for a number of incredible endurance flights, including Amy Johnson’s solo flight from England to Australia. Remarkably, there are a number of original Moths still in full flying condition – like the one you see here.

This aircraft was built in 1933 and was delivered to an owner in Switzerland – where it remained until 1965. After being purchased in ’65 the plane was flown across Europe back to the United Kingdom, where it joined the Historic Aircraft Museum collection in Southend, Essex.

Thanks to its museum ownership, the Gipsy Moth was immaculately maintained over the intervening decades, including a recent overhaul by Specialists Vintage Engine Technology Ltd. who rebuilt and installed a zero-hour De Havilland Gipsy 1 air-cooled 4-cylinder engine producing 100 hp, along with a new Hoffman propeller.

The flying and landing wires were also replaced, along with new tyres, and a stainless steel exhaust was fitted. In order to align with modern safety standards a new radio and Mode S transponder have been sympathetically installed, as well as a skid steer on the rudder.

The Moth is being offered by Bonhams at the Goodwood Revival auction with an estimated value of between £90,000 and £125,000 – a bargain considering the fact that this is easily one of the finest Gipsy Moths still in airworthy condition. 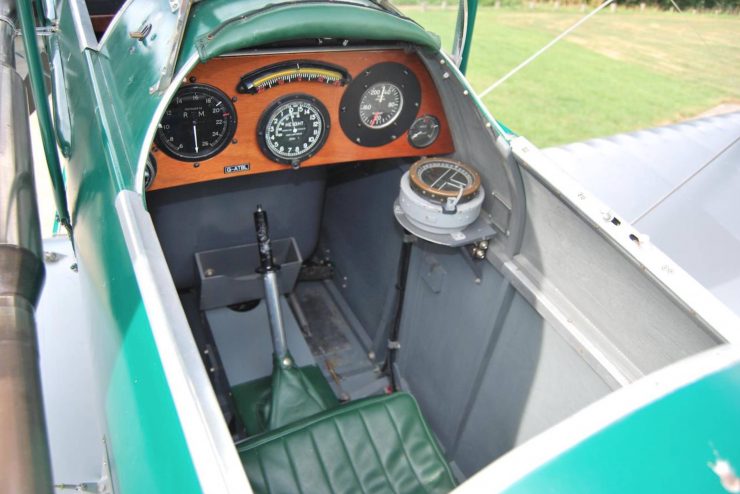 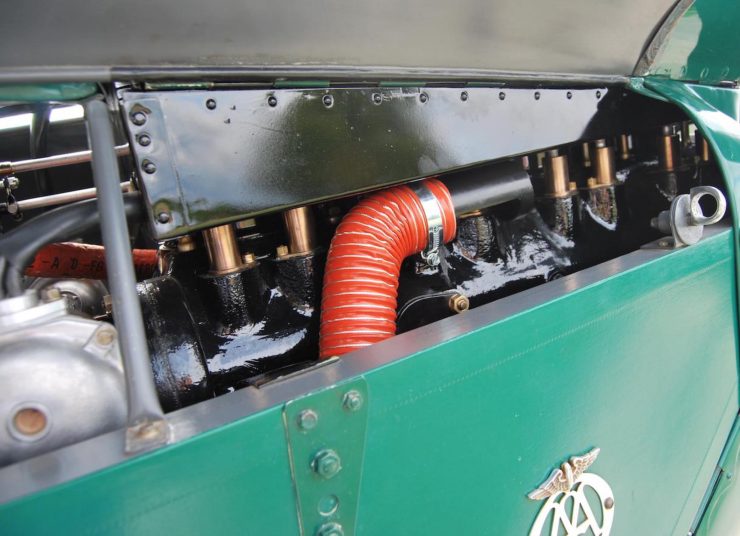 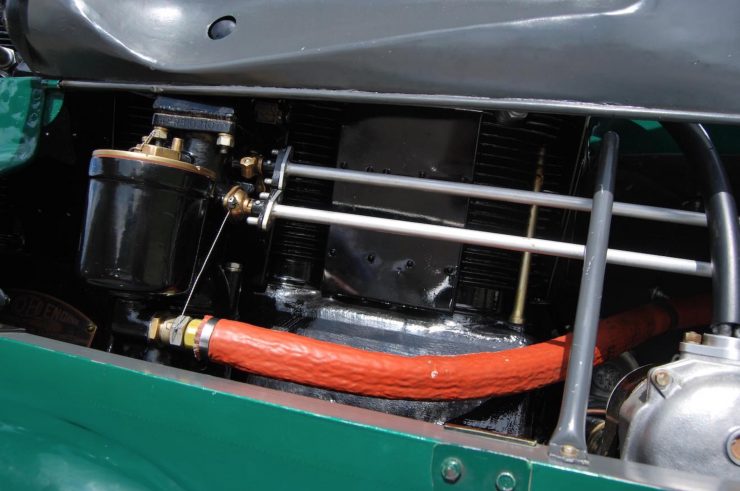 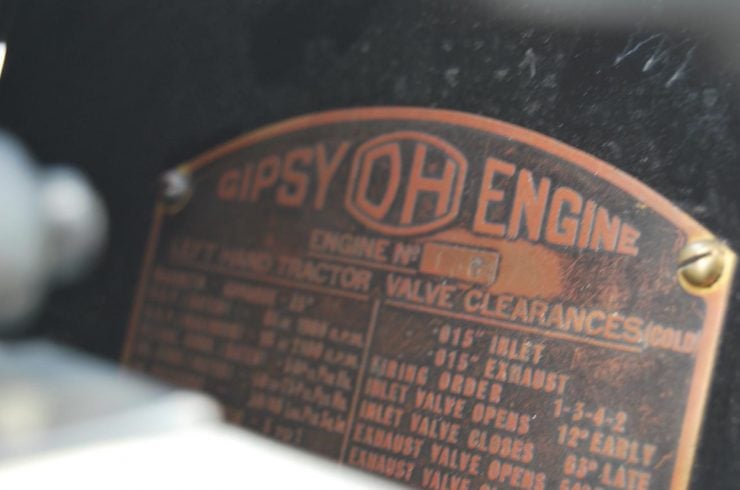 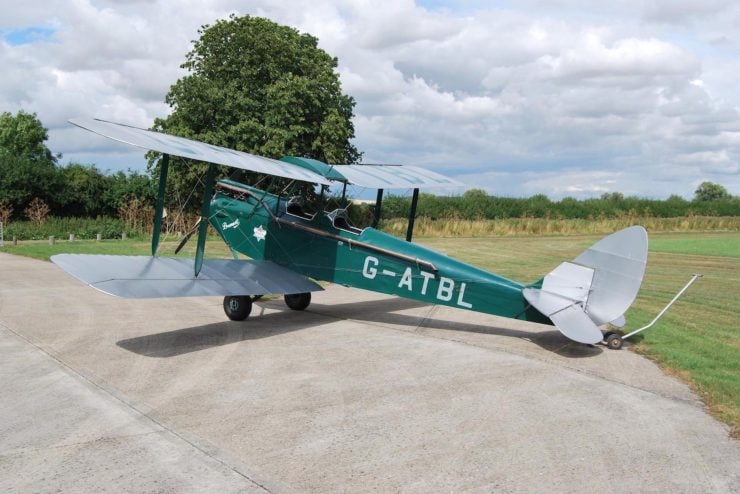 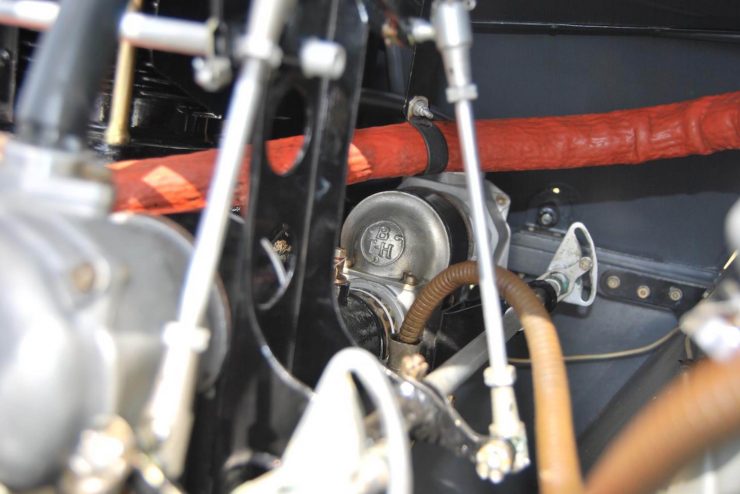 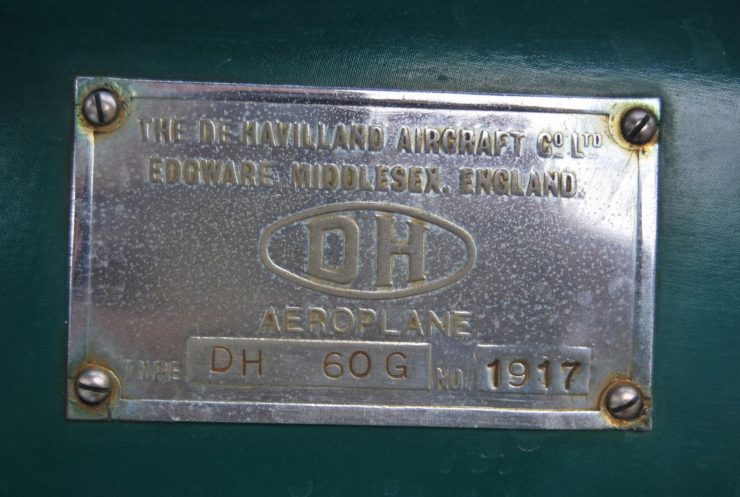 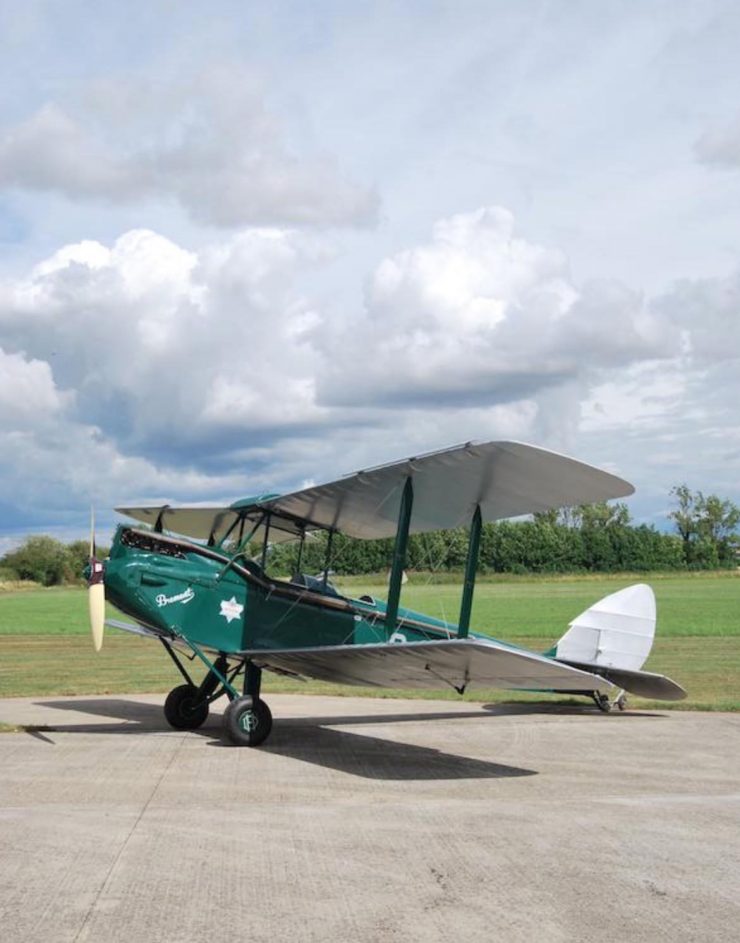 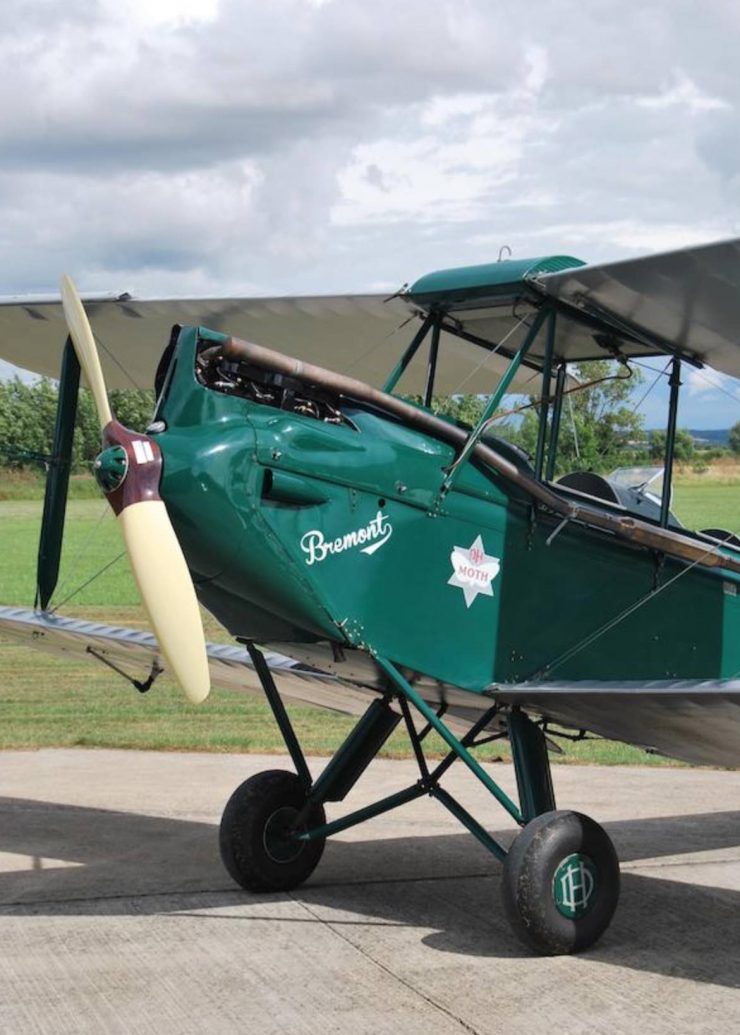 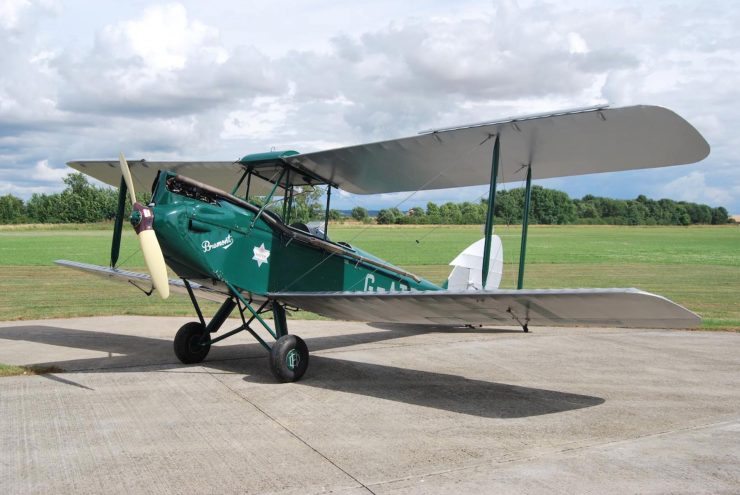 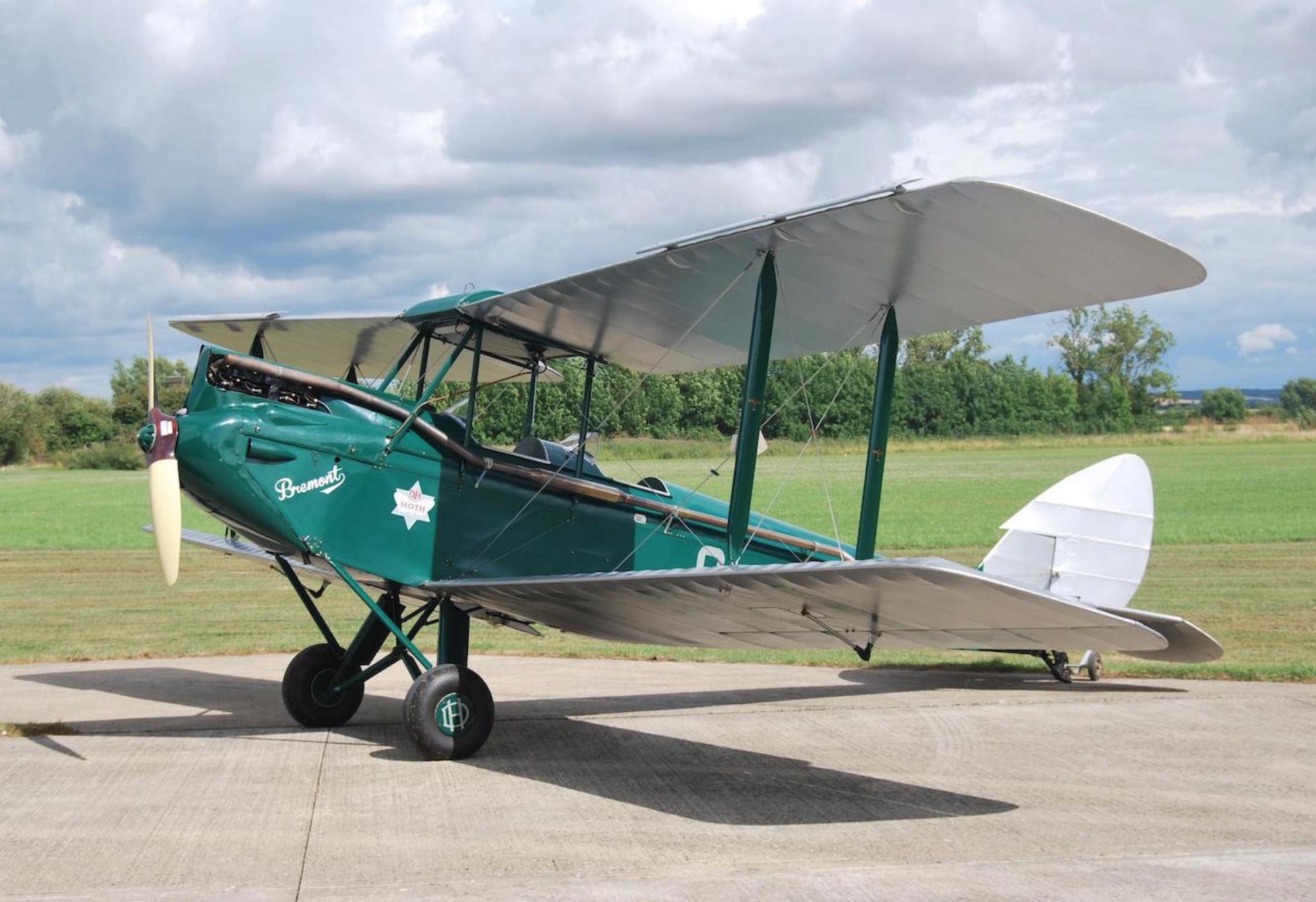