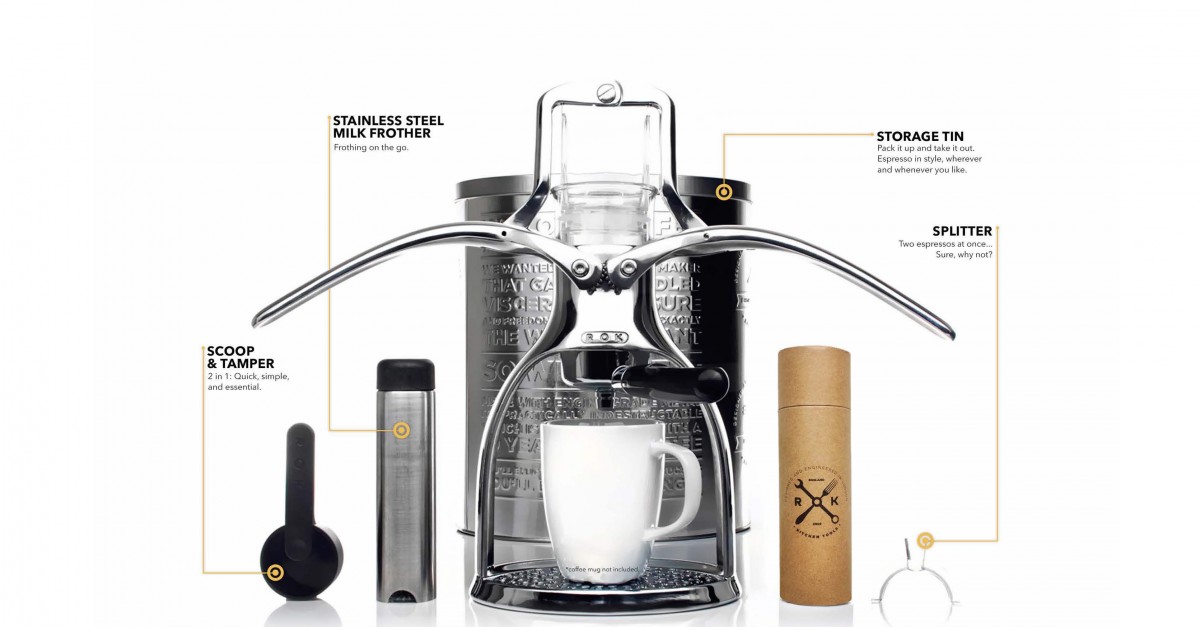 The ROK Manual Espresso Maker is, as the name implies, an espresso maker that requires no electricity or tomfoolery to operate – you just load your ground coffee, add hot water to the compression chamber and then apply liberal downward pressure the levers.

It’s recommended that owners use a finely ground coffee when using the ROK, although I personally think that this is good practice regardless, and the recommended 9-10 bars of pressure required for proper espresso extraction can be achieved by anyone with adult levels of upper body strength by leaning over the machine and firmly depressing the twin arms.

Now although I may be mocked for admitting this, I’ve taken my ROK Espresso Maker on a number of motorcycle road trips and after the other riders make fun of you for a time they all invariably come crawling over in the morning when the smell of fresh espresso fills the air and ask if they might have one too. The fact that the machine is purely mechanical means it’ll work anywhere and the whole thing packs down into a (provided) tin that slips neatly into a backpack or pannier. 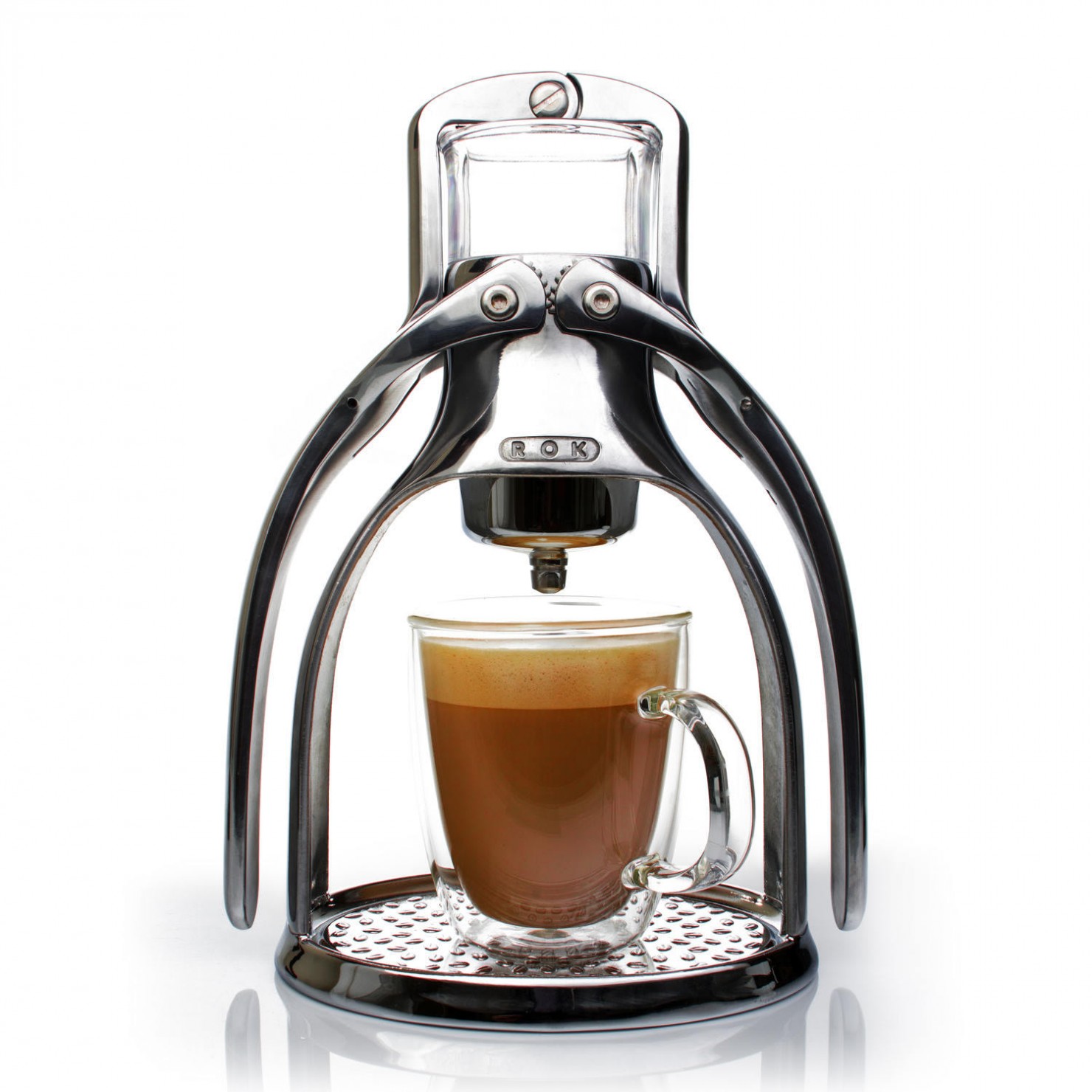 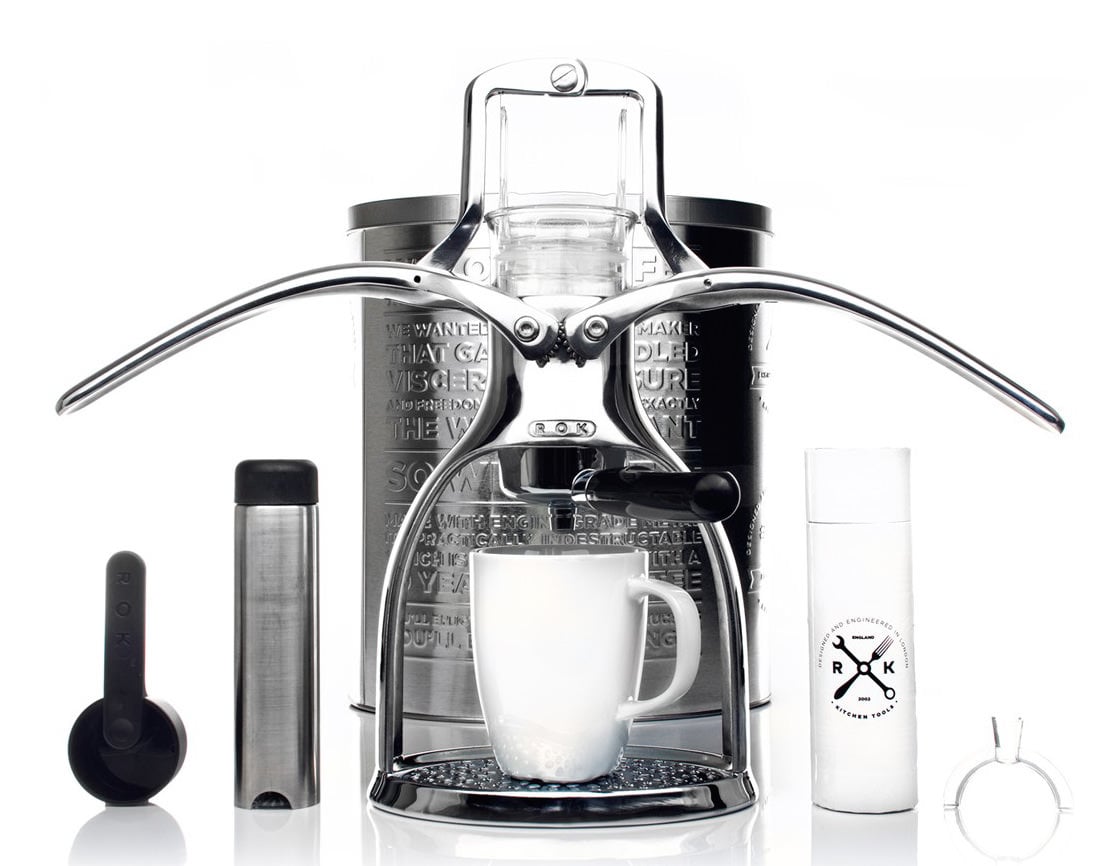 The Marshall Stanmore is the British company’s flagship multi-room home entertainment speaker, it can be plugged into a flatscreen TV to upgrade your audio experience, it can play directly from your turntable or CD player,…

The Porsche-TAG TTE P01 engine was one of the most dominant Formula 1 power units of its time, it was developed by Porsche specifically for the McLaren F1 team with funding provided by Techniques…