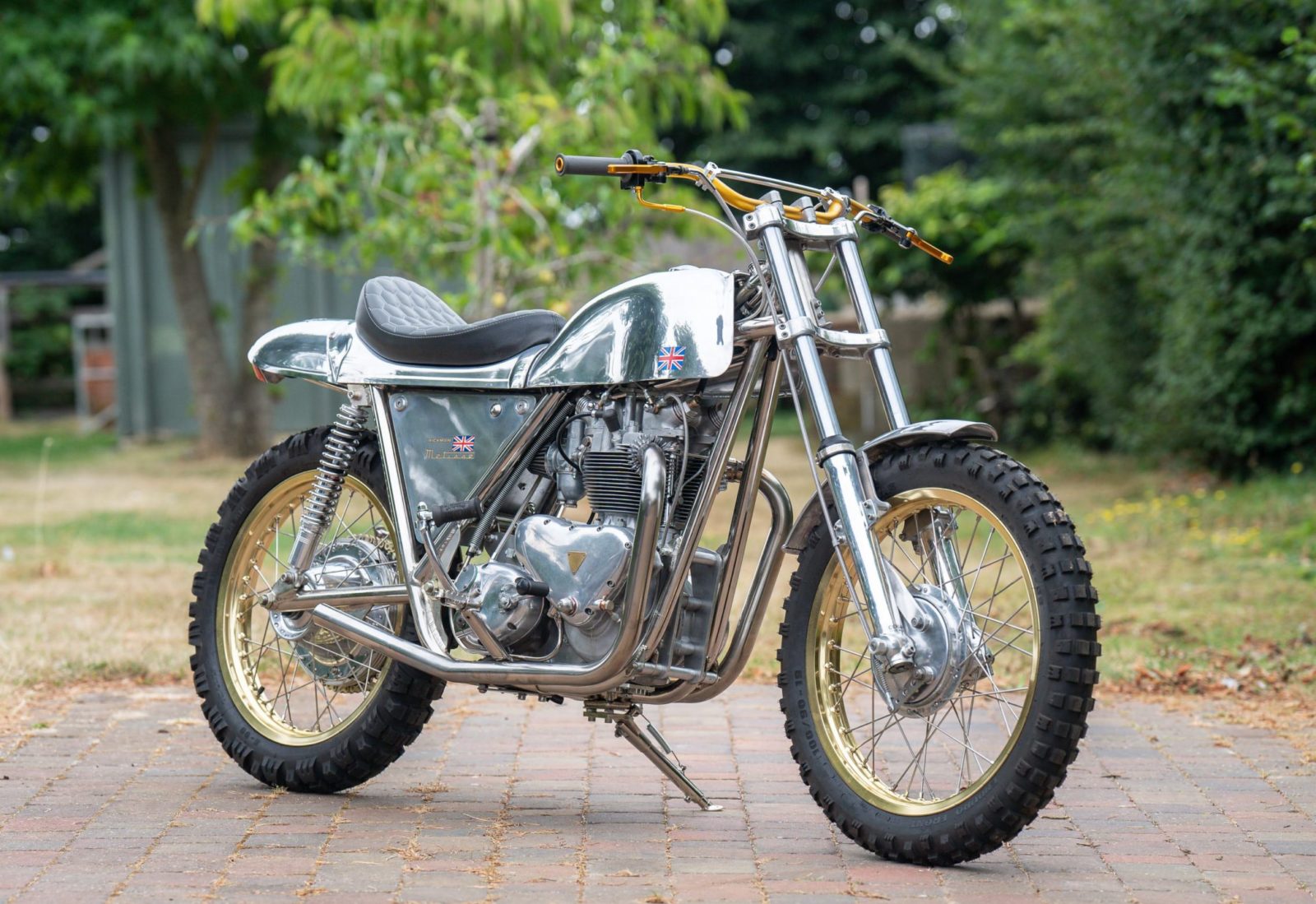 This Rickman Metisse Triumph Scrambler was built from new and/or reconditioned parts just a year ago, it’s not been ridden since it was completed, and it’s now being offered for sale.

Rickman Motorcycles was founded back in 1960 by brothers Derek and Don Rickman. Their motorcycle chassis designs were amount the best in the world for off-road riding at the time, so much so that Steve McQueen bought one and had it shipped to California for his desert racing endeavors.

The story of Rickman Motorcycles is remarkable a tale of survival, the company started out building scrambles racing motorcycle frames and would quickly grow into a behemoth bringing in over £1 million in sales each year by the 1970s. 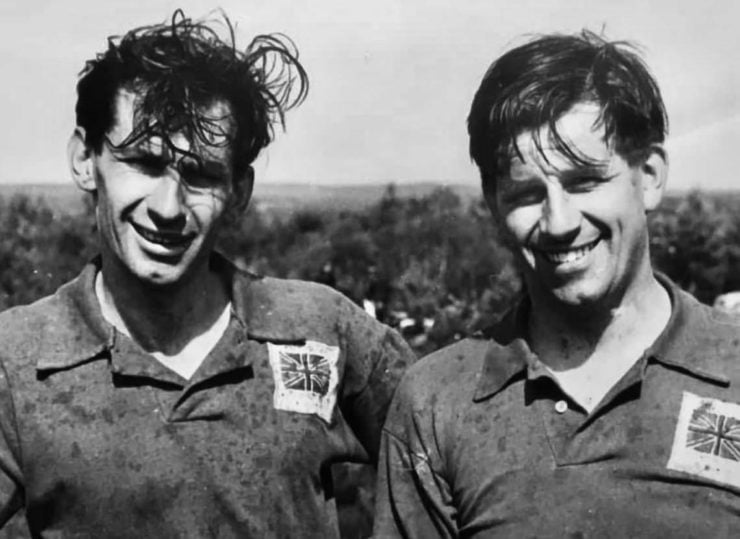 This is Derek and Don Rickman, they were successful off-road motorcycle racers before they put their hands-on experience to work building their own frames.

Early Rickman frames were largely designed for British engines, mostly from Triumph, BSA, and Matchless. These first Rickmans were designed for off-road racing, typically scrambles and enduro-type events in England.

The company diversified into road racing frames in the mid-1960s and then by the early 1970s when the British motorcycle industry was in decline, Rickman began focussing much of their efforts on building frames for Japanese engines – like the Honda CB750 and Kawasaki Z1.

As the 1970s progressed Rickman continued focussing on the powerful superbike engines coming out of Japan, creating frames and kits to accommodate engines from the Kawasaki Z1/Z900, the Kawasaki Z1000, the Suzuki GS1000, and the Honda Bol d’Or.

As the 1970s became the 1980s the company once again pivoted, this time into automobile production. They began building the fiberglass-bodied Rickman Ranger, these were produced in Britain and then later under license in Russia. 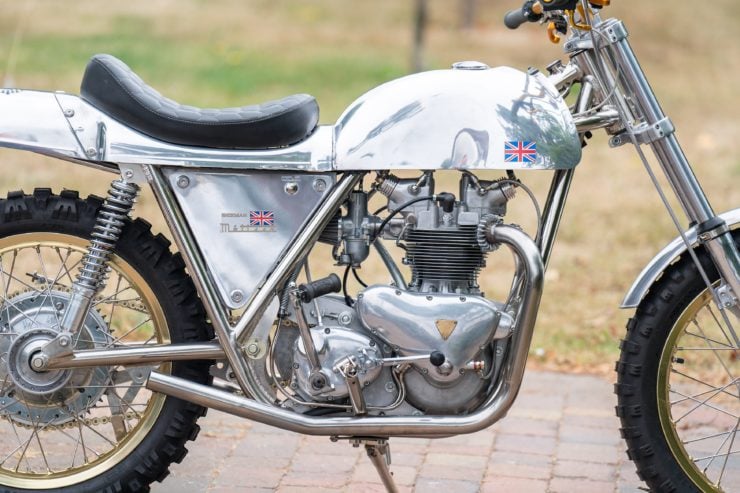 This Rickman Metisse is powered by a rebuilt Triumph 500cc parallel twin mated to a Norton 4-speed gearbox.

Company founders Derek and Don Rickman were inducted into the AMA Motorcycle Hall of Fame in 2007 and amazingly their designs are still in production today – you can buy both the off-road and road racing frames and kits and build your own Rickman using an assortment of engine options.

The motorcycle you see here is a Rickman Metisse Triumph Scrambler, as noted further up it was built just a year ago in 2021 and it’s not been ridden since – showing 0 miles on the odometer.

Triumph engines were always common choices for Rickman motorcycle builds, the torquey parallel twins also powered the famous Triumph TR6C Desert Sled. Back on the asphalt it was a Triumph engine that was installed into a Norton Featherbed frame to create the timeless Triton.

The 500cc engine used in this Metisse was a popular choice back in the 1960s, this specific engine is a pre-unit example from 1956 and it’s been mated to a 1958 Norton gearbox. The nickel-plated Rickman frame is fitted with an alloy fuel tank, rear cowl, and sides, and a bespoke Holt Works seat helps keep things comfortable. 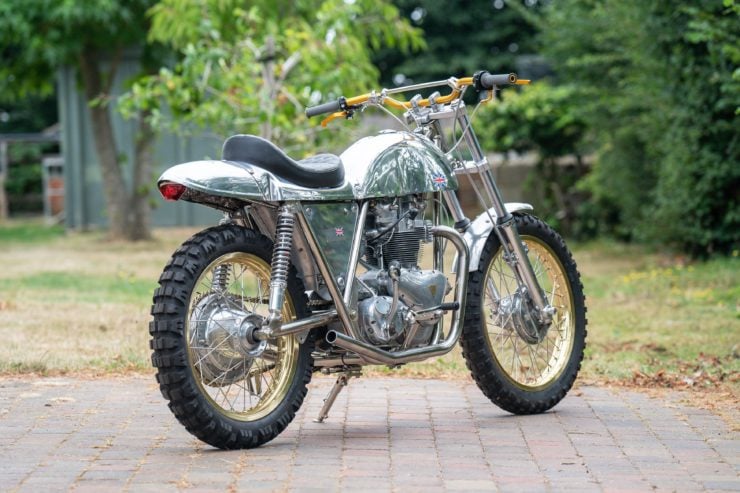 Rickman like this were among the most competitive scramblers in the world in the early to mid 1960s, even Steve McQueen had one.

As you might expect the bike has front and rear drum brakes as well as Ceriani forks and a 19″ wheel up front with an 18″ unit on the back – both fitted with knobby tires.

During the rebuild the engine was fitted with 9:1 compression ratio pistons in a standard bore, it has high-lift camshafts and E-3134 ‘R’ cam followers, a big bearing crankshaft, new bronze valve guides, new British-made G.S. valves, and a new Amal Premium carburetor.

The bike is now being offered for sale out of Worthing, West Sussex, in the United Kingdom on Collecting Cars. If you’d like to read more about it or place a bid you can visit the listing here. 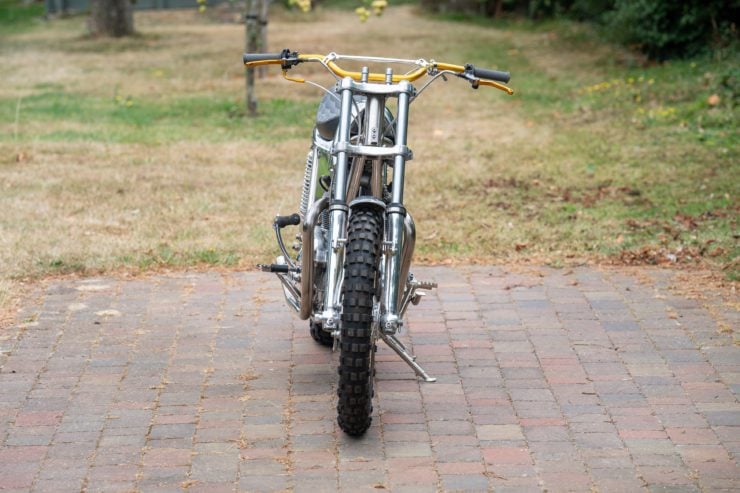 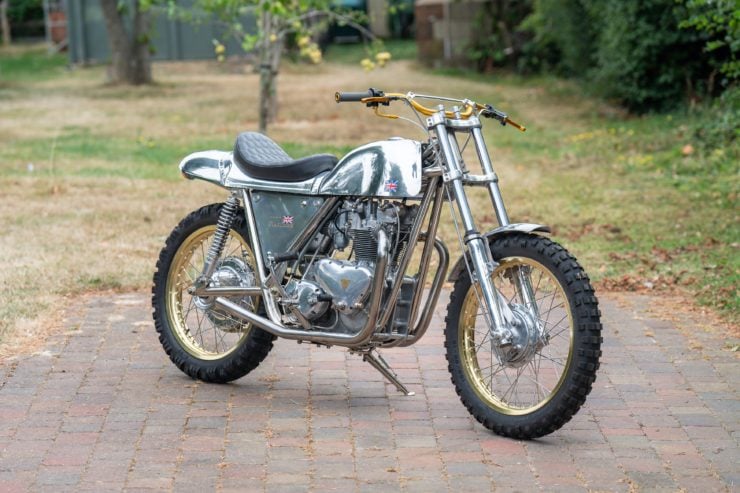 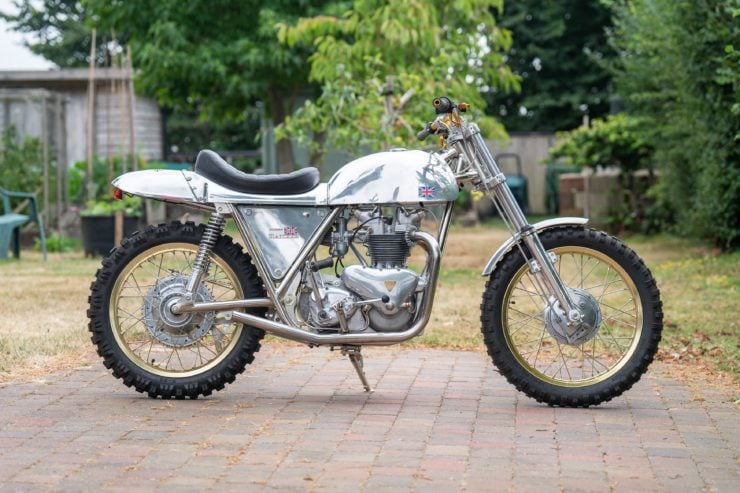 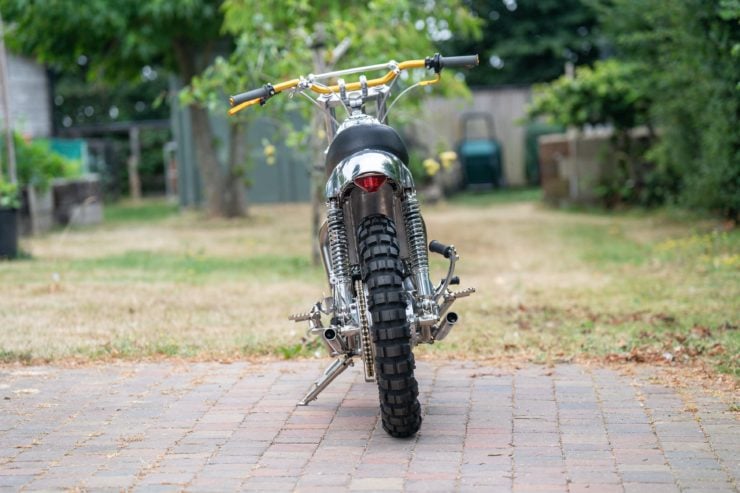 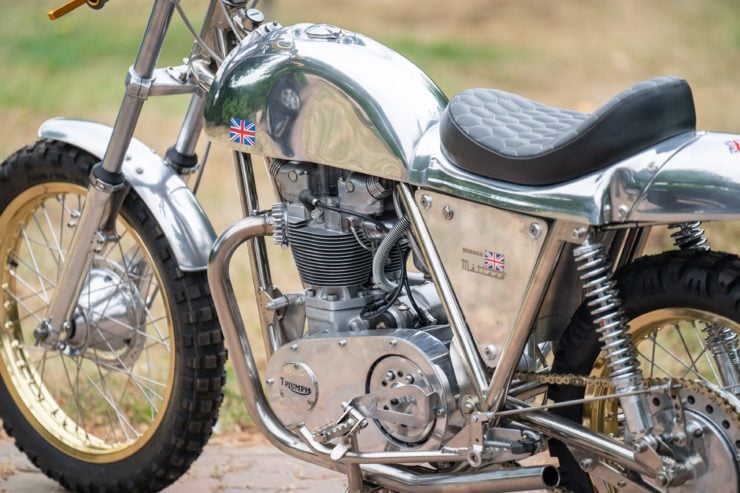 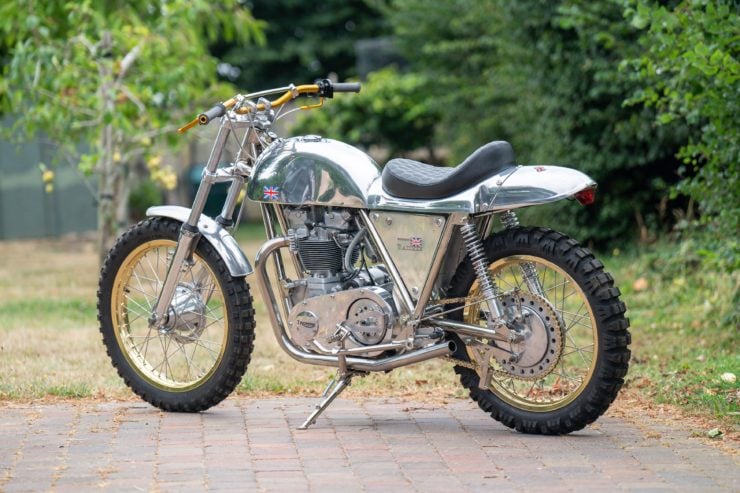 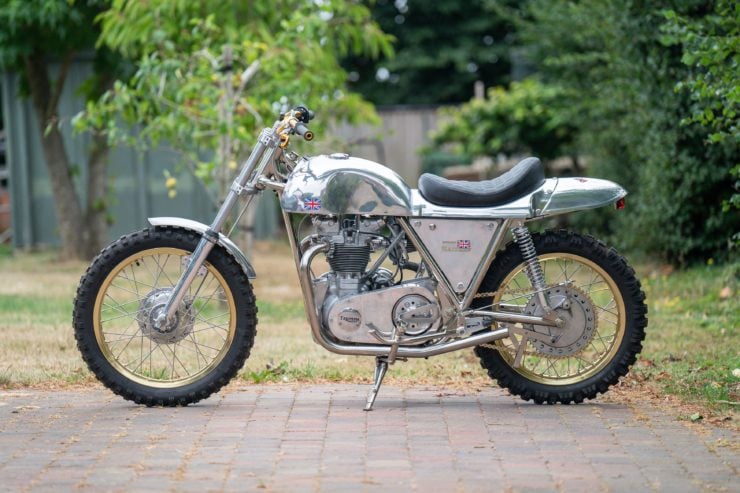 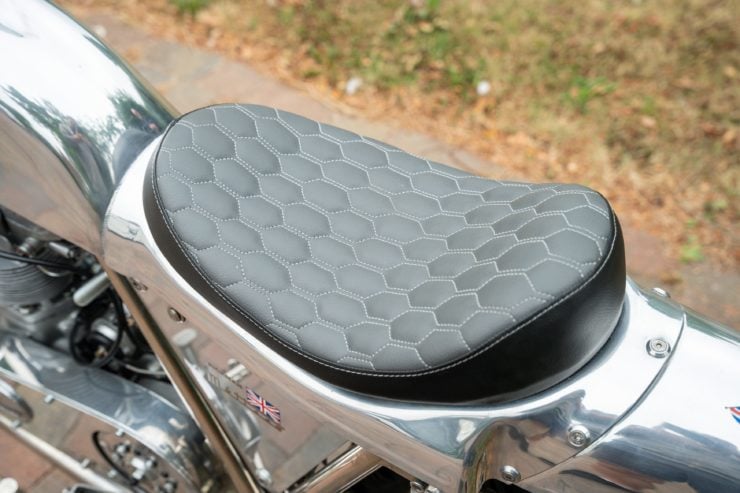 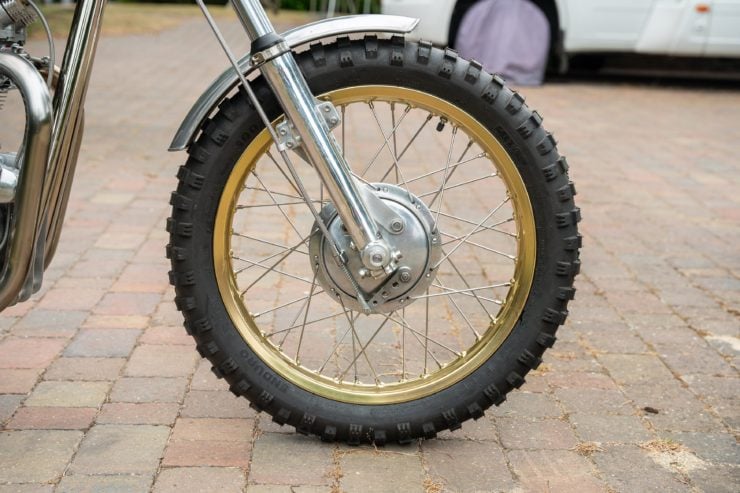 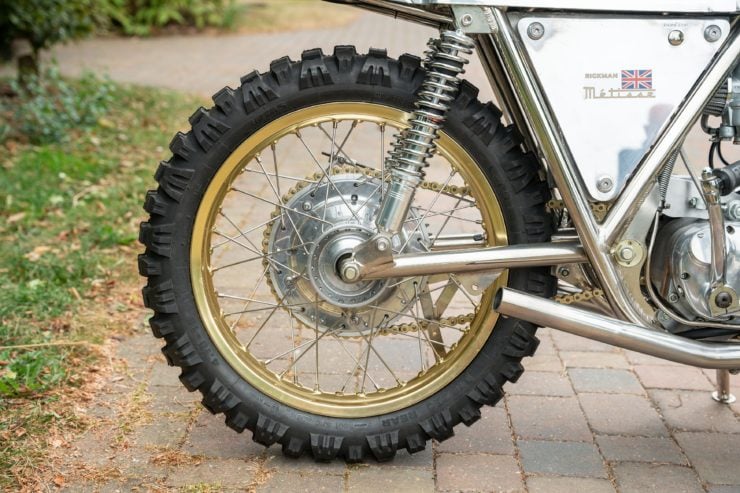 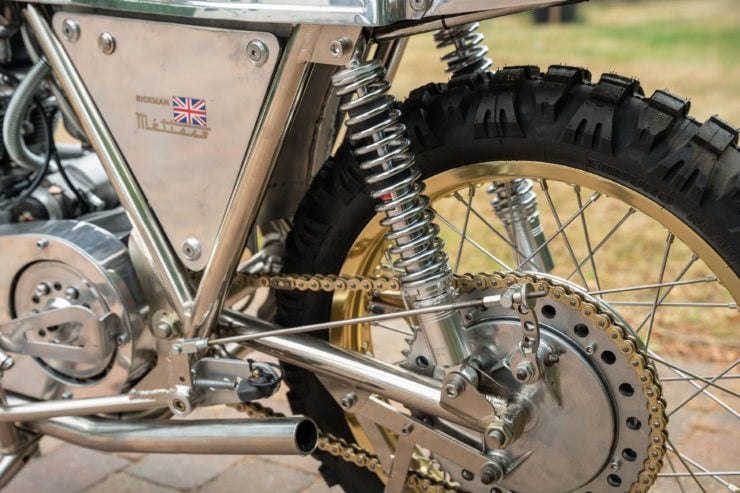 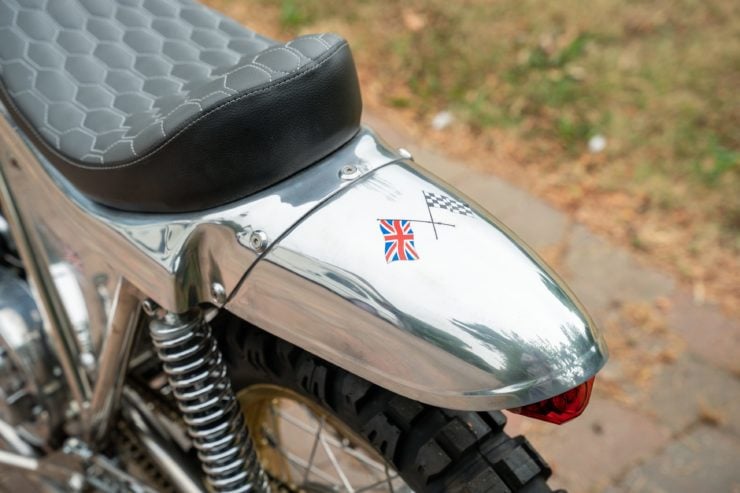 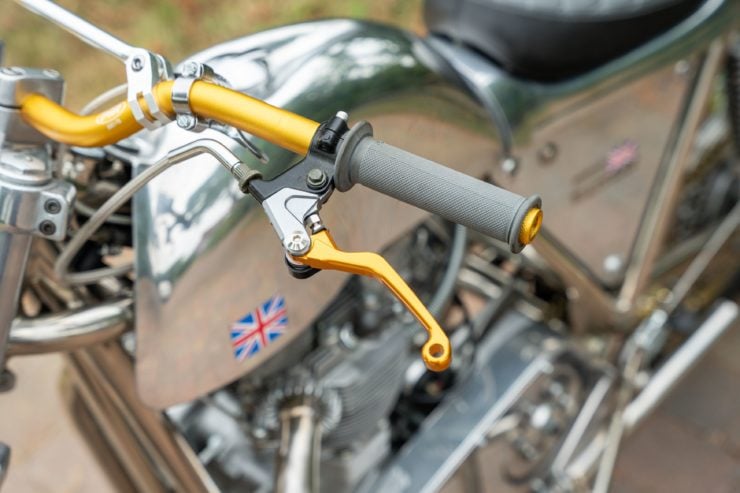