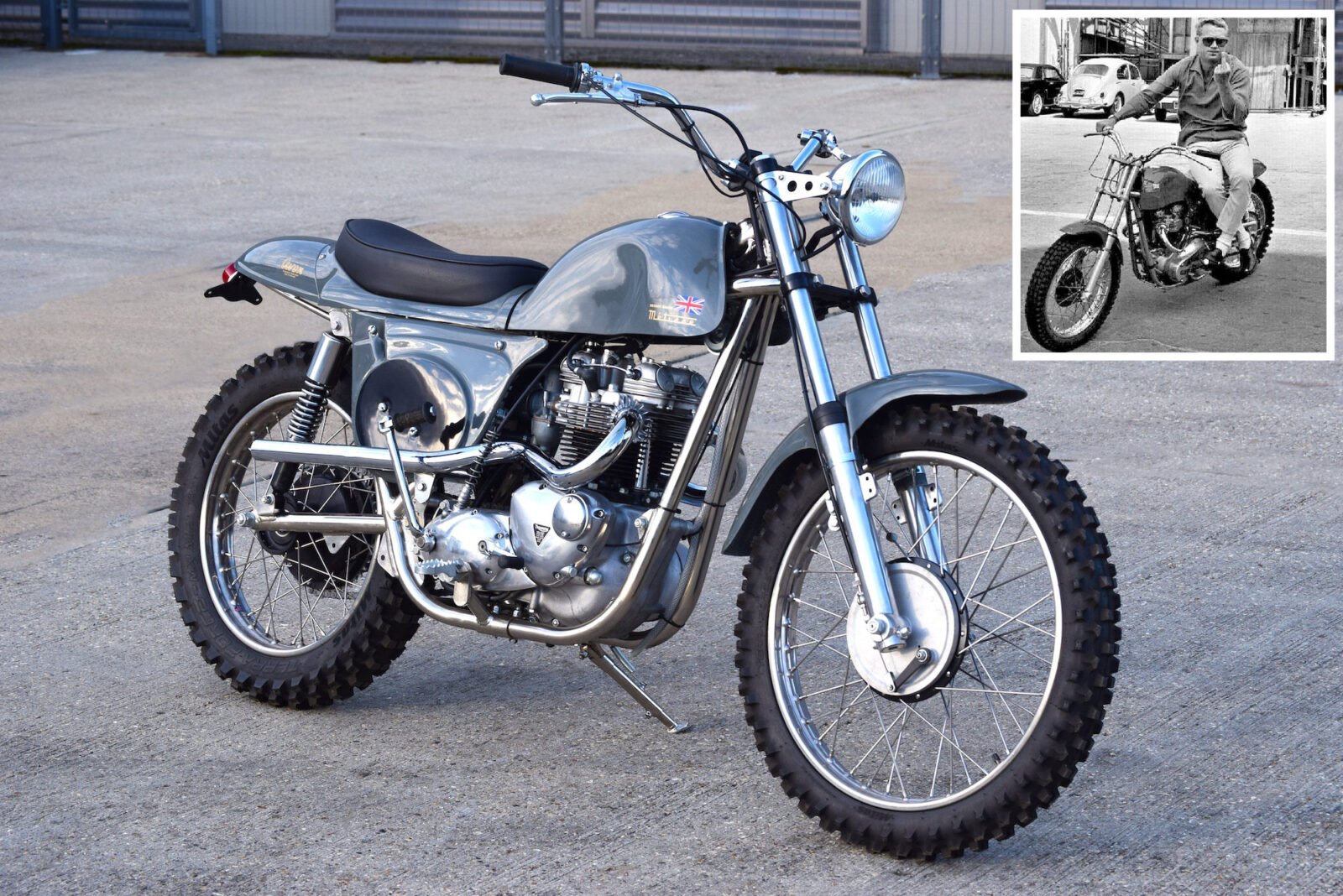 This is a Steve McQueen Metisse Desert Racer, it’s one of 300 that will be made, each is built to the specifications of the example owned by Steve McQueen in period and the series is officially approved by his estate.

McQueen’s love of machines is well documented, he owned motorcycles, cars, and four-wheel drives, plus he was an accomplished racer on both two wheels and four. He was such a successful motorcycle racer that he used his winnings to pay for acting school in the 1950s.

Brothers Don and Derek Rickman were successful off road motorcycle racers in the late 1940s, competing in trials and scrambles events in the United Kingdom.

The untimely death of their father left them his fully equipped workshop in the 1950s, they began building their own motorcycles and within 20 years the brothers would grow their business into the largest surviving motorcycle manufacturer in Britain. 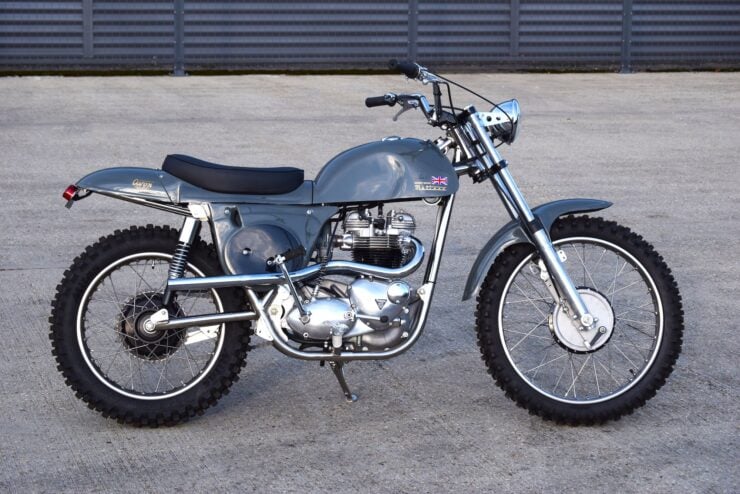 The strong lightweight frames developed by the Rickman brothers have become legendary. Rickman motorcycles were typically dozens of pounds lighter than the factory-built competition.

It became clear to the Rickmans that the motorcycles they were competing on were simply too heavy to be competitive.

They designed their own motorcycle frame using high-end Reynolds 531 tubing, they fitted it with British motorcycle engines and transmissions, and used the best suspension and brakes they could source. Later the brothers would use engines from other countries, including Japanese engines in many of their most popular road bikes.

The resulting motorcycle was far lighter than the bikes they had been using previously, with better handling and performance. Demand for these new Rickman motorcycles was high on both sides of the Atlantic.

As the 1960s progressed they began offering road racing motorcycle frame sets as well, and by the mid-1970s they were selling 4,000+ a year, making them the largest surviving motorcycle manufacturer in the UK. 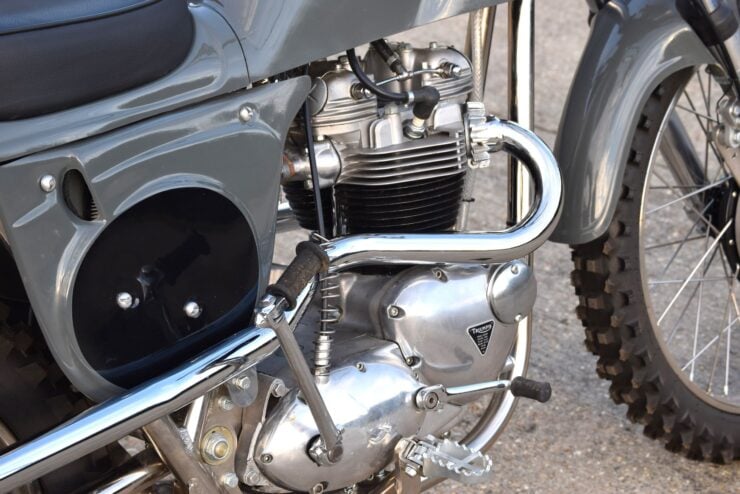 The Metisse is fitted with a Triumph TR6 parallel twin with a displacement of 650cc, power is sent to the rear wheel via a 4-speed transmission.

The Metisse Mk3 is likely the motorcycle that the Rickman brothers are best remembered for today, it revolutionized the world of off road motorcycle racing in the 1960s, it was highly influential on the production scramblers of the day, and it remained surprisingly competitive against the lightweight two-strokes when they arrived.

In 2008 the Steve McQueen Metisse Desert Racer was unveiled, it was a motorcycle developed on the original Metisse Mk3 platform with significant input from Steve McQueen’s son Chad McQueen and Dave Ekins (brother of Bud Ekins).

Just 300 will be made, each is numbered and ready to ride – these are not designed to be stationary display pieces but rather fully functional off road racing machines that are just as quick as the one ridden by McQueen back in the 60s.

Just like the original Metisse owned by McQueen, this modern version uses large-diameter, nickel-plated chromoly Reynolds 531 tubing for the frame.

“This rig is the best handling bike I’ve ever owned!” – Steve McQueen, November 1966. 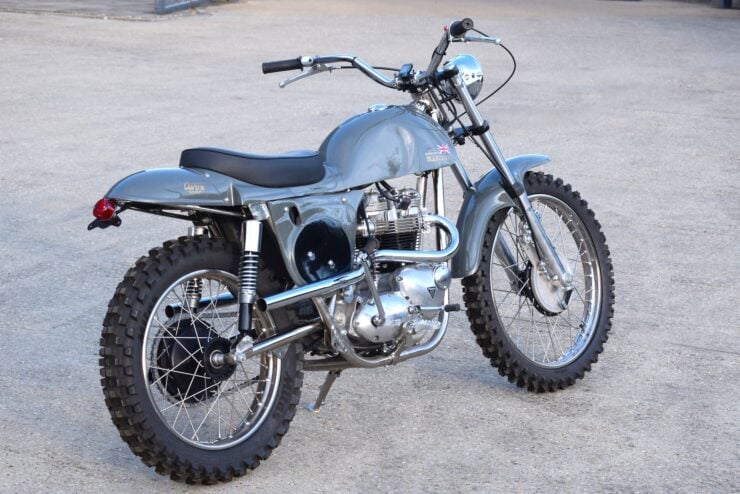 The distinctive fiberglass bodywork used on the Rickman Mk3 is designed to be lightweight and functional. Drum brakes are typically used front and back, with a traditional combination of telescopic forks and twin rear shock absorbers.

Though a wide variety of engines can be fitted to the frame via the use of different engine mounts, the McQueen Metisse is fitted with the same Triumph TR6 engine and four-speed gearbox that was used on Steve’s bike.

All Metisse motorcycles are desirable but the limited edition Steve McQueen Metisse Desert Racer is perhaps the most desirable motorcycle currently in production by the company, both because of its rarity and its link to McQueen.

The example you see here is a brand new 2021 model with just one mile on the odometer and its documents have been sent off to the DVLA, with the seller currently waiting to get its license plate so it can be used on the road.

If you’d like to read more about this Metisse you can click here to visit the listing on Collecting Cars. This motorcycle is being auctioned live online at the time of writing with a few days left to bid. 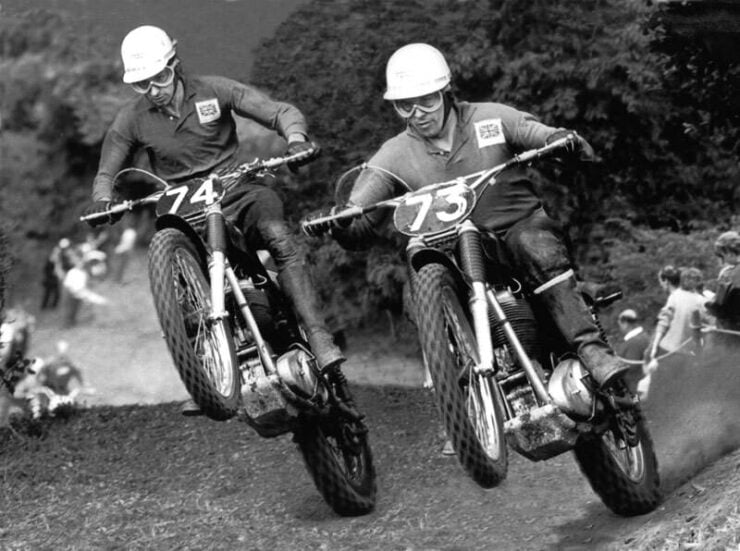 An undated image of brothers Don and Derek Rickman racing aboard their own machines. 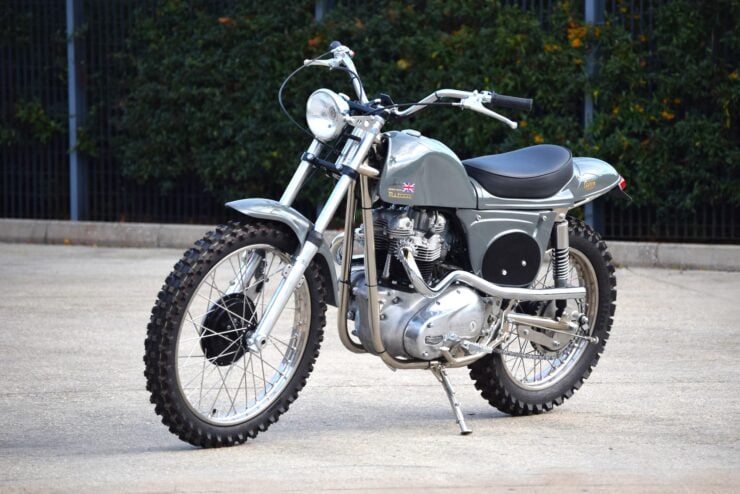 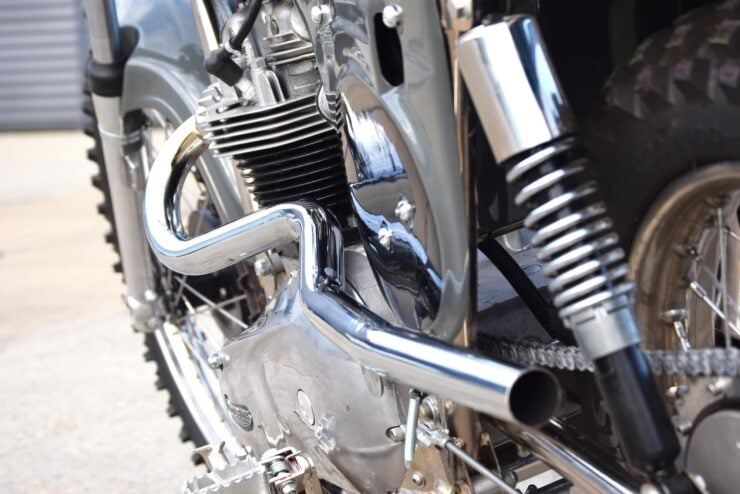 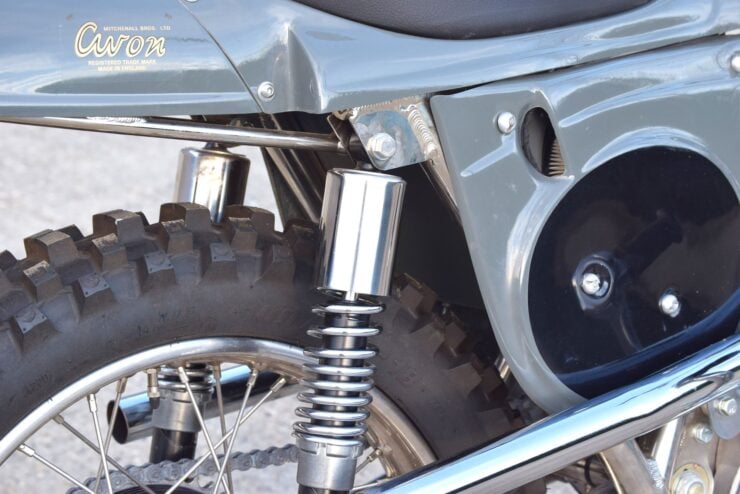 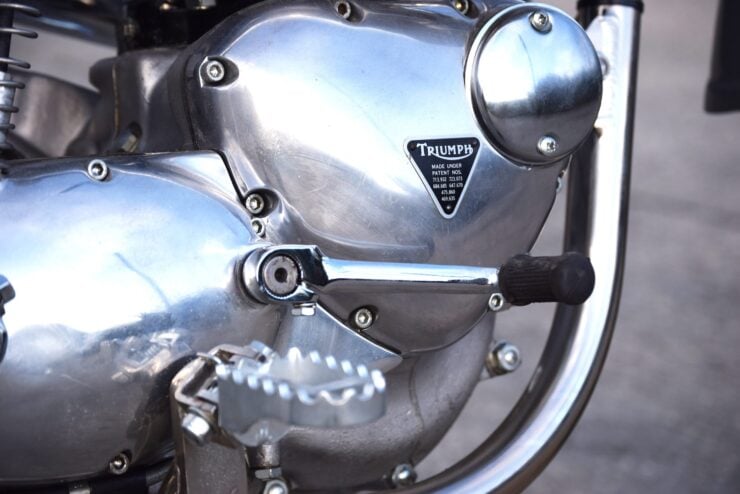 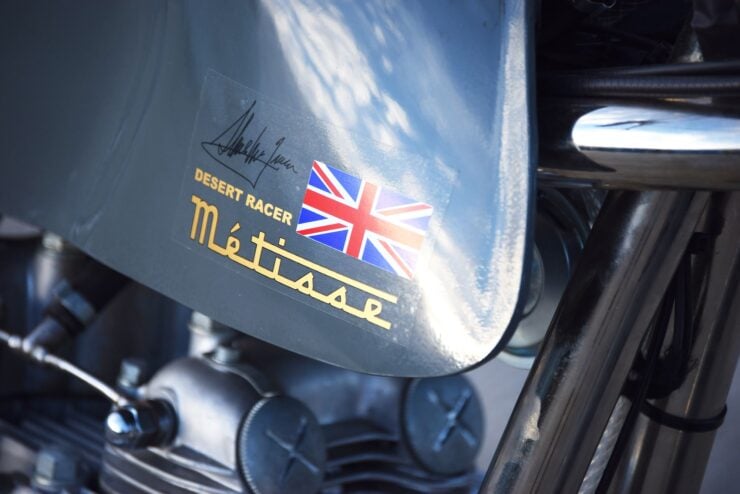 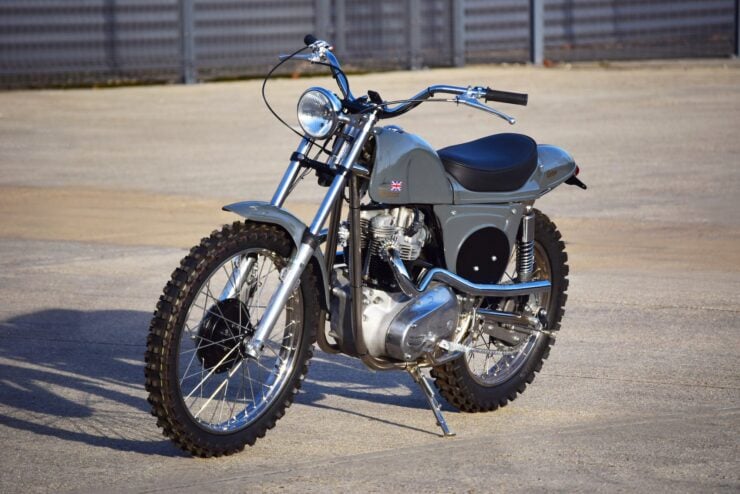 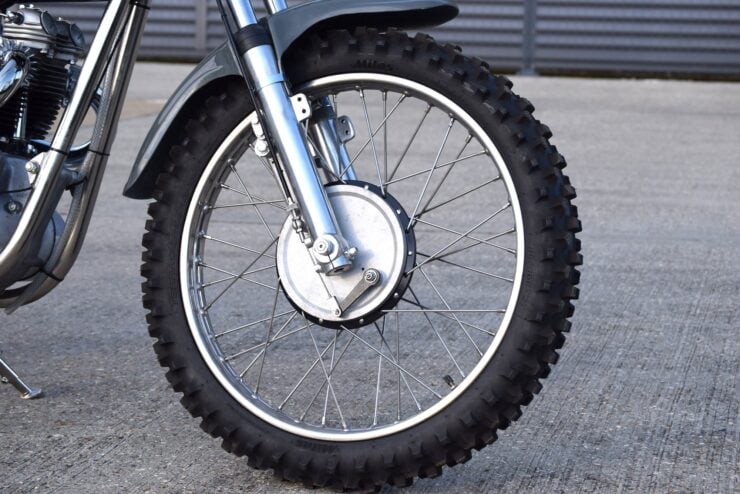 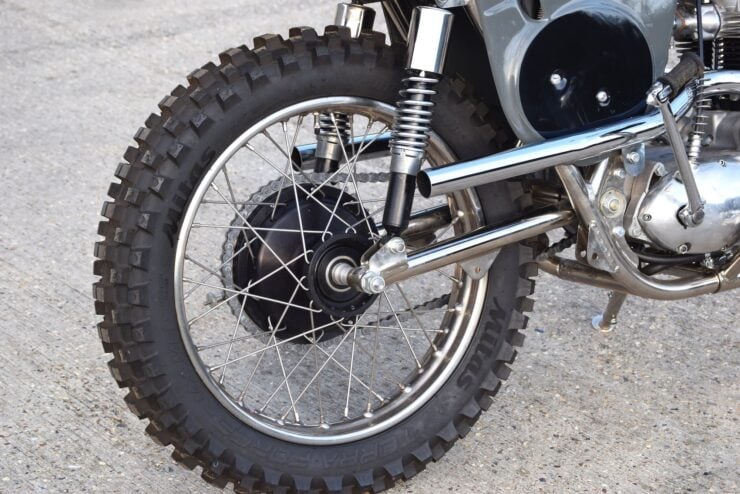 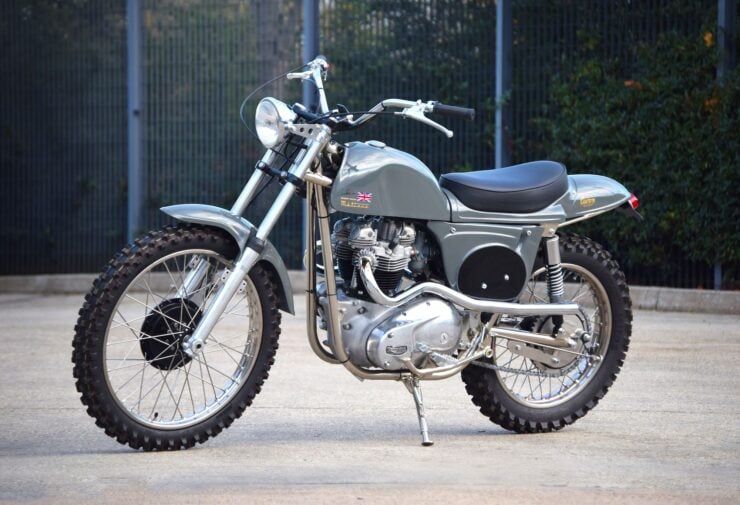 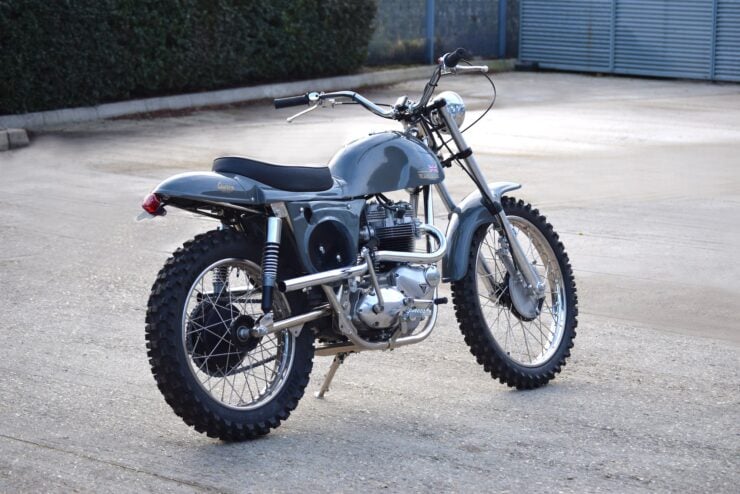