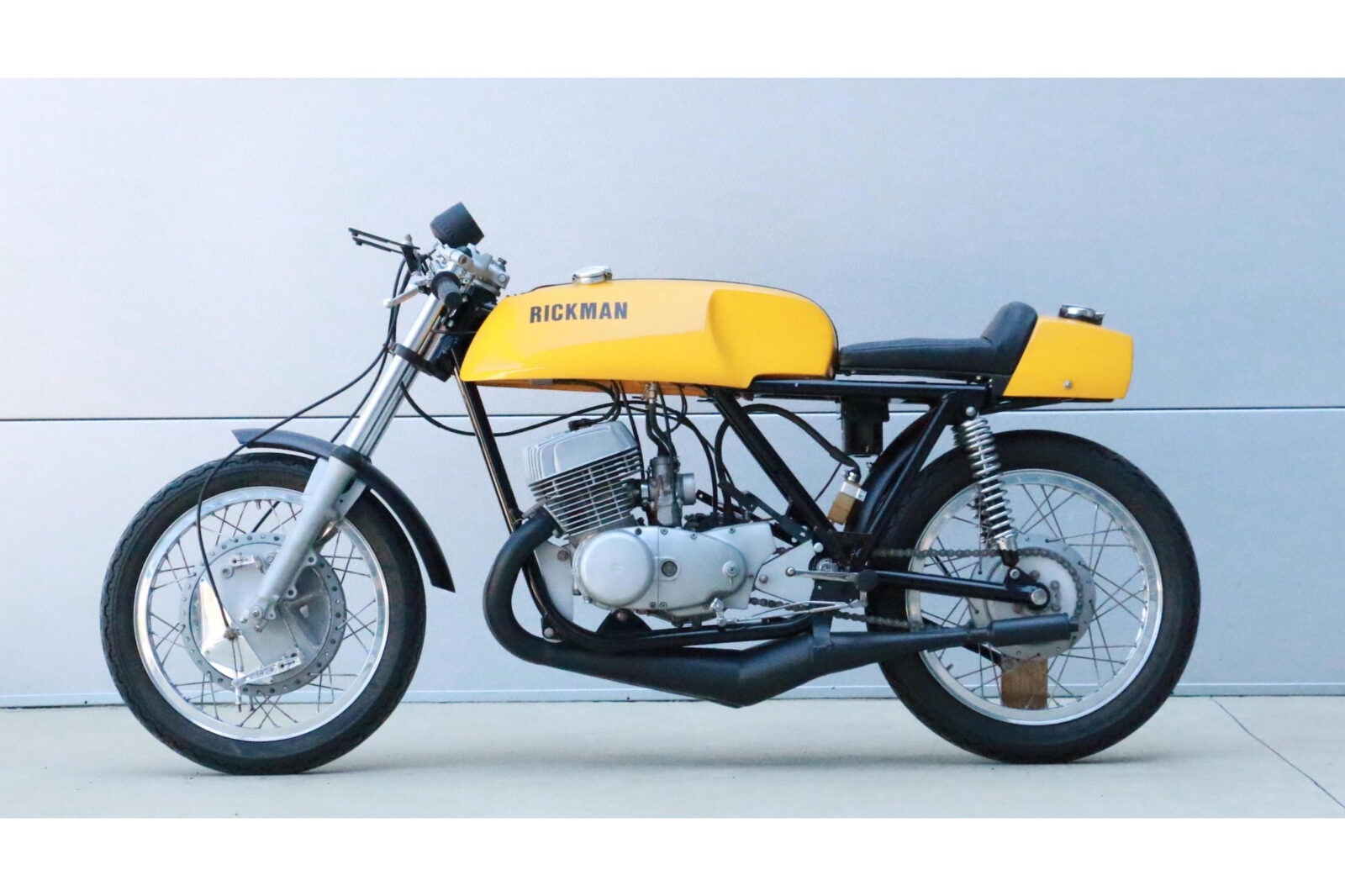 This is an original Rickman Metisse-Suzuki 500 Titan, one of the earlier Japanese-engined road racing Rickmans. The combination of reliable, high-output Japanese motorcycle engines with beautifully engineered British frames and suspension led to some of the best handling bikes of the era.

Derek and Don Rickman were already world class motocross racers when they branched out into motorcycle frame production in 1960. The frames developed by the brothers became known for their exceptionally low-weight and excellent rigidity, these frames would be combined with uprated brakes and suspension, then fitted with engine/gearbox combinations from the major British manufacturers.

British motorcycle manufacturers were reticent to sell engines to independent companies, so Rickman started out selling bare frames as well as rolling frame kits. Customers would then fit their own engines and transmissions and finish the bikes off to their own specifications.

At motocross and enduro events in the 1960s you would see any number of Rickman-framed motorcycles fitted with engines from Triumph, Norton, BSA, Royal Enfield, and more. Each was a little different but one characteristic they typically shared was speed and handling, particularly when compared with the heavier frames made by OEMs. 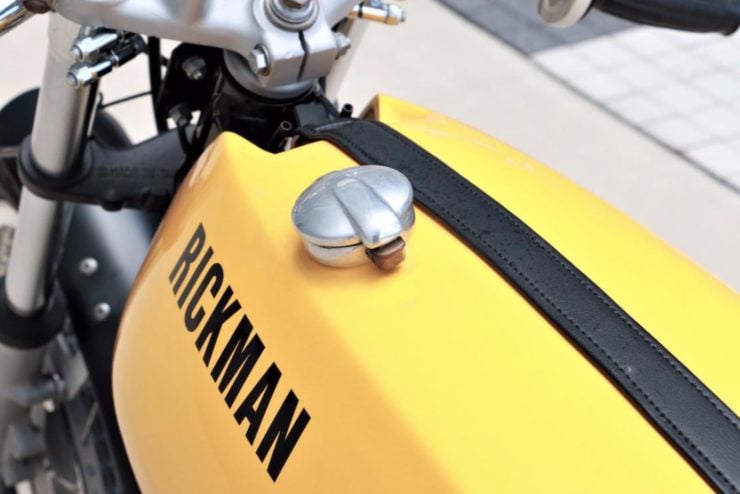 In the 1970s the major British manufacturers were struggling with bankruptcies and low sales figures, in some part due to the influx of Japanese motorcycles. It was at this point that Rickman turned their attention to Japanese-engined Rickmans, creating some of the most beautiful road going motorcycles of the era with beautiful fibreglass bodywork and gleaming nickel-plated frames.

Surviving Rickmans from this era are always a favourite with collectors and enthusiasts, typically gathering small crowds whenever they’re parked at shows or vintage race meets. Interestingly, you can still buy brand new Rickman frames and rolling chassis kits today from an officially-licensed supplier who uses the original specifications.

The bike you see here is a 1970 Rickman Metisse-Suzuki 500 Titan, the word “metisse” was borrowed from the French, it roughly translates as “mongrel” – a lighthearted reference to the bike’s mixed origins.

The Suzuki 500 Titan is a two-stroke, air-cooled parallel twin capable of 47 hp at 7,000 rpm. The engine is of unit construction, with a 5-speed gearbox and a chain final drive. 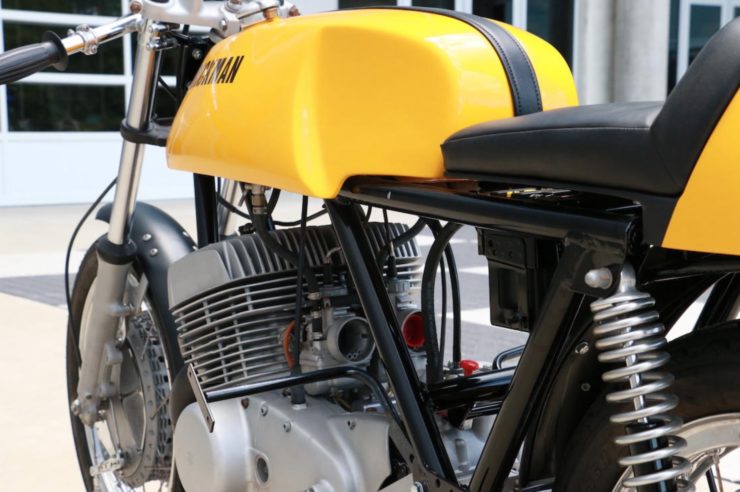 Japanese two-strokes in the 1970s were known for being exceedingly quick but they were oftentimes not paired with the frames, suspension, and brakes you needed to ride them and not risk imminent death. Some models were nicknamed “widow makers” and those who were riding in the ’70s often have a story or two about nearly going to meet St Peter courtesy of a two stroke from the land of the rising sun.

The use of a Rickman frame and uprated suspension and brakes made these Japanese blue-smokers far more tameable, and a genuine weapon on the race track.

The Rickman Metisse-Suzuki 500 Titan does require some recommissioning, but once it’s sorted it’ll be one of the quickest bikes in its class. Bonhams estimate that it’ll sell for between $6,000 and $10,000 USD when it rolls across the auction block, potentially making it an affordable entry into the world of vintage motorcycle racing. 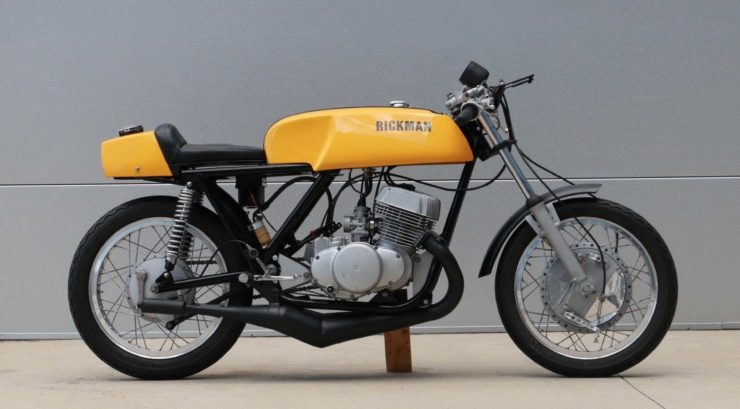 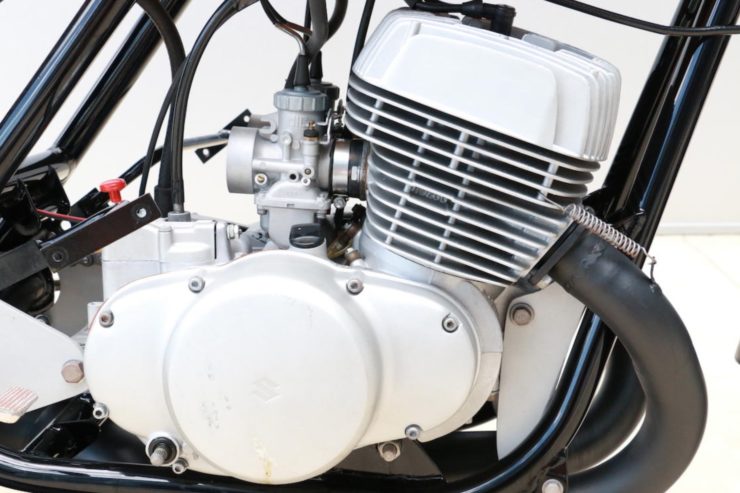 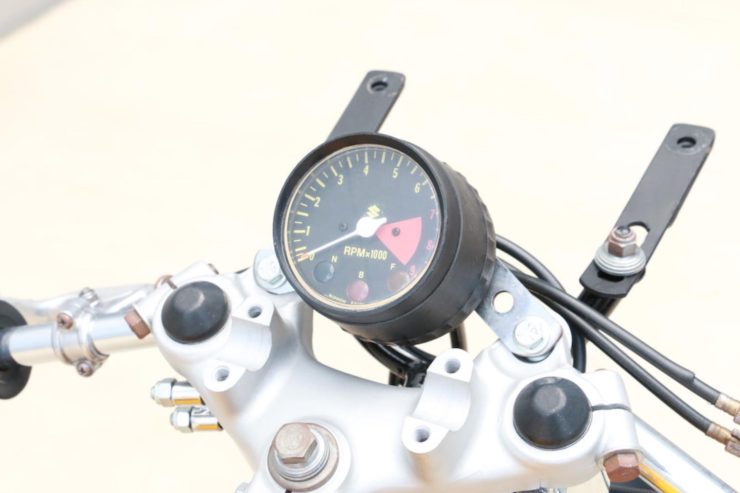 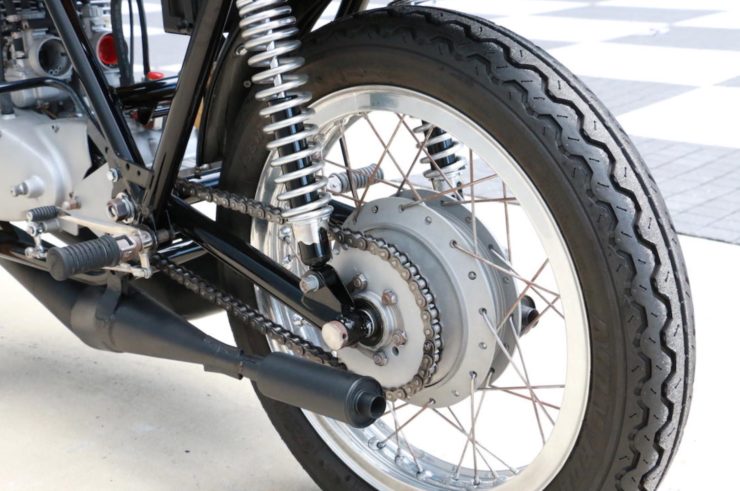 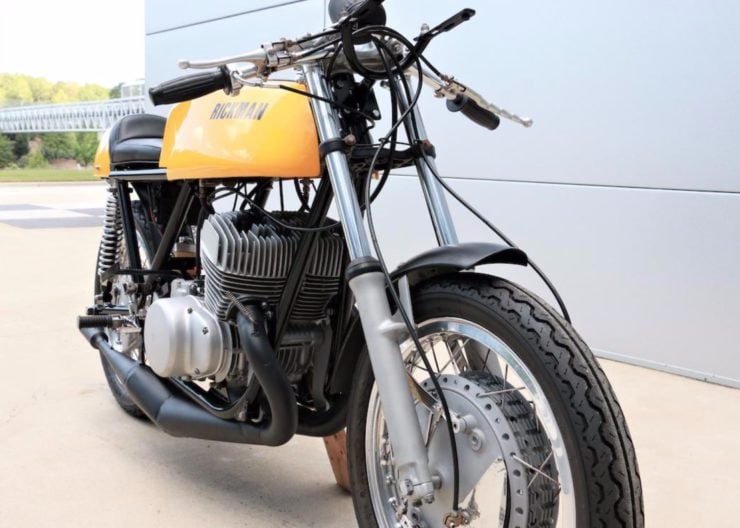 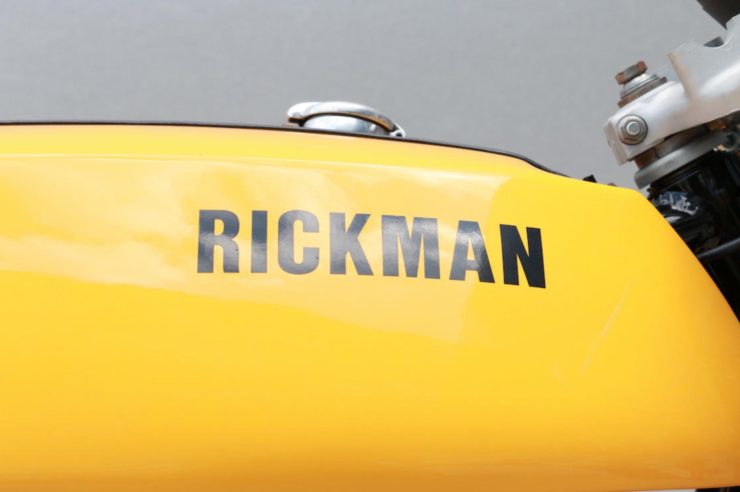 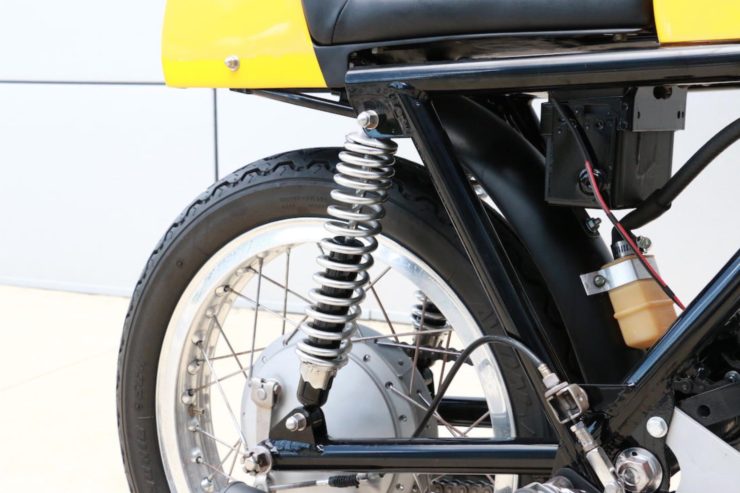 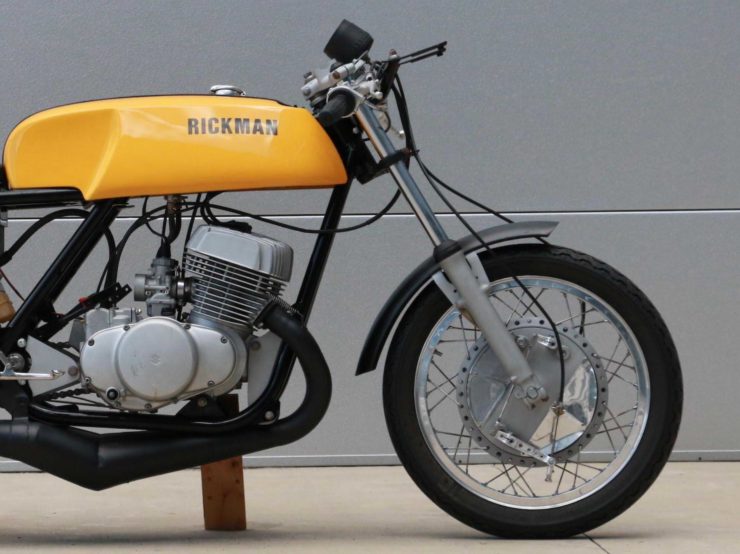 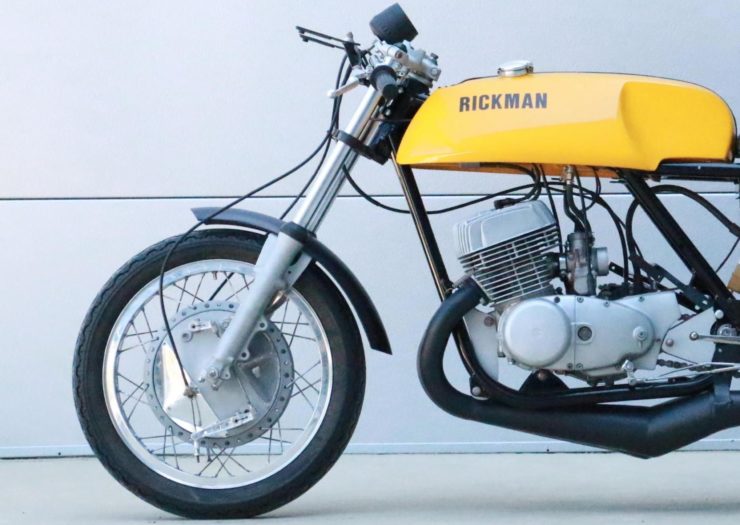 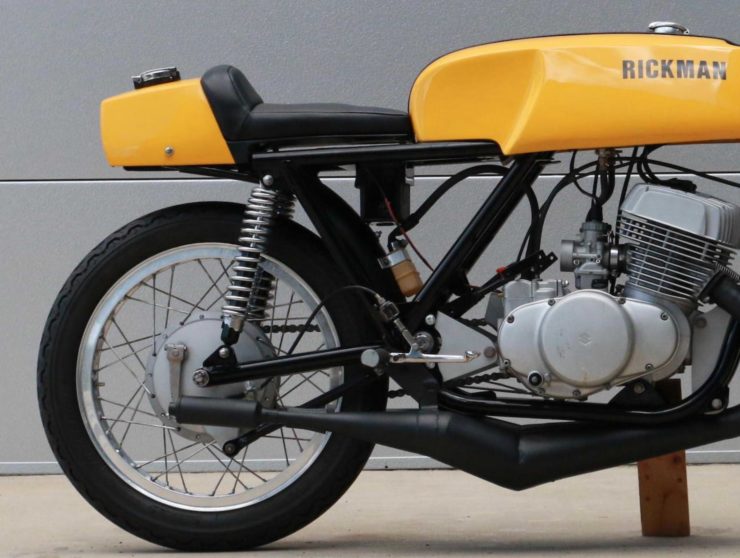 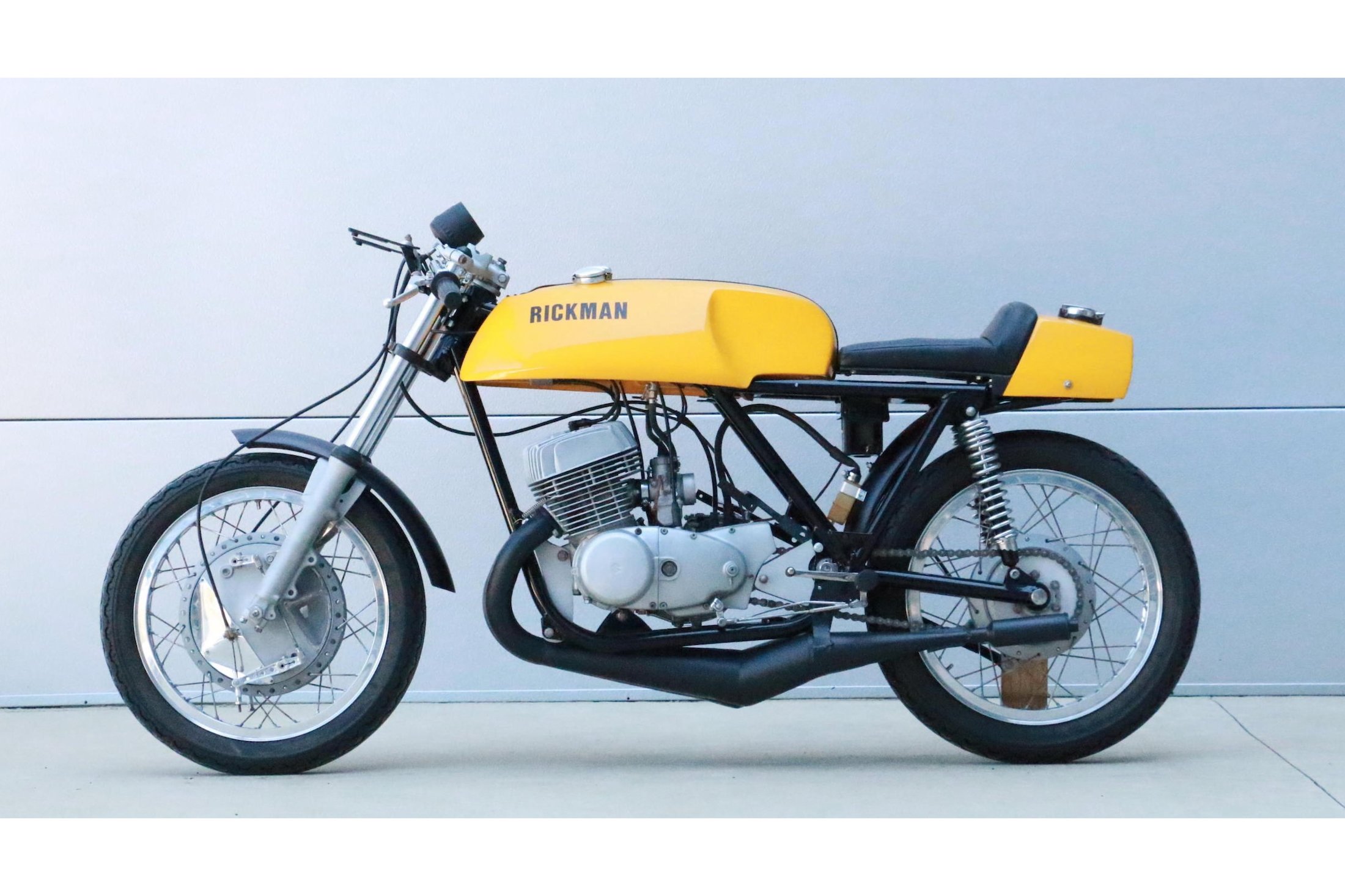