Inventor Charles F. Taylor’s one wheeled vehicles are a fascinating automotive “what if?” that never saw the required development time or resources devoted to them to make them a viable production vehicle.

The single most remarkable thing about the vehicle is that it doesn’t use onboard computers to manage the stability. It’s a purely mechanical system and judging by the home video footage above of Taylor testing some of his vehicles, the stability is actually pretty good both in a straight line and around corners.

Taylor built a number of 100% operational prototypes, he filed a range of patents for them, it’s also believed that he demonstrated at least one of these vehicles to the Pentagon though specifics on this are unclear.

Above Image: A proposed (but never built) Taylor One Wheel Vehicle.

Taylor was a prolific inventor long before he came up with the concept for his one wheeled creations. He invented the first working ceramic ball press, something many others had tried to develop for years including Champion, the spark plug maker. This invention is still in use today, particularly in the production of white paint, as a hardened steel ball would transfer some color to the white powder.

Later while working at Morse Chain (which later became a division of Borg Warner), Taylor worked on the development of drivetrains and transmissions, acquiring a further two patents for automatic transmission designs.

The work on one wheeled vehicles appears to have consumed many years of Taylor’s life throughout the 1960s and beyond. These vehicles were far from the simple monowheels of the past that typically seated the driver in the centre of a giant wheel. The Taylor designs called for a large single wheel, typically sourced from a tractor, to be mounted in the middle of a rectangular frame that also housed the engine, gyroscope, driver’s seat, controls, and other ancillaries.

The obvious issue for any one wheeled vehicle is stability, particularly a vehicle like Taylor’s with a platform mounted to the axle. In order to allow the vehicle to turn and to keep it steady, Taylor fitted a gyroscope to the platform connected to a steering wheel. This allowed the platform to tilt which gives left and right steering, it also resists forward/backward tilting. 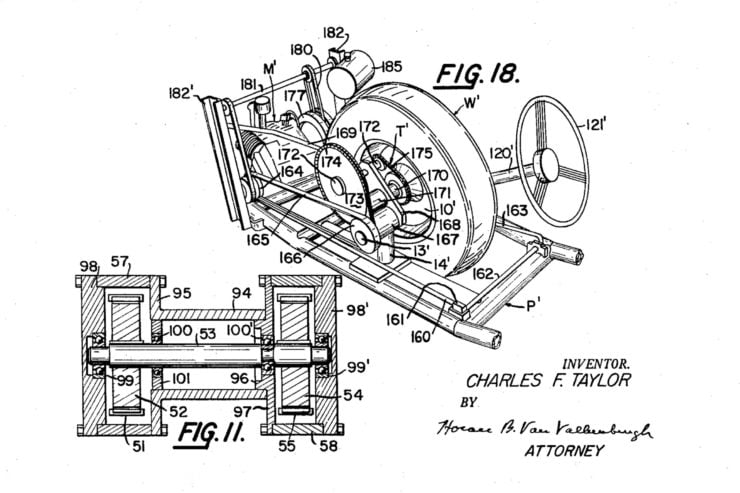 It’s believed that Taylor also developed a forward facing blower to stop the vehicle tilting forwards under braking, however details on this are scarce.

It’s difficult to know what specific functions this vehicle or a vehicle like it would fill, it would appear that it’s not well-suited to off road use due to its long entry and departure angles, and the issue of stability is obviously paramount off road.

There are potentially some uses on road, however it’s difficult to imagine a vehicle like this carrying any significant loads of goods or people.

As an engineering design exercise however, the Taylor One Wheel Vehicle is a fascinating thing. If you’d like to read more about this vehicle the good news is that a number of people have dedicated a lot of time to understanding exactly how it works over the years – some have even recreated their own modern versions (with varying levels of success, as seen in the below video).

If you’d like to read more about Charles F. Taylor and his remarkable creations you can click here to visit the site hosted by the Berkeley Engineering Division. A significant amount of research has been done into Taylor’s machines, particularly into how he managed it with no computers using a purely mechanical system. 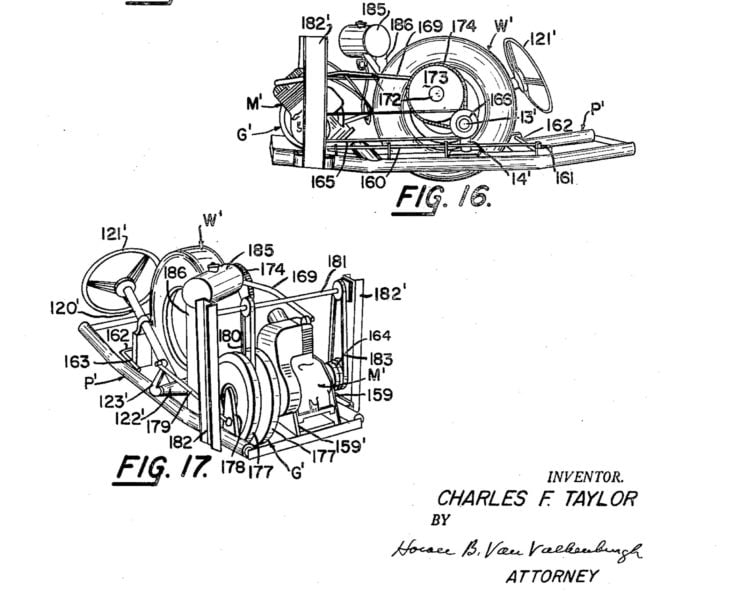 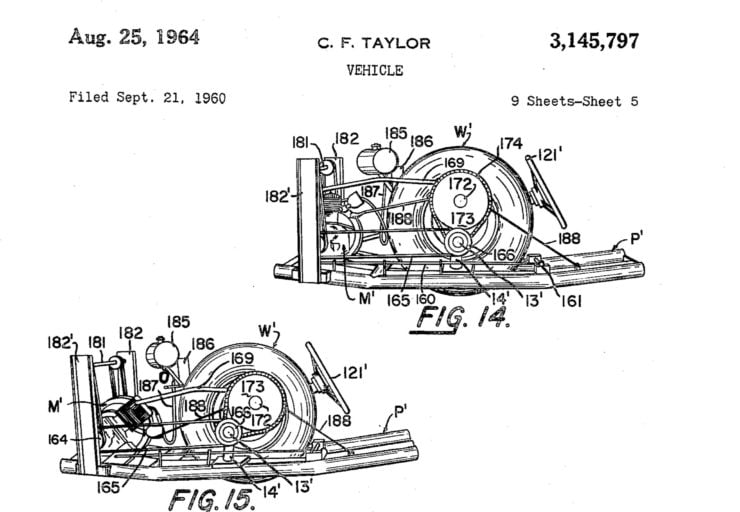 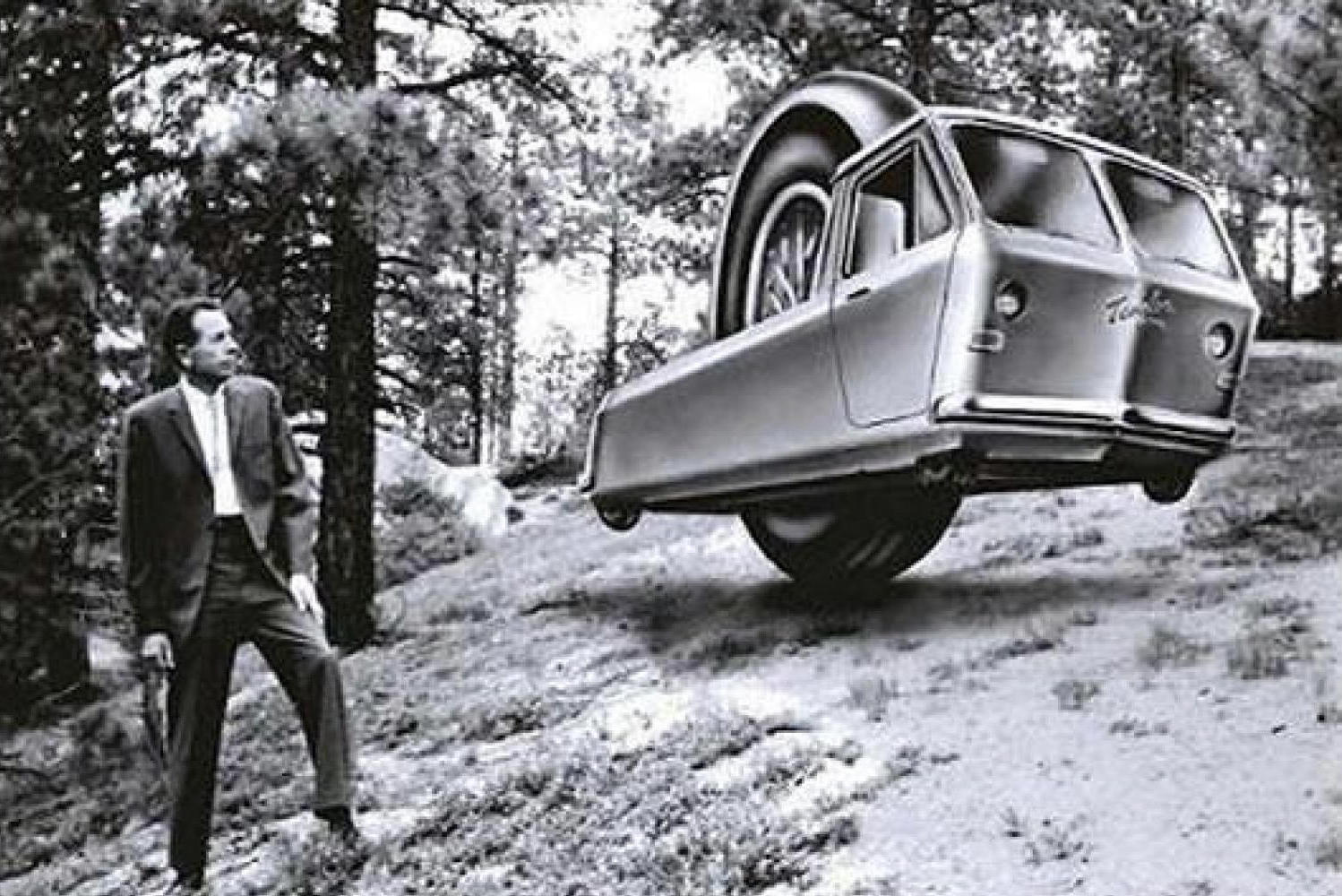