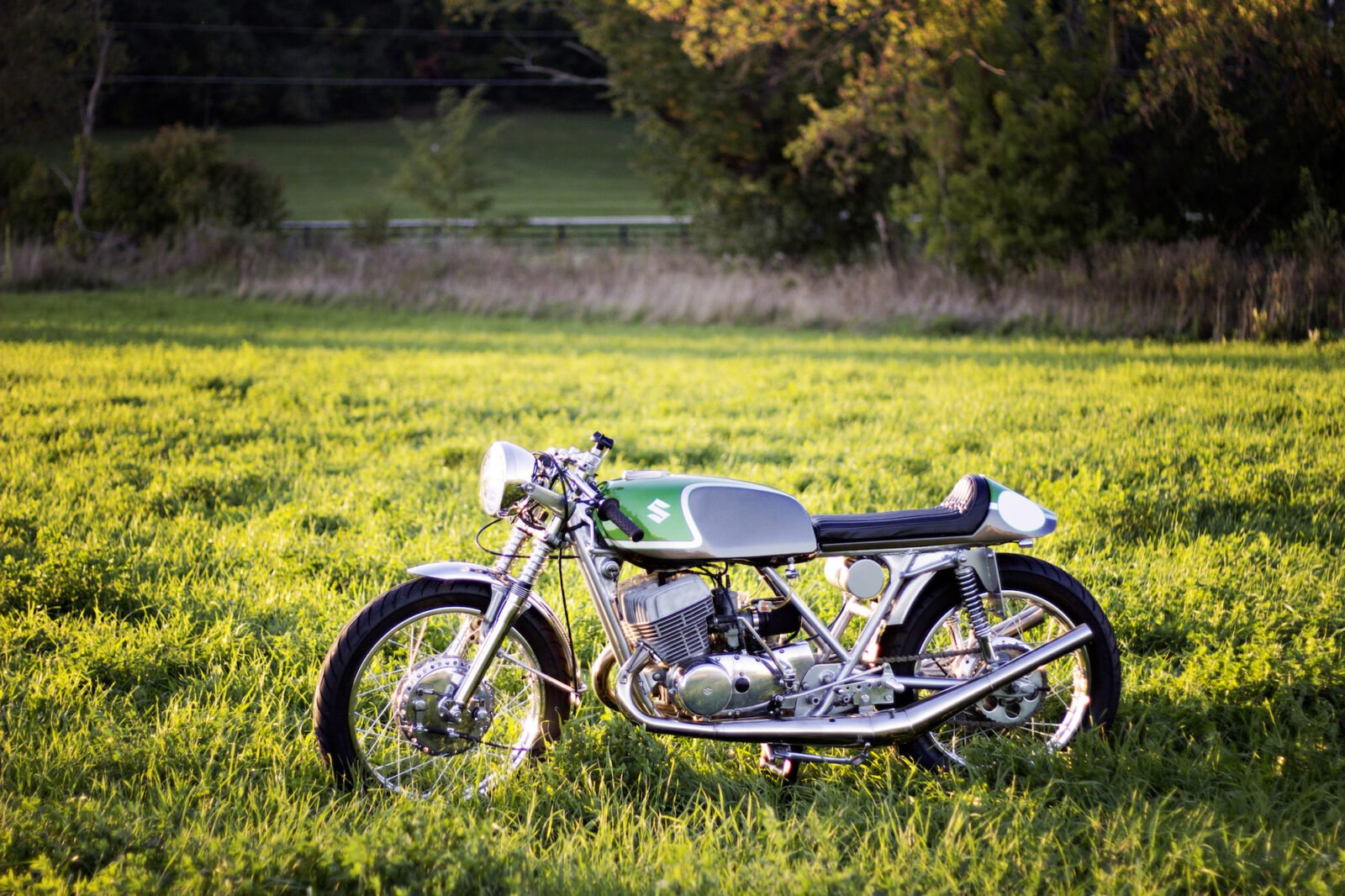 The Suzuki T500 is a parallel-twin two-stroke that has the historic distinction of being the biggest two-stroke built since WWII at the time of its introduction, and the holder of two Isle of Man TT 500cc titles from 1970 and 1972.

Originally introduced in 1968, the Suzuki T500 was the product of a time before emissions regulations and climate change concerns began to eat away at the popularity of two-stroke engines. Although the Brits were most commonly associated with the parallel-twin engine configuration, the Japanese had been making inroads, and Suzuki decided to go all-in and build a two-stroke version.

Initially the T-series Suzukis were smaller, the series started off with the T90 Wolf, and included the T125 Stinger, the T200 Invader, the T20 “Super Six” Hustler, the T305 Raider, and the T500 Titan. I don’t know who the marketing guy was in charge of naming each model, but I think we can all agree that he nailed it.

The model sold well until its demise in 1975, and surviving examples are becoming more and more sought after by both collectors and customisers.

The rebuilt Suzuki T500 cafe racer you see here is the work of Steve Baugrud, a resident of Wisconsin, and an amateur bike builder with significant talent. The bike was found in a sorry state, it had sat for 20 years unused and rusting, so the first order of business was a full tear down and frame detabbing.

Steve estimates that he had to throw out approximately half the parts due to rust and corrosion – including the original fuel tank and seat. A new tank was sourced from a Yamaha XS650, and a new seat pan/fairing was formed from aluminium with a newly upholstered cushion.

The engine was rebuilt from scratch with new crank seals and bearings, the cylinders were re-bored and fitted with Wiseco pistons, and everything else was vapor blasted or polished.

The new expansion chambers are polished stainless units from Higgspeed in the UK, and the rearsets are from Titan Performance, also from the UK, made for the T500 specifically. The beautiful paintwork is by Artistimo (aka Jason LeCavalier).

The build was completed with a brand new bespoke wiring loom strung together by Steve, and designed to allow the bike to run without a battery – just using a capacitor to even out voltage. This is Steve’s 7th custom, and usually he sells each bike to fund the next project – however this time he’s decided to keep the T500 and use it as his own personal ride. Can’t say I blame him. If you’d like to see more images of the bike you can click here to see the Flickr album.

Editor’s Note: The bike is currently listed for sale on Bring a Trailer with bidding at $3,995 at the time of writing. 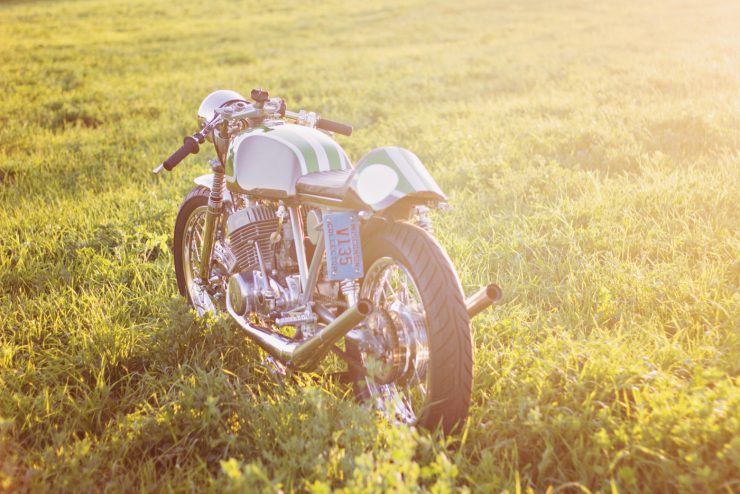 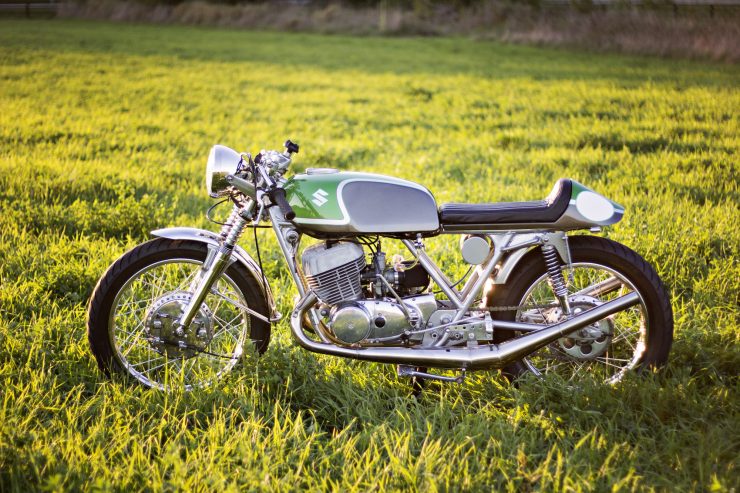 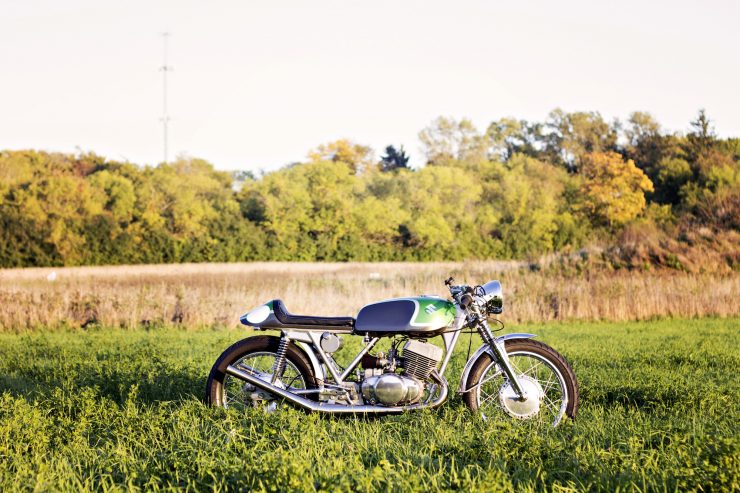 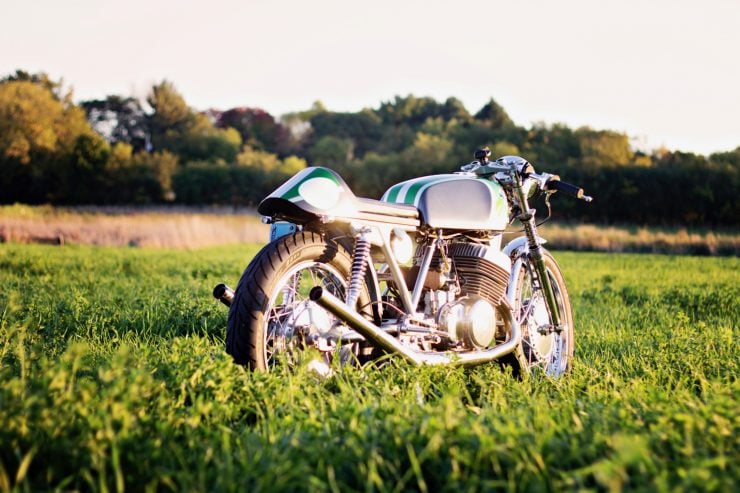 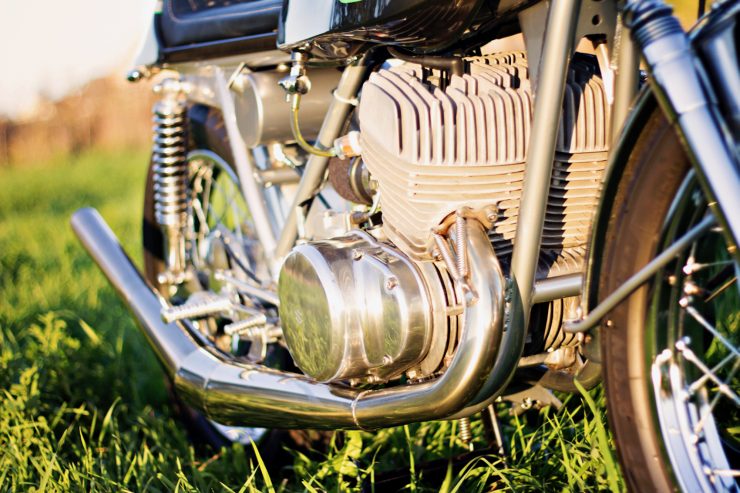 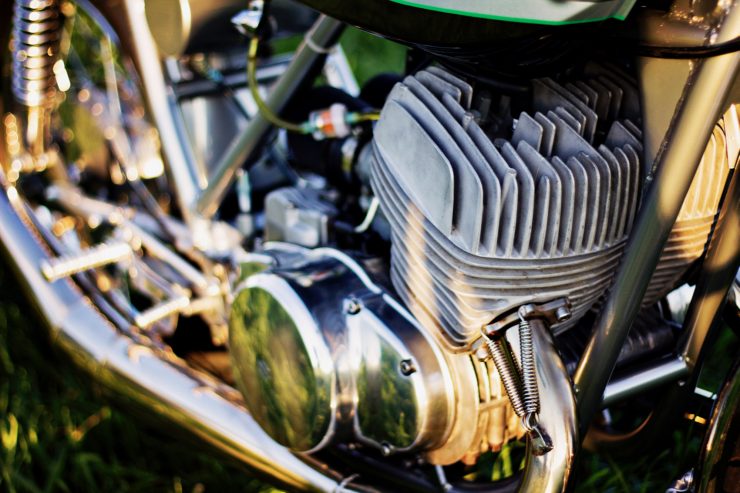 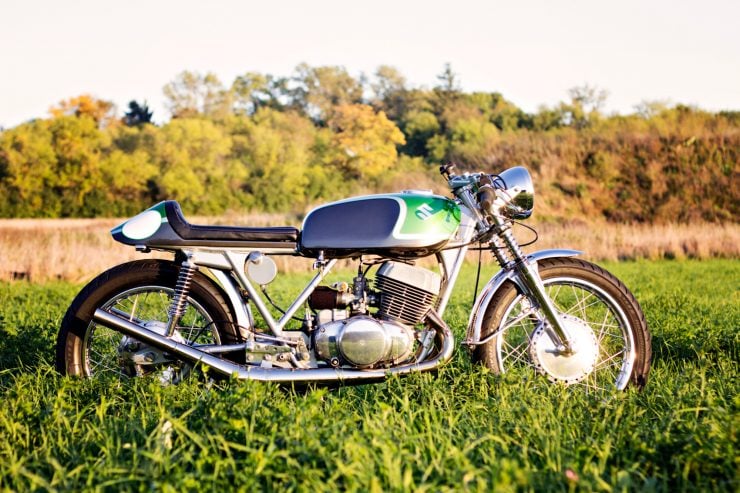 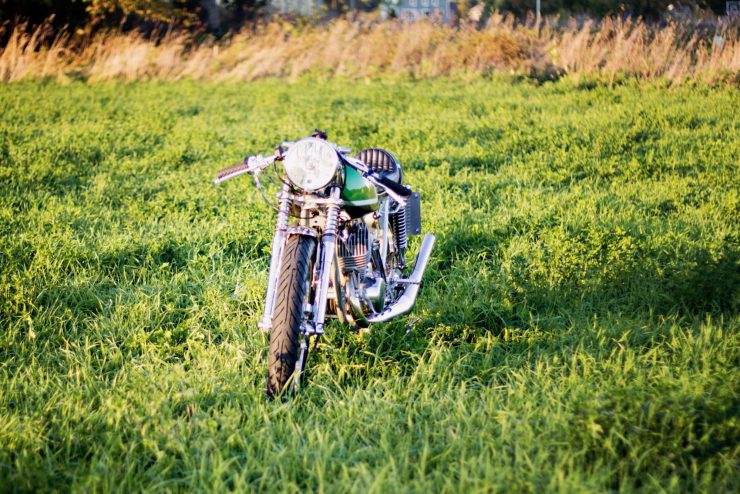 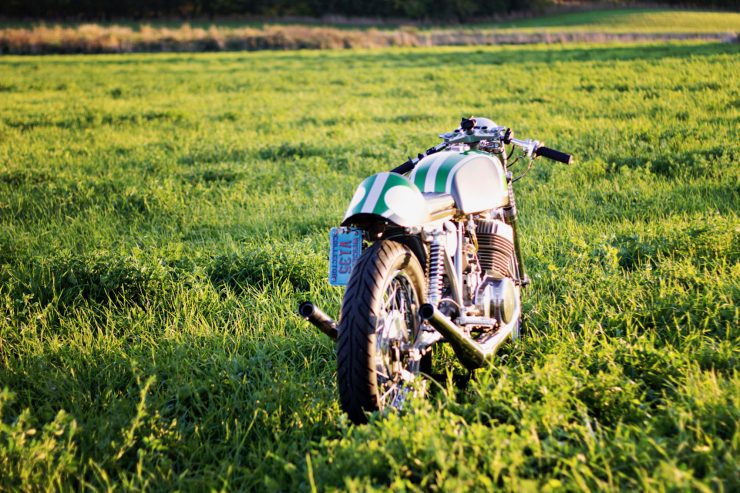 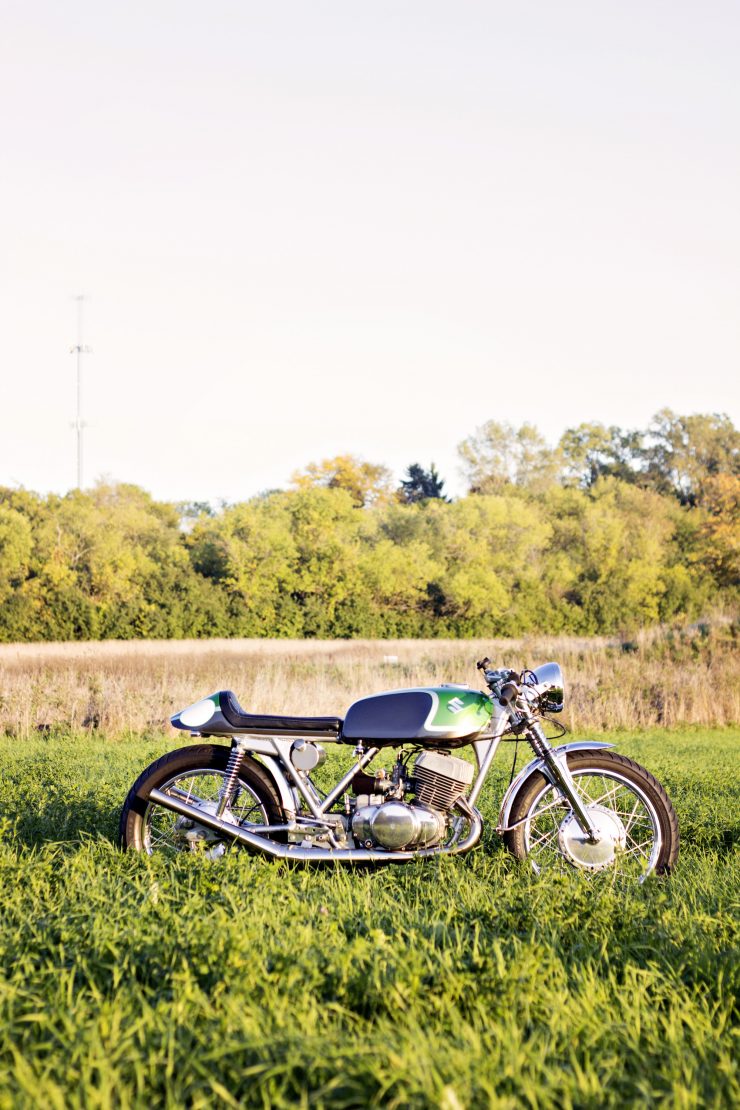 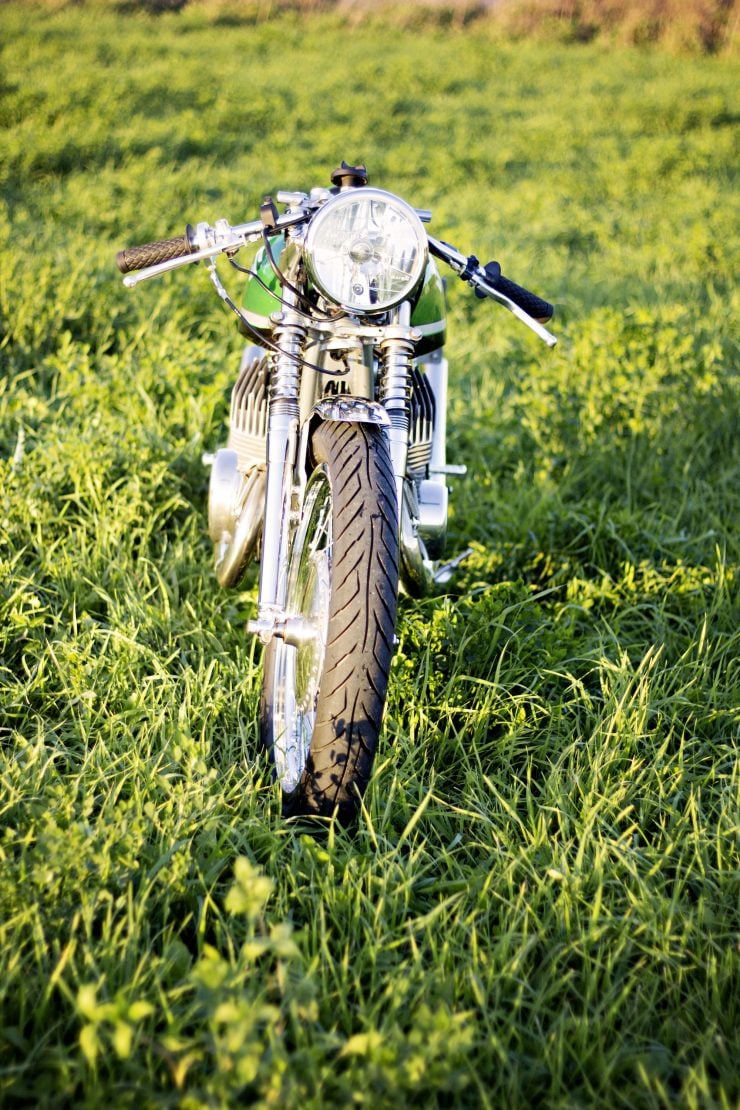 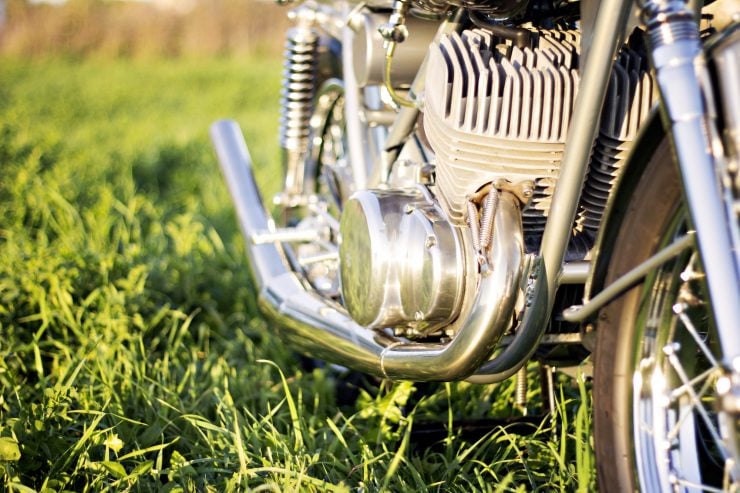 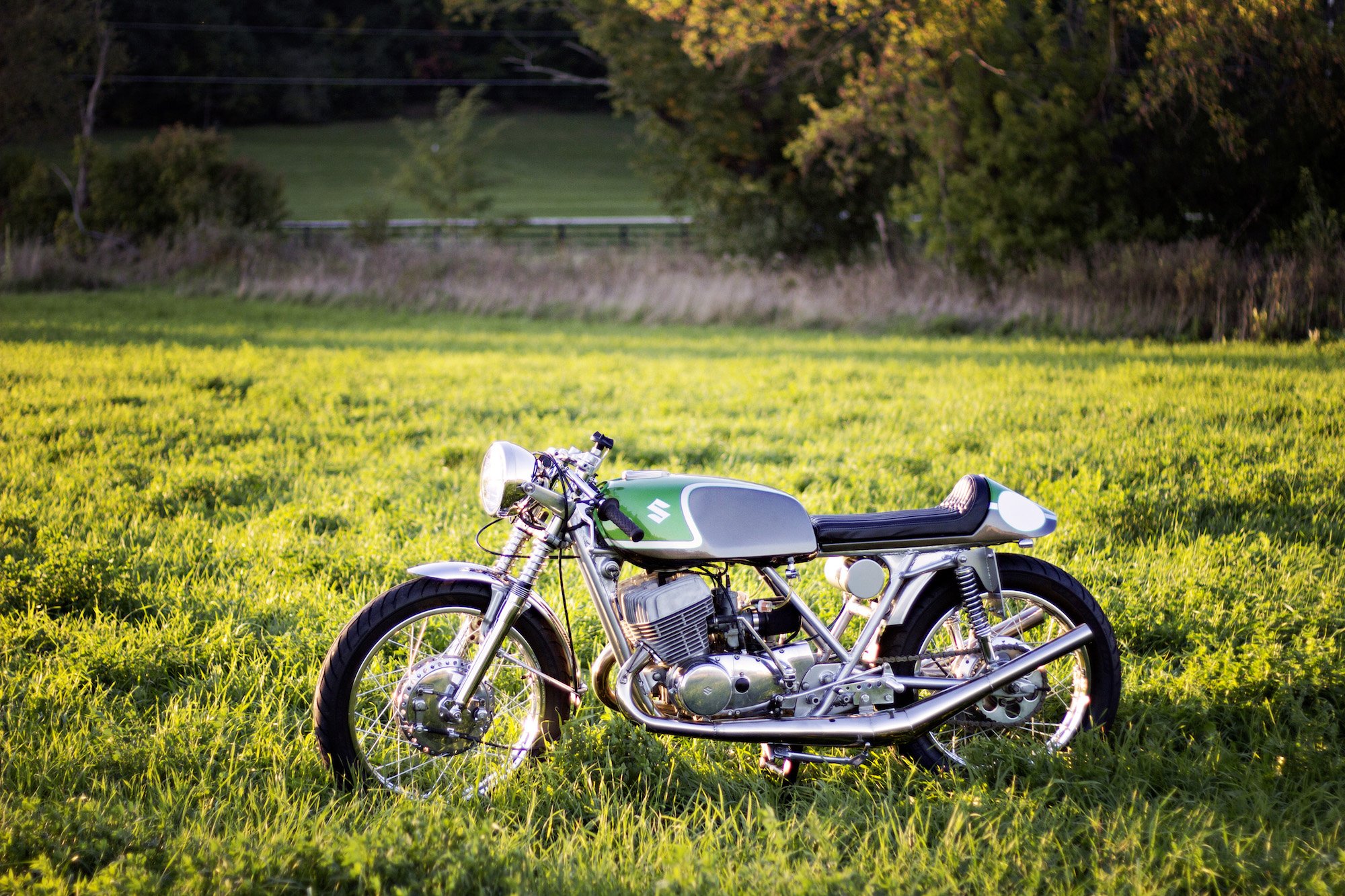