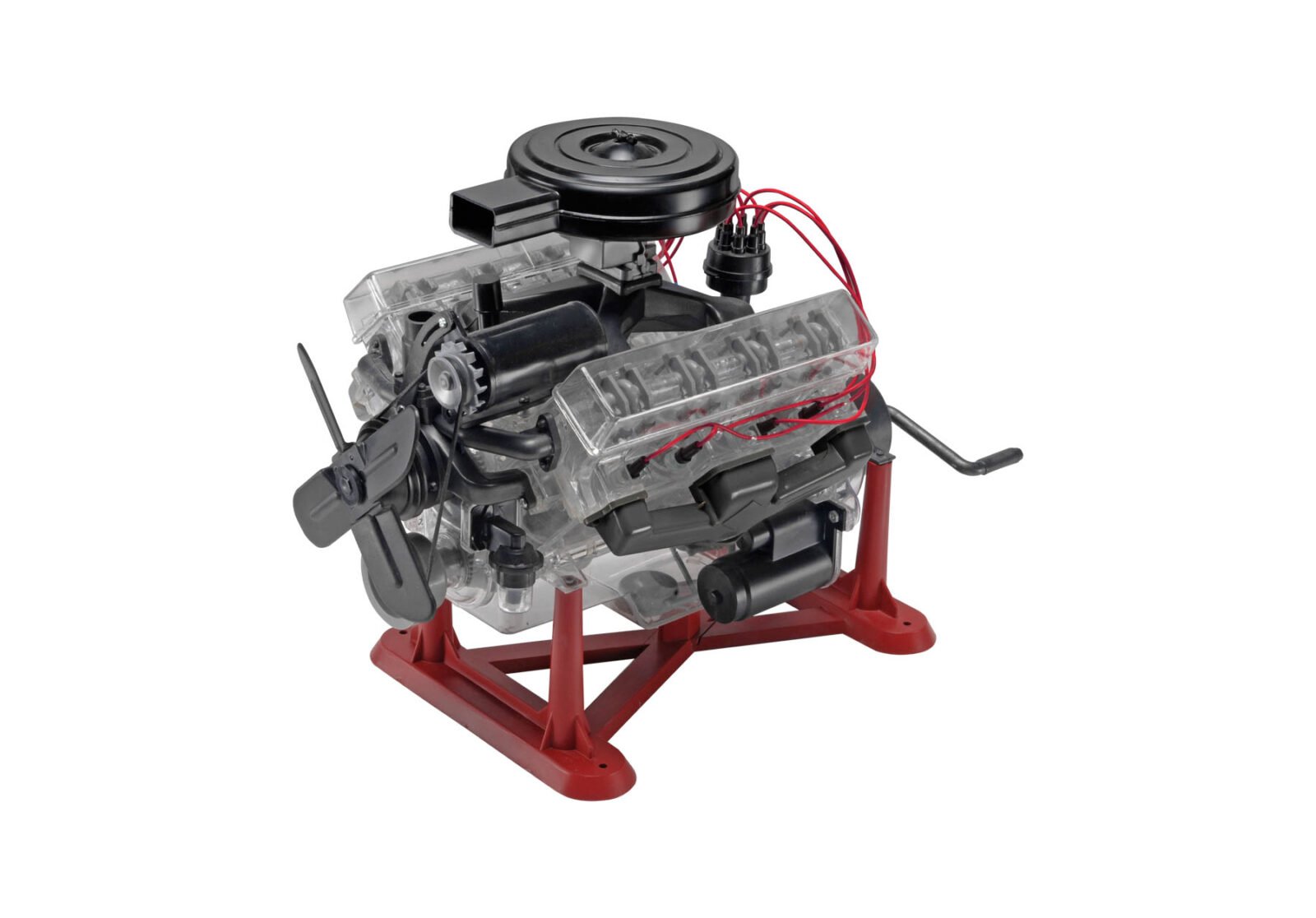 This Revell kit is a working 1:4 scale model of a pushrod V8 engine, as you turn the rear-mounted crank you can watch the crankshaft, pistons, and valve train working – making the process of teaching people (particularly kids) far easier and more visual.

The kit won the 2008 Parents Choice Award, and it’s recommended for anyone aged 12 or over, many are bought by adults who use them as display pieces.

This 1/4 Scale Visible V-8 Engine Plastic Assembly Kit from Revell is the winner of the 2008 Parents Choice Award and Silver Honor – 1995 Doing & Learning Toys. What better way to see how an internal combustion engine works than to be able to see all of the parts move! As you turn the crank, each of the parts move, just like the real thing.

The Visible V8 Engine features moving pistons and connecting rods. A hand crank operates the pistons, camshaft rocker arms and valves. The kit includes a rubber fan belt and vinyl ignition wires. Also included is a display stand and screwdriver for construction. A superb educational tool on the inner workings and construction of a V-8 engine! This is a skill level 3 model, recommended for ages 12 and up. 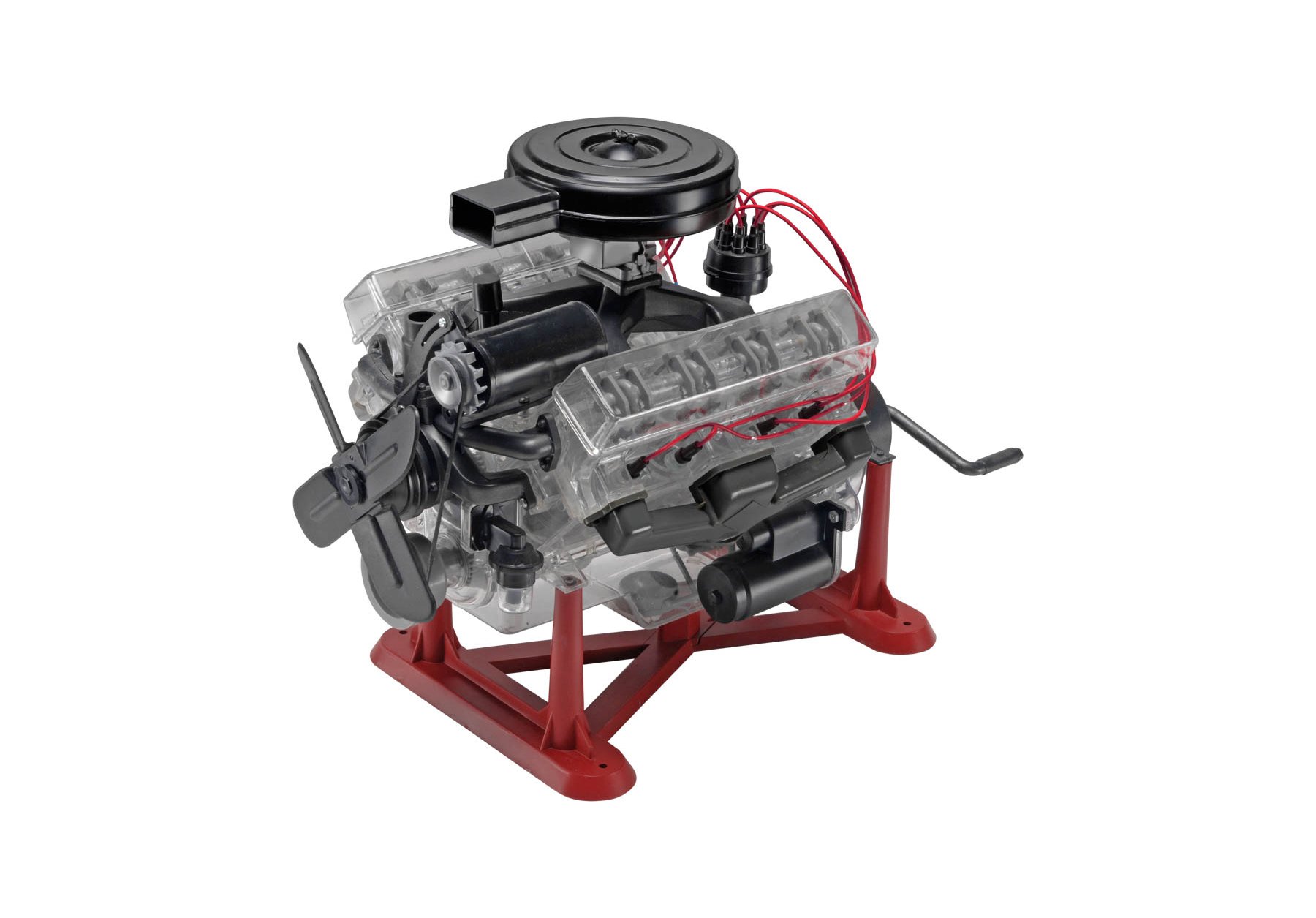