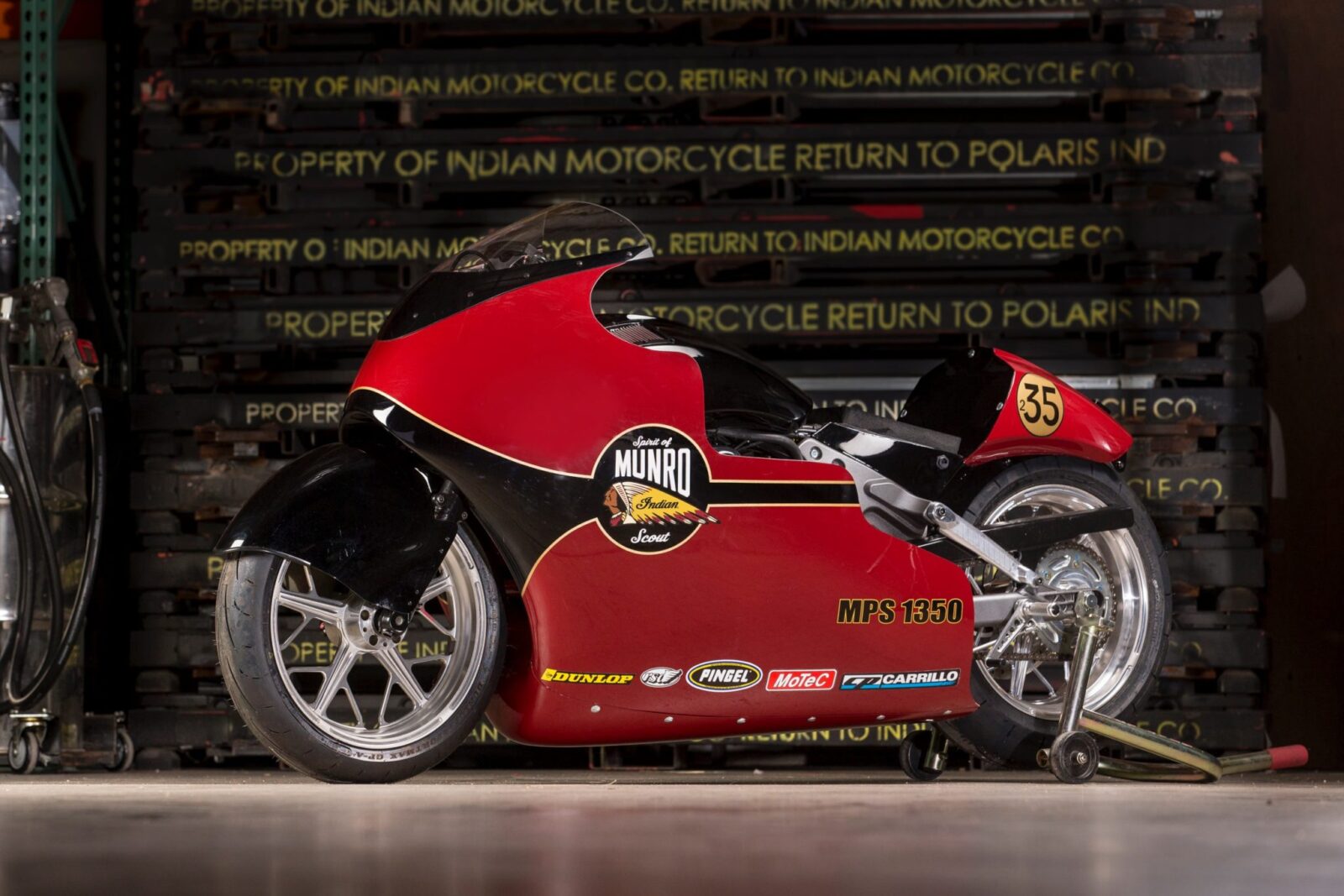 Lee Munro is the great nephew of motorcycle land speed legend Burt Munro, and in August this year he’s going to return to the Bonneville Salt Flats – 50 years after his great uncle was last there piloting his own Indian Streamliner.

Burt Munro is a man who needs no introduction, he was made even more famous in 2005 with the release of the Sir Antony Hopkins film The World’s Fastest Indian, which made him a household name even in houses with no motorcyclists.

Lee got the motorcycle racing bug at an early age, after winning many local races and finishing fifth in the 2002 New Zealand National Championship, Lee entered the highly competitive world of motorcycle road racing.

Amazingly, he won his first race, followed by a number of titles on every road and street race circuit in the South Island of New Zealand. He’s now planning an assault on the Isle of Man TT, and he attended the Manx in 2016 to get a taste for it. Interestingly his most recent win was aboard a far more elderly motorcycle than he usually rides – he won the vintage class at the Methven Street Races earlier in 2016 on a 1941 Indian motorcycle. 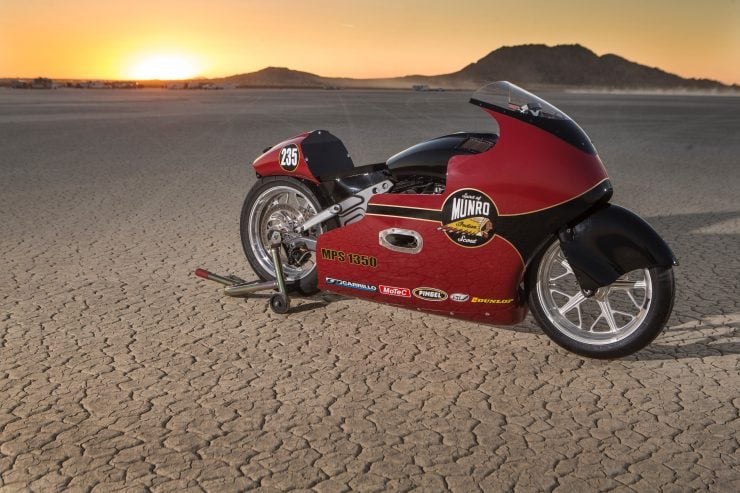 “My uncle Burt was a significant inspiration for my own racing career, and his appetite for speed is clearly a part of my DNA” said Lee Munro, the grandson of Burt’s first cousin. “What Indian Motorcycle is doing is fantastic, and I couldn’t be prouder to partner with them and pilot my own Scout at Bonneville in honor of my Uncle and the 50th anniversary of his historic record.” – Lee Munro

The August visit to Bonneville will see Lee piloting a bespoke Indian Scout Streamliner built in-house by Indian Motorcycle engineers – many working after-hours in order to get the bike ready in time. The bike uses a modified Indian Scout chassis with a hardtail rear end in place of the original twin shock set up.

A new streamlined fairing has been added, with a small rear cowl, a streamlined front fender, and a fuel tank with a 5.5 liter capacity – enough for a run in each direction and not a lot more. The lightweight billet aluminum wheels were sourced from Roland Sands Design and the tires are Dunlop 120/70-17 GP-A up front, and Dunlop 190/60-17 GP-A at the rear.

The team at Indian are keeping the expected top speed secret, but they have said they aren’t targeting any of Burt’s records out of respect. We’ll update after the record runs are completed on the 13th of August this year, in the meantime you can click here to read more about the Indian Scout. 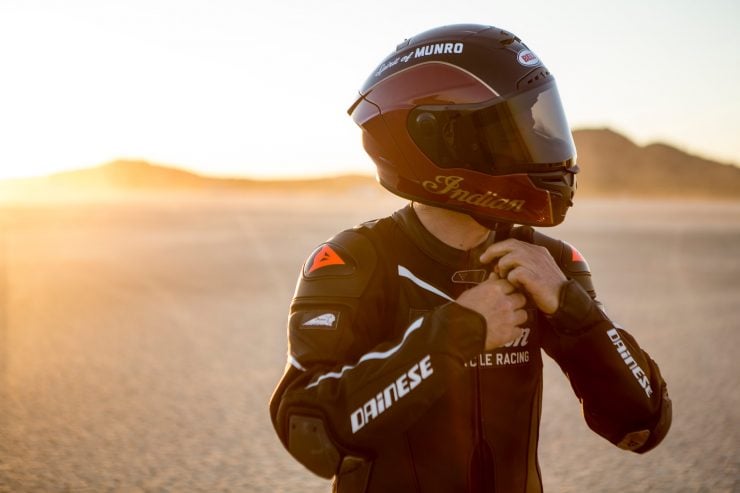 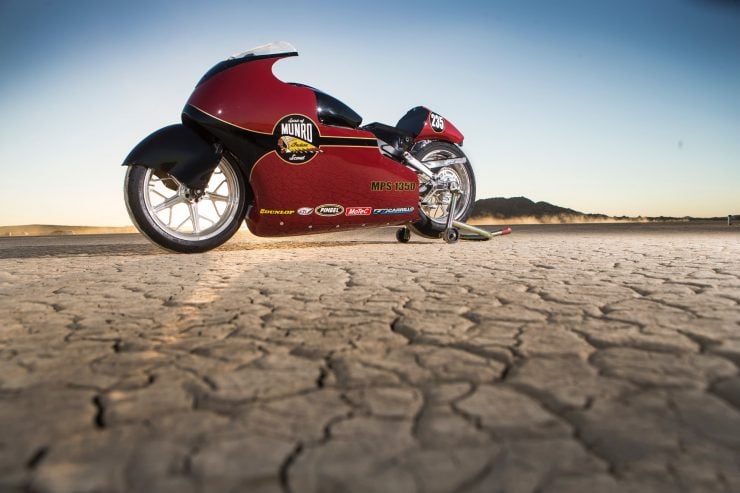 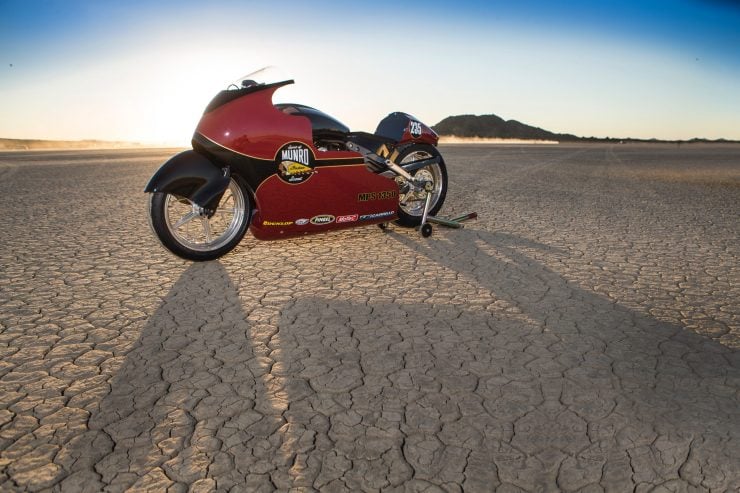 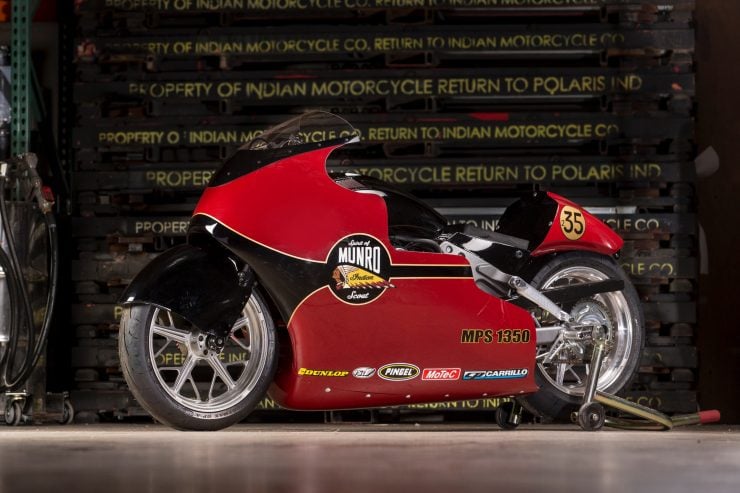 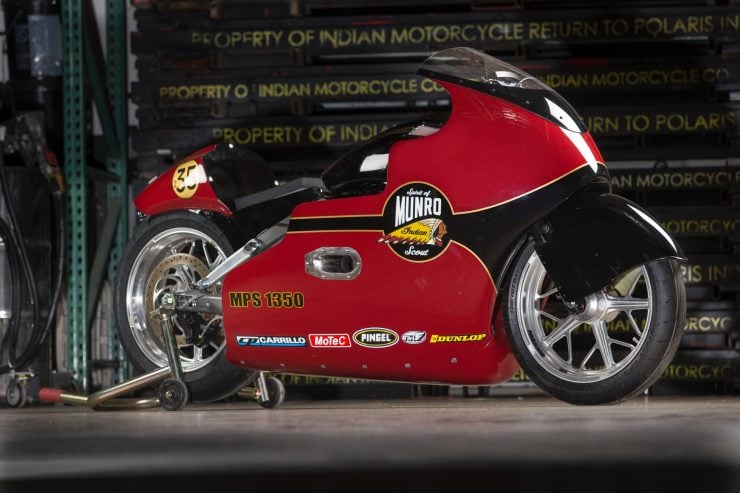 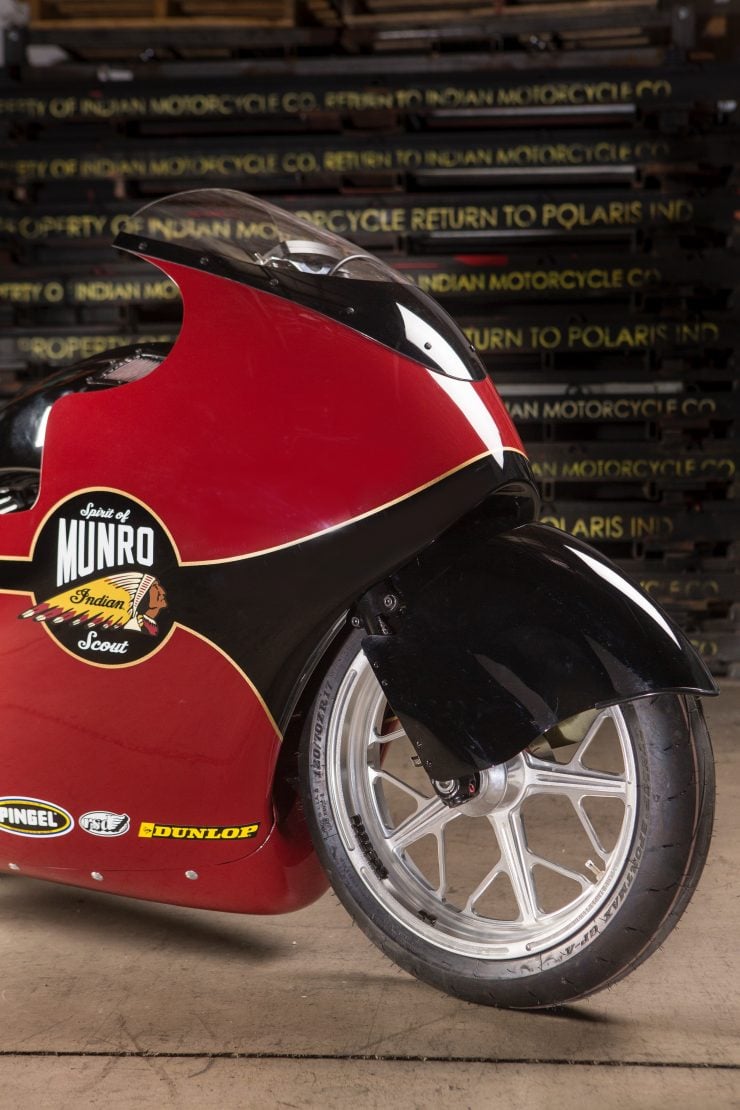 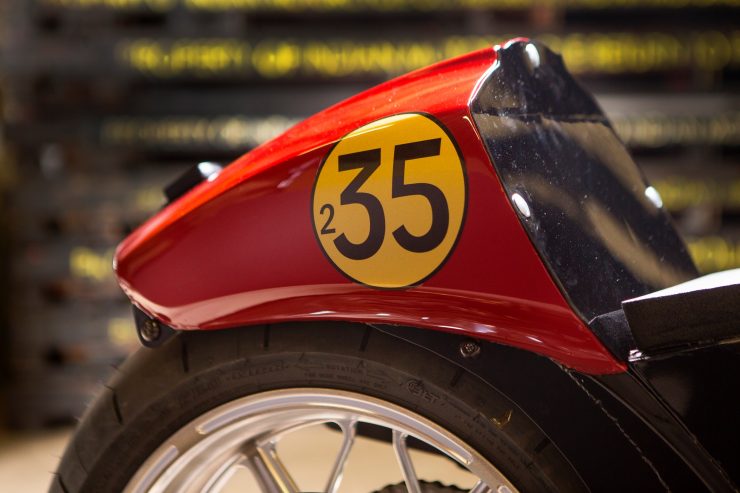 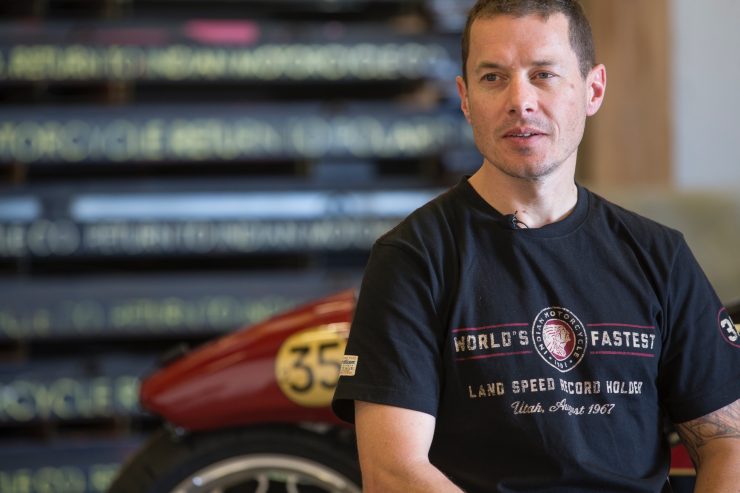 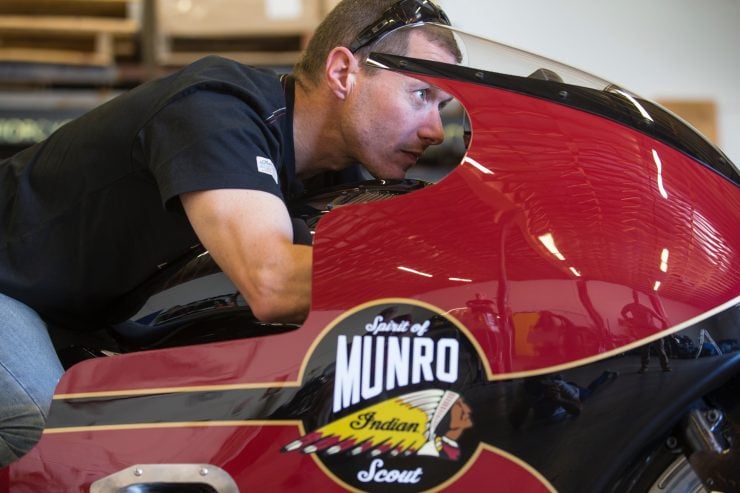 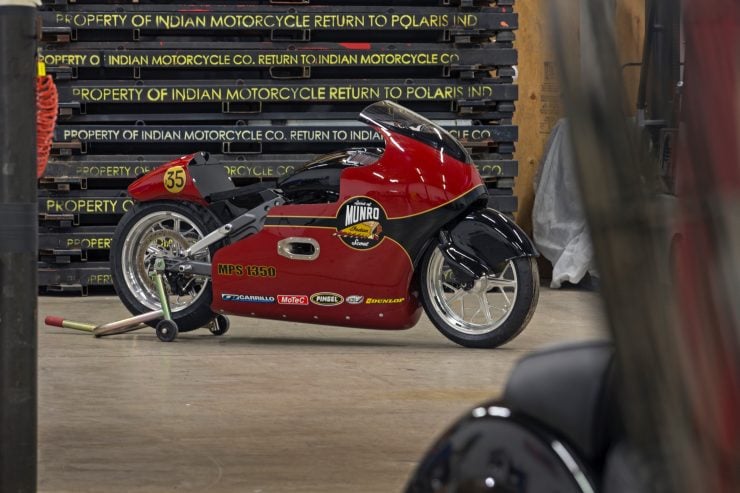 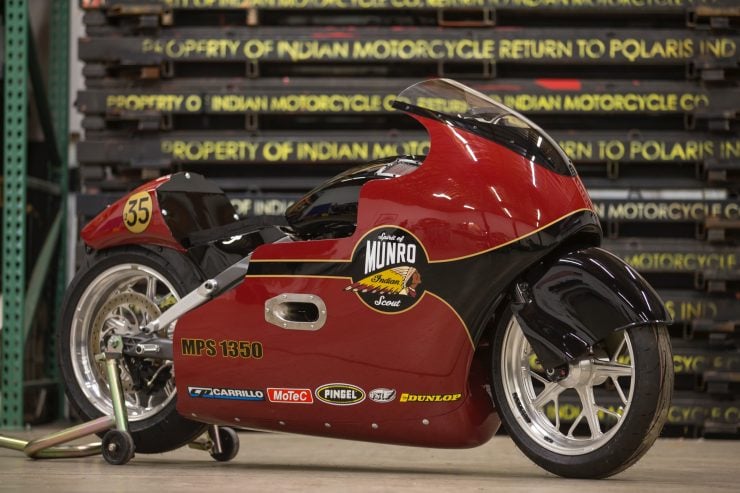 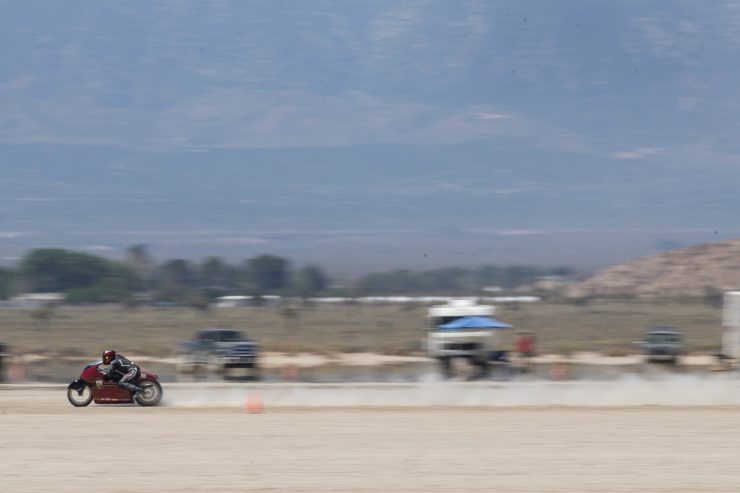 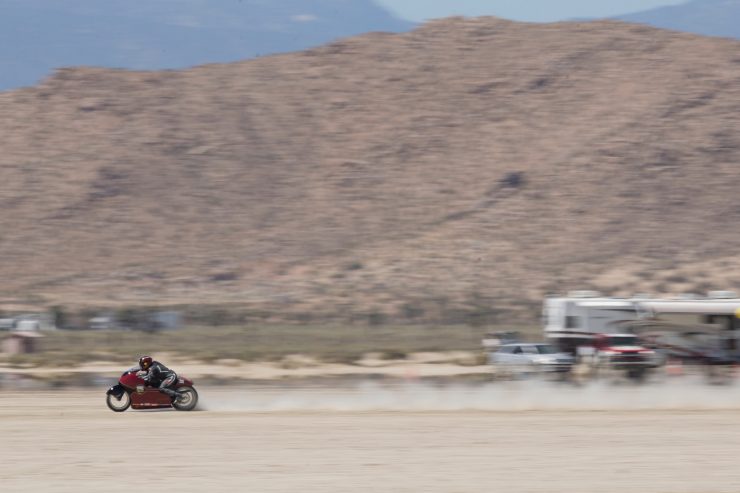 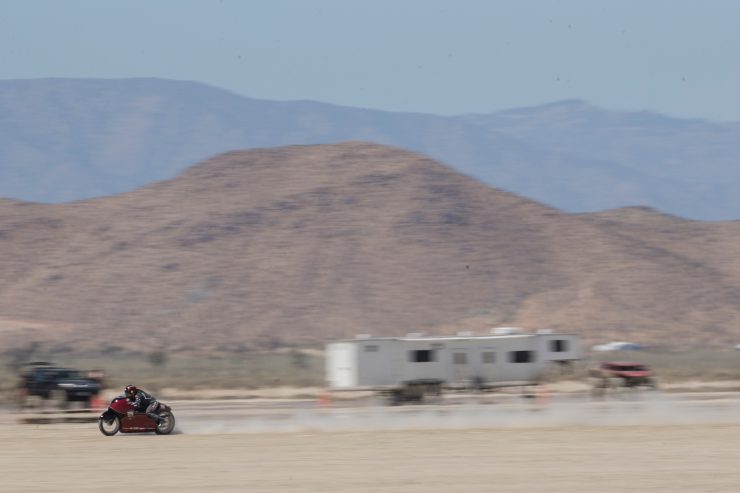 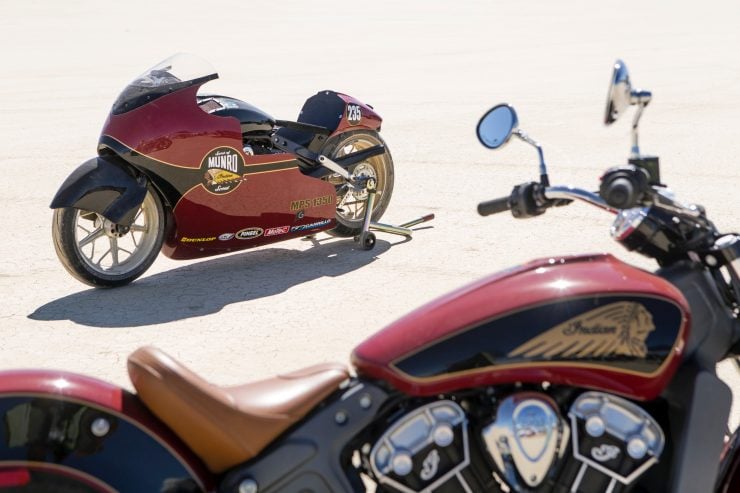 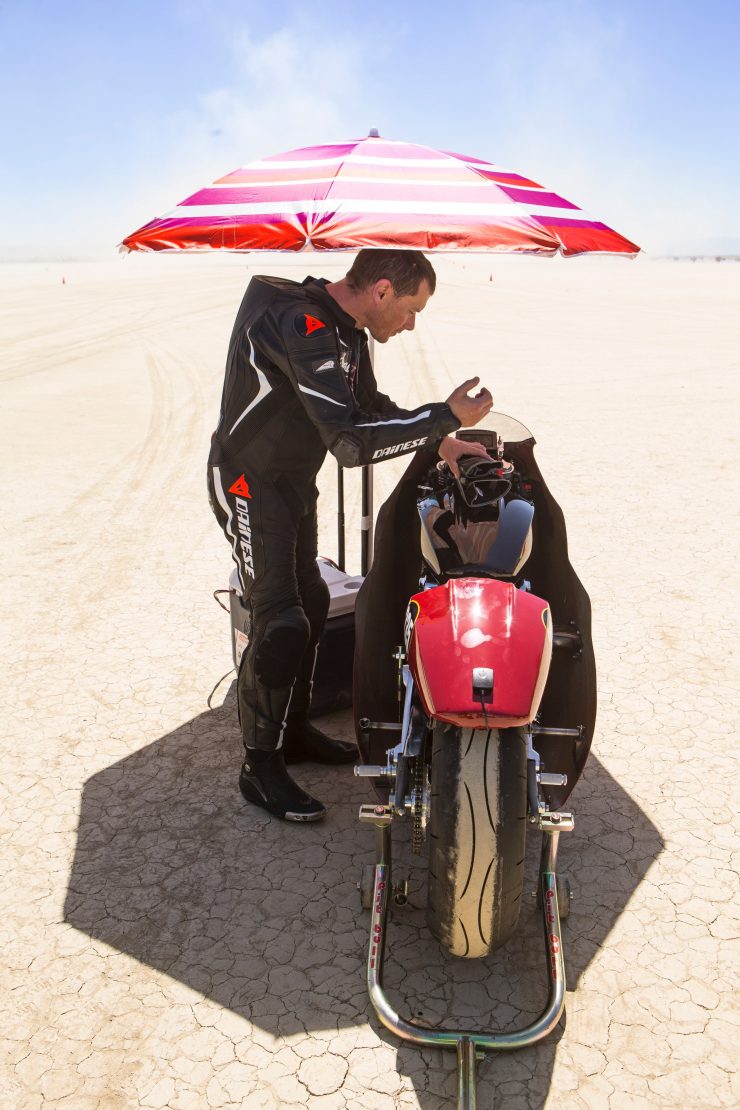 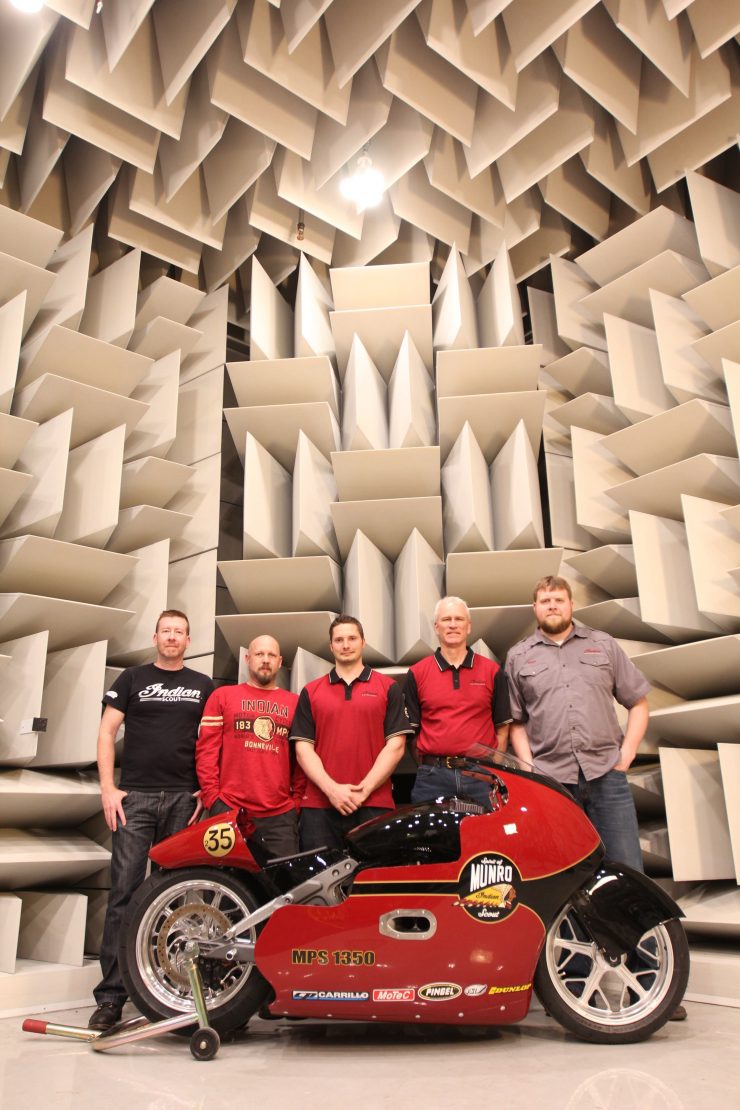 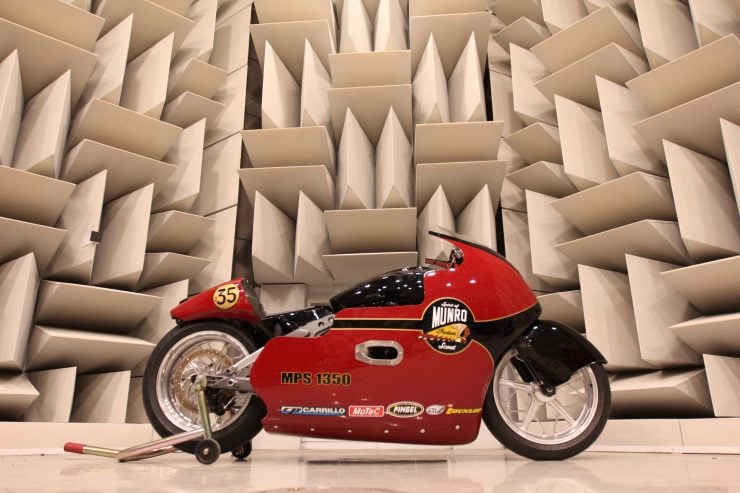 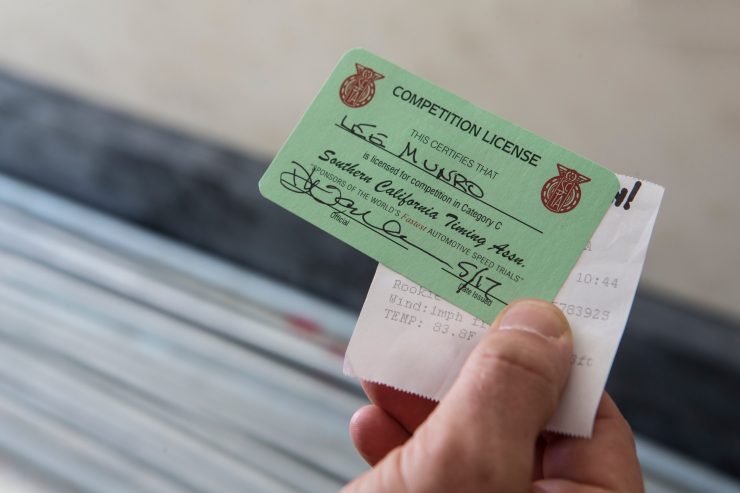