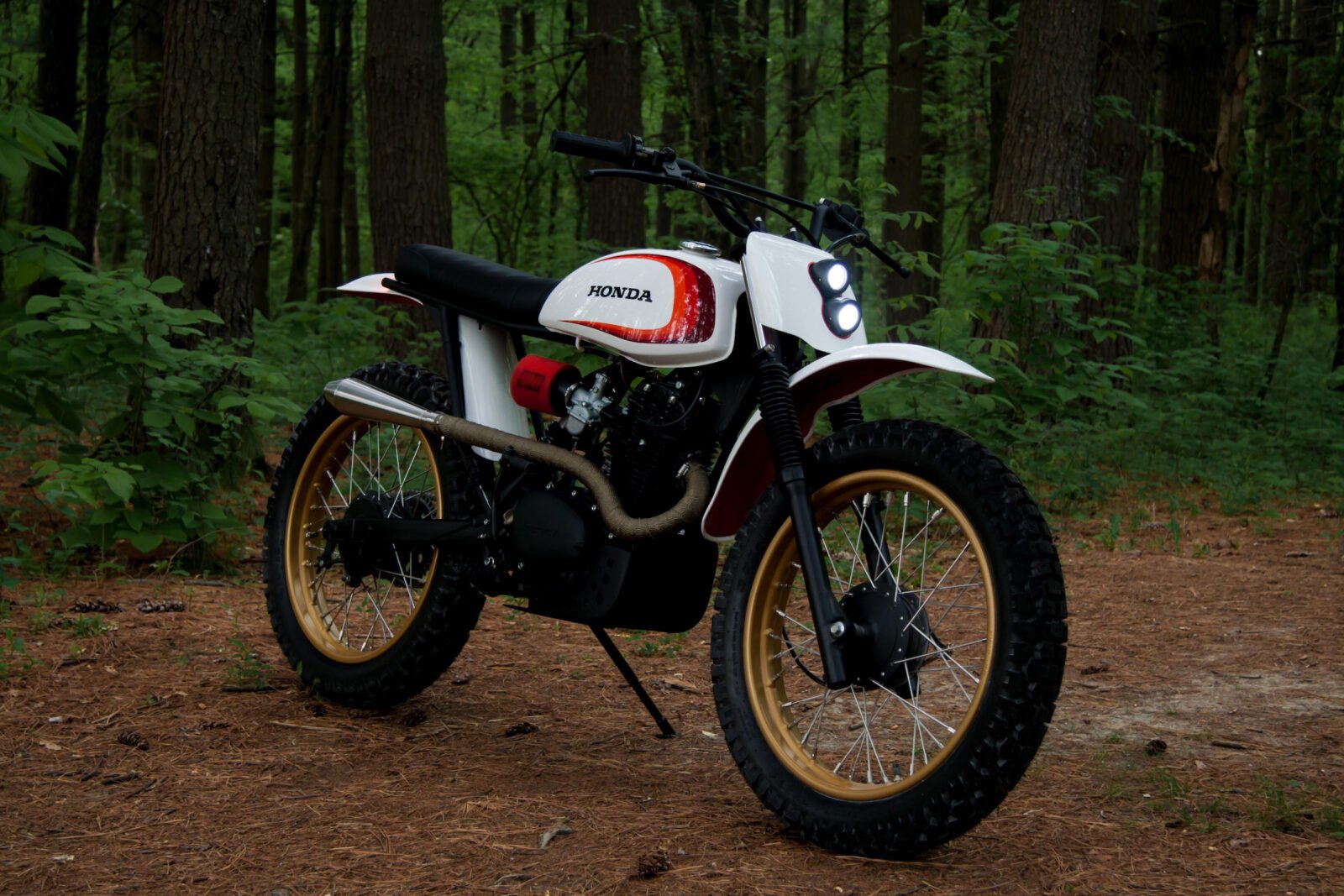 This article was written by James Fawcett, the founder of Slipstream Creations. When possible we like to bring you the story of a custom in the words of the builder, to give unique insight into their thought process and methods.

This bike is a tribute to all those boxes of old parts and storage sheds full of discarded moto-ambition. Over the years I’ve accumulated plenty of extra parts, hanging on to them with the hope they’d come in handy someday. My 13-year-old son noticed the multiple Honda CB125S engines collecting dust, CL125 exhaust, an SL125 tank and fenders, and XR80 frame.

His imagination started putting the pieces together (figuratively), and then we decided to put the pieces together (literally). Our goal was to create a machine with vintage enduro styling, and a touch of Honda Grom attitude. The results are this super fun little SL/CL/CB/XR 125 thumper mashup.

While the general form factor of the parts from all these donor bikes made them seem like a decent match, actually fitting them together required a silly amount of custom fabrication and even more finesse. The XR80 frame was heavily customized to carry the CB125 engine. The rear subframe was custom made to bring the overall proportions of the bike to a more adult scale.

We lengthened an XR100 swingarm  to provide a slightly longer wheelbase, and to make room for 18” wheels and dual sport tires in the front and rear. An SL125 tank and front fender hint at some retro lines. A matching rear fender was hand made out of carbon fiber to flow with the custom subframe. A custom fabricated skid plate and front light plate round out the bodywork, along with a custom seat pan and upholstery. 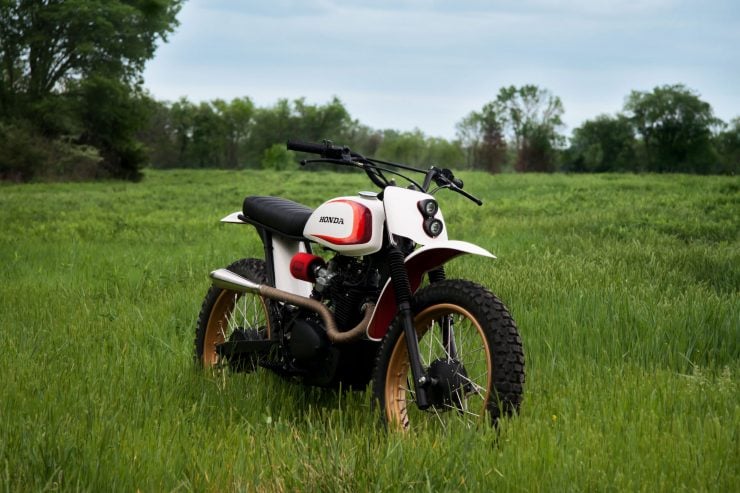 Next up was the electrical system, which we upgraded to 12 volts. LED brake lights were integrated into the subframe tubing, and dual off-road LEDs were added up front. The custom handlebar switch housings were cast out of epoxy and machined to accommodate the kill switch and independent controls of both front lights, with the wiring neatly routed through the handlebars.

The SL125 tank was mounted at a much more forward angle than the original design from the early 70’s. This helped the unique lines of the tank flow into the frame, but it also meant relocating the petcock to a much more forward position in order to draw fuel from the lowest point of the tank. The tri-tone red and orange paint adds another retro touch, mimicking the scallop design on many old Hondas of that era, and was laid out to accentuate the lines of the SL125.

The small tweaks and custom bits required to achieve a cohesive look are too numerous to mention, but we’re glad we did it. Everything on the build — from metal and carbon fiber fabrication, paint and powder coating, and even seat upholstery — was done in-house, with help and a little creative direction from my son Eddy. In the end, this bike is pure fun to ride. Give it a kick — it fires right up and sounds great. We couldn’t be happier with how it turned out. It won’t get you anywhere fast, but you’ll get there with a smile.

Here’s a short list of some of the things that were done to this bike: 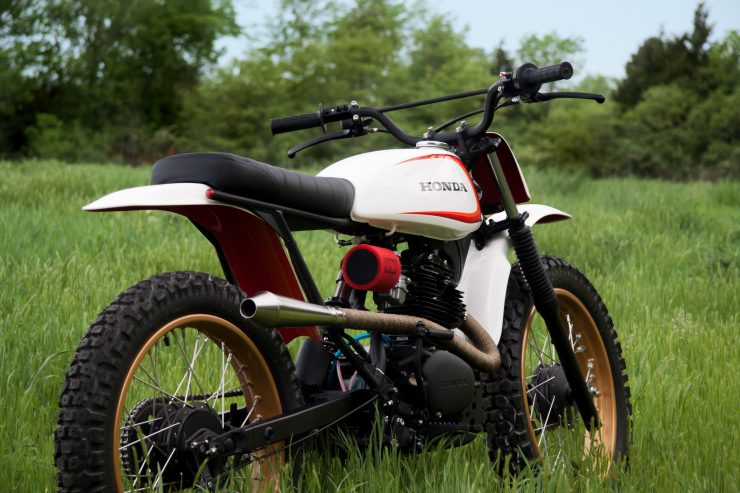 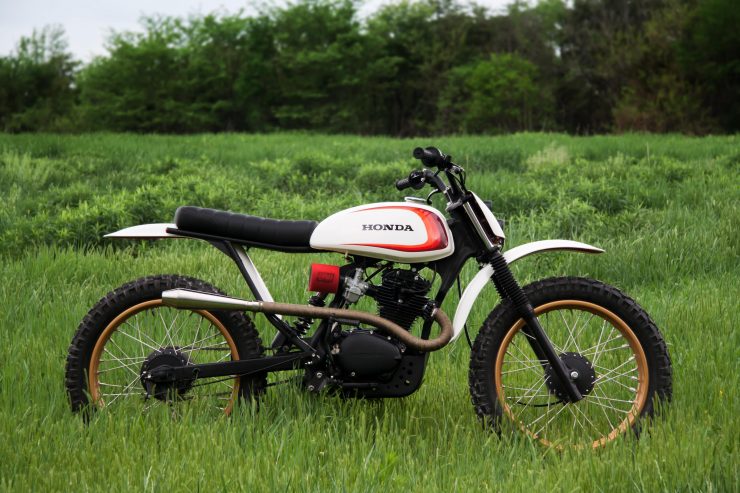 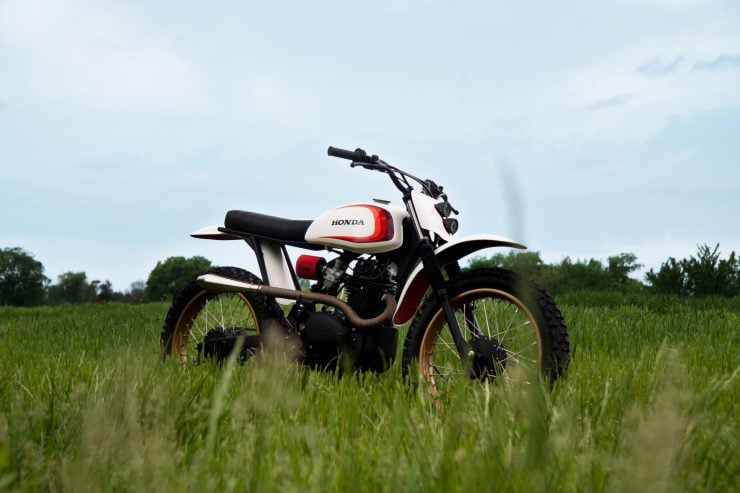 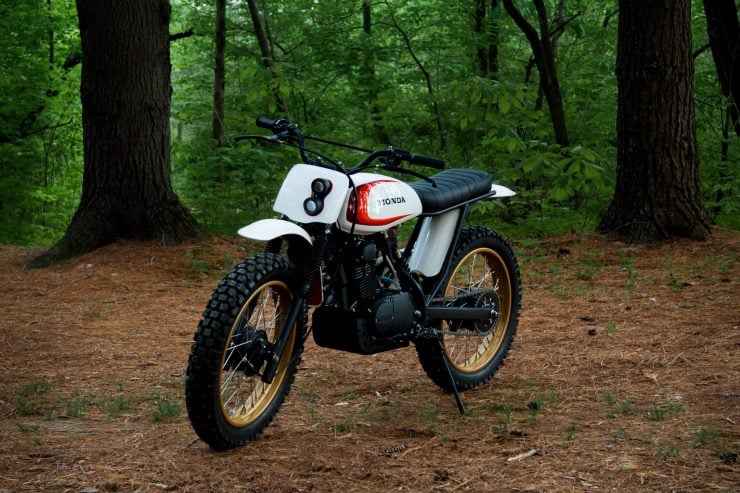 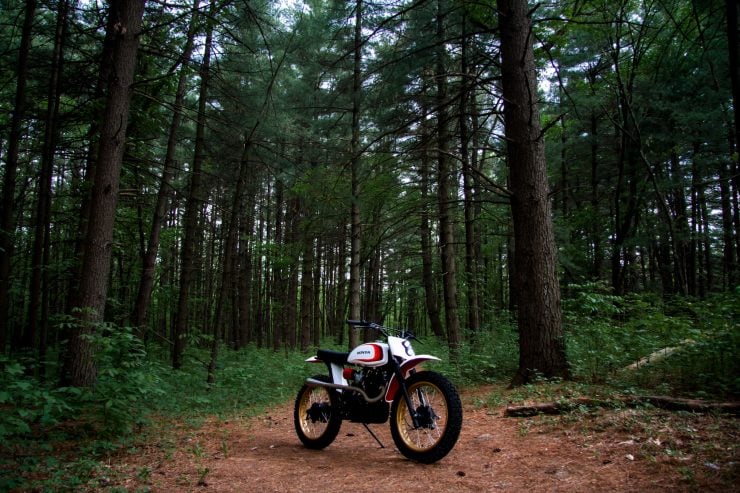 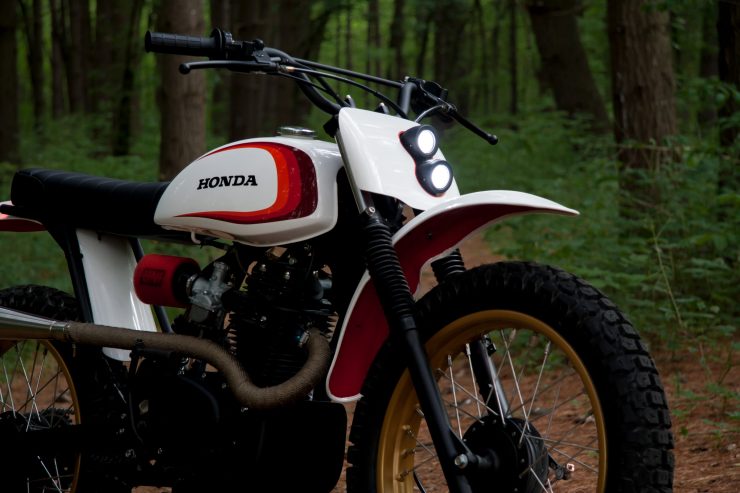 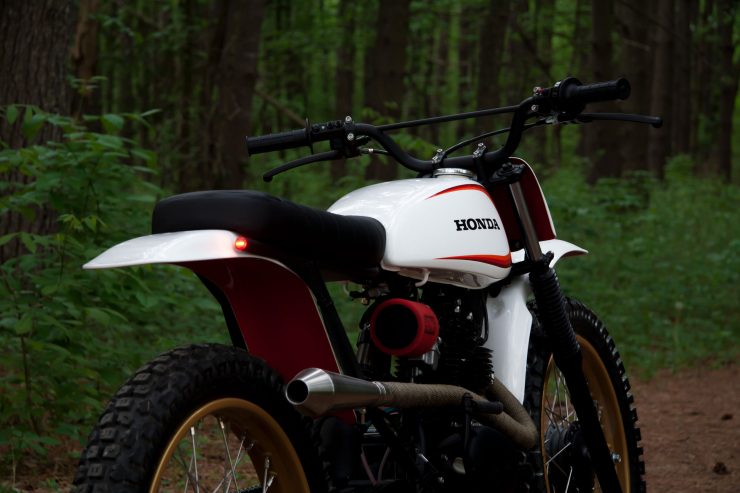 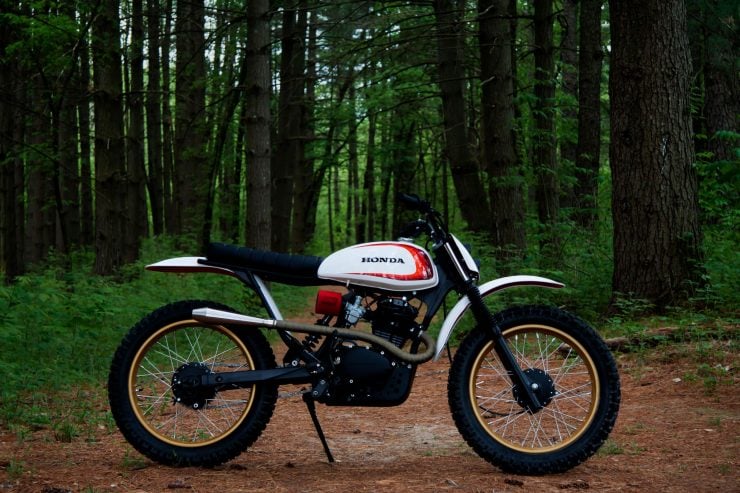 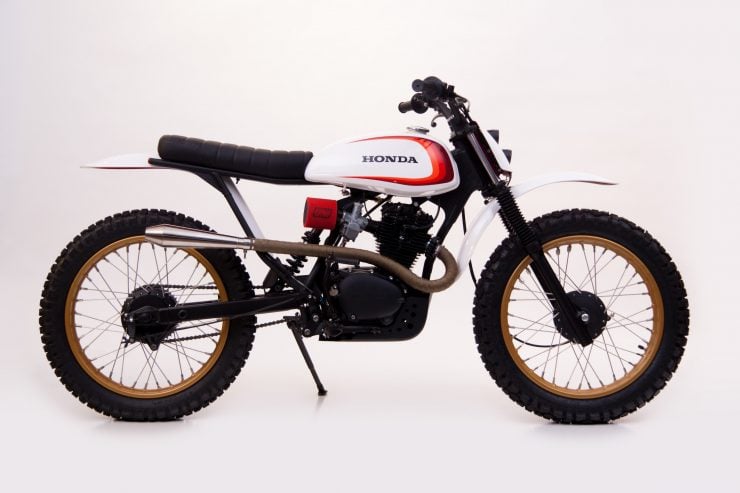 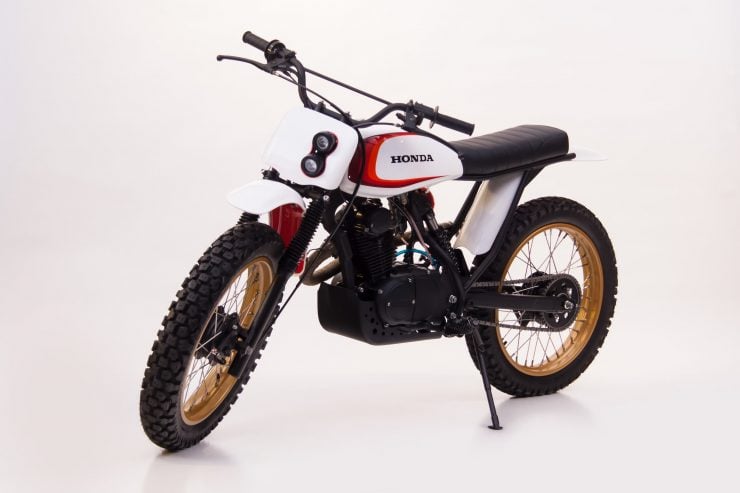 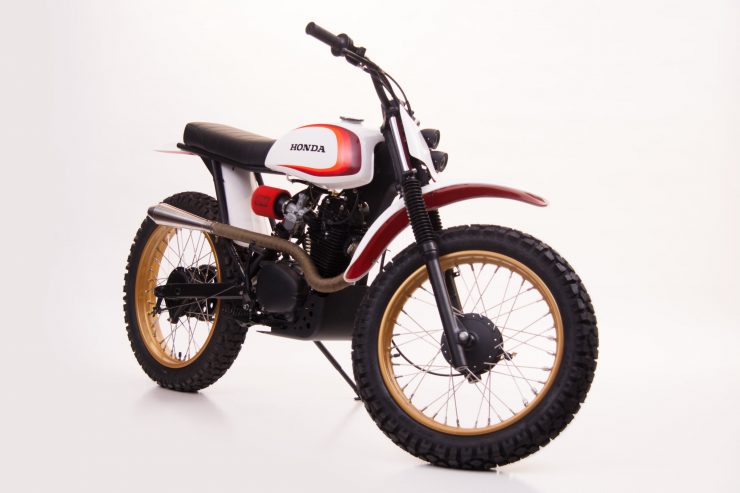 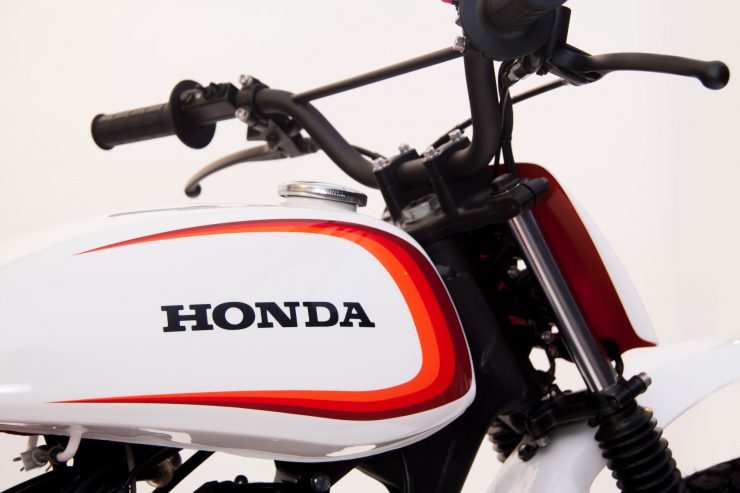 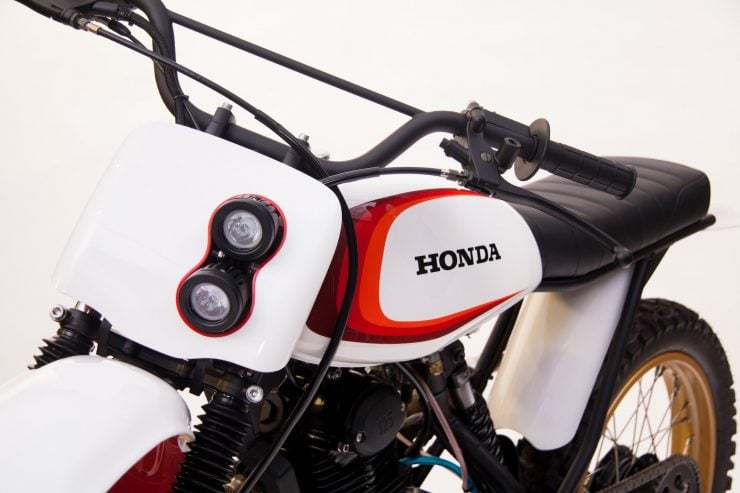 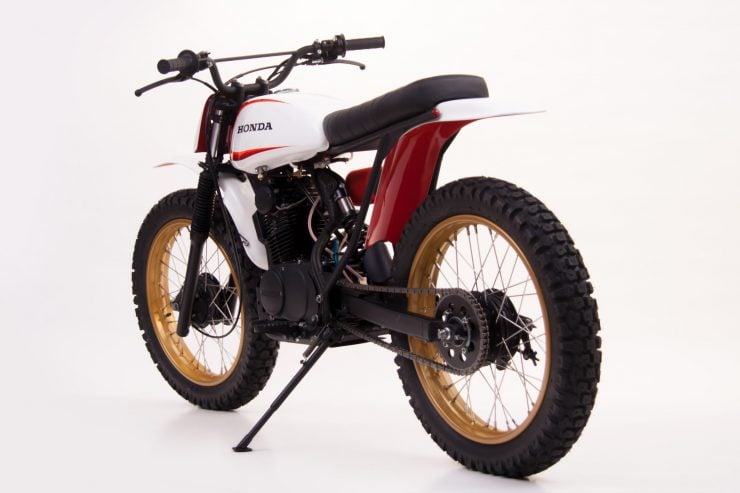 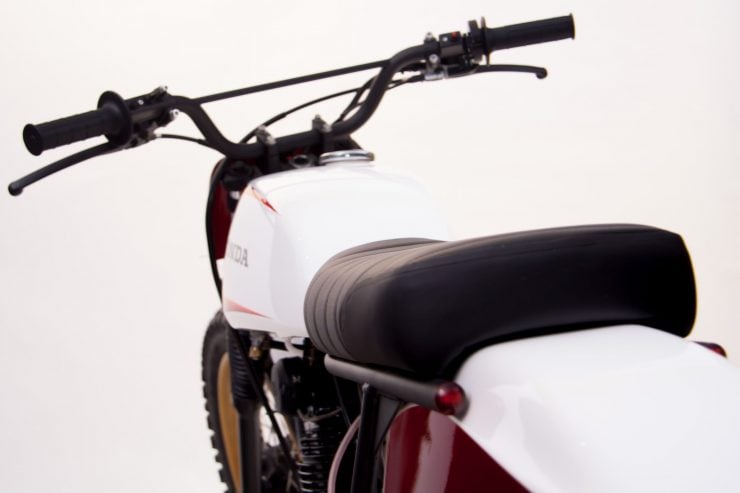 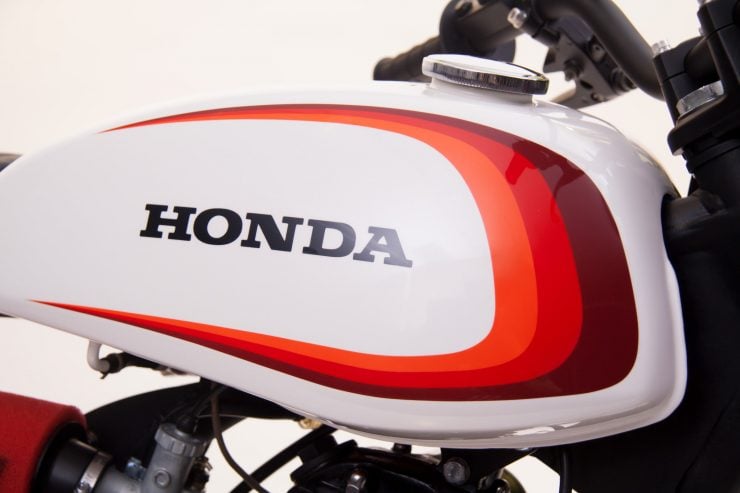 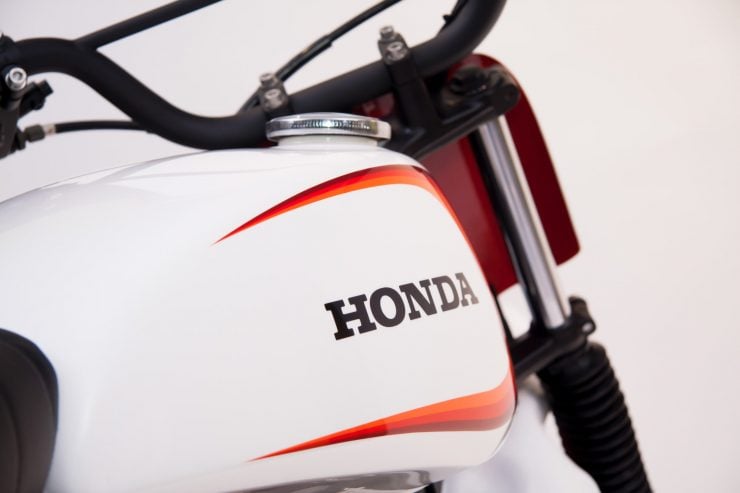 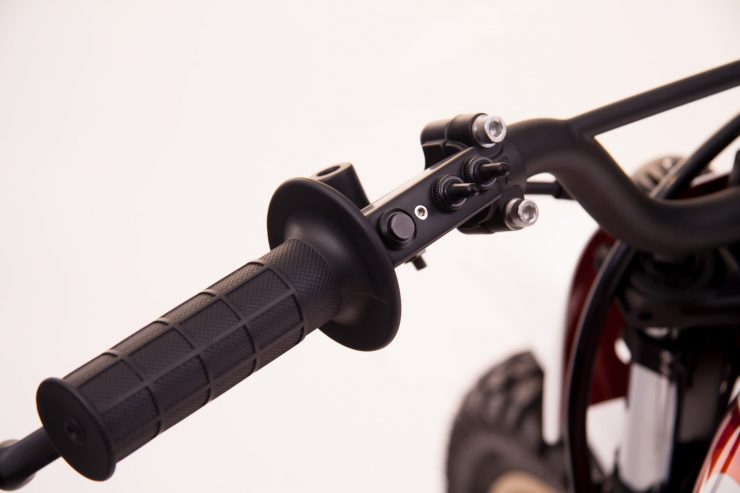 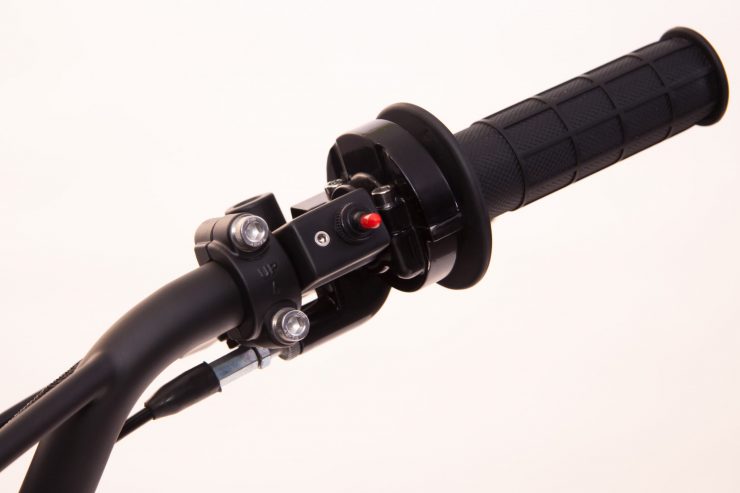