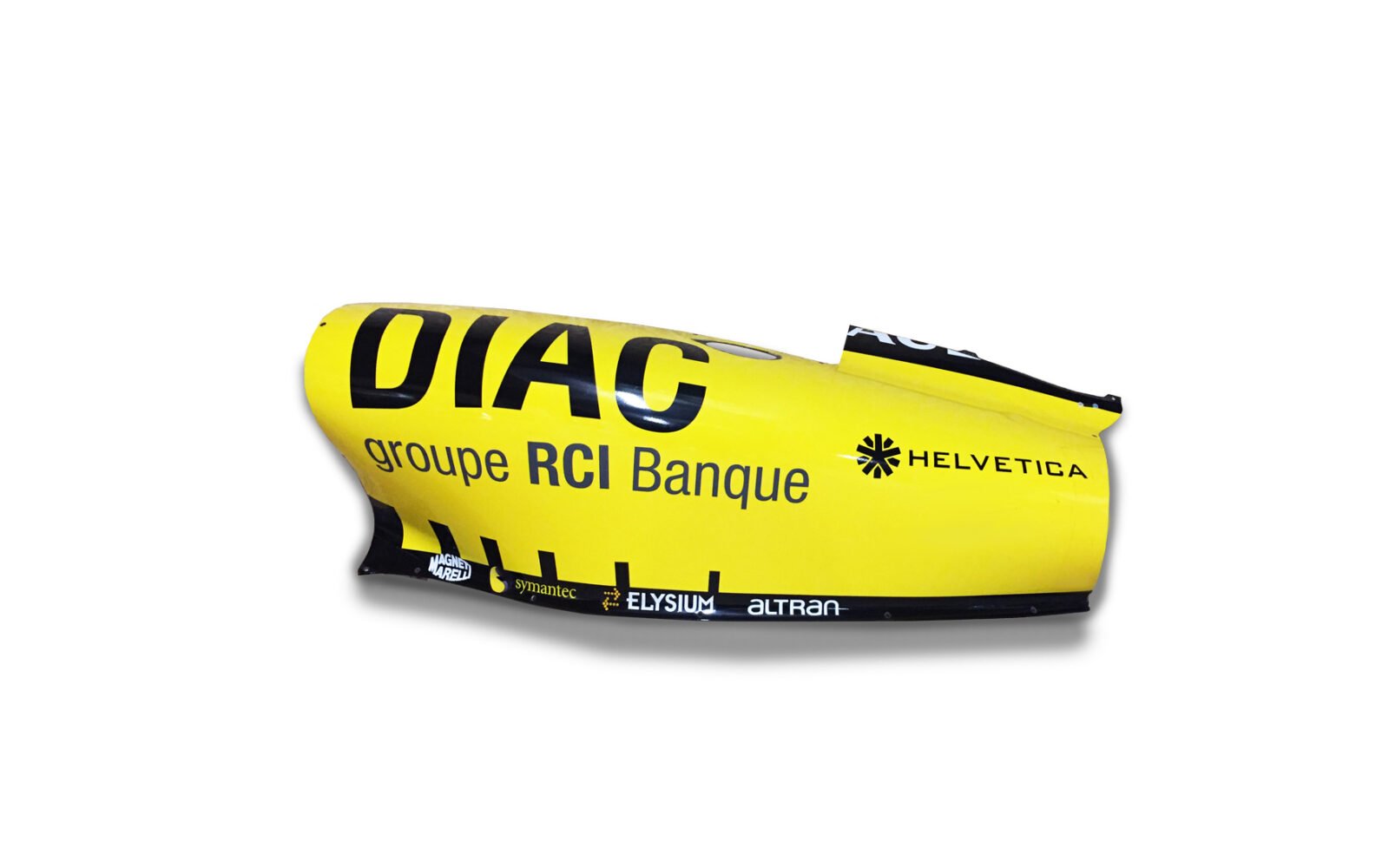 This is a Formula One sidepod from the 2010 Renault R30 car, driven by Robert Kubica and Vitaly Petrov. Modern F1 sidepods are carefully designed using wind tunnels and CFD to ensure they’re as aerodynamically slippery as possible, whilst still providing cover for the radiators, fuel tank, and the engine.

This sidepod is an authentic Renault R30 F1 part that was used during the season, it’s made from carbon fibre and still bares its original paint, including logos from DIAC, Helvetica, Magneti Marelli, Elysium, Altran, and Symantec. You can opt to have a frame fitted to the back for wall hanging, the base price of the sidepod is £800, or £825 with the addition of the frame. 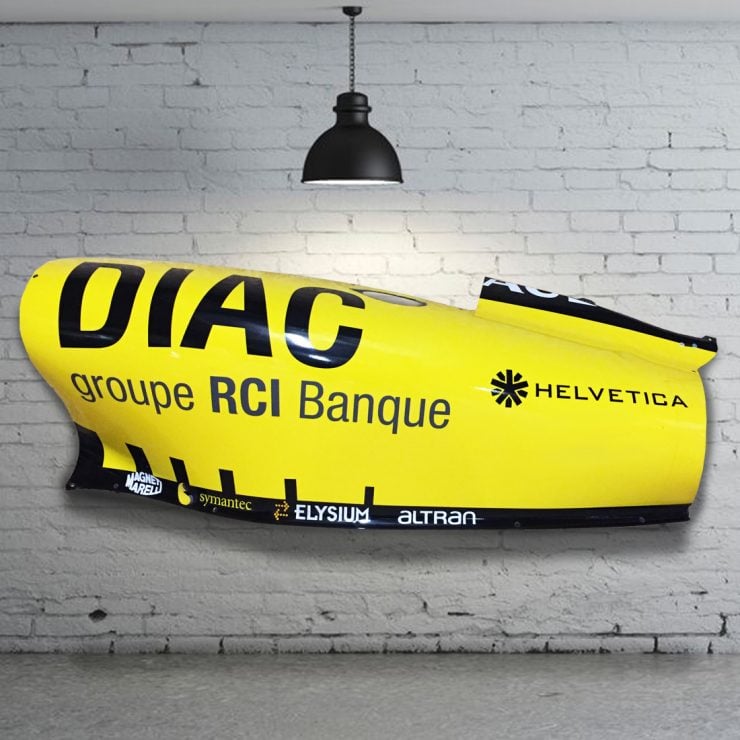 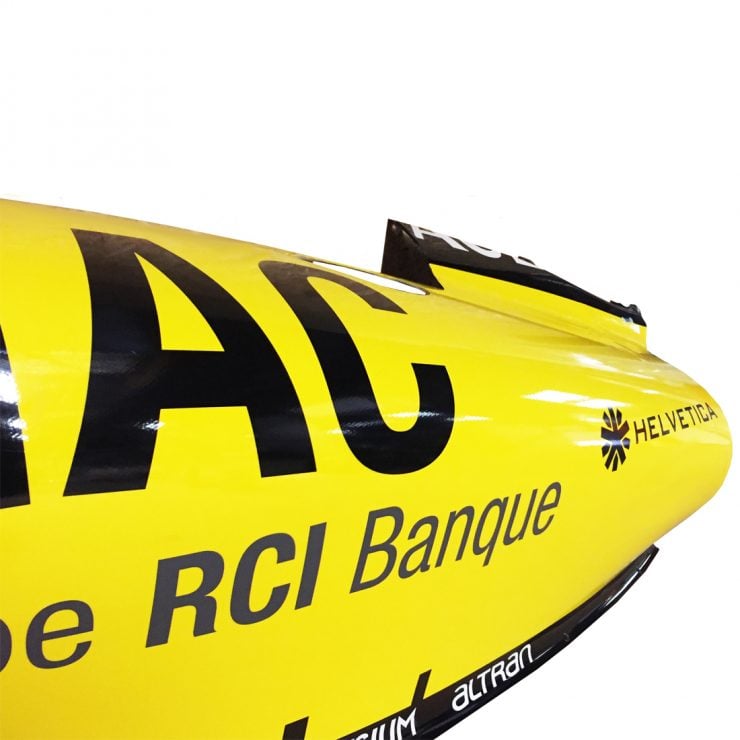 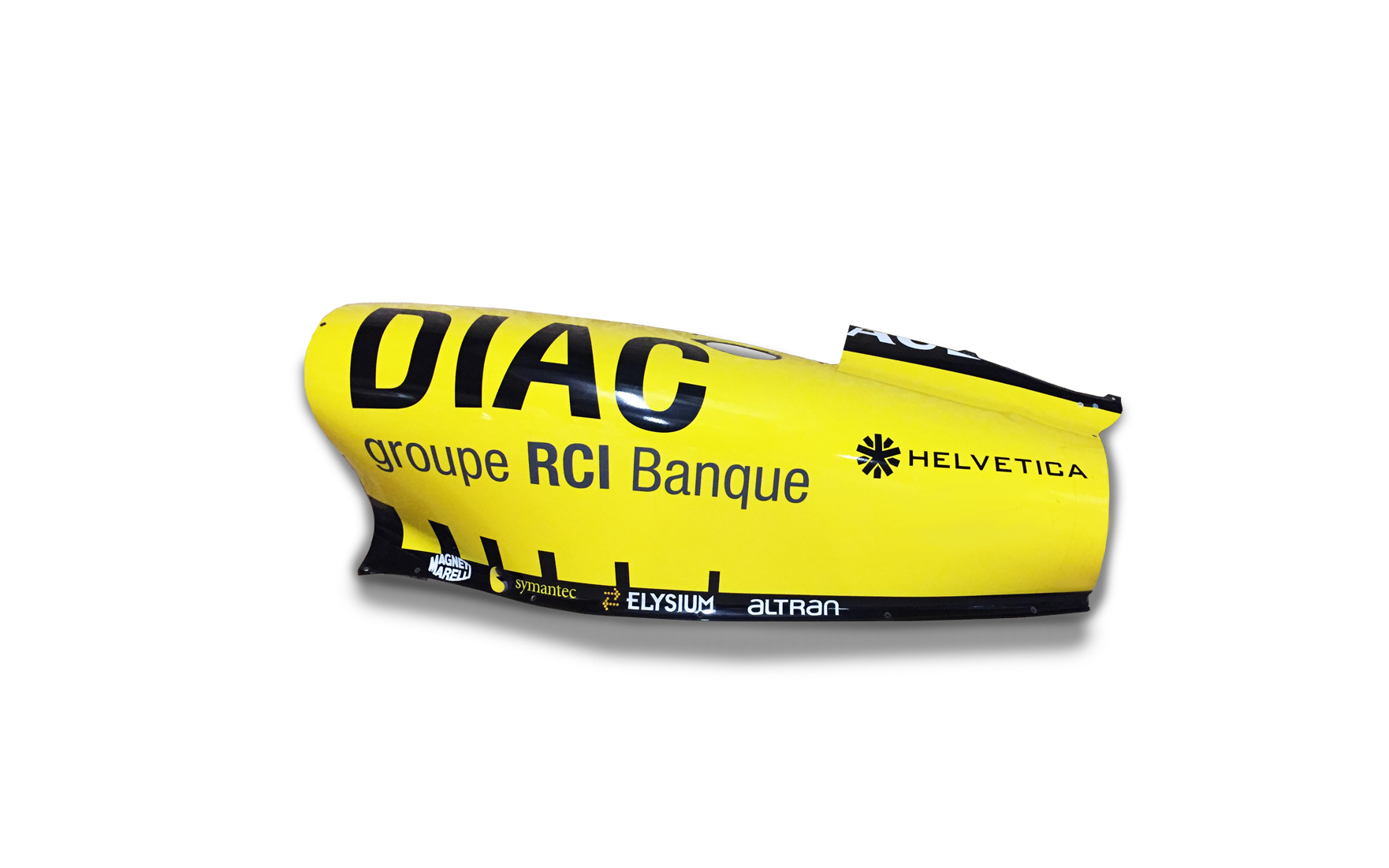