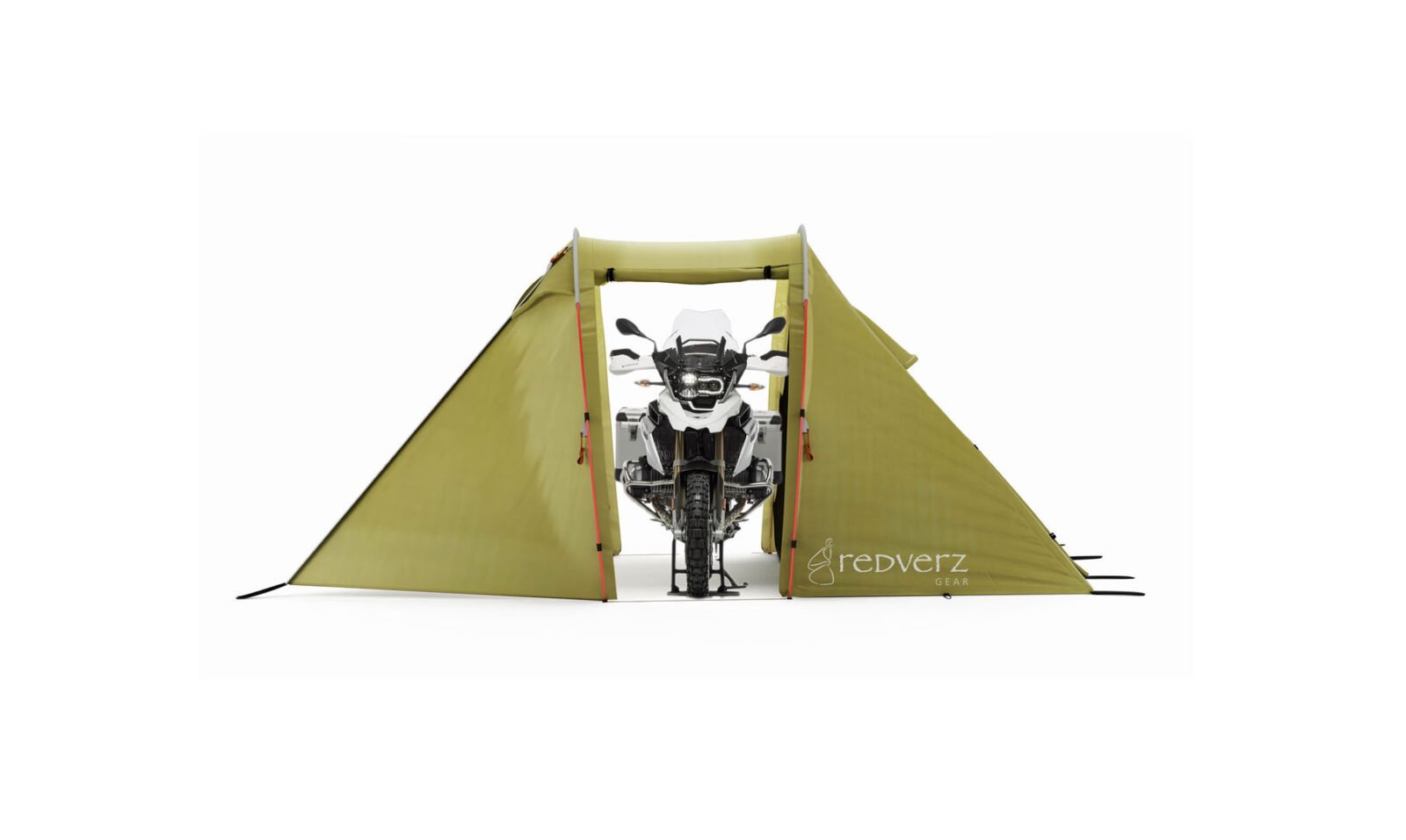 The new Redverz Solo Expedition Tent is the lone wolf version of the established twin-sleeper version. The benefit of the single sleeping bay is weight and size reduction – both of which are paramount concerns for adventure riders when packing for long distance rides.

The Solo uses a twin pole design rather than the triple pole design of its larger brother, weight is reduced to 11 lbs 6oz, length is reduced to 147″ and the tent keeps its third bay – for use as a storage area or workshop space. The motorcycle bay is designed to fit a fully equipped adventure touring motorcycle or cruiser – with ample headroom and a zip up opening at both the front and back. 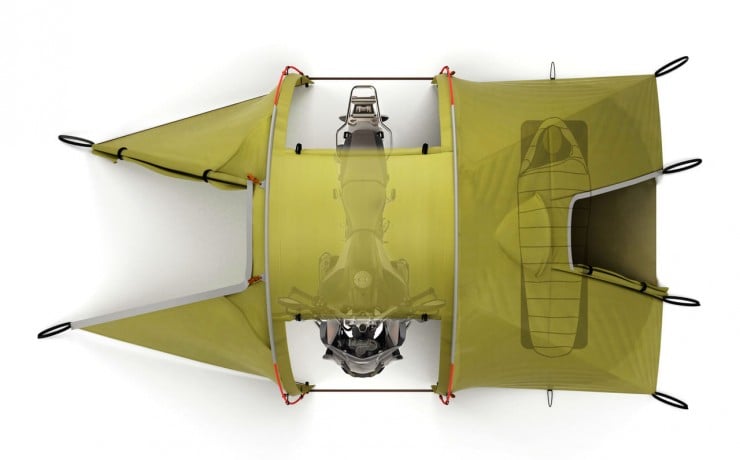 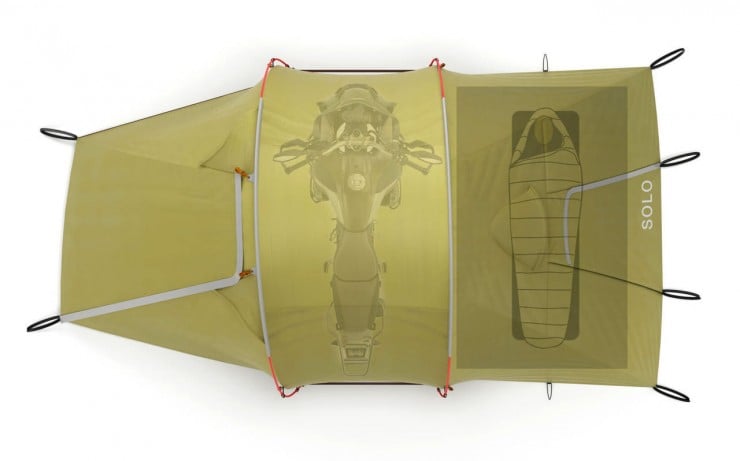 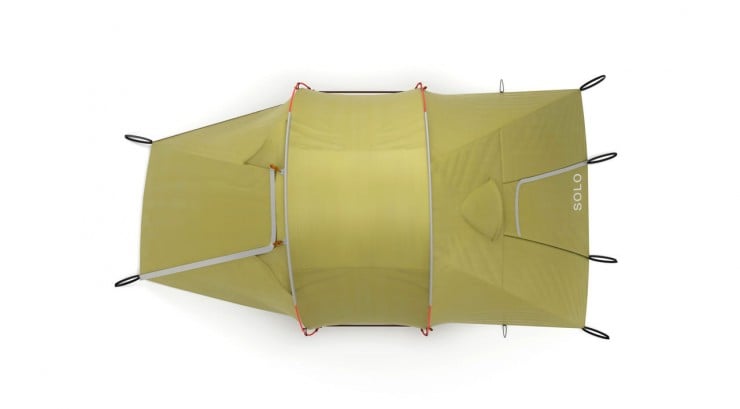 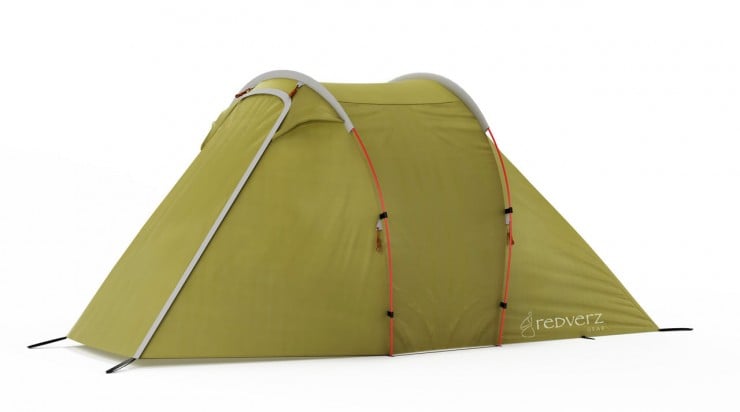 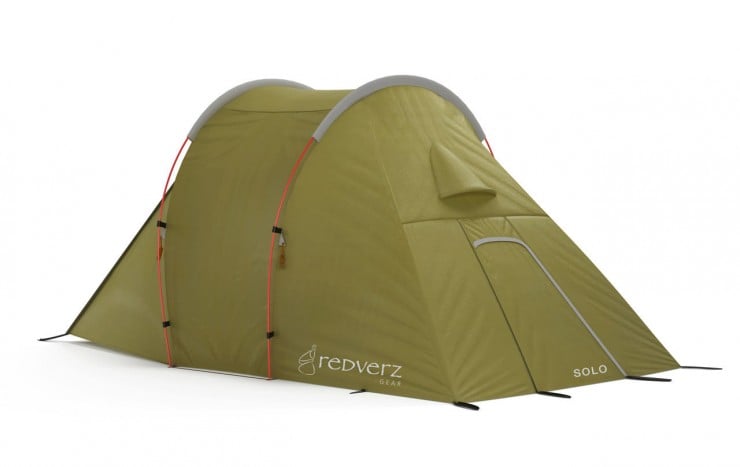 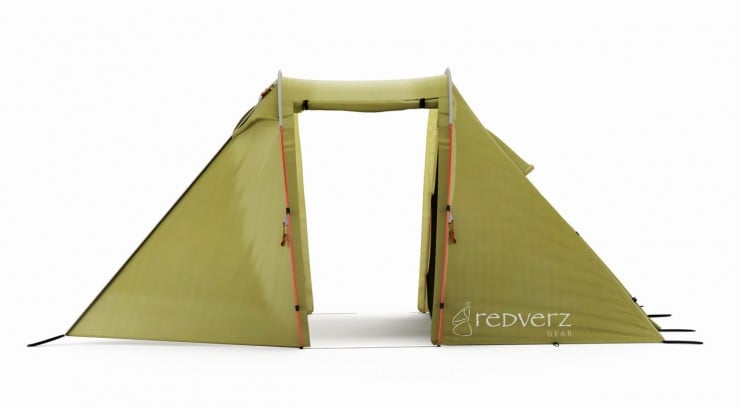 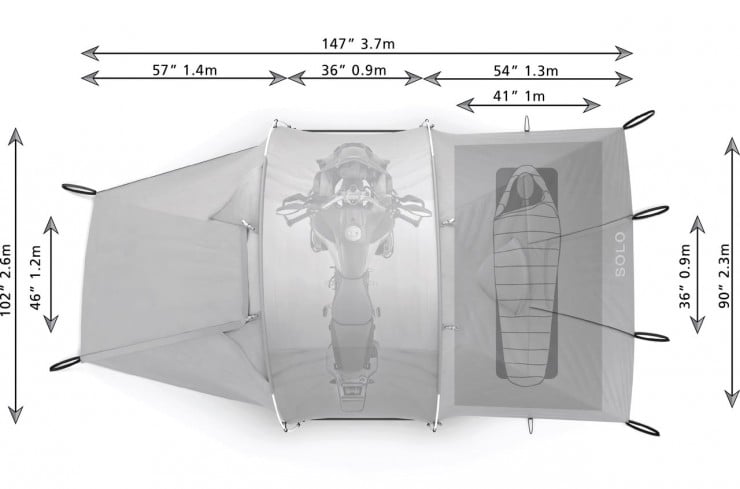 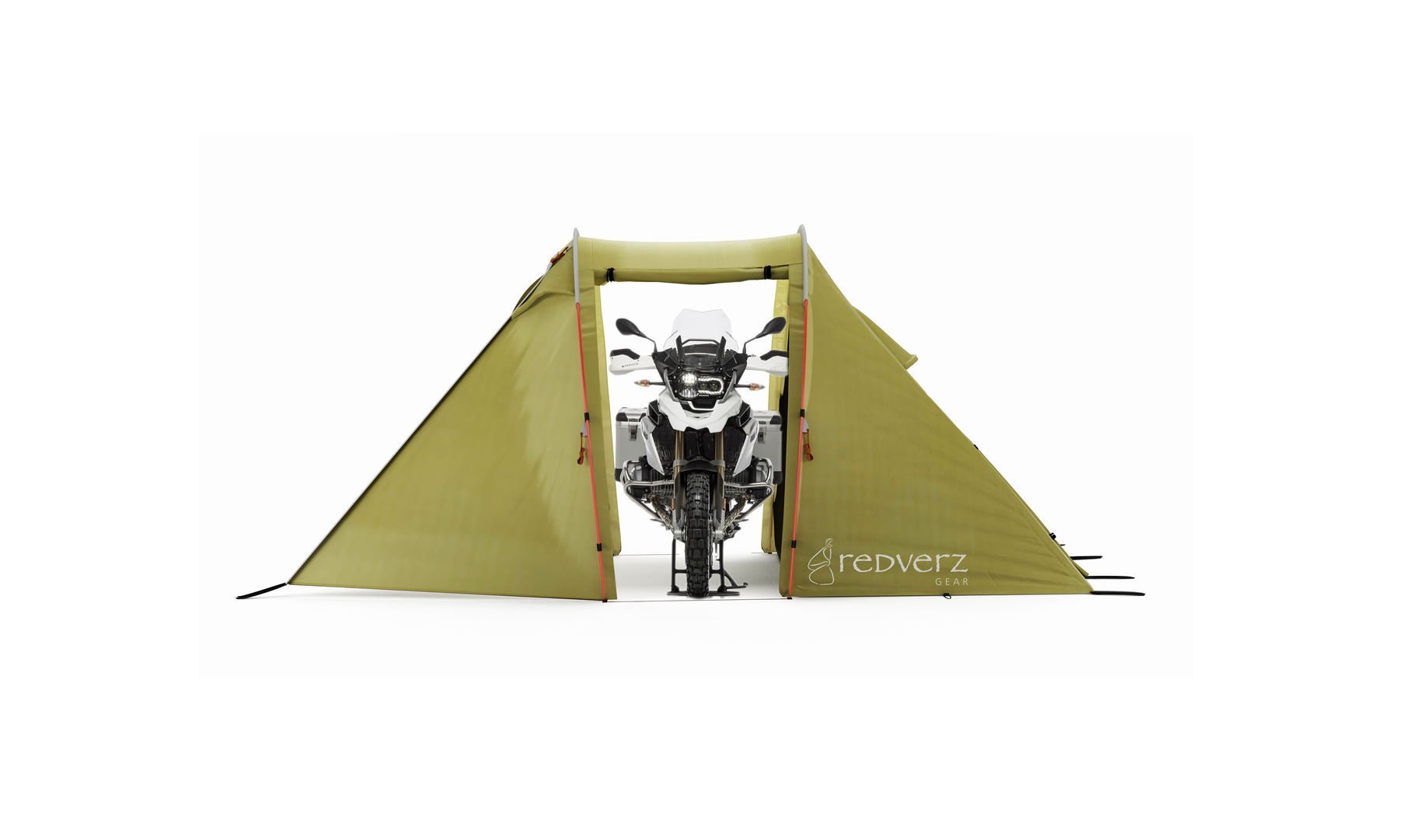