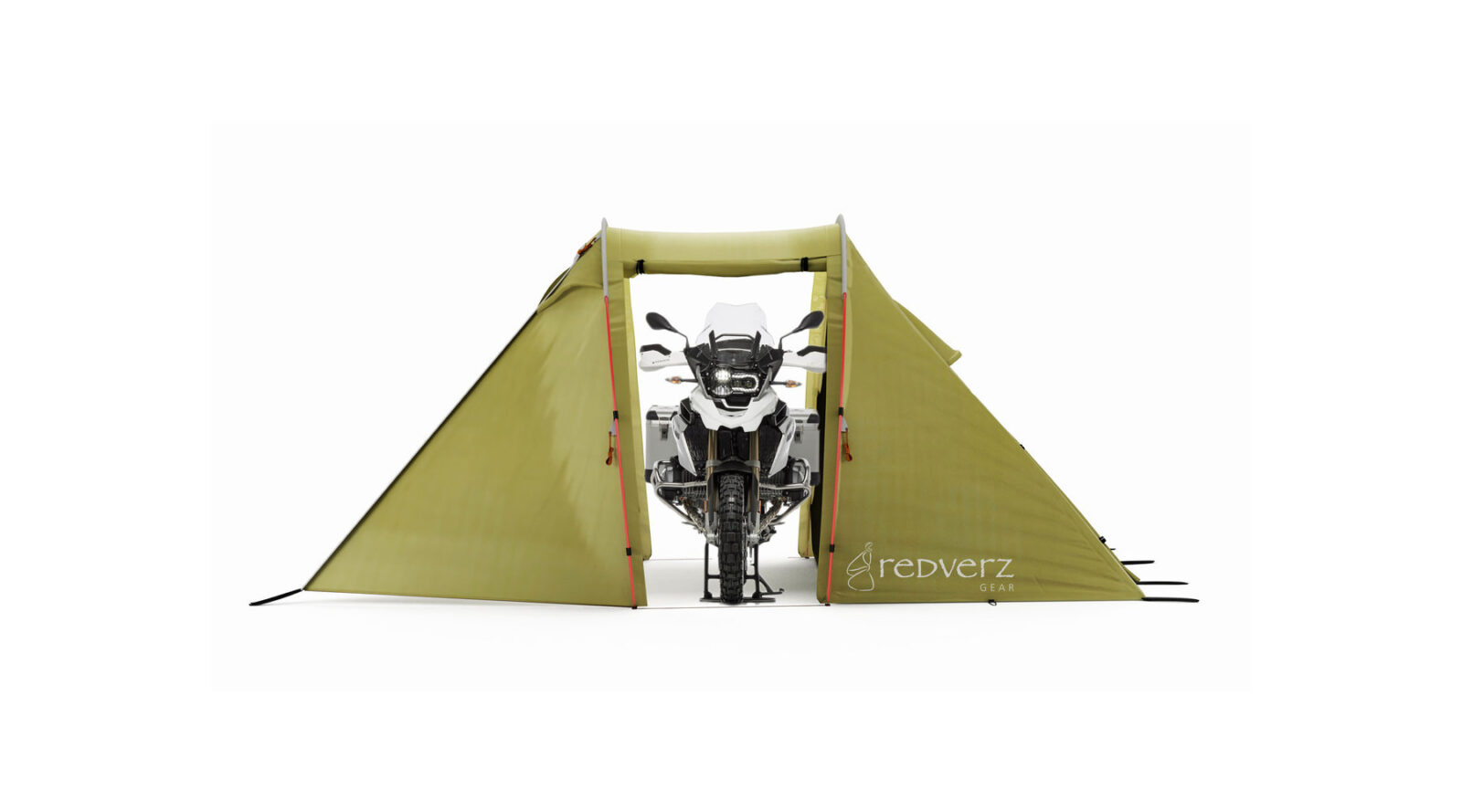 The Redverz Solo Expedition Tent is the single camper version of their better known two-person Atacama tent, both models offer a dedicated motorcycle bay to keep your bike out of the rain, wind, hail, or whatever else you may encounter on your adventures.

The motorcycle bay in both the Solo and Atacama is 1.95 meters high (6’4″ in the old system), giving more than enough room for any motorcycle you’re likely to have sitting in your garage, and the sleeping bay in the Solo Expedition Tent measures in at 2.3 meters x 1.0 meter (90″ x 41″).

The benefit of having a shelter for your bike will be immediately apparent to anyone who’s ever been on a two-wheeled adventure – it’ll keep your bike out of the rain and weather but also keep it from the prying eyes of opportunistic thieves, a problem you may encounter on travels that cross borders or that venture into unsavoury areas. 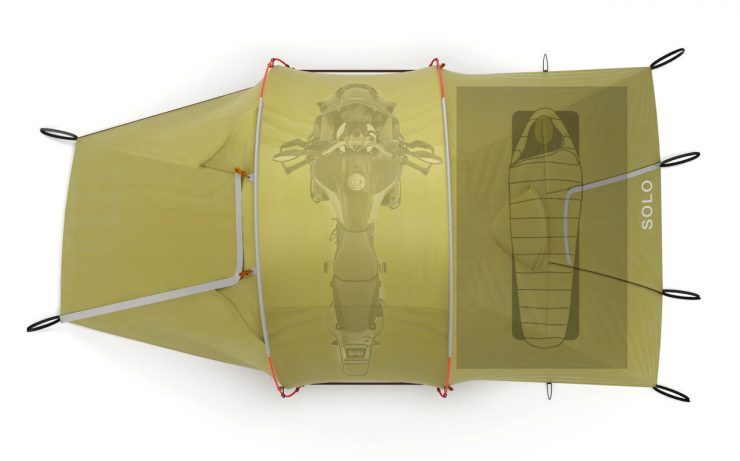 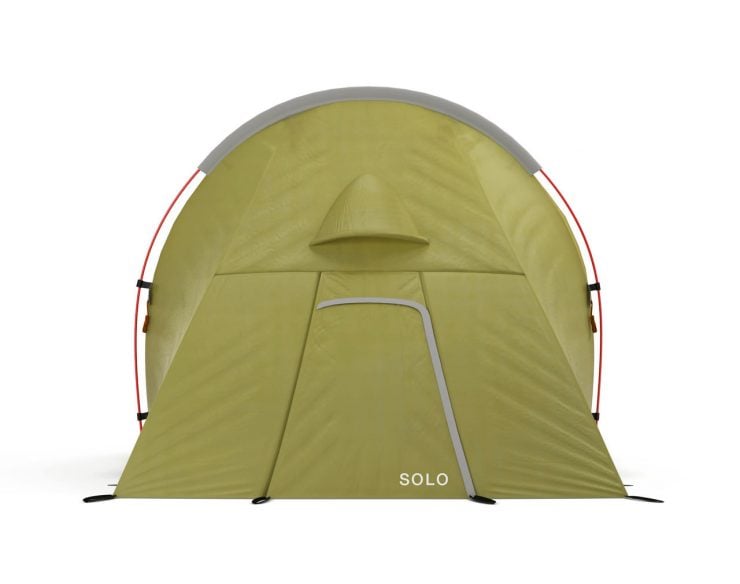 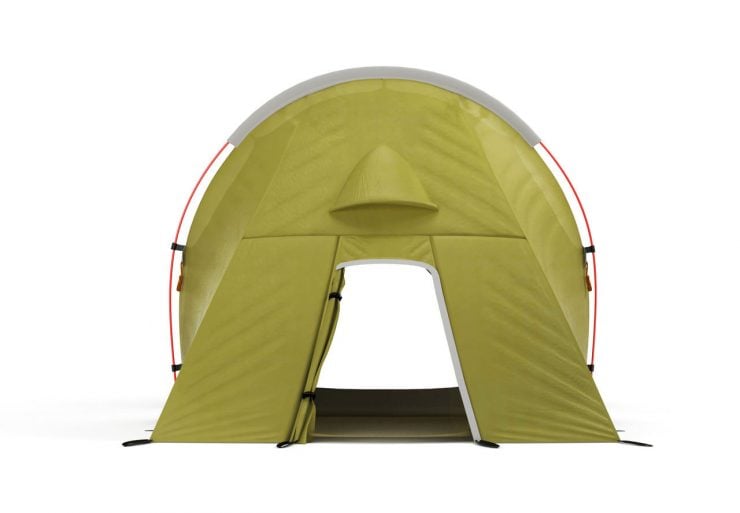 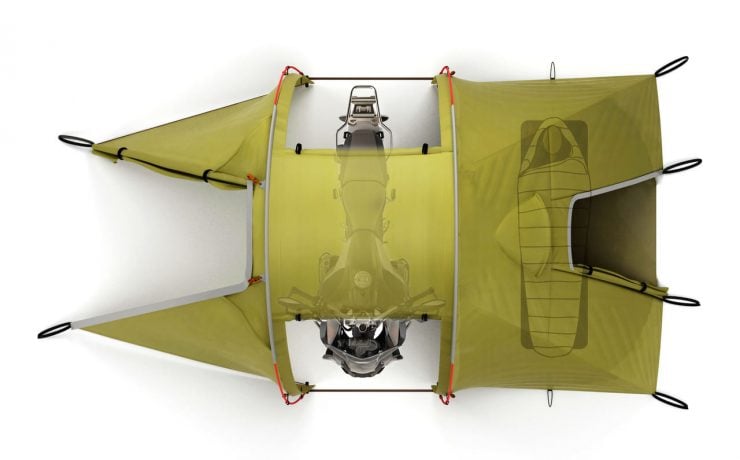 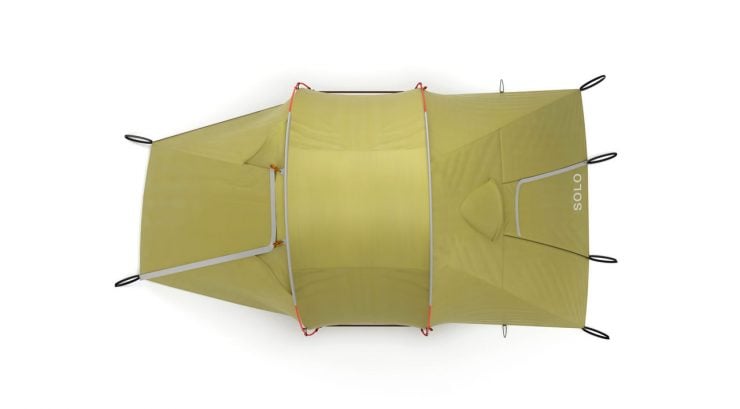 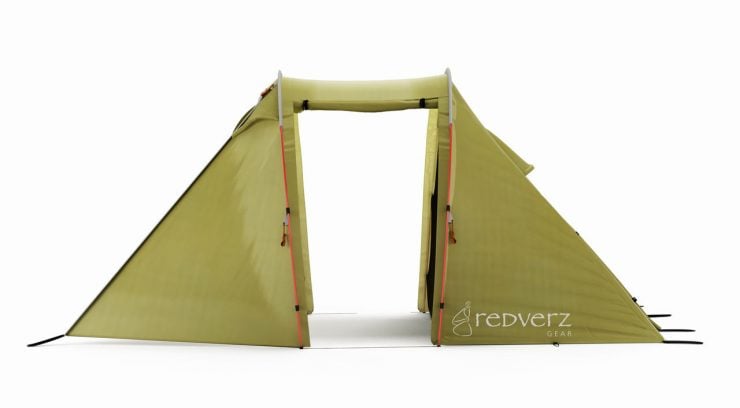 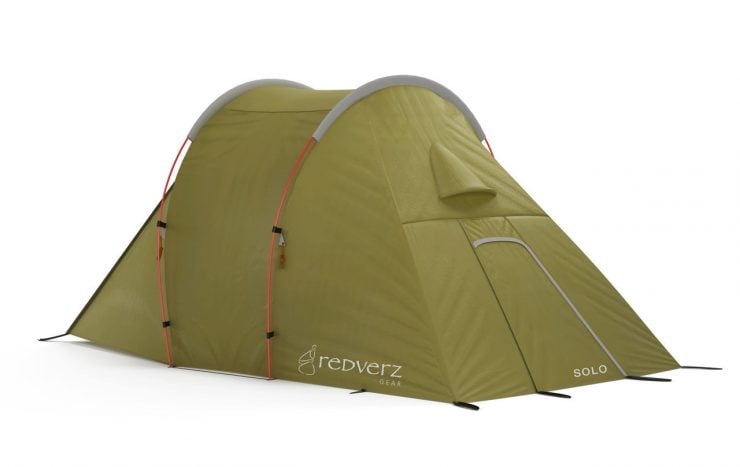 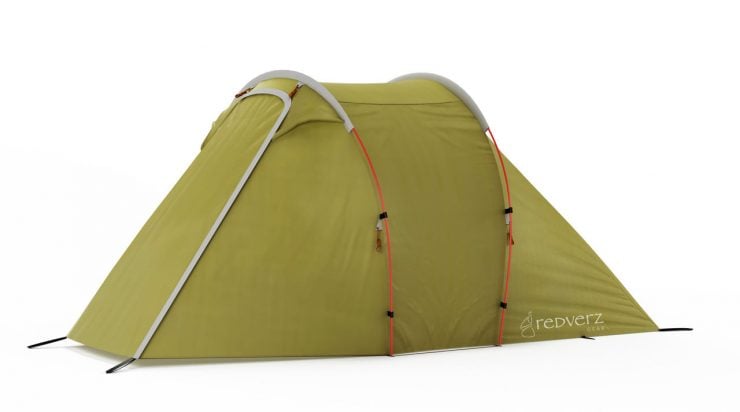 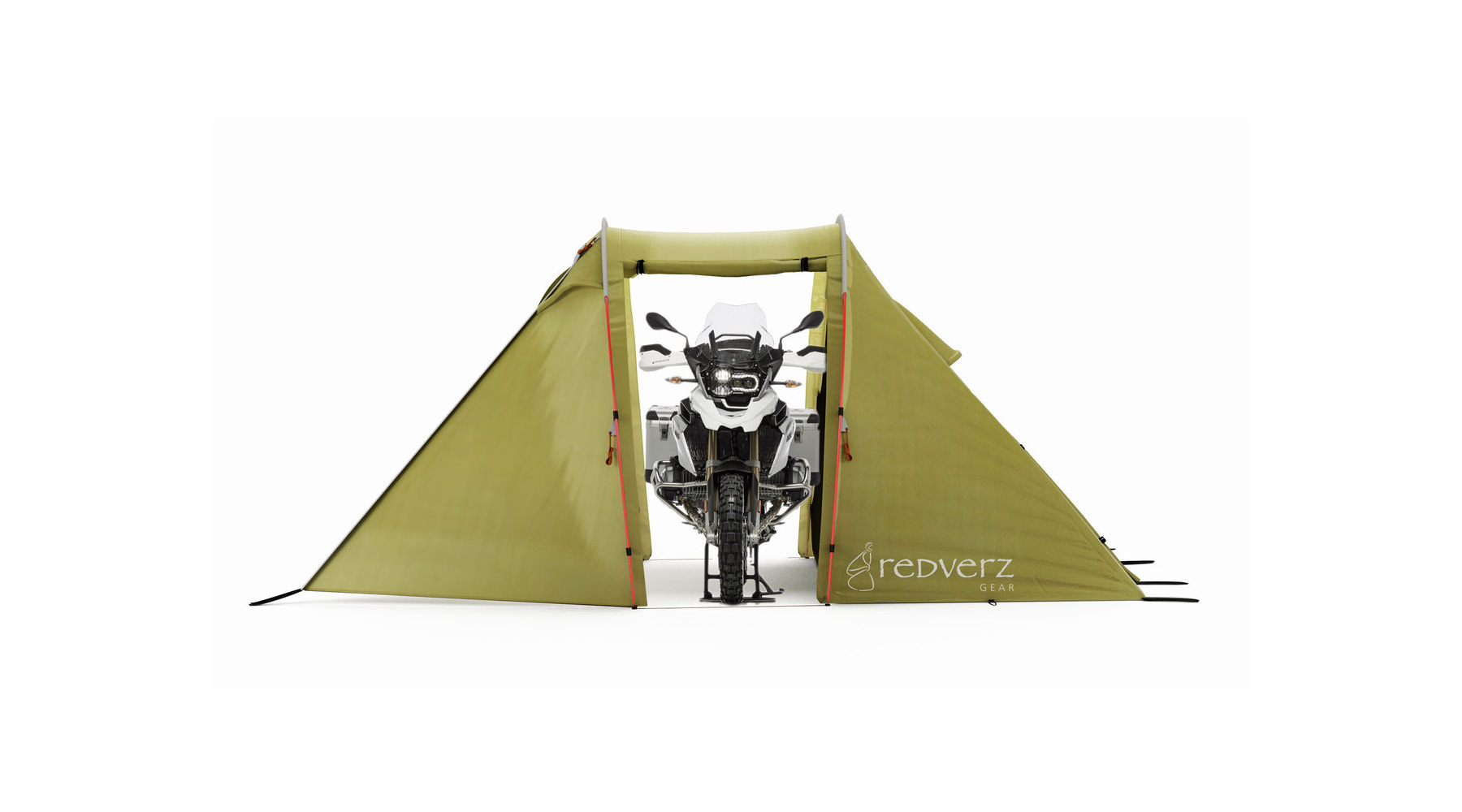