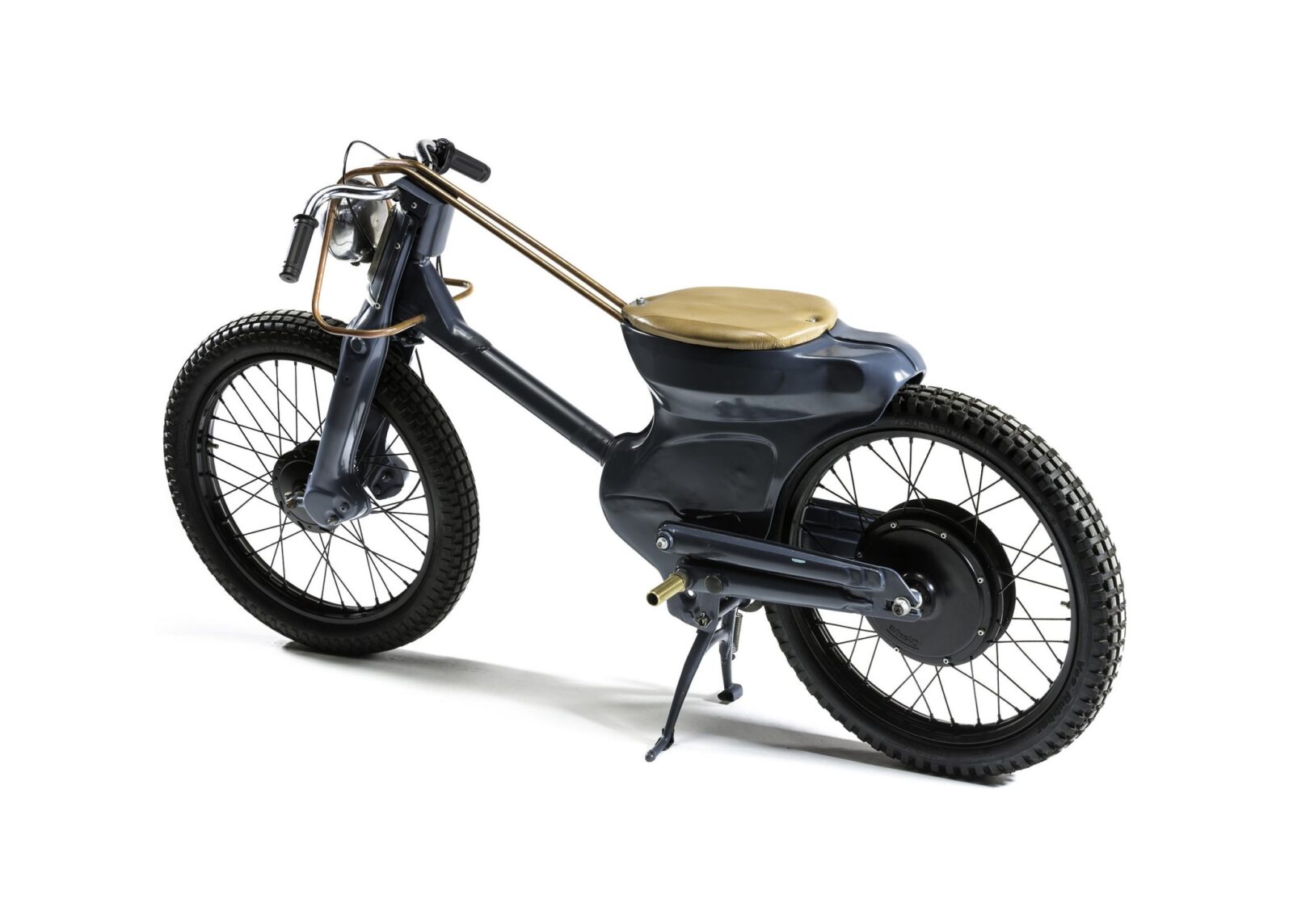 The Deus Electric is a custom motorcycle by Melbourne-based team Ryan Mischkulnig and Joe Fischer, they began with a humble Honda C90 Cub and over a period of 5 weeks they created a minimalist electric motorcycle that would go on to win the 2015 Deus Bike Build Off in Sydney.

Electric motorcycles are nothing new of course, there are companies producing all manner of battery powered two-wheelers, from bicycles right the way through to Isle of Man TT contenders. Personally, I’m fascinated with electric vehicles. They use highly efficient motors that produce 100% of their torque from 0 RPM, usually negating the need for a gearbox, and the massive reduction in the number of moving parts means that they’re exceedingly reliable, and require almost no maintenance.

Although electric motorcycles haven’t yet enjoyed quite the surge in popularity of their four-wheeled brethren, we are seeing a huge increase in the number of electric bicycles. These allow the rider to pedal-assist if they choose to, but otherwise can offer 50+ kilometres of range running off their oftentimes removable battery packs.

Ryan and Joe decided to use the motor and battery system from an electric MX bike called the H-52 Hurricane, this helped along by the fact that Joe is an engineer at Stealth Electric Bikes – the company that builds them.

The first order of business was to strip the Honda C90 down to its bare essentials, then begin removing the gasoline engine and its ancillaries. The 5.2kW hub motorcycle from the H-52 Hurricane was then laced into the rear wheel, and the 1.5 kWh LiFePO4 battery was installed.

The original handlebars didn’t cut the mustard, so a pair of ladies bicycle handlebars were acquired and modified to fit. The headlight was replaced with a vintage Marshall car spotlight and a new seat was made from exercise mat foam and leather from the back of an old leather jacket.

The completed bike is a testament to the Deus philosophy of making the most with the least, and I can only hope that it inspires more custom motorcycle builders to see what they can create with electric running gear. 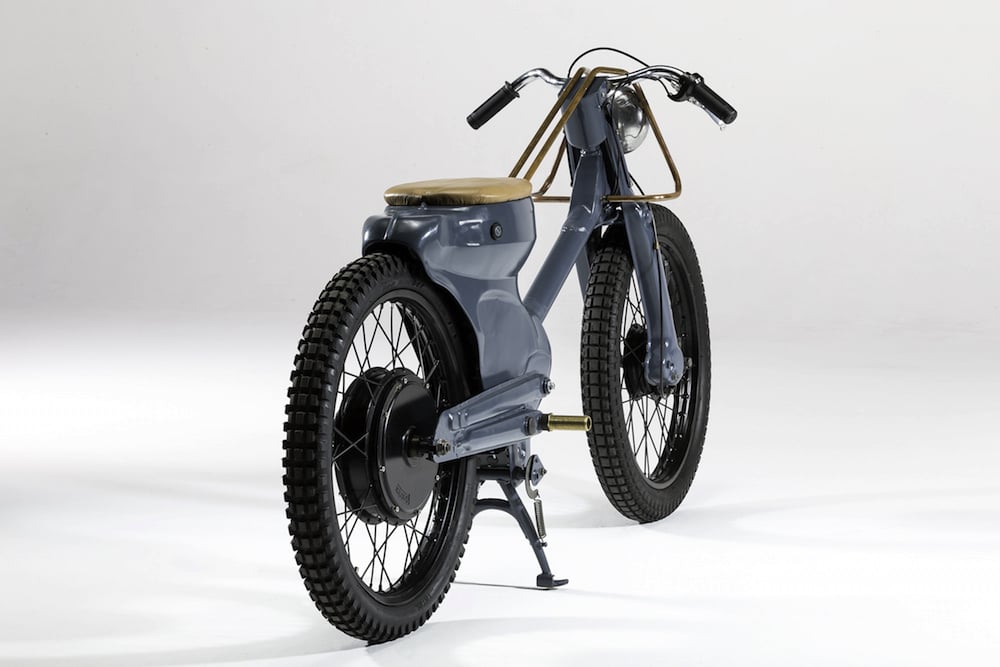 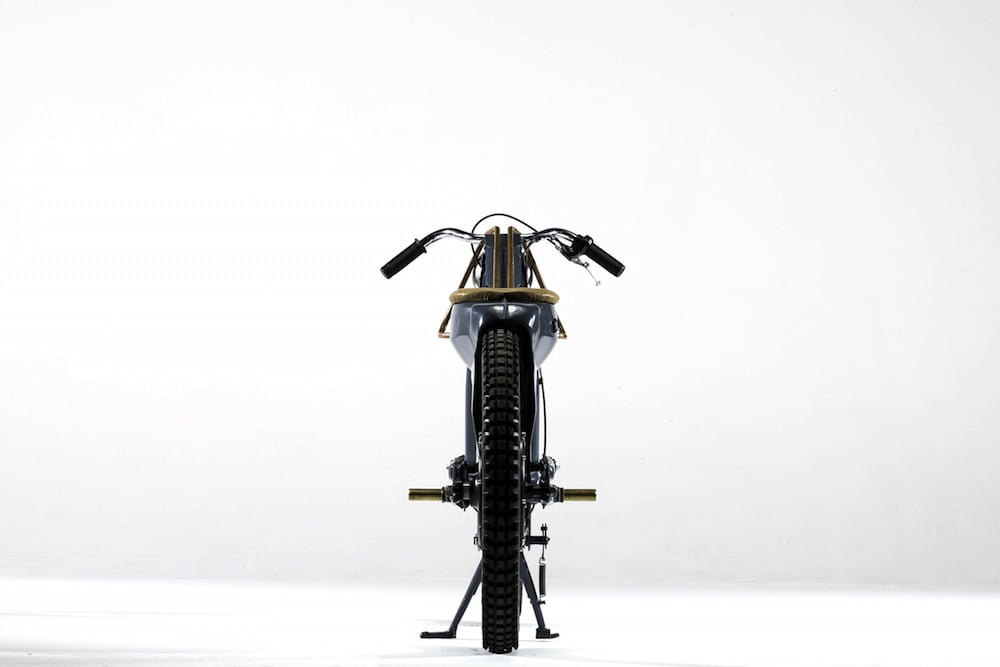 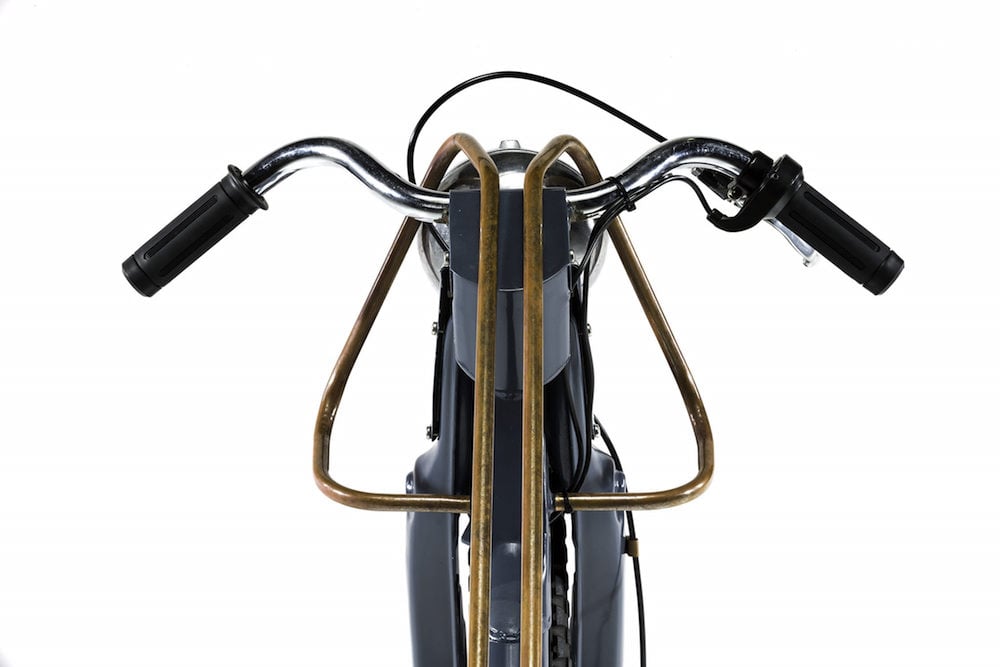 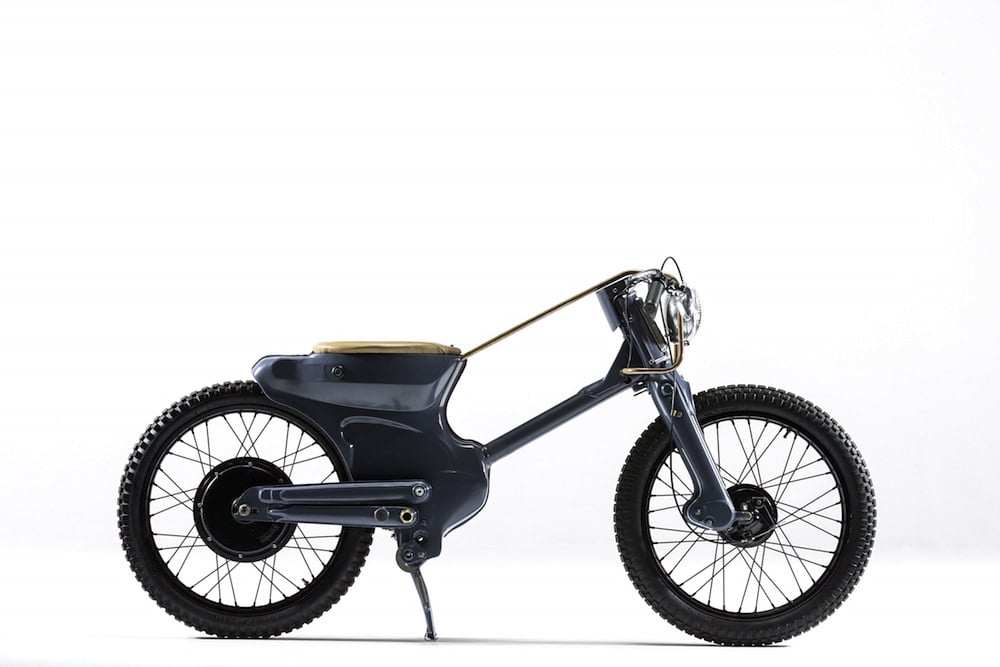 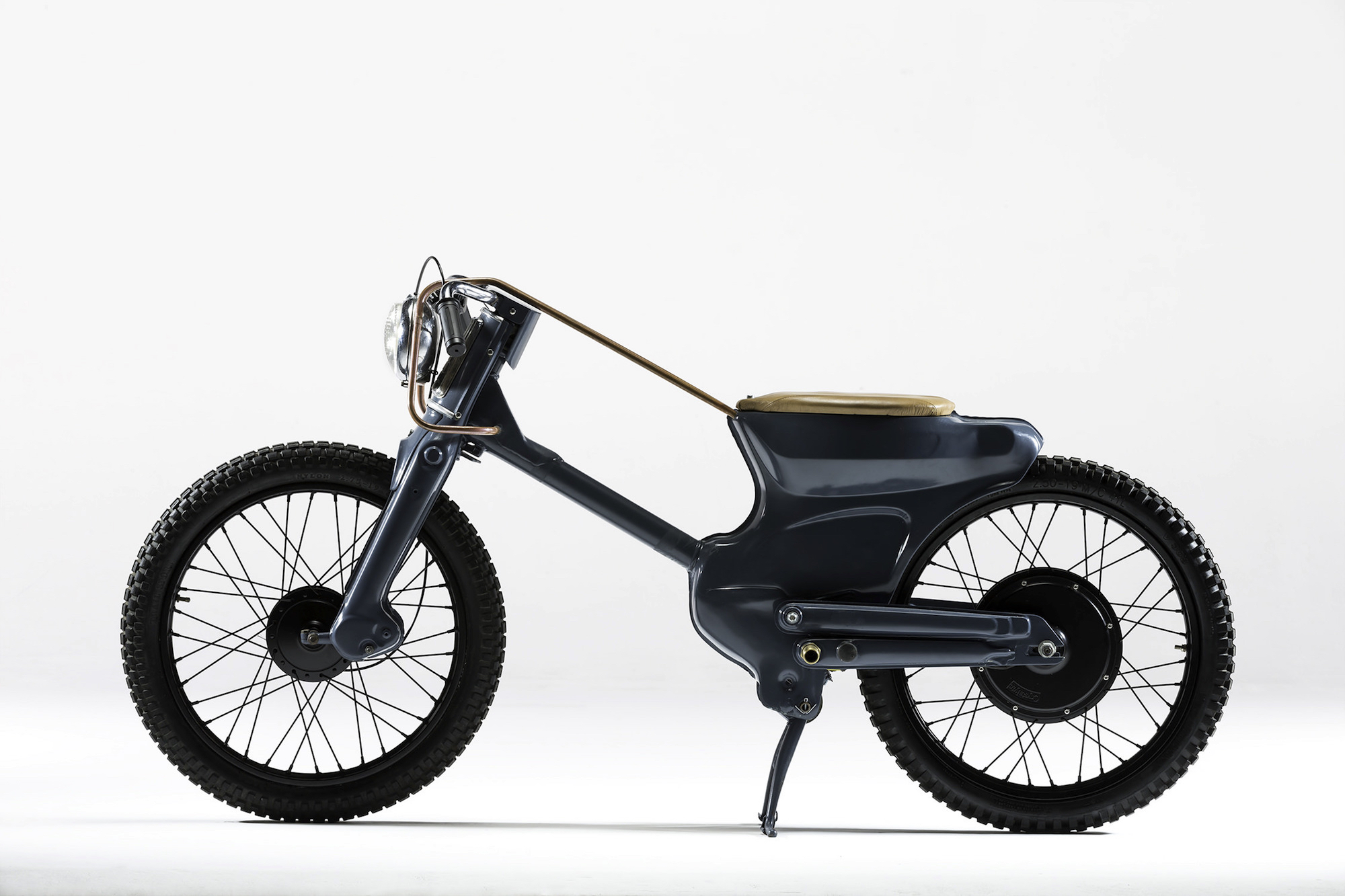 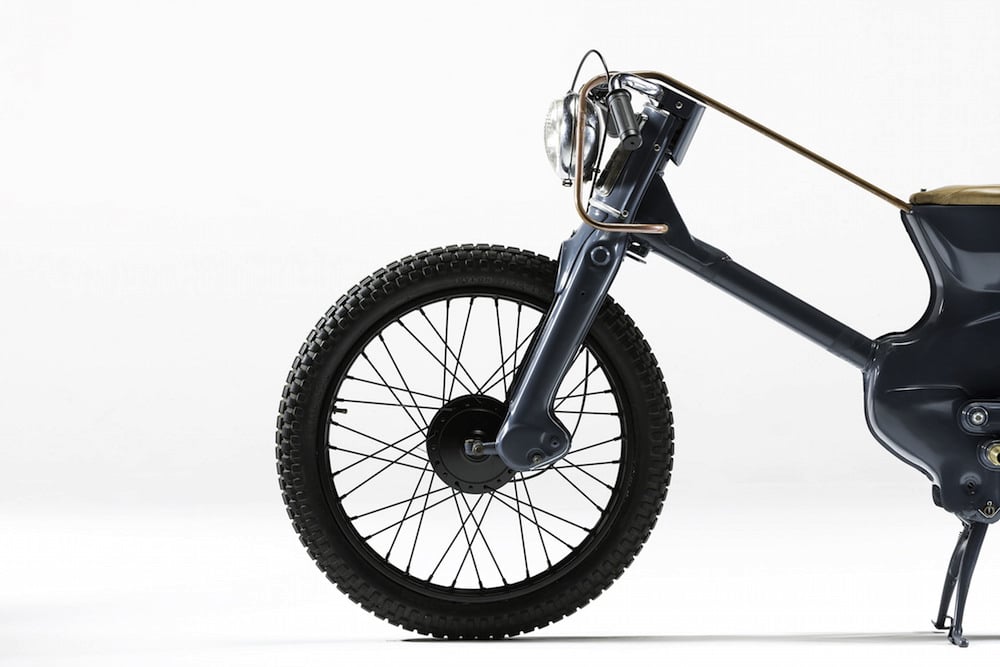 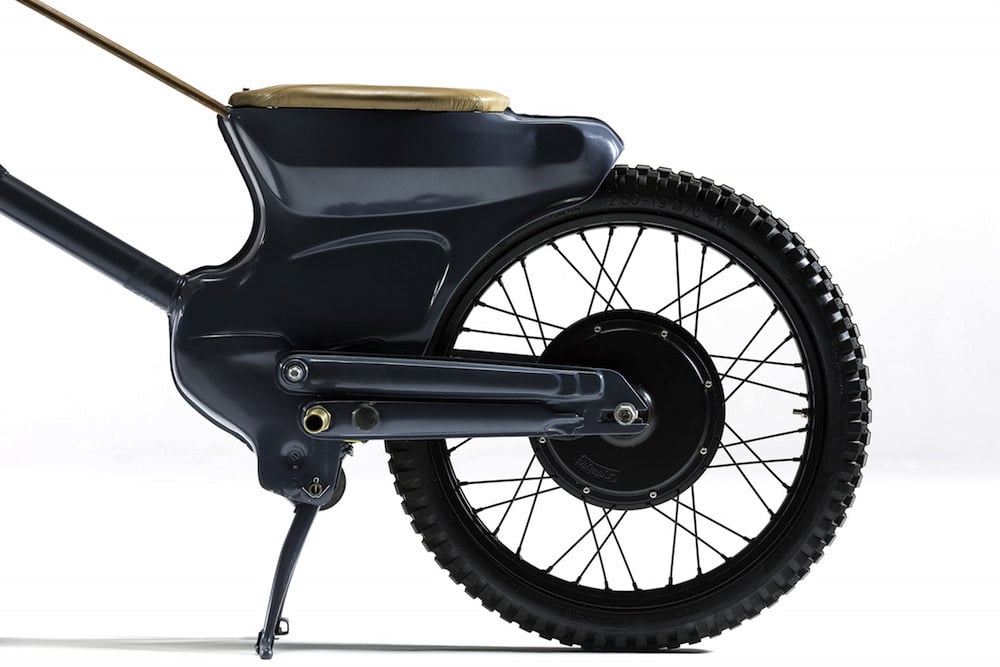 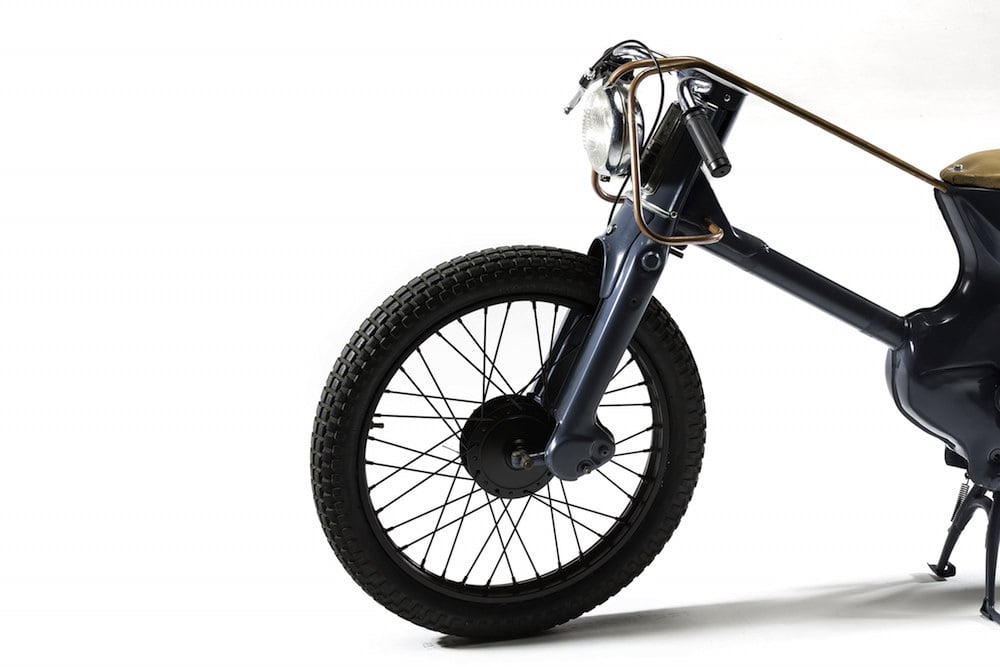 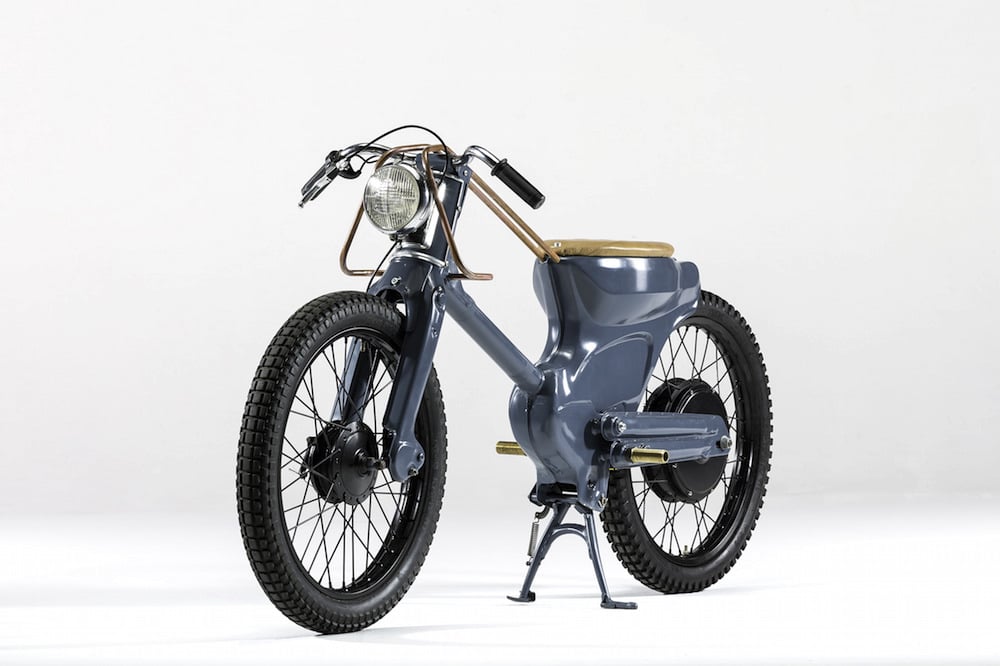 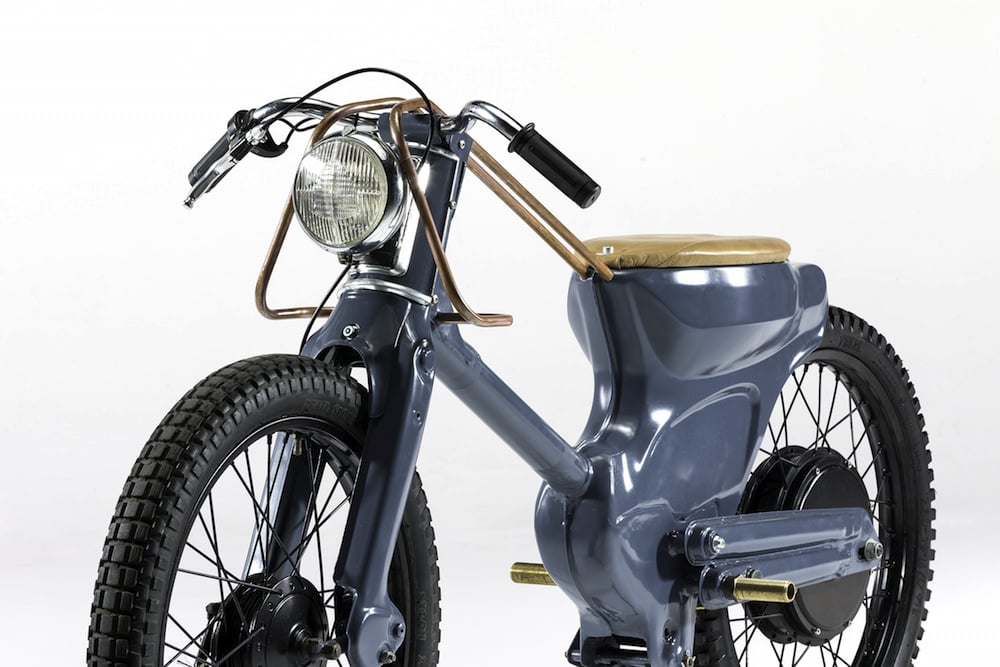 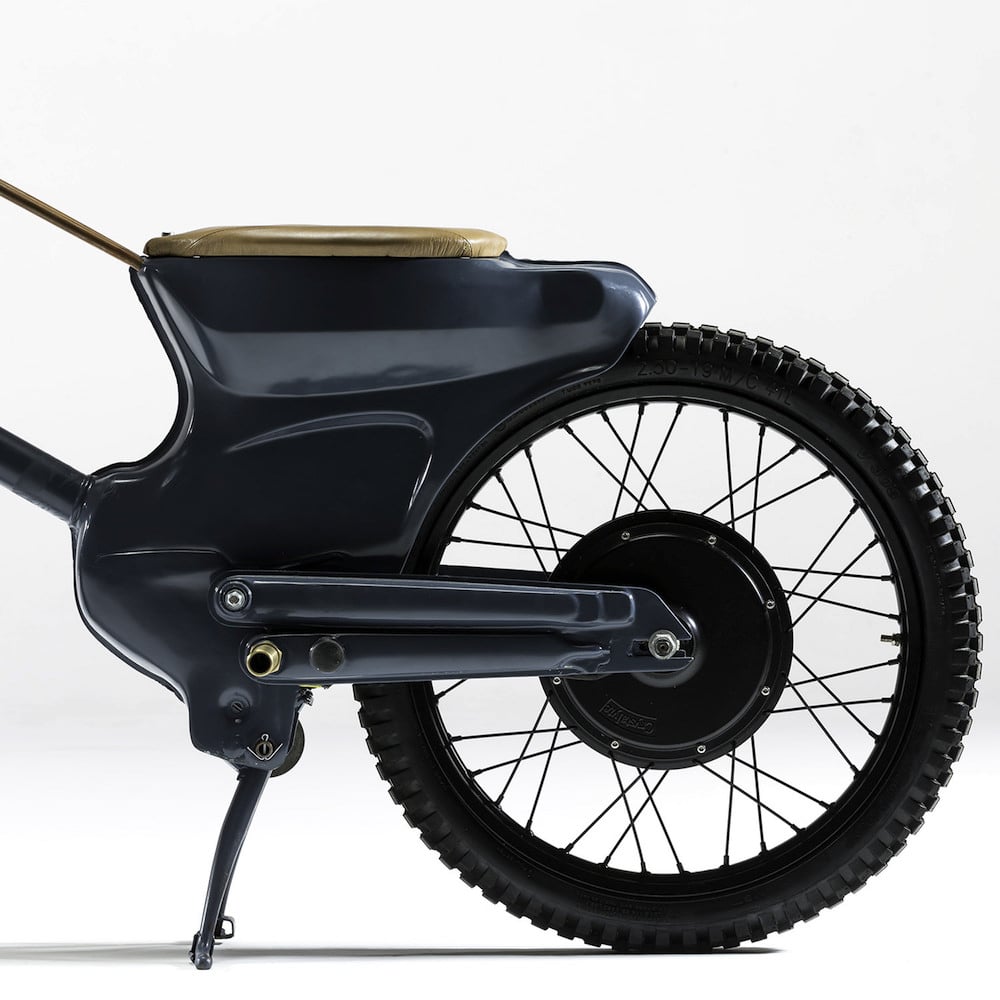 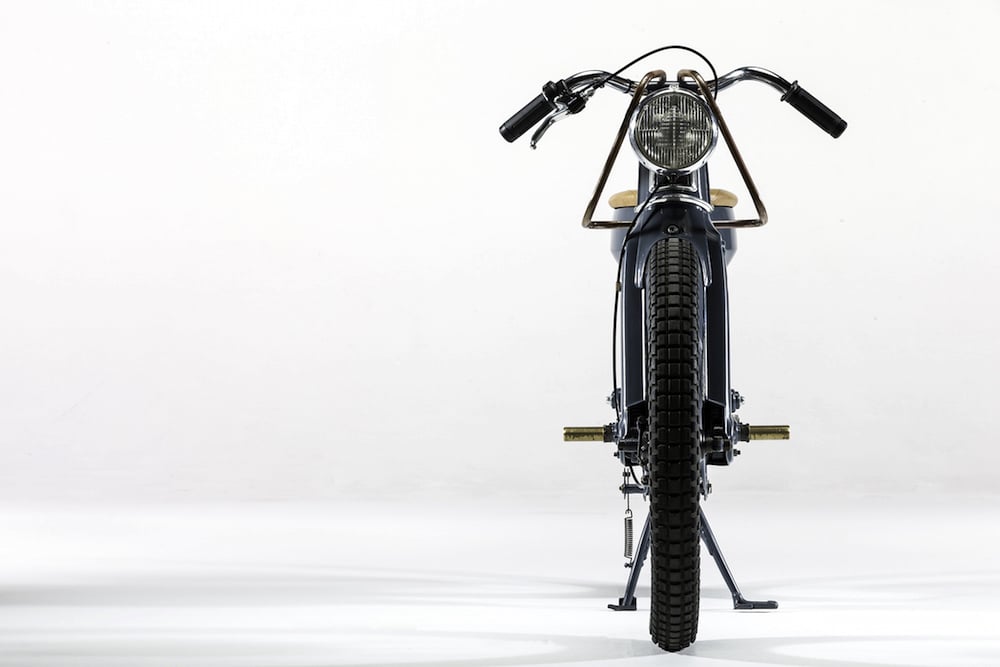 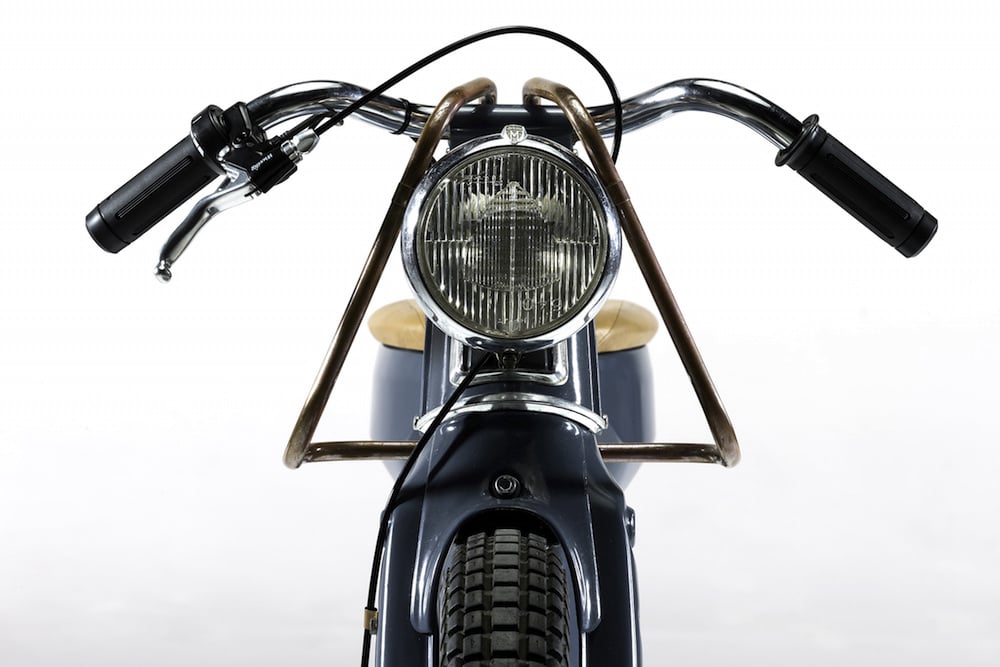 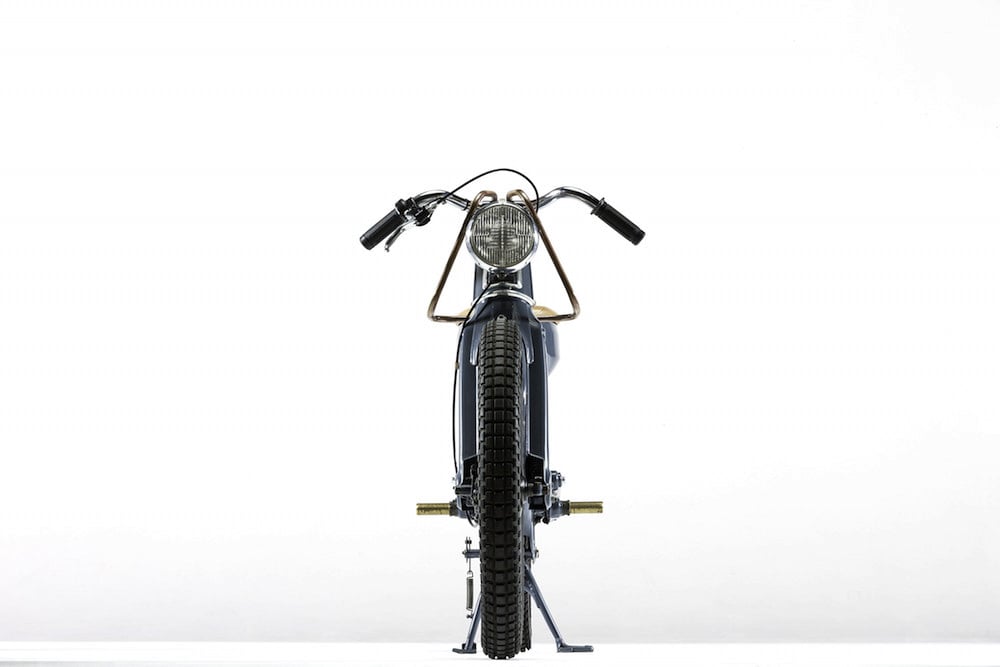 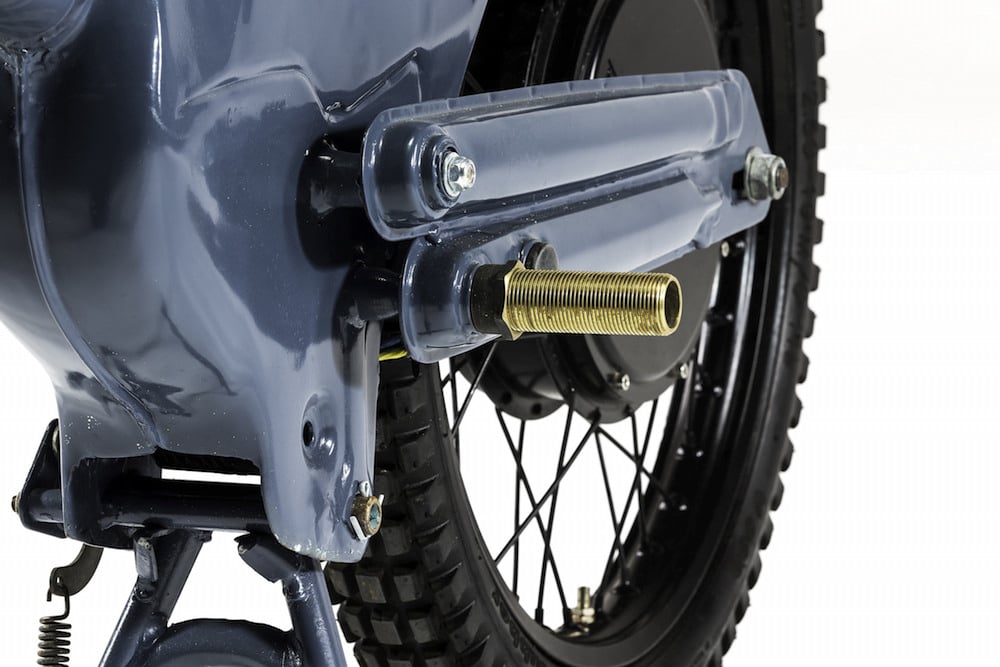 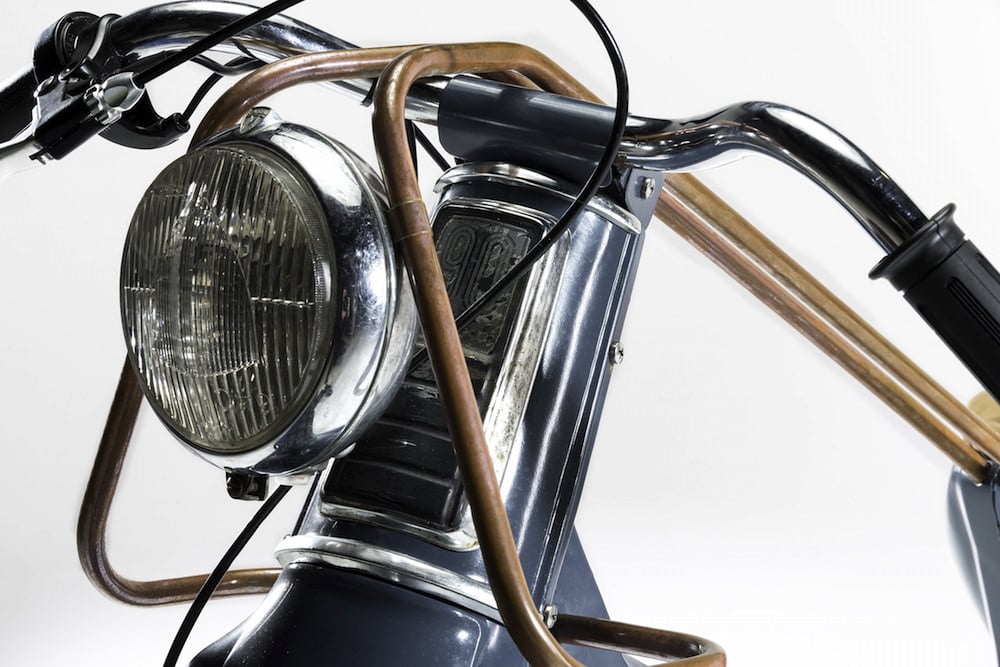 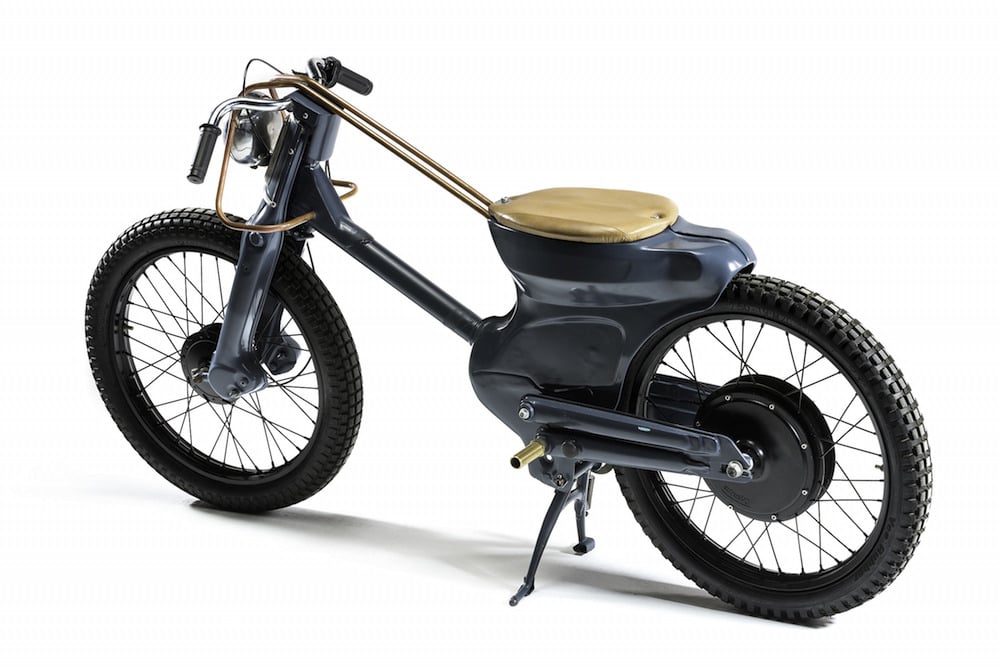 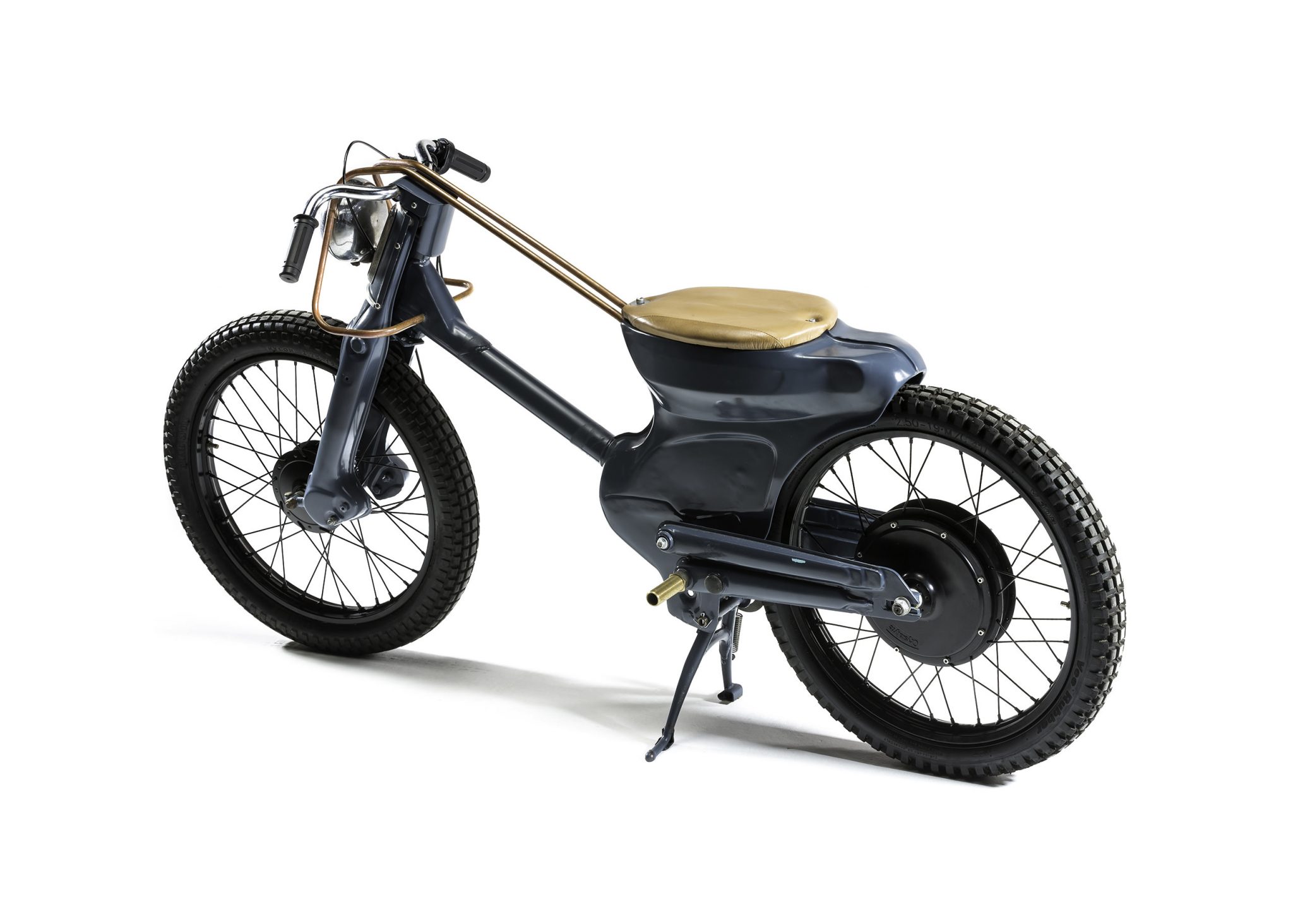