The origins of the railroad spike knife are unclear, though it is likely that they’ve existed almost as long as railways given the simplicity of their design and the sheer volume of railway spikes that are available.

The knife you see here was made by Canadian Bladesmith Graeson Fehr, he founded Fehr Forgeworks in Winnipeg and he now hammers out knives for customers around the world.

One of Fehr’s signature blades is the railroad spike knife but he also makes a variety of other knives form various types of steel including bushcraft knives, hunting knives, wrench knives, and there’s even a railroad spike bottle opener.

The knife you see here started life as a normal railroad spike, once Fehr got his hands on it he put it through a process of forging and water quenching to ensure that it’s as hard as possible. He explains that the resulting knife won’t be as hard as something like high-carbon steel for example, but they’re it’s highly effective in use. 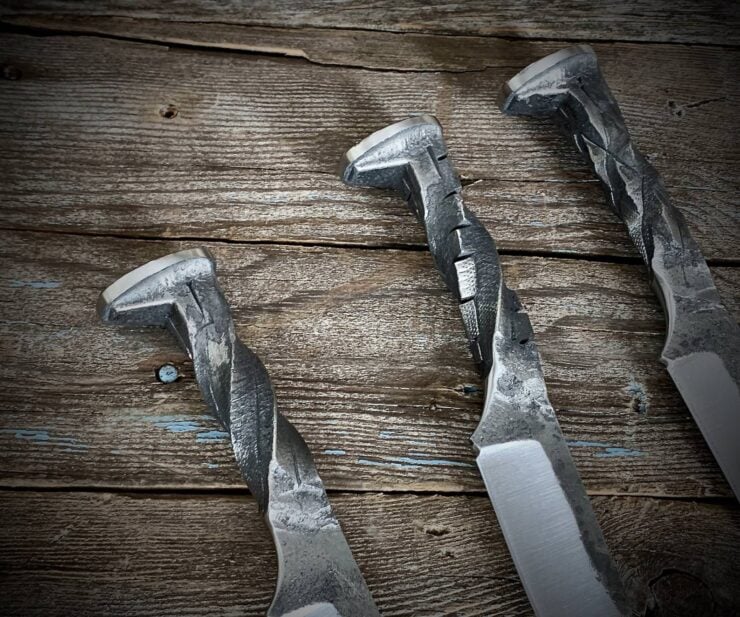 When ordering you can choose between three different handle types, chisel twist, Rubik’s Cube twist, and pineapple twist – all of which are shown above from left to right. You can also choose to add either a Kydex or leather sheath for some additional cost.

Each completed knife weighs in at 8.5″ with a blade length of 4″, and a spine thickness of 3mm. The knives weigh in at 290 grams, they have an approximate hardness of 50 HRC, and they cost $66.83 USD apiece.

With a hardness rating of 50 HRC these knives are ideally suited to steak knife duties and other around the house tasks, they can be resharpened quickly, and they’ll last more than a lifetime with good care.

Due to the fact that railroad spikes aren’t made from stainless steel it’s a good idea to give these knives a light coating of mineral oil between uses to keep them corrosion free. 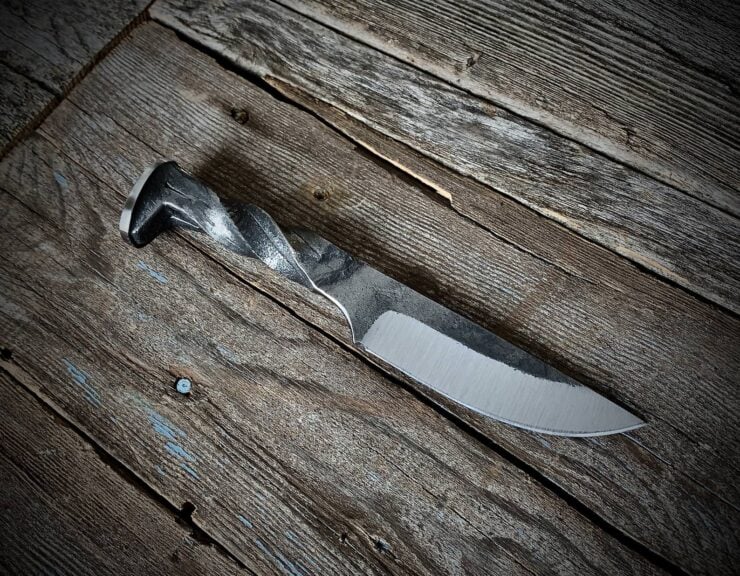 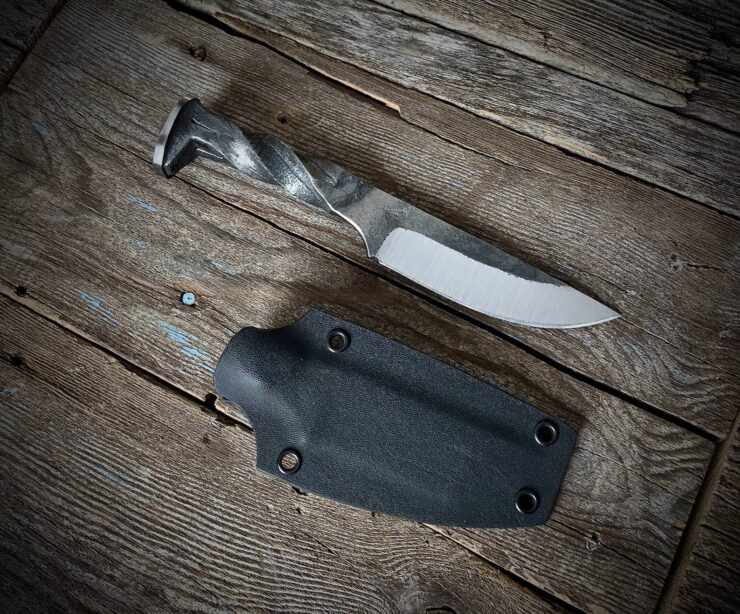 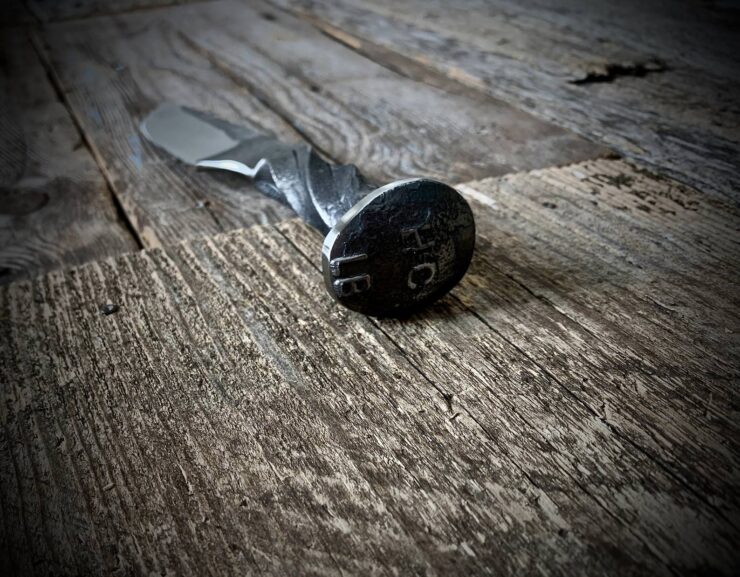