It’s not everyday you get the chance to buy an unridden CZ “Coffin Tank” 400cc motocross racer, particularly not one still sitting in its factory crate draped in waxed paper showing its age like a true time-capsule.

CZ was one of the most successful motocross and enduro motorcycle manufacturers in the world in the 1950s and 1960s. The company’s motorcycles won six Grand Prix world championships from 1964 to 1969 and dominated the International Six Days Trial winning the event 15 times between 1947 and 1982.

The name CZ, or more correctly ČZ, stands for Česká Zbrojovka – a Czechoslovakian company that was originally founded as a firearms manufacturer before branching out into bicycles in the years after World War I and from there into motorized bicycles, followed logically by motorcycles and scooters.

Perhaps it had something to do with all the former firearms engineers now designing engines but for some reason the motorcycles built by CZ took off like a shot, enjoying significant popularity in Czechoslovakia and across Europe, at one time after World War II it was the second biggest motorcycle manufacturer on the Continent.

For many years the company was building both on and off-road competition bikes as a way of advertising its regular production motorcycles. Although the company did achieve some signifiant results on the asphalt with its technically sophisticated engines, the place where it really dominated was on the dirt.

It was the two-stroke engines developed by CZ engineers that would power them to countless race and championship wins. Perhaps more than any other single manufacturer it was CZ who perfected the engine type, they pioneered a slew of new technologies for two-stroke engines – perhaps most famously they invented the two-stroke exhaust expansion chamber. 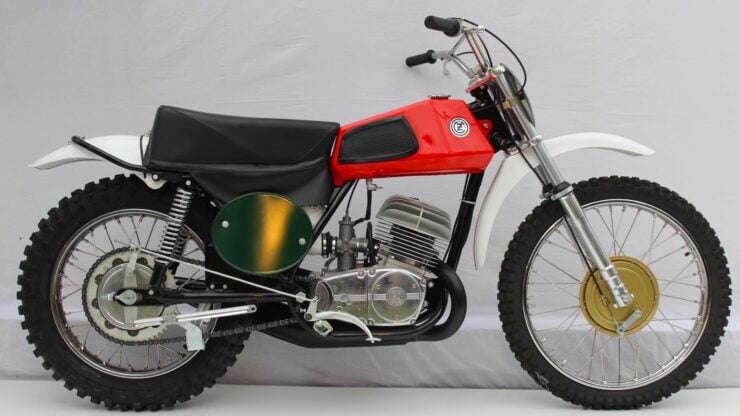 Above Image: This is a 250cc version of the 1973 “Coffin Tank” CZ, it gives a good idea of what the motorcycle in the crate would look like once assembled.

CZ’s motocross dominance peaked in the mid-to-late 1960s with the company’s six back to back Grand Prix world championship wins. By the early 1970s the Japanese manufacturers had begun to catch up, often by copying CZ innovations, however the company would continue to claim wins well into the 1980s.

The motorcycle you see here in the crate is a 1973 CZ “Coffin Tank” 400cc motocross racer, that odd nickname comes from its unusual fuel tank design, its angular shape was considered to look a little like a coffin and it gained a reputation for bruising delicate parts of male rider’s anatomy.

The 1973 C4 500 Moto-Cross was essentially an iteration of the bikes from earlier years containing some incremental upgrades. It weighed in at 234 lbs, just 7 lbs more than the CZ 350 MX, and it produced 47 hp – a solid figure for the day. CZ motocross bikes were famous for their handling, offering razor sharp responsiveness and that was said to require an experienced rider to fully exploit.

CZ motorcycles still enjoy a cult following around the world, in general terms they’re not as famous as the bikes made by Husqvarna or the Japanese manufacturers during the same era, but they’re arguably more successful.

What the future owner of this bike may do with it is anyone’s guess. On the one hand motorcycles are built to be ridden, but on the other hand it’s so unusual to see a bike like this still in its crate it may be worth preserving just like this in a museum.

If you’d like to read more about this motorcycle or register to bid you can click here to visit the listing on Mecum. It’s due to roll across the auction block in Las Vegas at the end of April and at the time of writing there’s no price guide. 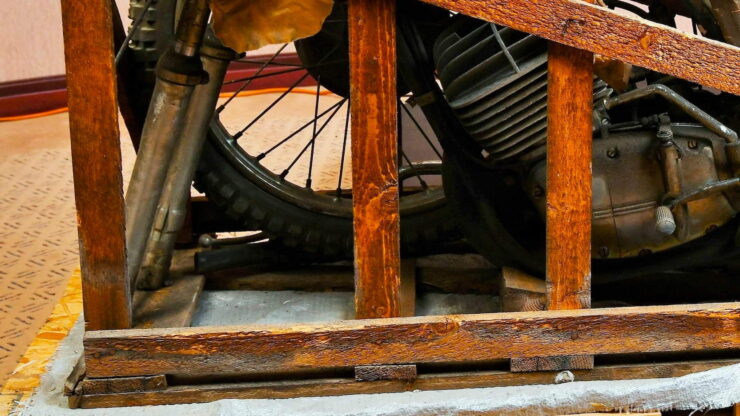 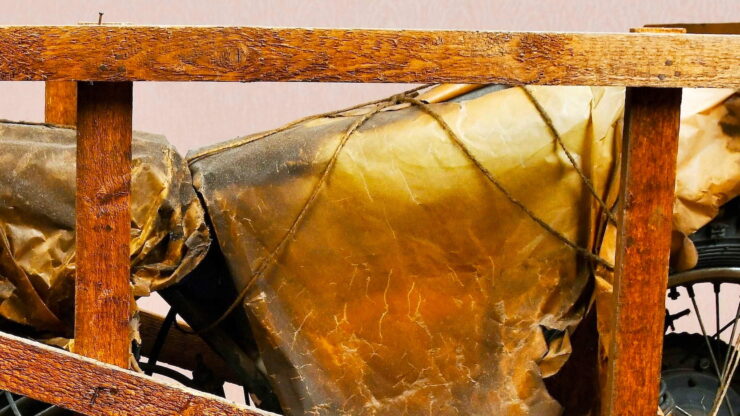 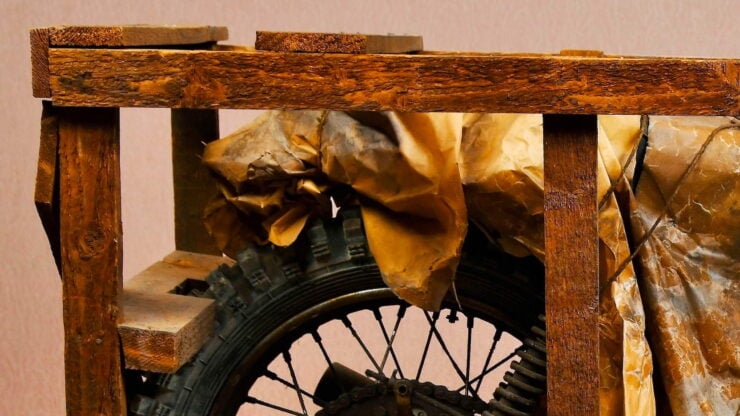 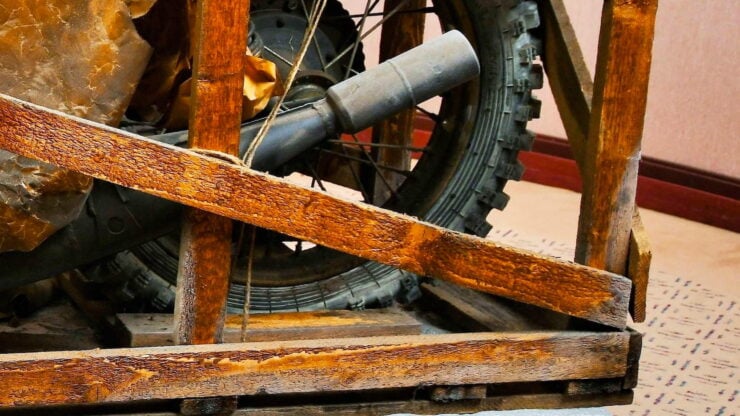 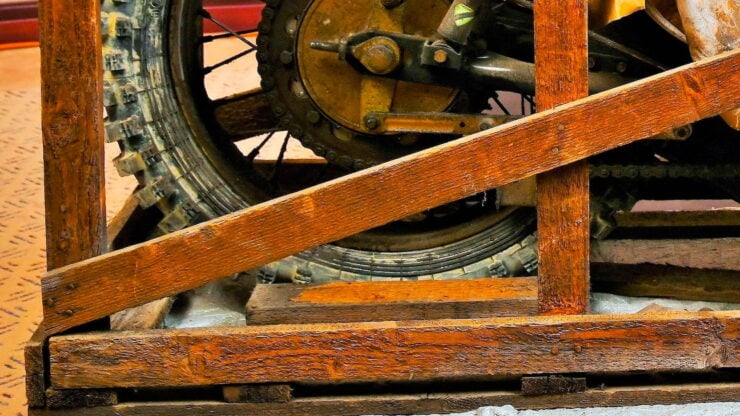 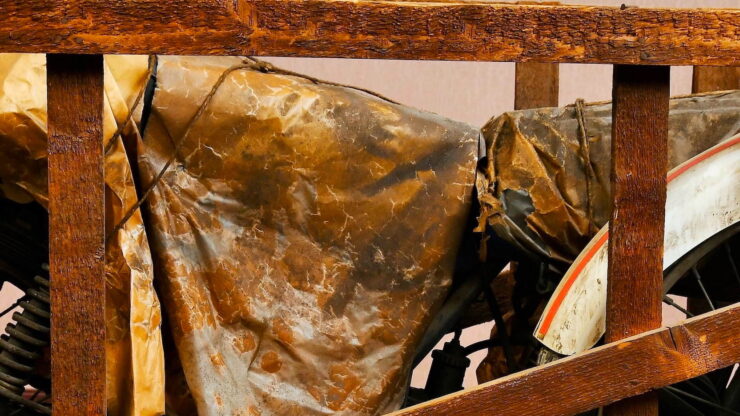 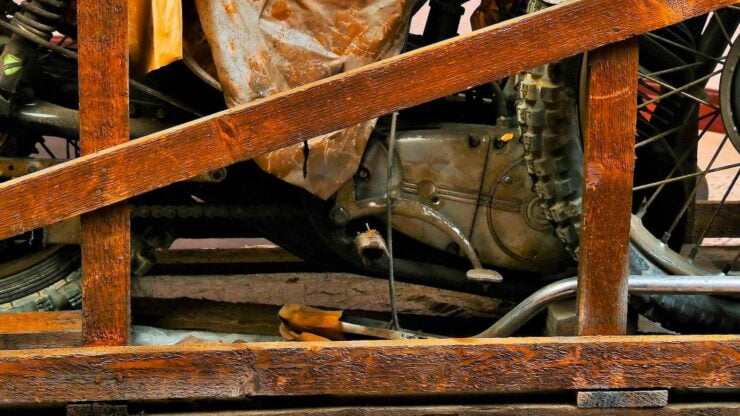 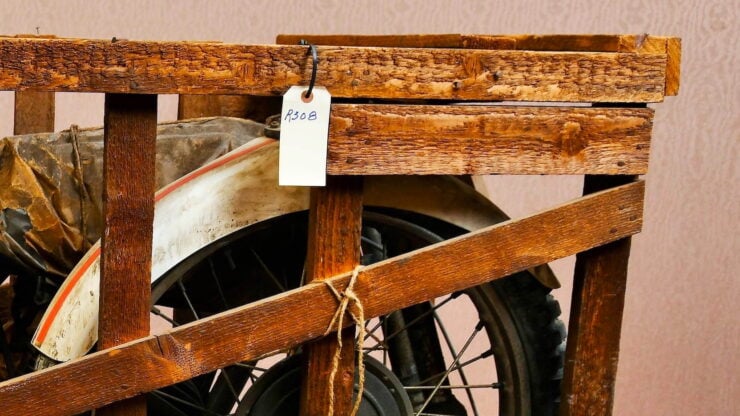 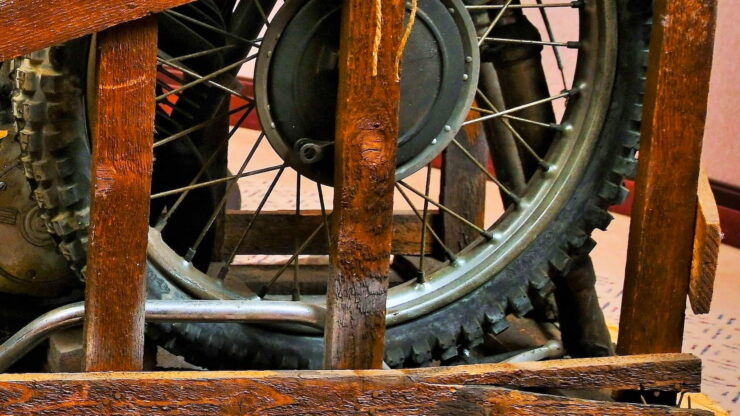 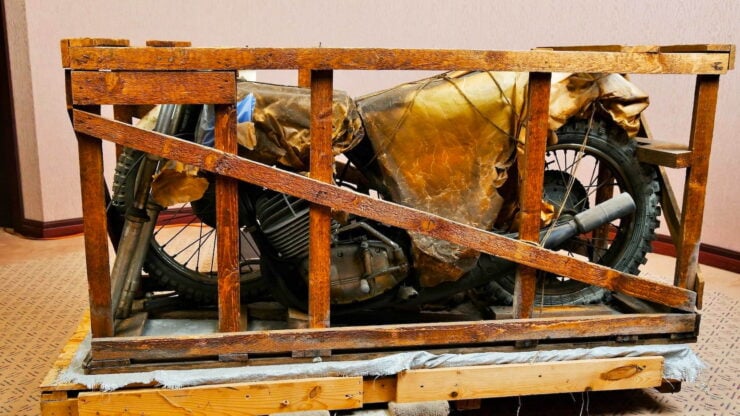 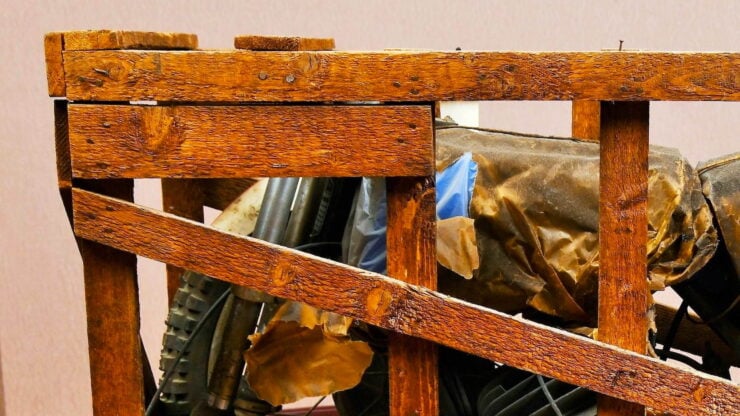 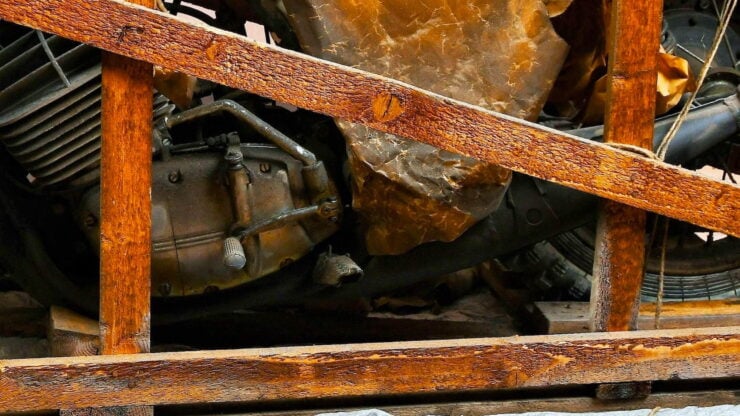 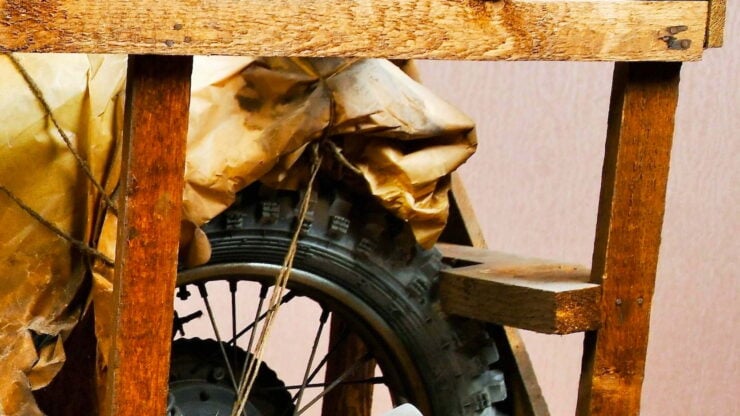