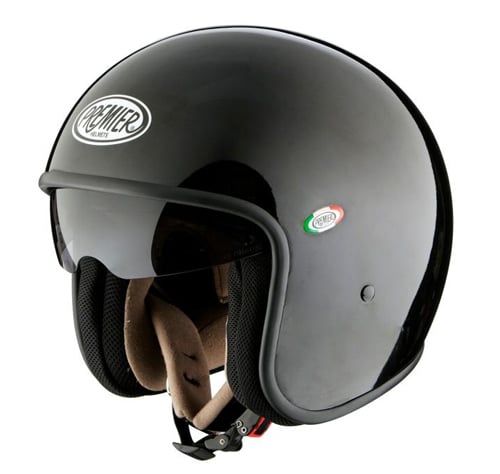 Premier Helmets is an Italy based company producing some nice, slightly less common designs. All their helmets are ECE rated (read more on that here) and this particular model is moulded from carbon fibre. Featuring a built in flip-down visor (with either a smoked or tinted finish), the helmet looks a lot like something you’d find sitting on the head of an Apache chopper pilot.