The Bullet by Imperial Cycles

Motorised bicycles are an unusual breed, some argue that they shouldn’t be called “mototorcycles” at all although if you take a look at the history of motorcycles you’ll see that the very first ones were quite literally bicycles that some enterprising lunatic bolted an engine to. So personally, I think it’s more than fair to call them motorcycles.

Imperial Cycles is run by a couple of talented west coast builders named Eric and Jerome, their designs all have a unique and post-modern feel with an unmistakable and almost scifi/steampunk retro flavour.

This model, the Bullet, is fitted with either a 2 or 4 stroke engine, boardtracker front suspension and a set of pedals in case you run out of fuel. 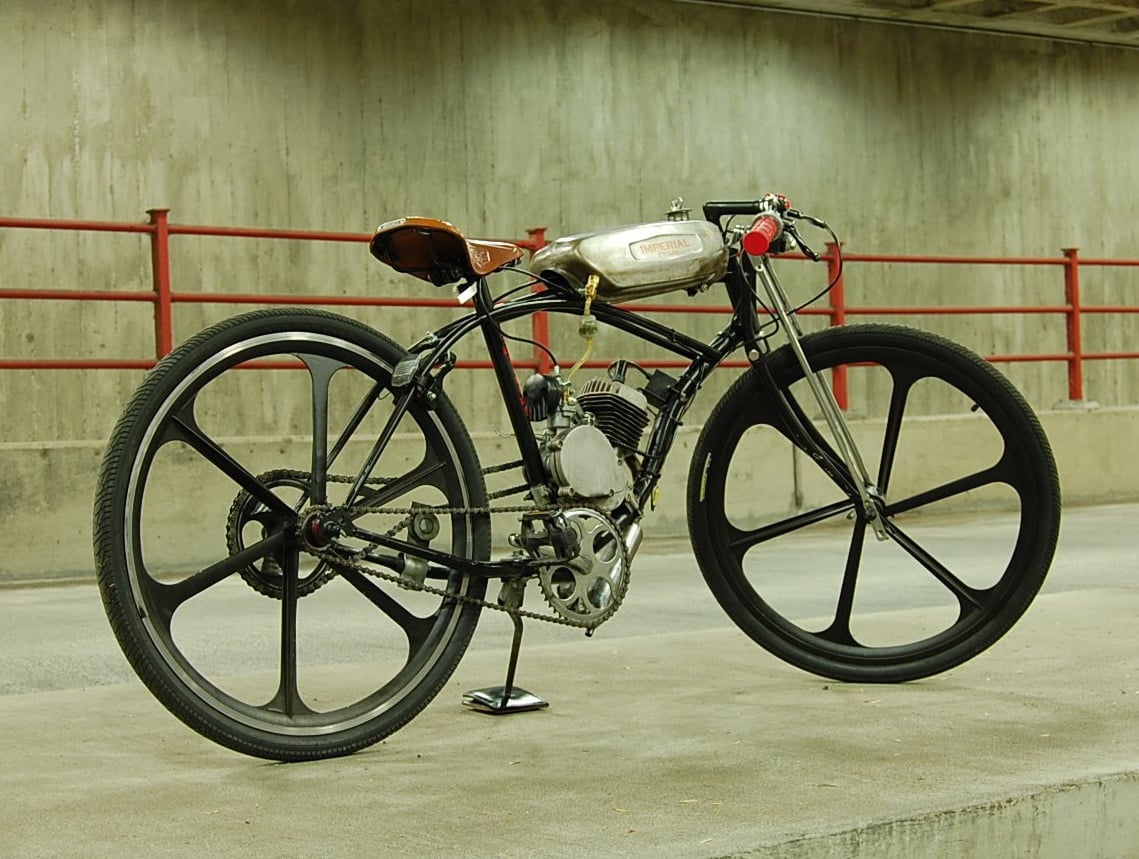