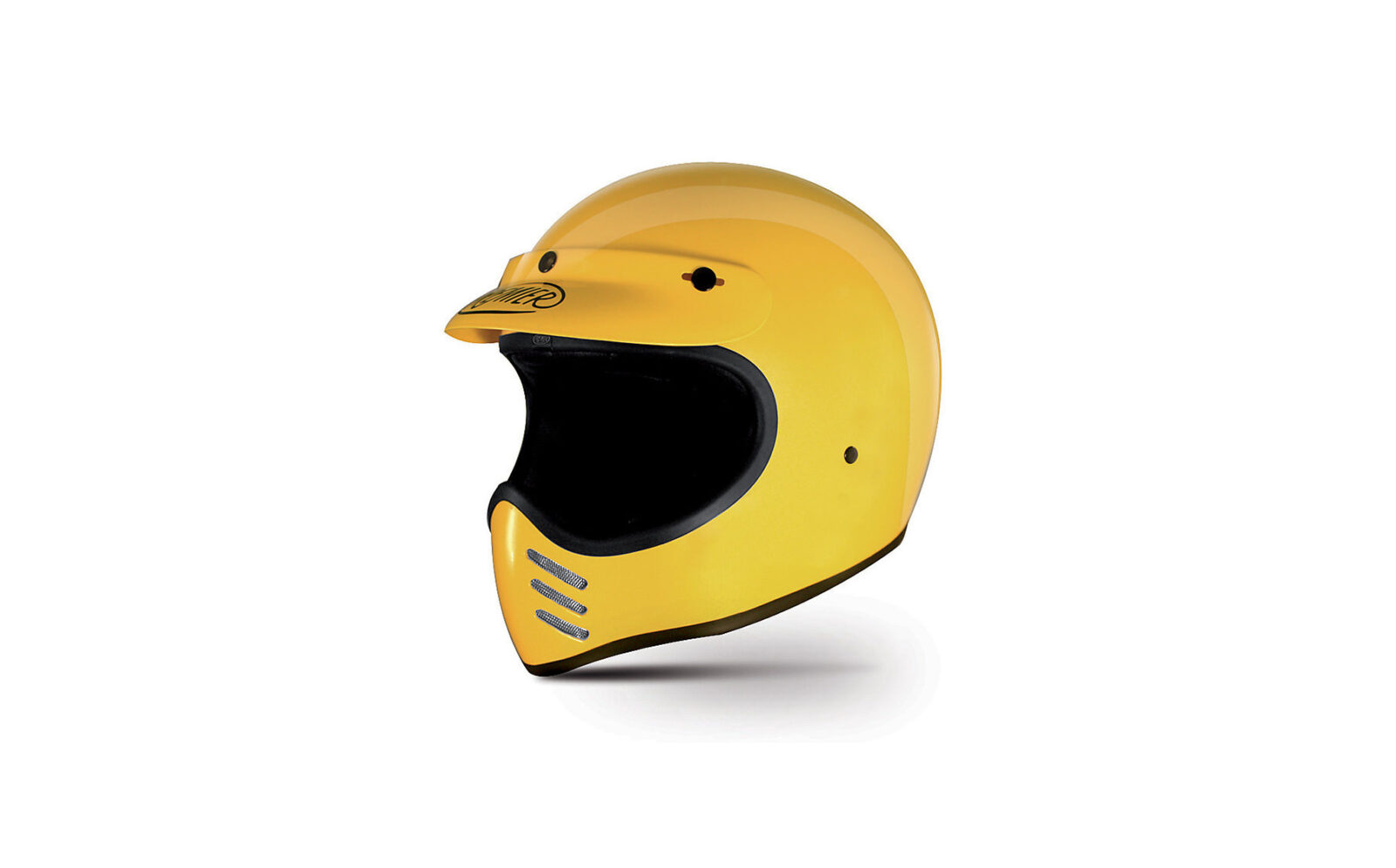 The Premier Trophy MX Helmet has all the hallmarks of a lid from the heady era of ’70s motocross racing – with the significant additional benefit of being made from modern materials to modern safety standards.

The outer shell is molded from multi-axial fibres called DCA – composed of carbon, dyneema and aramid fibers, blended with the epoxy resin. The inner shell is multi-density EPS with a removable liner, and the helmet uses a D-ring closure.

All Premier helmets conform to the strict (European) ECE 22-05 standard meaning they’re legal in the EU, some states in Australia and a number of other countries. The Trophy MX is offered in sizes from M through to XL, and it weighs in at 1.29 kgs. 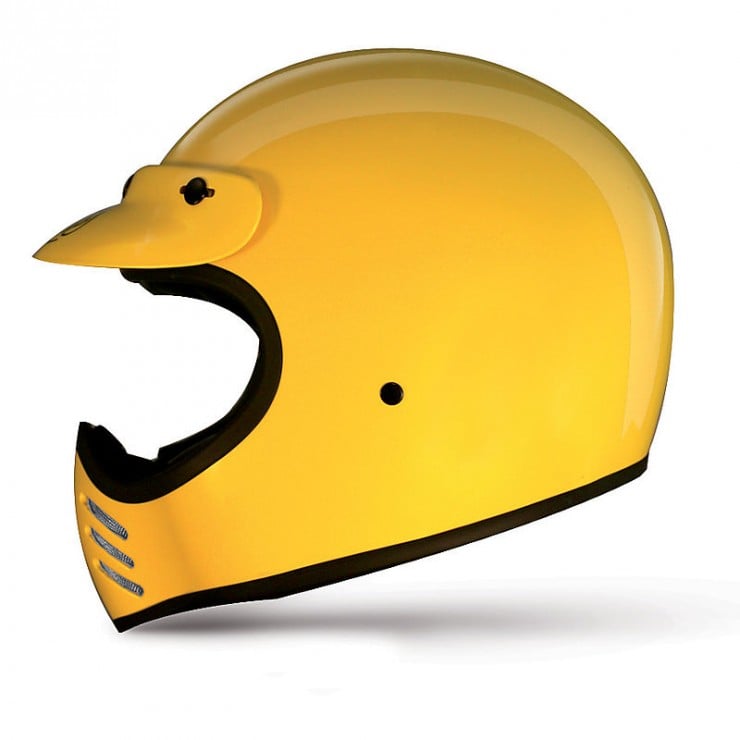 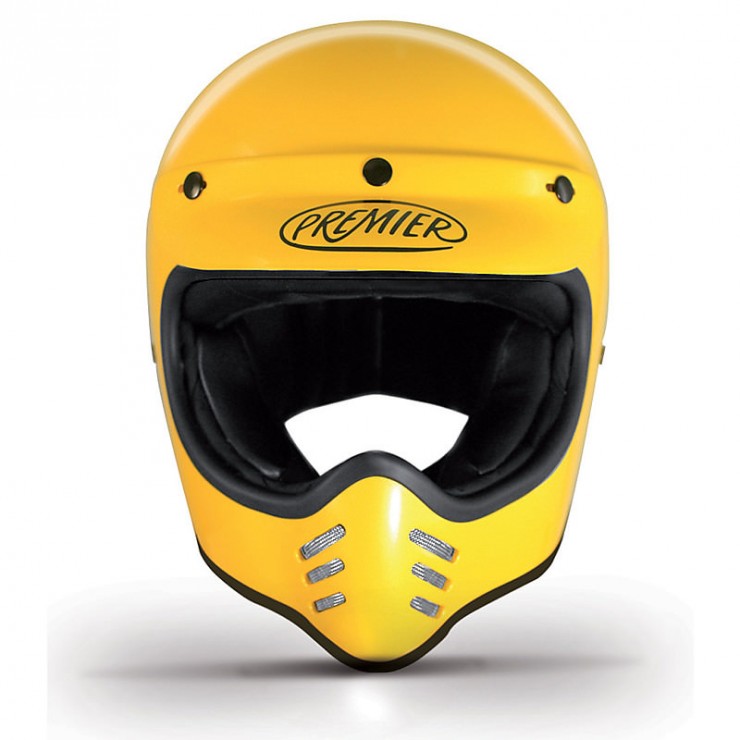 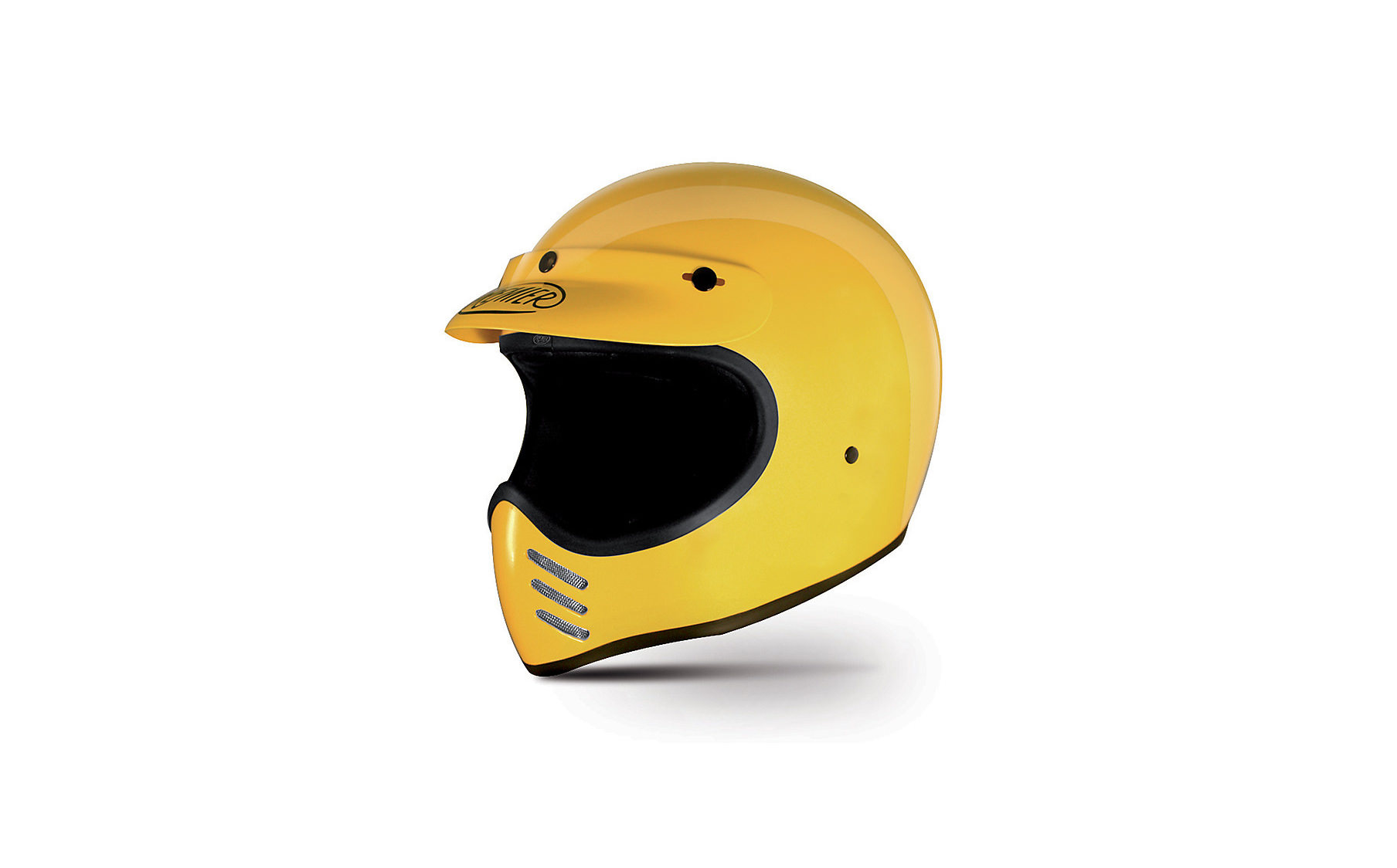