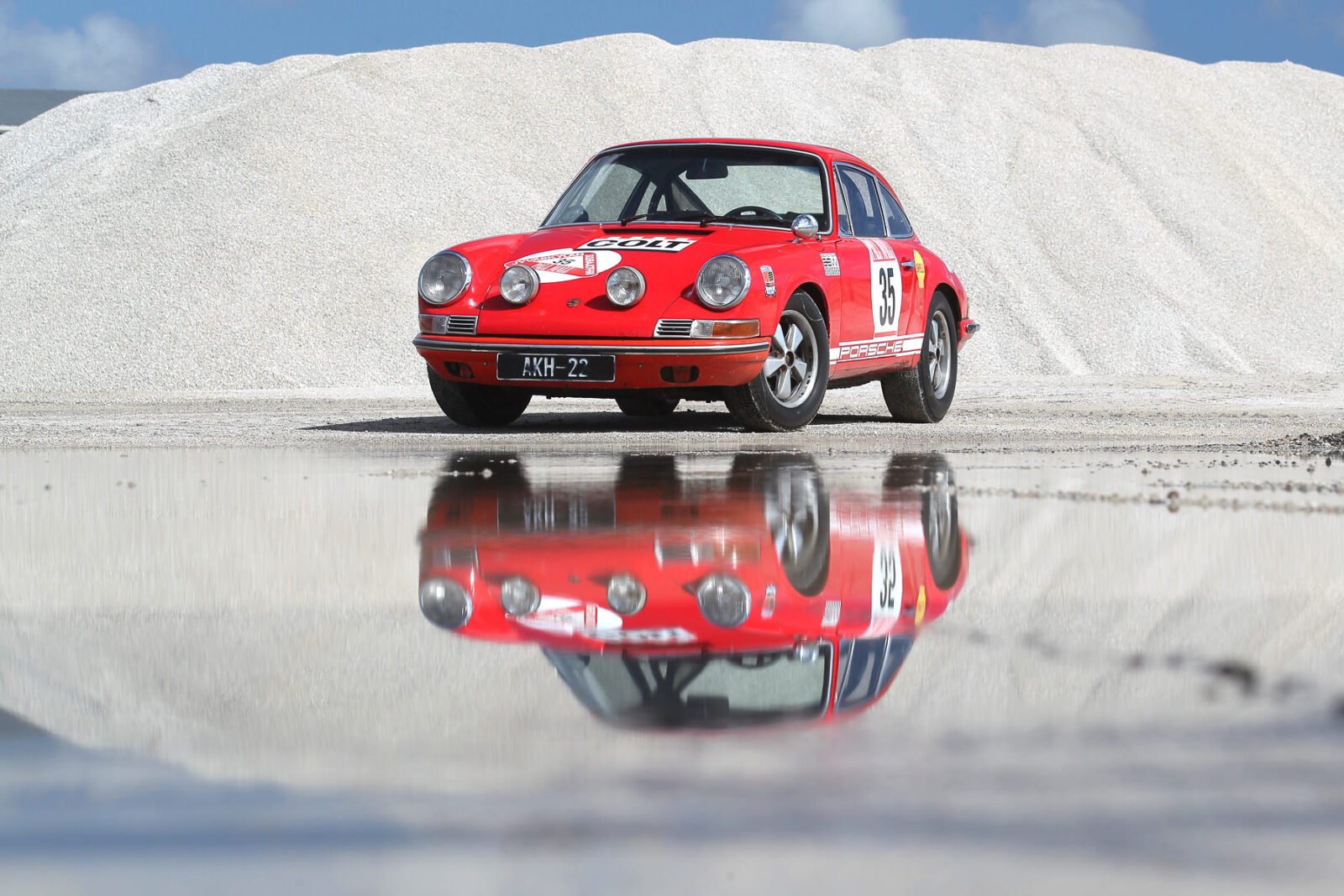 In 1968 Porsche relented to customer demand and produced a limited run of the 911 L with the full 9552 Rally Kit fitted, factory records indicate that 28 were made in total however less than 9 of these original cars are thought to remain.

These factory prepared cars saw significant successes in rally competitions in Europe and around the world, with some of them even making their way into Trans Am and SCCA events in the USA where they were campaigned vigorously against the American sports cars of the era.

The 911 L you see here was recently discovered in storage in Finland, remarkably it’s in original condition throughout and has never seen a restoration or refurbishment – making it highly likely that it’s the most original of the remaining 911 L rally cars.

It was originally delivered to Antti Aarnio-Wihuri, the well-known principal of the AAW Racing Team based in Helsinki. AAW Racing raced the car extensively in the late 1960s and early 1970s, they replaced the original engine with a higher-performing 2.0 litre 911 S engine at some point in the car’s life, most likely to keep it competitive in the fast evolving world of European rally racing.

The current owner has elected to keep the car in “as is” condition, meaning that it still has its original Tangerine 6809 paintwork layered with original sponsorship logos from Shell, Michelin, and Pall Mall. It’s also fitted with its original hood-mounted driving lamps, dash-mounted rally timer, roll cage, racing seats and original its original racing number “35”.

With a 180hp flat-6 coupled to a 5-speed manual transaxle, 4-wheel ventilated disc brakes and 4-wheel independent suspension, this is a vintage 911 that can happily throwdown with many modern sports cars out on the track and probably embarrass them quite handily if driven in anger.

If you’d like to add this car to your collection, you’ll need to attend the Gooding & Co Amelia Island Auction on the 7th of March 2014, its value is difficult to determine due to its rarity and original condition but Gooding is estimating a final hammer price in the $350,000 to $500,000 range. 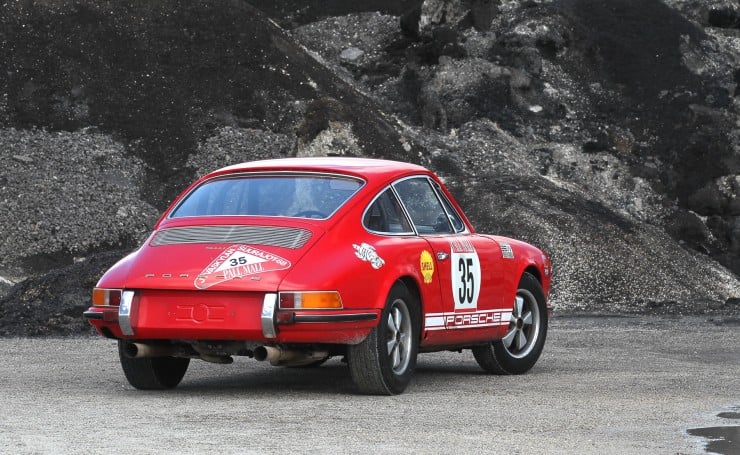 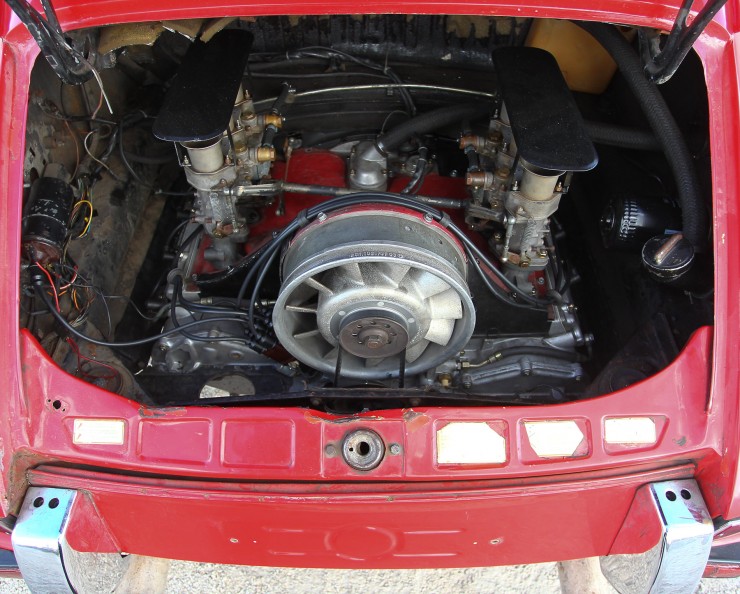 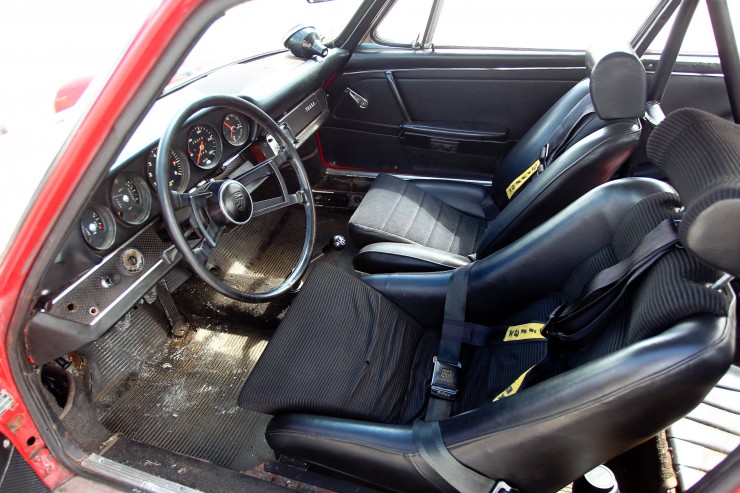 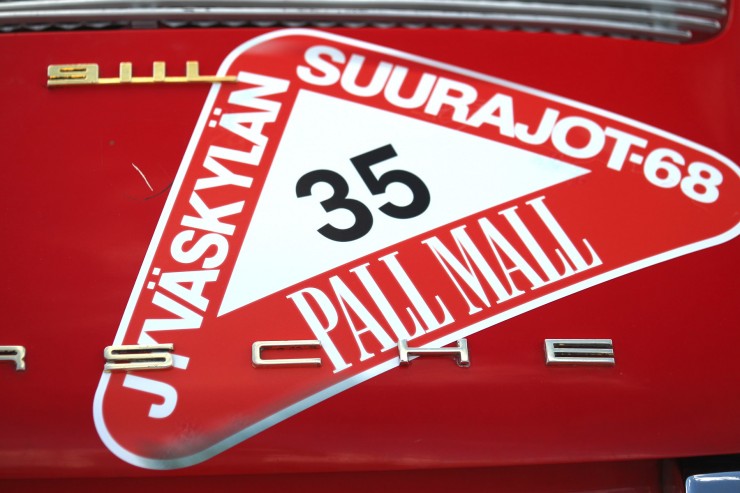 All images copyright and courtesy of Gooding & Company. Photos by Mathieu Heurtault. 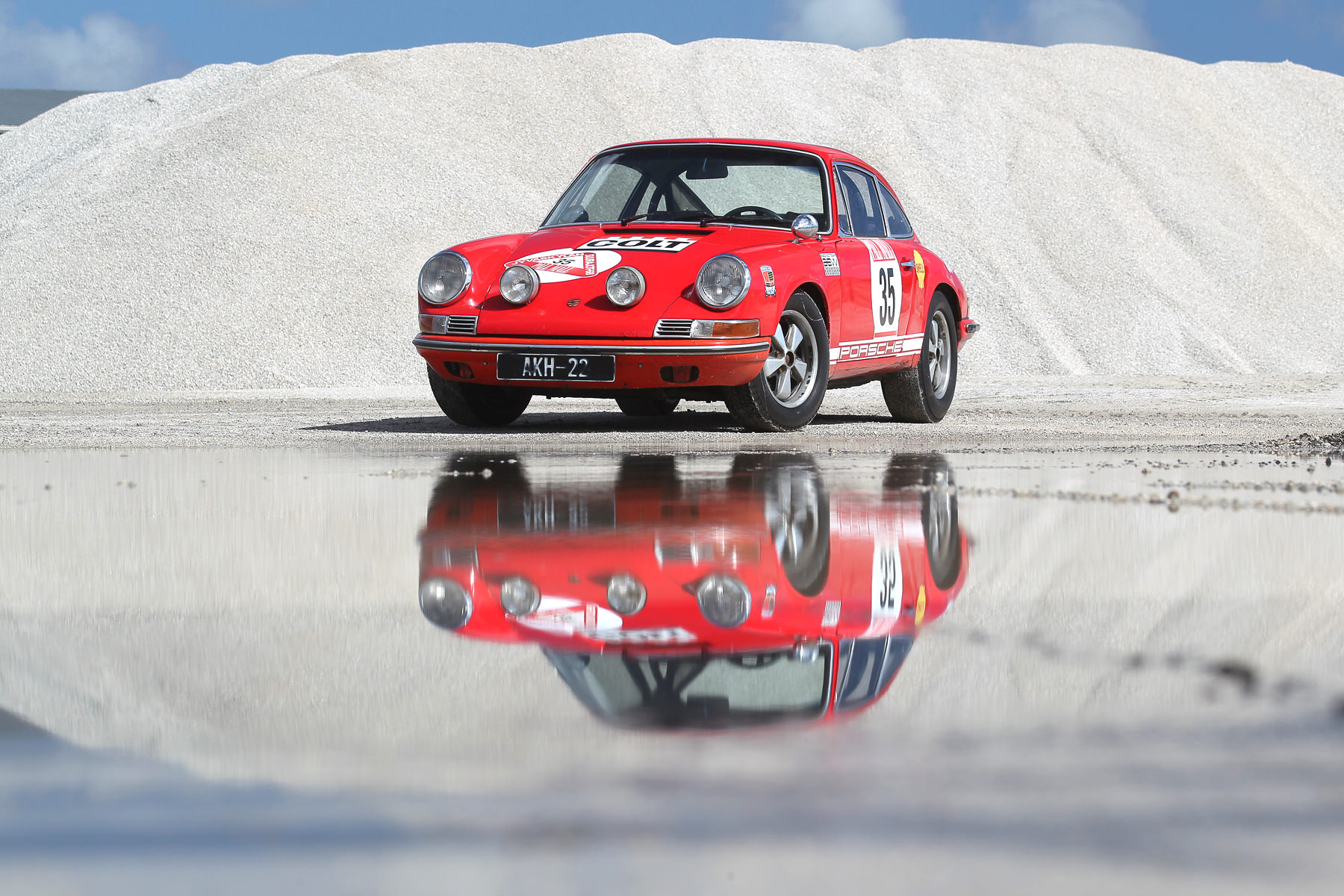