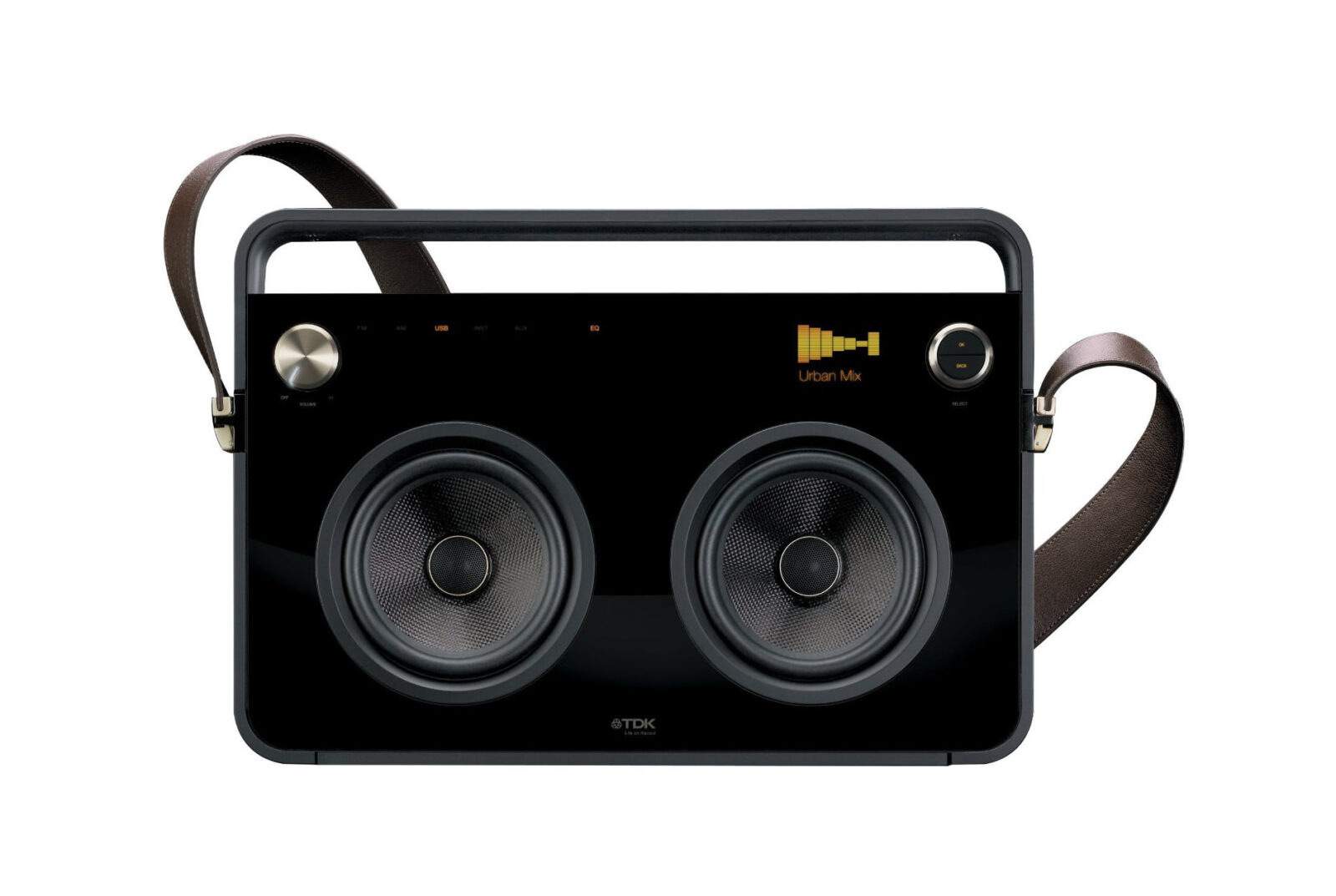 This minimalist boombox by TDK is designed to work with any modern smartphone, allowing you to plug it in and charge it while it plays music. The boombox can either run off mains power or battery power, allowing you to take it with you for days at the beach or weekends away, you can also plug a wide range of musical instruments into it and use it as an amplifier. 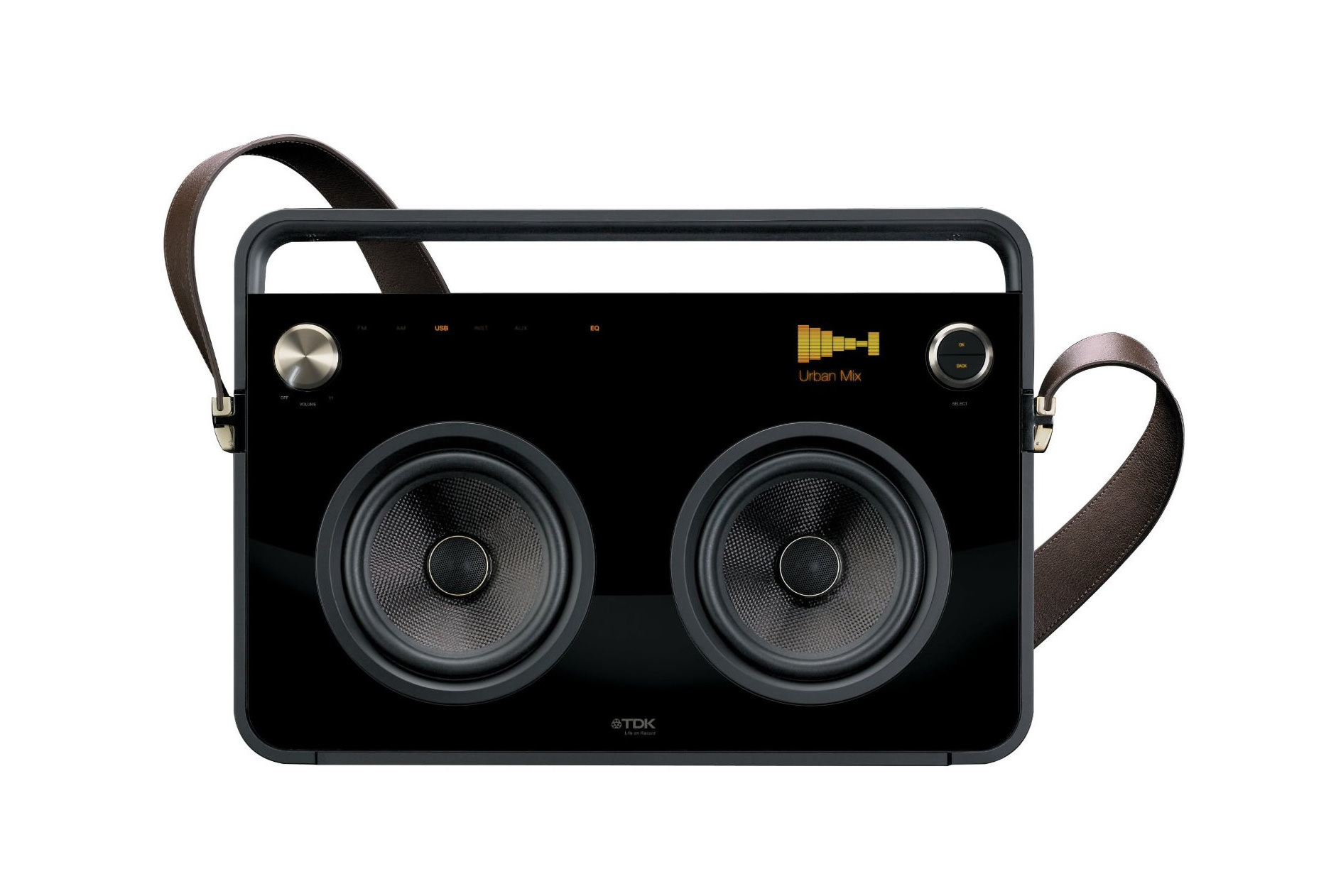