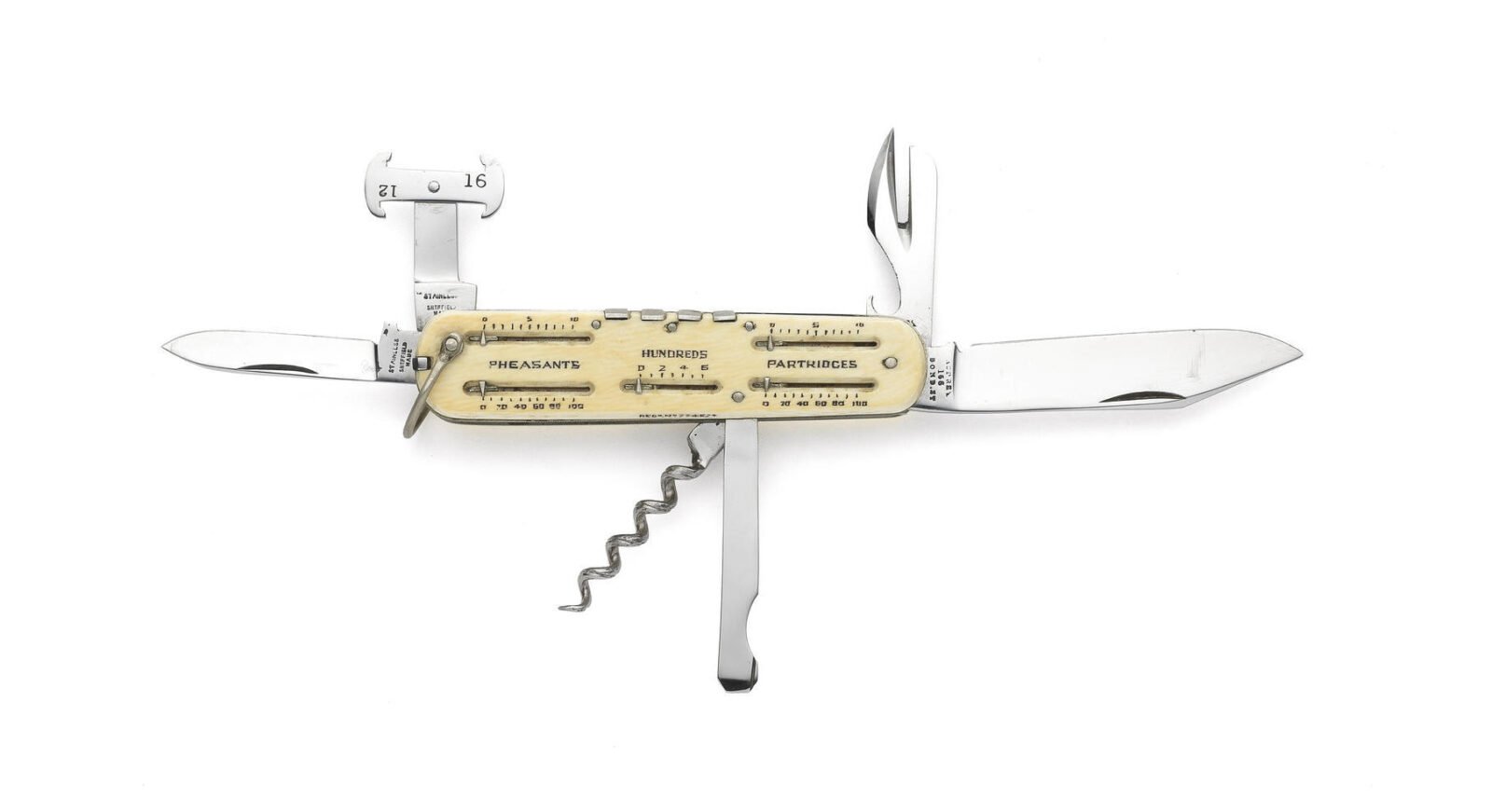 This ivory-handled Asprey pocket knife has a clever game counter and place finder built into its side – to ensure that the country gent can keep tabs on his afternoon’s shooting without losing count.

The knife itself contains one large blade and two smaller blades, a flat-head screwdriver, a wood-saw, a cartridge-extractor for 12 & 16-bore cartridges, a combination hoof-pick and file and a corkscrew.

On the handle, the ivory grip-scales with counters for ‘pheasants’, ‘partridges’, ‘grouse’, ‘various’, and ‘hundreds’ – And it’s all in perfect working order. Now all you need is the Holland & Holland and the English country estate. 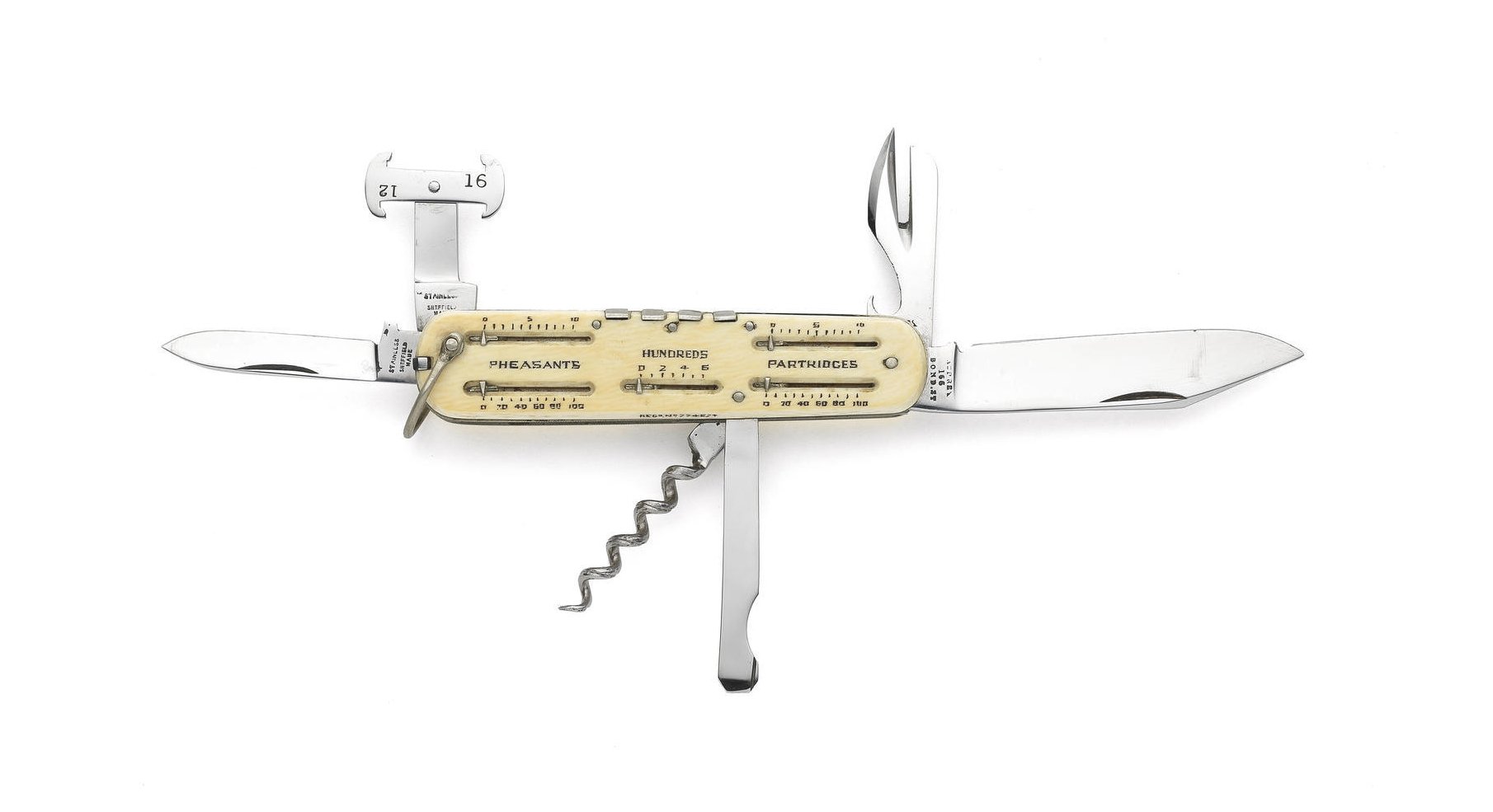