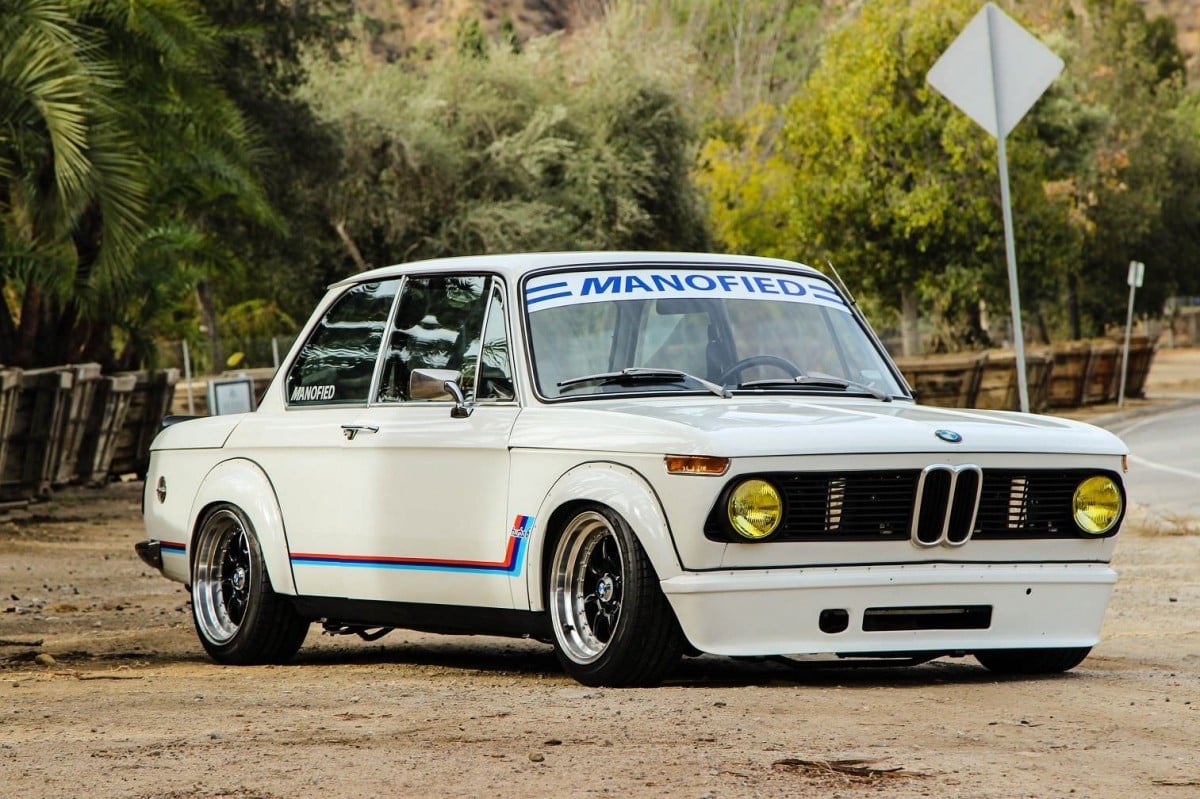 The BMW 2002 Turbo is a wonderful example of what can occur when serendipity happens to a couple of Germans who happen to work at BMW. You see, the BMW 2002 owes its existence to an afternoon in 1967 when Helmut Werner Bönsch (BMW’s director of product planning) and Alex von Falkenhausen (designer of the M10 engine) met in the BMW garage whilst getting their custom BMW 1600-2s serviced.

The two men realised that they’d both independently contracted engineers to install 2 litre engines in their lightweight 1600-2 coupes, creating a peppy little daily driver that they realised might have broader appeal. They joined forces and presented a proposal to the BMW board of directors to manufacture a 2 litre version of the little 1600-2, they received the official stamp of approval and by 1968, the new BMW 2002 was in full production.

The 2002 quickly became a popular race car, it won its class at the 1970 Nurburgring 24-hour and took 1st place in countless rallies, hill-climbs and amateur events. Even today over 40 years later, the little 2002 is still winning vintage races with ease.

By 1971 BMW decided to give the little car-that-could a new lease on life with a KKK turbocharger – increasing power from 100/120hp to 170hp, the only downside was that they introduced it just before the Oil Crisis which resulted in lower demand, so they only made 1,672 Turbos in total.

The 1974 BMW 2002 Turbo you see here has been fully reworked by Manofied Racing, possibly making it the quickest 2002 in the world. The full list of specifications is impressive, and a little frightening, it also happens to be for sale with a Buy It Now price of $42,500 USD. 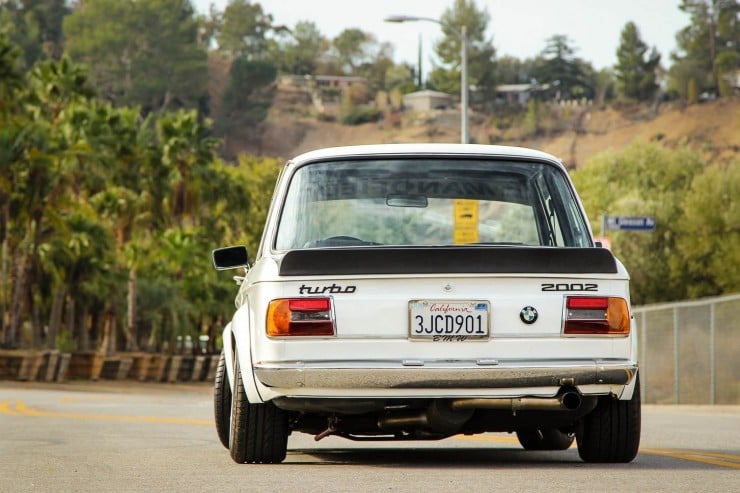 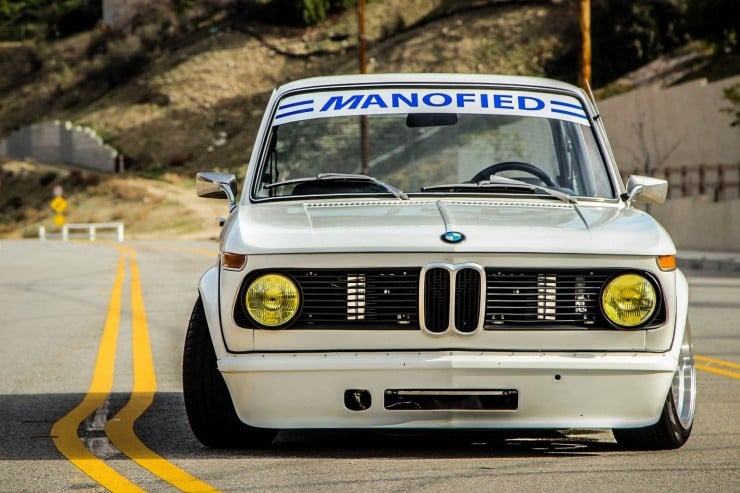 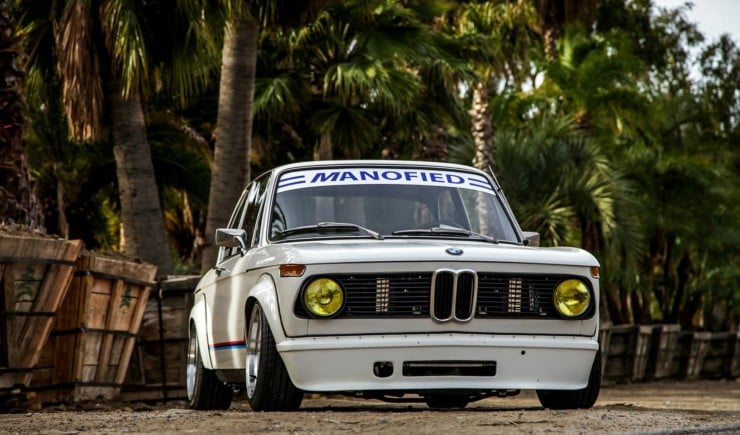 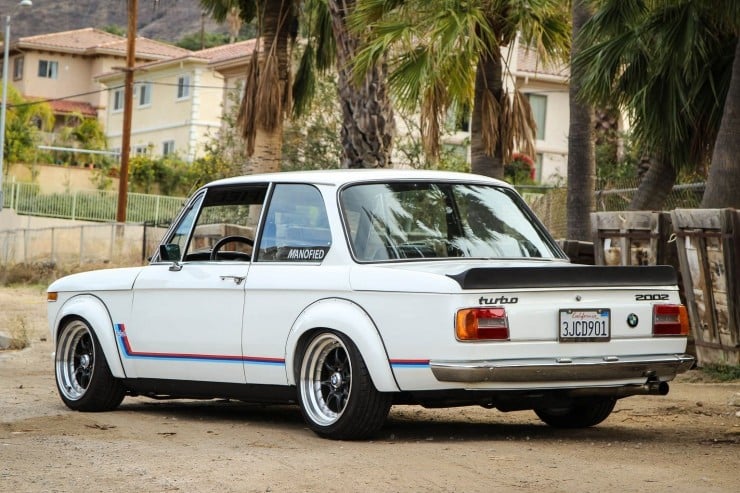 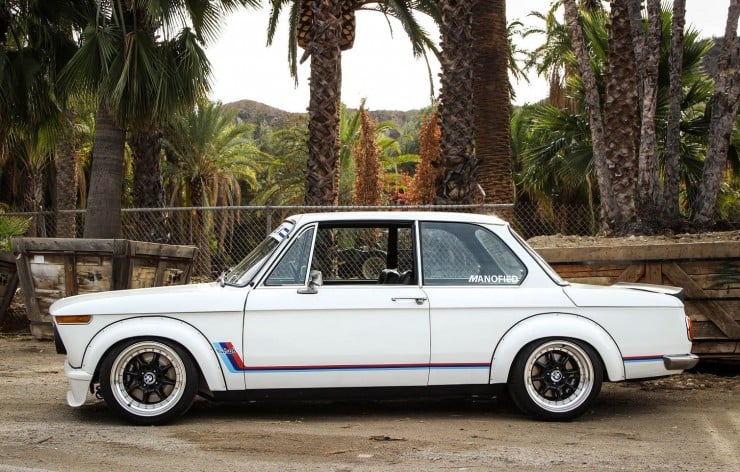 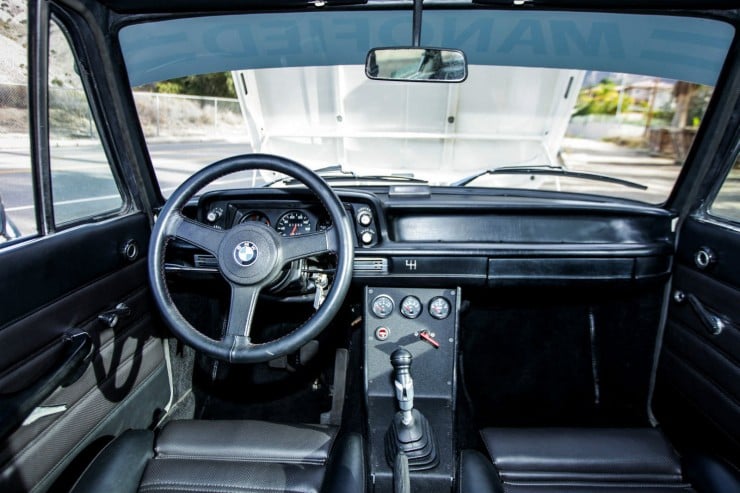 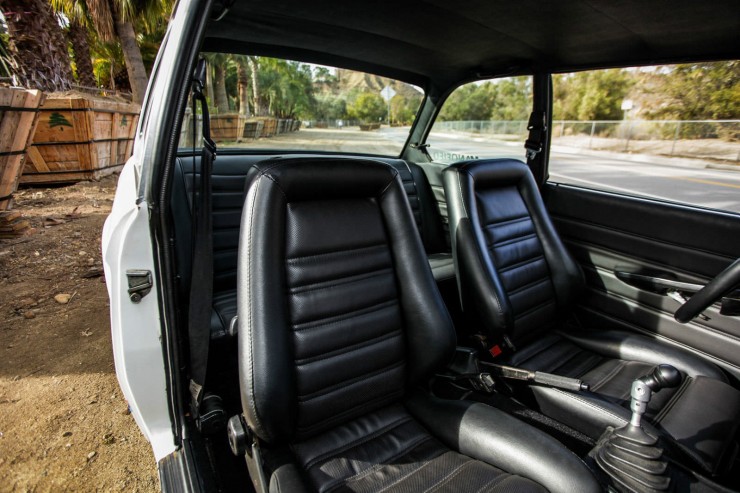 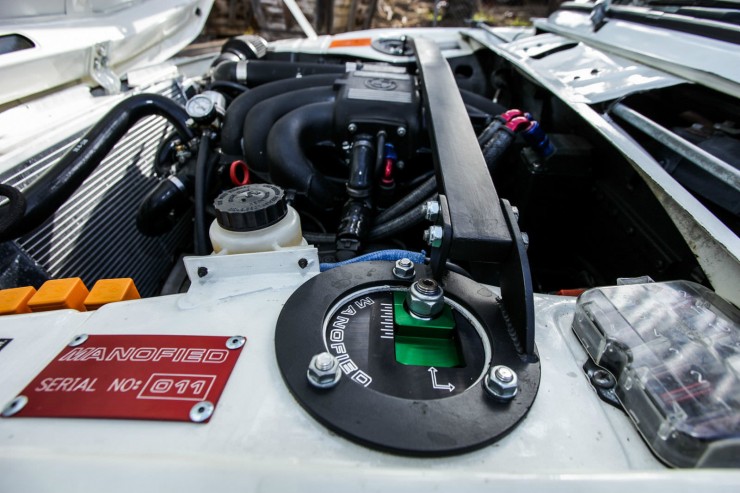 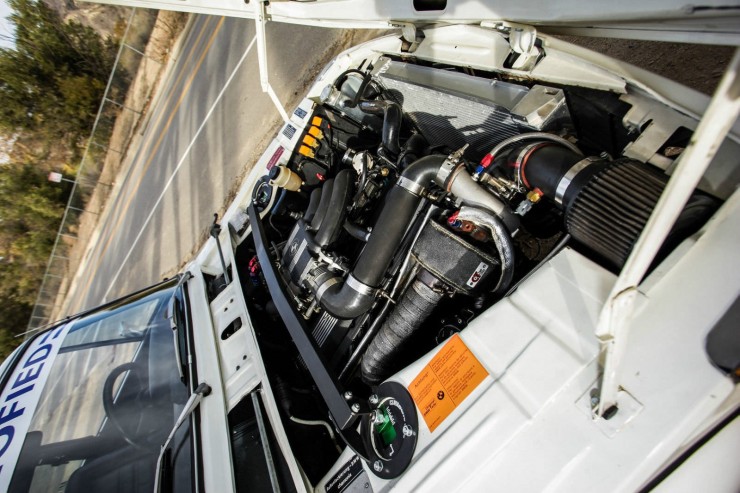 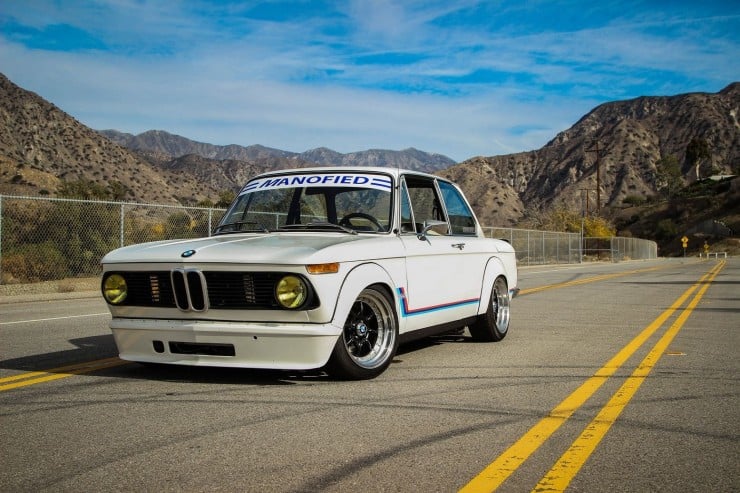 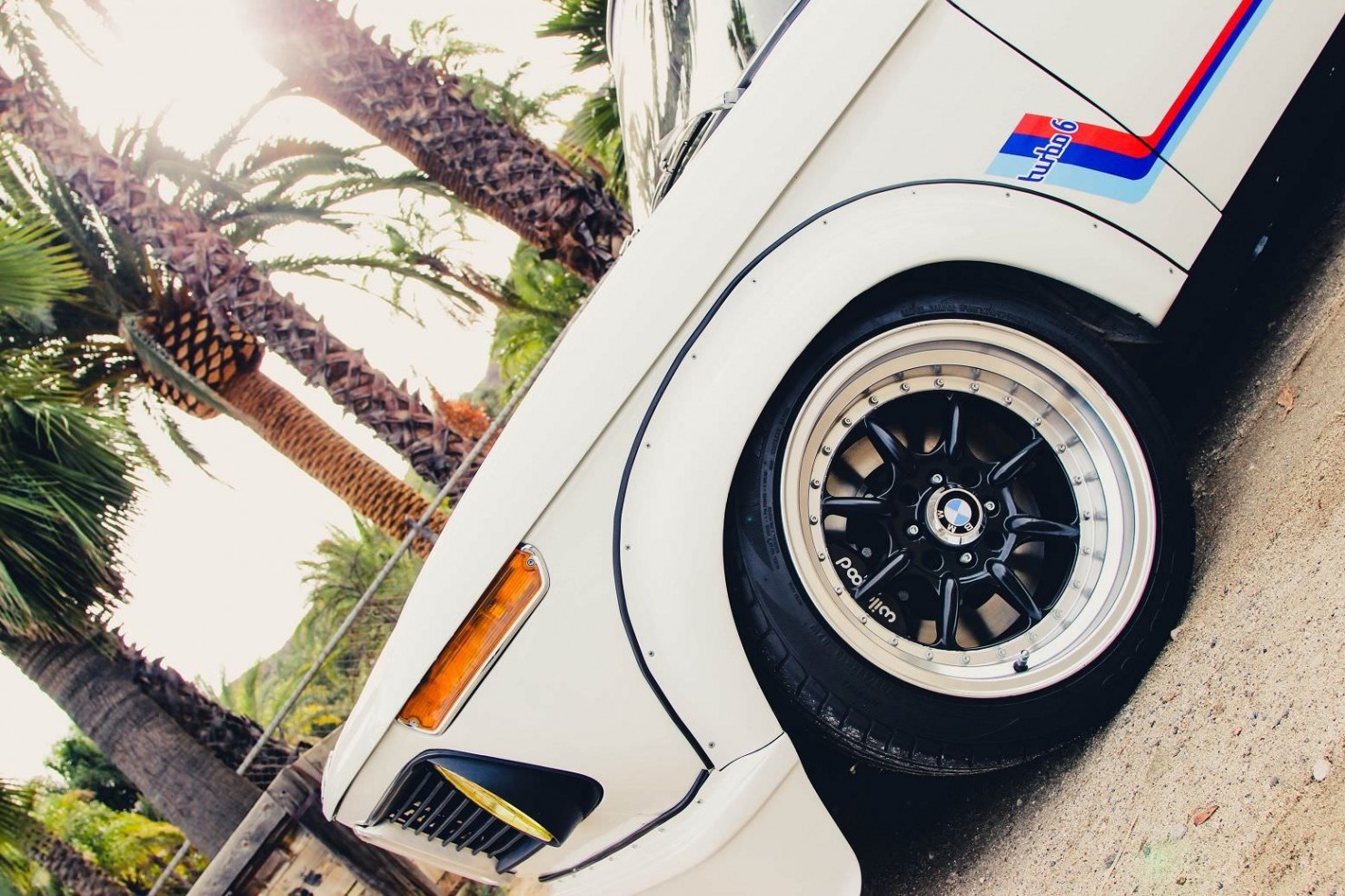 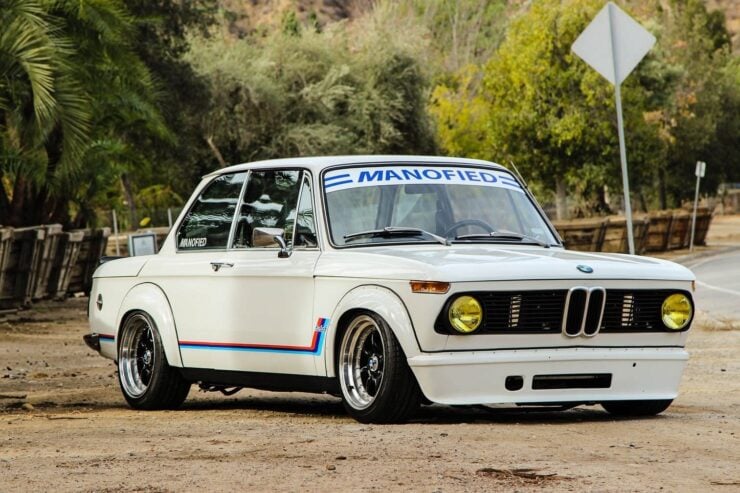 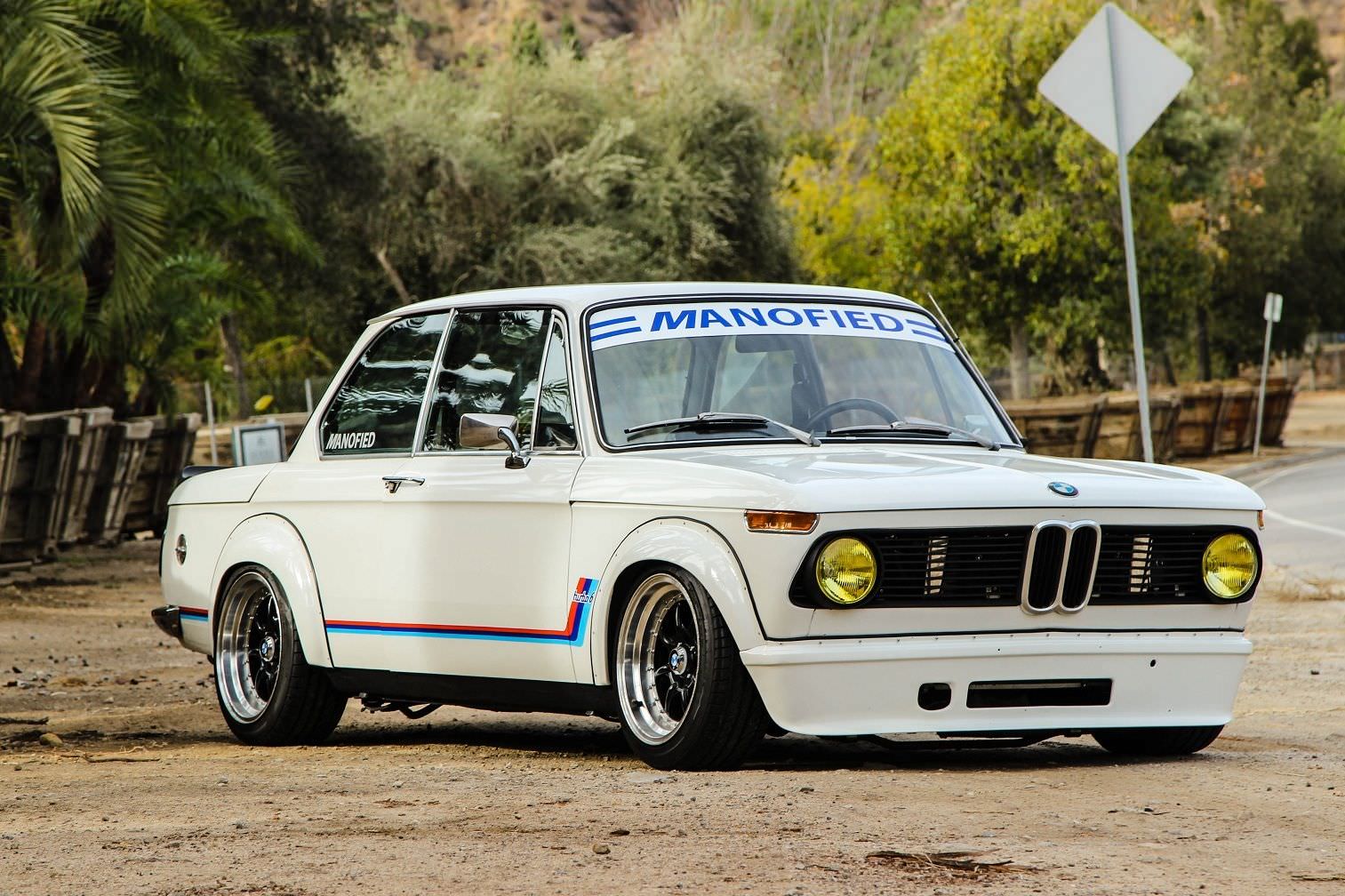