When it comes to vessels for drinking beer, this hammered pewter tankard is just about as classy as you’re ever likely to get. Men and women have been imbibing the amber nectar from pewter tankards for over 400 years, over the past few decades they stopped using lead in the smelting process – resulting in tankards that won’t give you a side order of peripheral neuropathy and encephalopathy when you take a swig of ale.

Each of these tankards is handmade in England and measures 5″ high with a 1 pint capacity, the pewter used in non-tarnishing and it’s polished to a mirror finish. 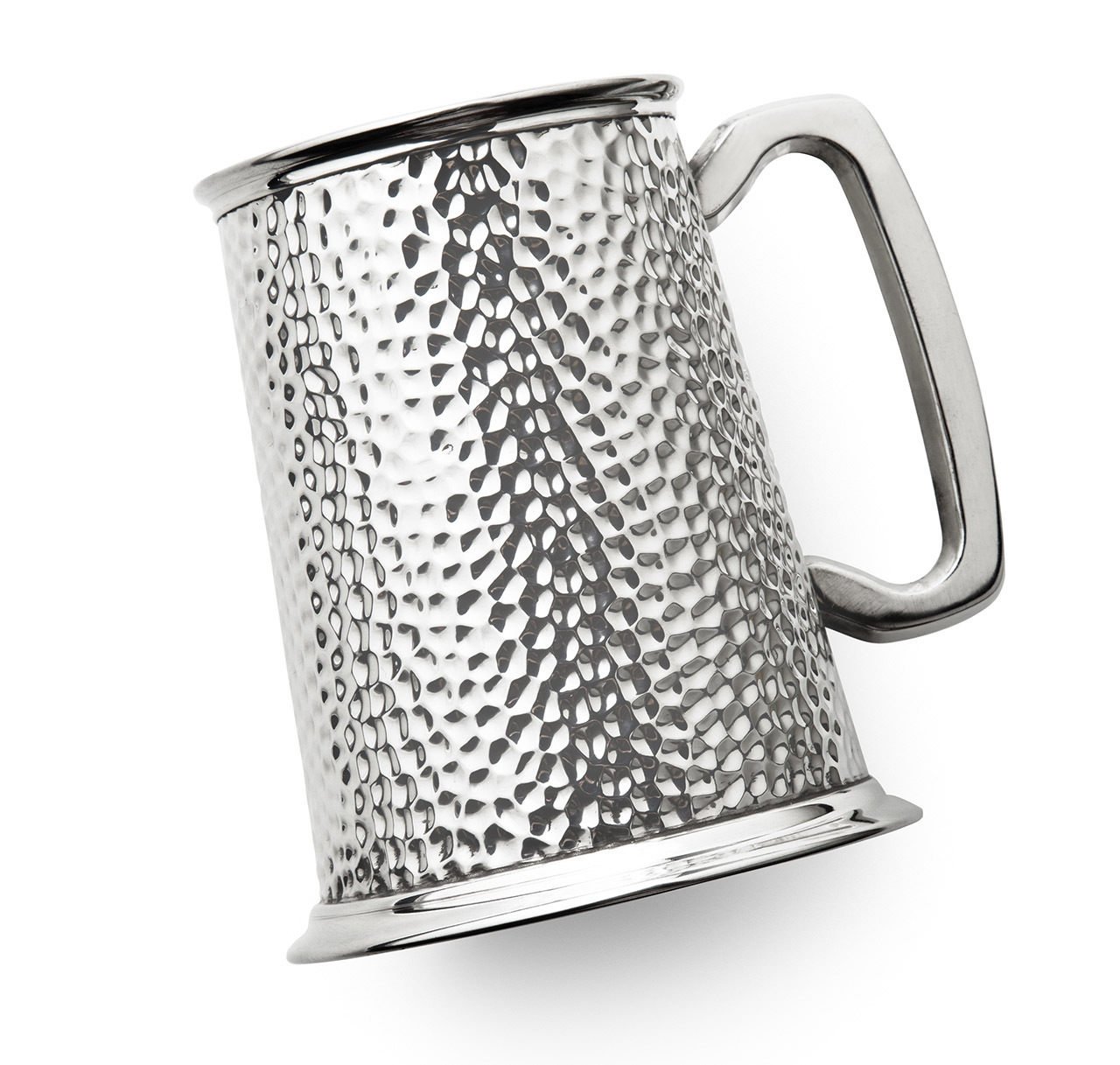