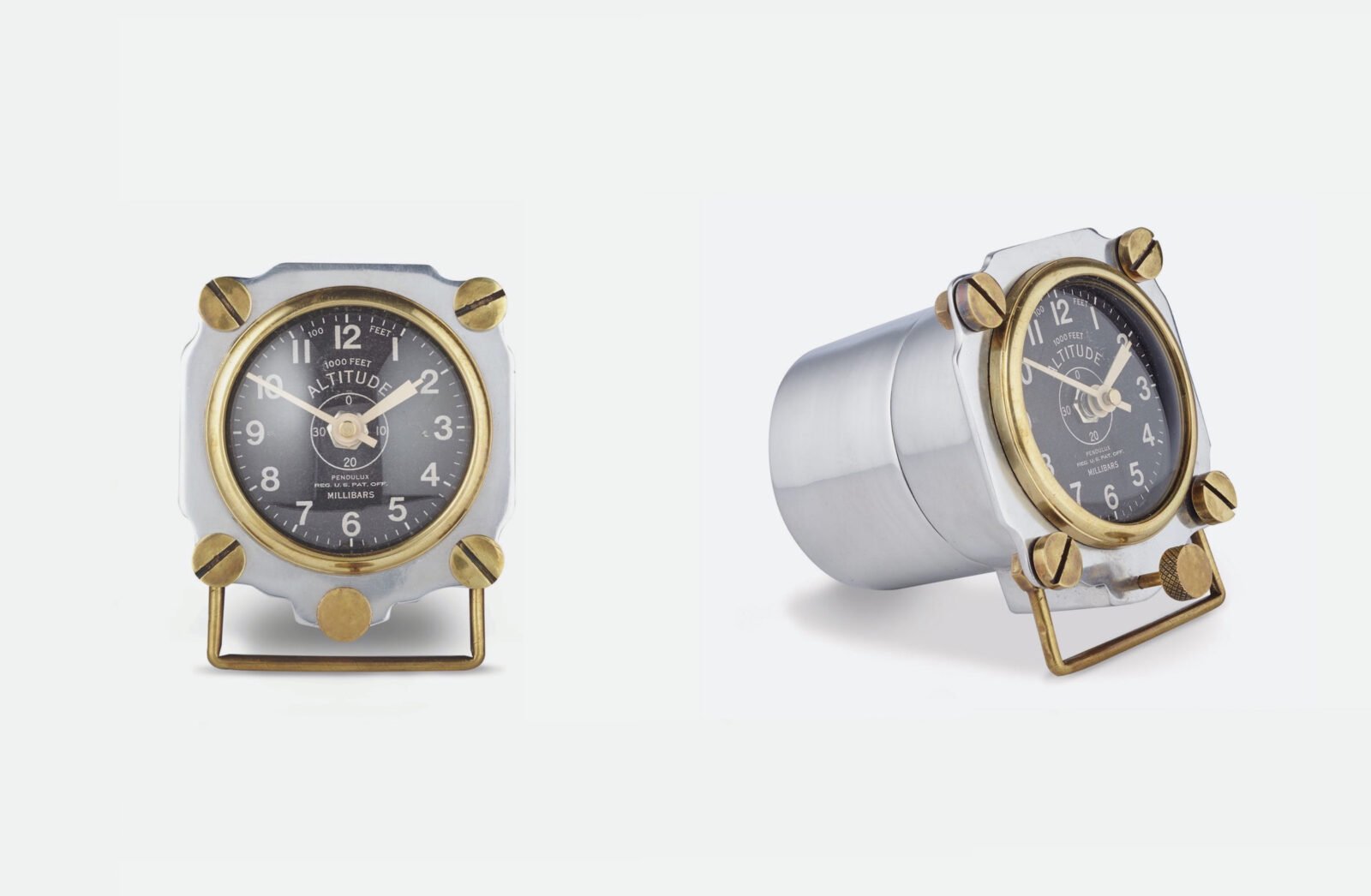 The Pendulux Altimeter Table Clock looks like it was pulled from the cockpit of a military surplus B-17 bomber in the years after WW2, but in reality it’s a brand new clock made from cast aluminium alloy, brass, and glass.

With a hefty weight of 1.6 lbs, the Pendulux clock isn’t a lightweight. The team behind its design have sworn off the use of plastic, resulting in a line of handmade products that have the solid look and feel of the equipment used by our grandparents.

Each of these desktop clocks is designed to look like an altimeter from a mid-20th century aircraft, with an aluminum body, a brass stand, and brass fixings. The clock displays a standard 12 hour face with a minute and an hour hand.

The clock measures in at 5″ high x 4″ wide x 6.5″ deep, with an aforementioned weight of 1.6 lbs or .72 kilograms. Pendulux is an American company based in California that specialises in handmade pieces that evoke the styling of decades gone by, creating products that are designed to last for decades rather than months or years.

These typically cost $99 USD apiece from Pendulux, however Huckberry have a deal on them at the moment offering a 15% discount, with a price tag of $84.98 USD. 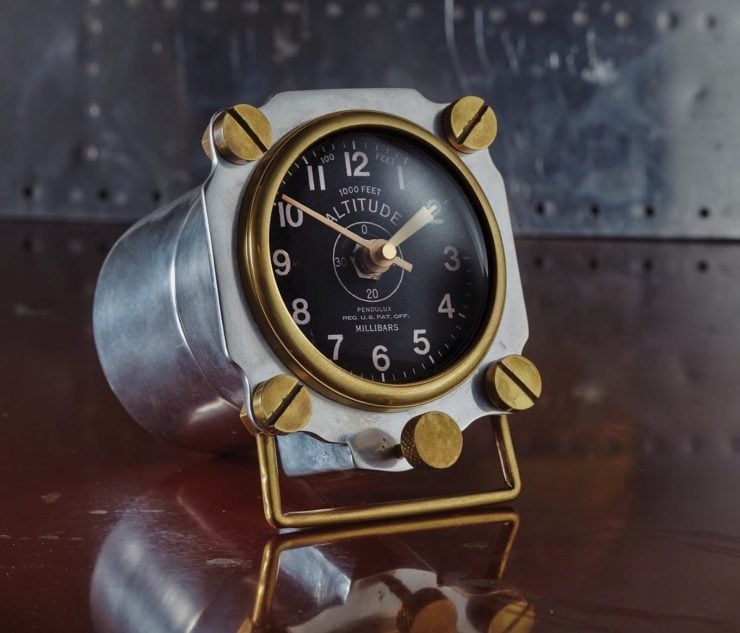 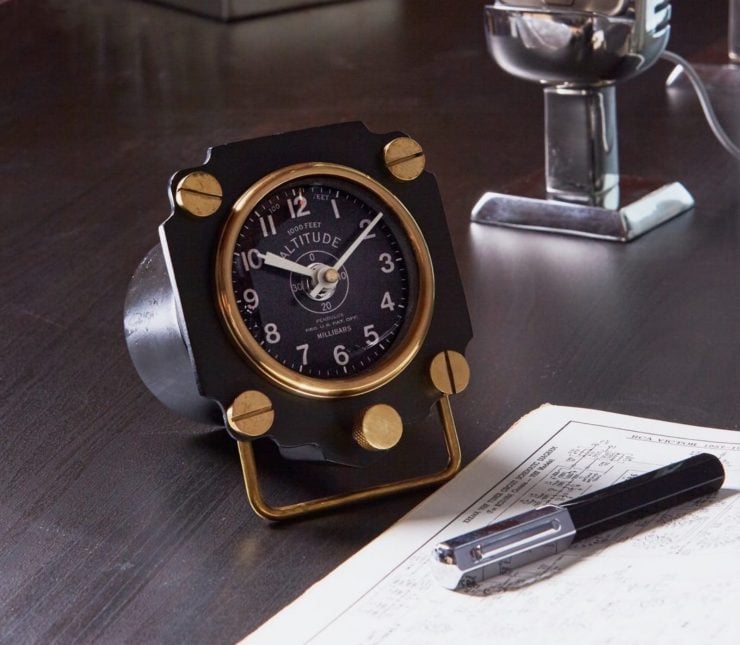 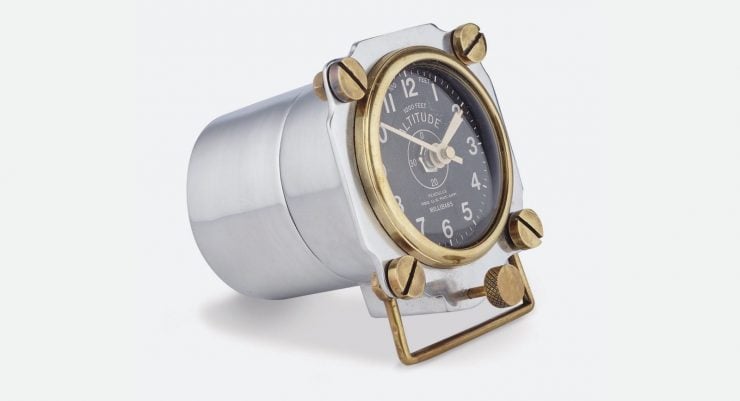 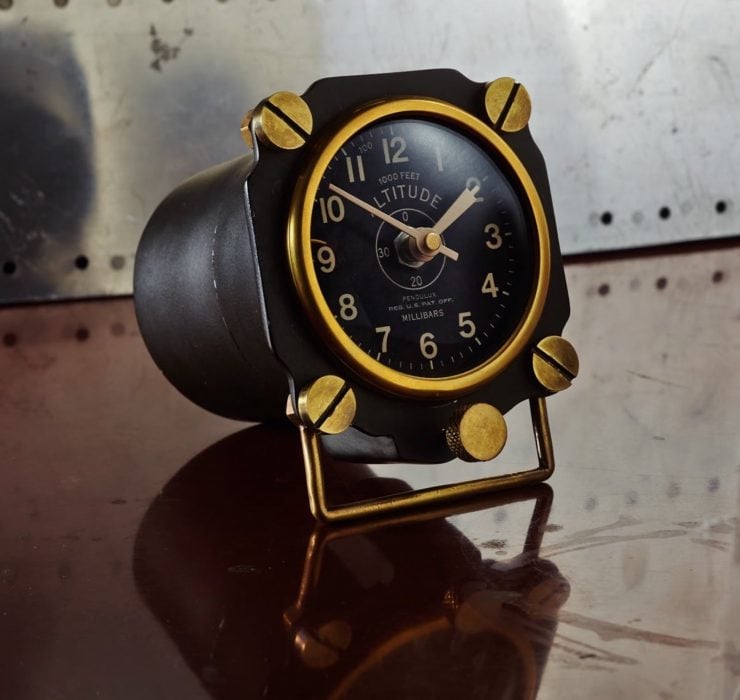