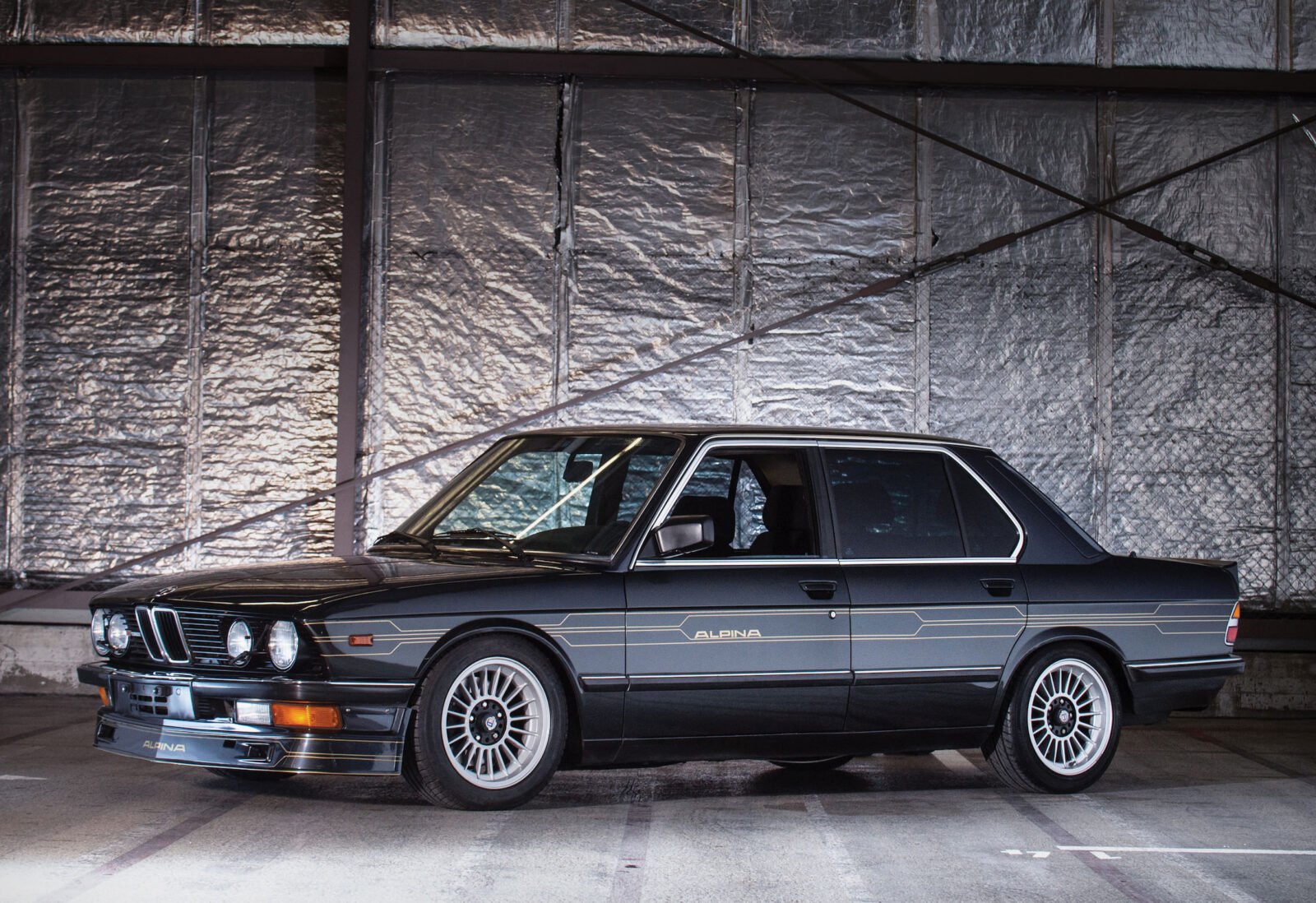 The BMW Alpina B7 Turbo/1 was the fastest four-door saloon car in the world from 1984 to 1987, largely thanks to its heavily modified engine and its KKK turbocharger, pushing horsepower to over 320 bhp and delivering a hefty 383 ft lbs of torque.

At the start of the 1960s Alpina was known as a manufacturer of typewriters, but by the end of the decade the company would be known for their runaway motorsport success, including winning the European Touring Car Championship, the Spa 24 Hour, the German Hillclimb Championship, and a slew of race track and rally wins.

Alpina’s foray into the world of performance car tuning began with a Weber dual carburettor conversion for the BMW 1500. The motoring media loved the kit and the way it transformed the car, BMW sales boss Paul G. Hahnemann was such a huge fan he gave the kit BMW certification – meaning converted cars still had their full factory guarantee. 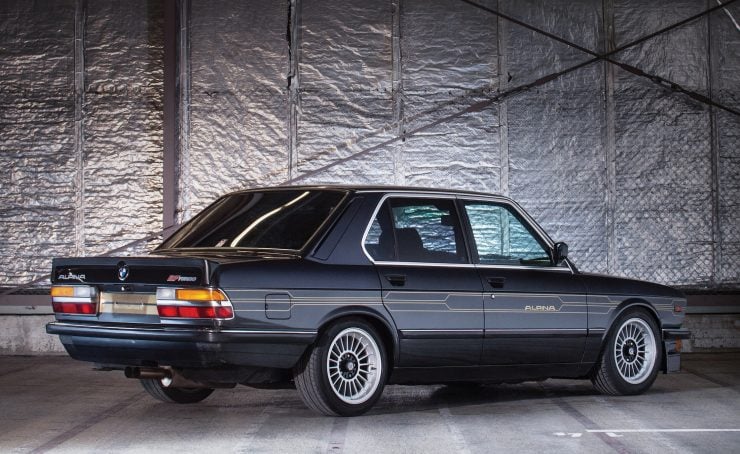 Over the years that followed Alpina went from making performance parts to building high-performance versions of BMW cars. The company is now regarded an automaker in their own right, and each Alpina car has an Alpina VIN plate.

Original Alpinas, particularly vintage examples, are highly sought after by enthusiasts and collectors.

This 320 bhp engine is bolted to a 5-speed Getrag gearbox and it rides on Alpina-Bilstein suspension with progressive springs and gas-pressure dampers, there are Girling disc brakes on each corner with ventilated rotors at the front, and 16 inch Alpina alloy wheels with 205/55 tires up front and 225/50 tires in the rear. 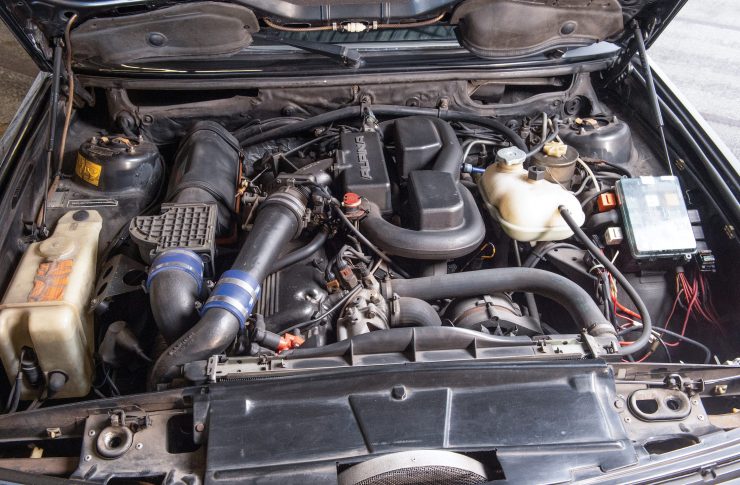 Inside the car you’ll find a nicely appointed Alpina interior, with Recaro seats covered with Alpina upholstery, a leather Alpina steering wheel, an Alpina gear knob, and upgraded instruments. Externally, the car has a deep front spoiler to counteract lift, a subtle rear spoiler, and the aforementioned Alpina wheels.

Over the course of the four year production run 278 cars were sold, it’s not known how many have survived to the modern day but survivors typically change hands for ~$100,000+ USD apiece.

The car you see here is a 1986 BMW Alpina B7 Turbo / 1, not much is known about its early life, but we do know that it spent some time in Japan before being bought by a Swiss owner in 2017. It is 196 of the 278 cars that were built, and it retains its original interior, body kit, wheels, and drivetrain.

It’s due to be auctioned by RM Sotheby’s in mid-April with an estimated hammer price of €75,000 – €100,000. If you’d like to read more about it or register to bid you can click here to visit the listing. 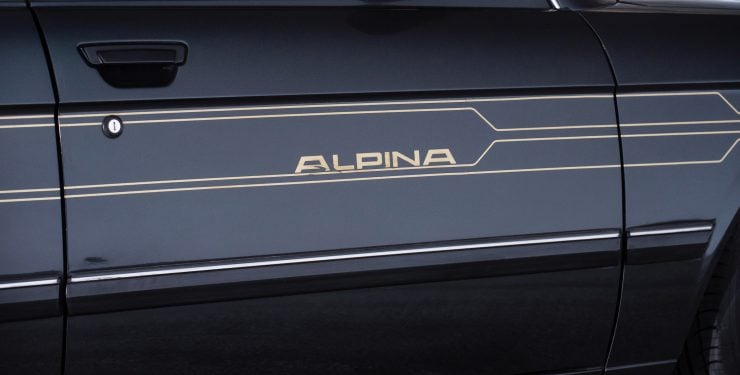 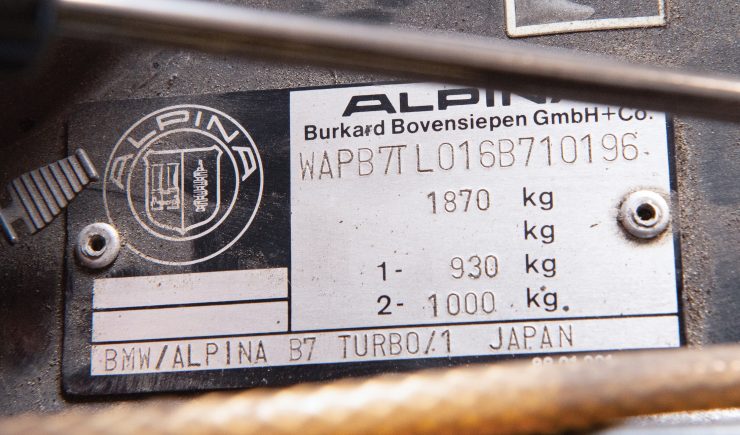