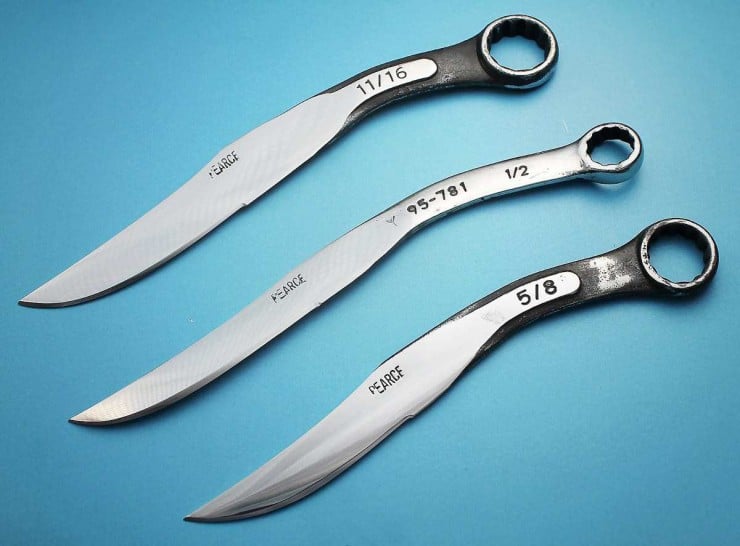 Logan Pearce is a third generation knifemaker following in the footsteps of both his father and grandfather, Perry Pearce.

The family is famous for their railroad spike knives, each hand-forged in a coal fired blacksmithery, Logan has found a new muse in stainless steel wrenches and now individually hammers them out in his De Queen, Arkansas based workshop. 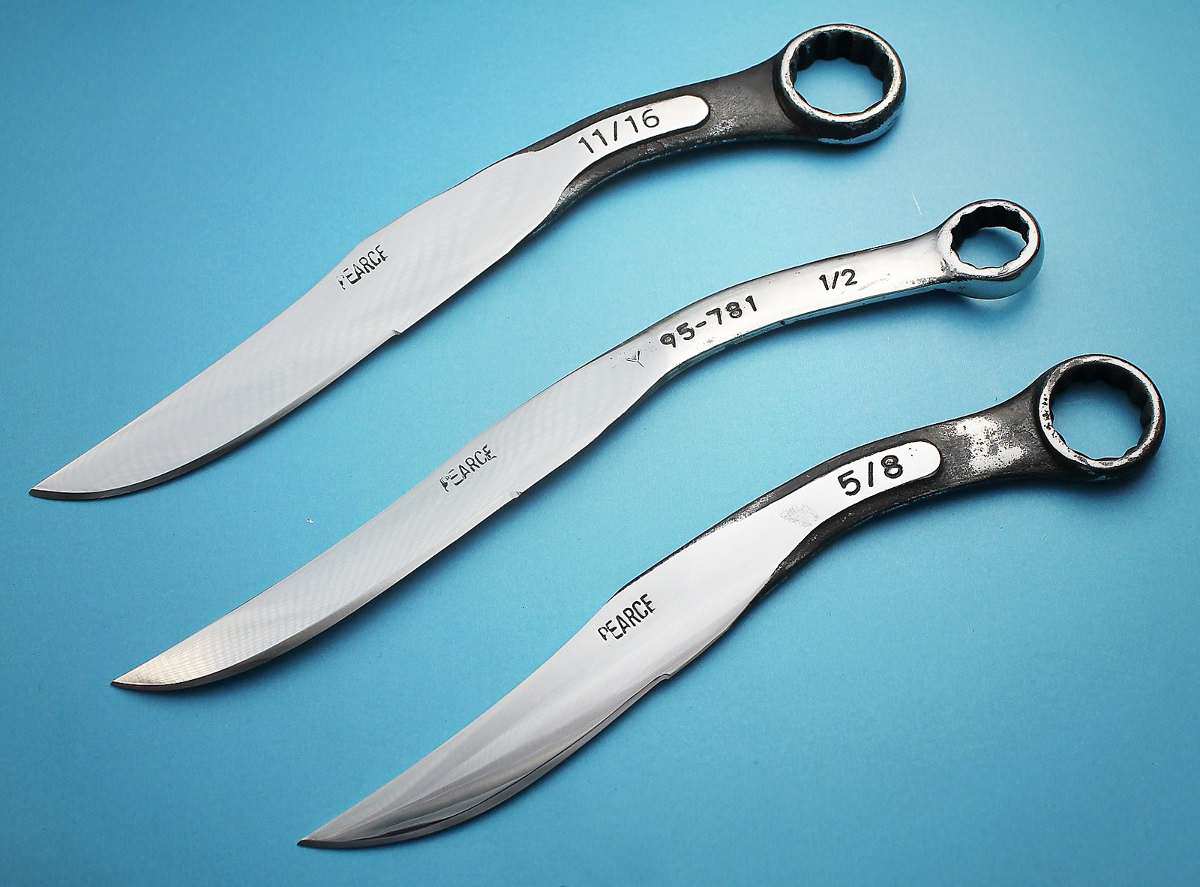