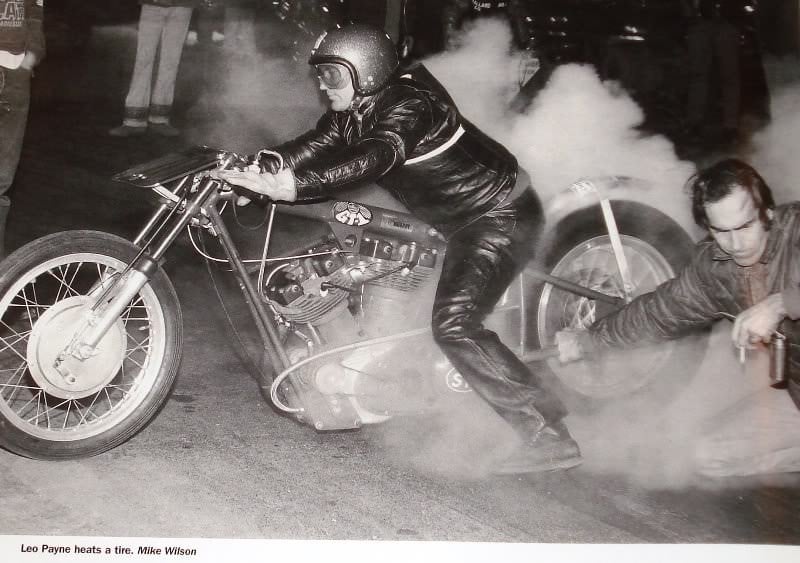 The look of pure nonchalance on the faces of Leo Payne and his frame-holding friend in this photograph still makes me smile. Leo was a well-known drag racer from the ’50s right through to the ’70s, he’s known for his technical expertise at developing nitro-methane racing carburettors and for being the first man to break the 200mph barrier on a non-streamlined motorcycle.

Read more about Leo here, via the AMA Motorcycle Hall of Fame.

Facebook Twitter WhatsApp Email This is the Biltwell EXFIL-0 Tool Roll, it was developed for use by motorcyclists but it’s also well-suited to automotive…

Facebook Twitter WhatsApp Email It’s not everyday you get the chance to buy an unridden CZ “Coffin Tank” 400cc motocross racer, particularly not one…