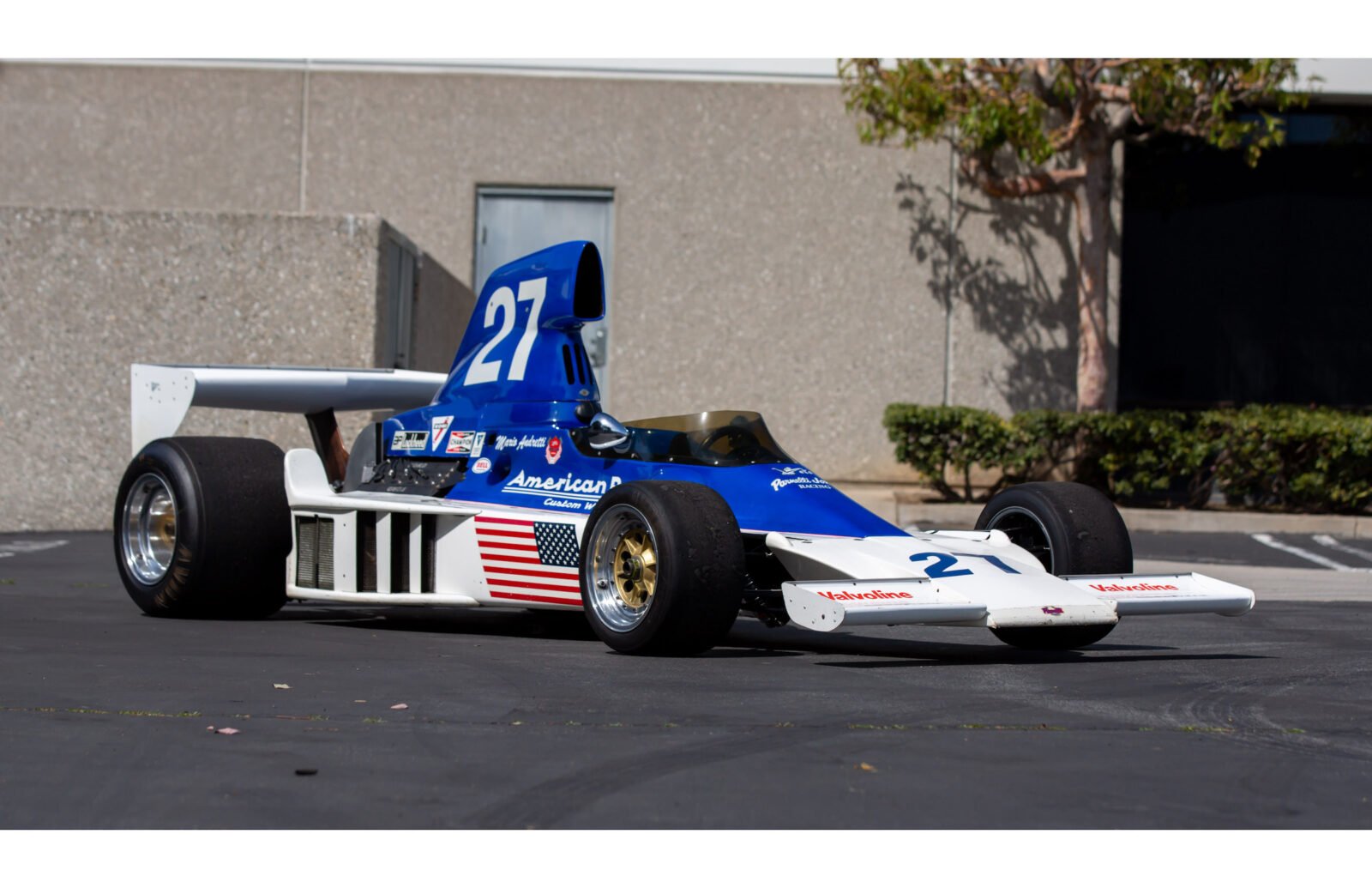 This is one of just three American-built Formula 1 car developed by the Vel’s Parnelli Jones Racing team in the mid-1970s and driven by Mario Andretti throughout the 1974, 1975, and 1976 seasons.

Considering the team’s newcomer status to F1, the world’s premier motor racing class, the Parnelli team did remarkably well – scoring 4th and 5th place finishes in 1975, taking a 3rd place finish at the International Trophy Race (non-points) race at Silverstone in England in 1975, and even leading the Spanish Grand Prix in 1975 after taking the lead from James Hunt after he crashed out.

The Parnelli VPJ-4 was developed by former Lotus F1 designer Maurice Philippe, and the car is clearly influenced by Philippe’s Lotus 72 design – a car that would win the Formula 1 Constructors’ Championship three times, the Drivers’ Championship two times, and take a total of 20 race wins with 39 podium places.

The team was built on a dream team combination – Maurice Philippe was a proven car designer and Mario Andretti was one of the most talented American racing drivers of his generation – having already won a Formula 1 race for Ferrari in 1971.

Much like the Lotus 72, the Parnelli VPJ-4 utilized a wedge shaped monocoque with a chisel nose, it also had its radiators at the back of the sidepods. The car was fitted with the 480 hp Cosworth DFV Formula 1 engine, now remembered as the single most successful F1 engine in history. The car also had torsion bar suspension, inboard brakes front and back, and a 5-speed Hewland gearbox. 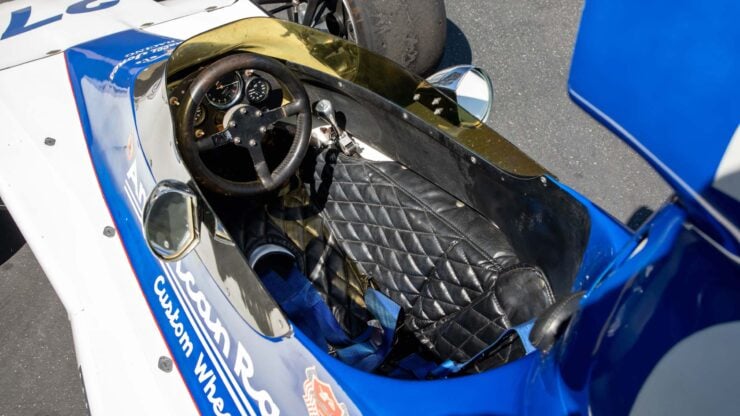 Above Image: The cockpit of the car is equipped to keep racing, with a harness, right-side shifter and a prominent tachometer in the centre of the dash.

When originally developing the VPJ-4 F1 car the team planned to use Firestone tires, the American tire maker was also going to be their key sponsor. Shortly before they started racing in 1974 Firestone pulled the plug on the project, cutting off both a critical source of sponsorship funds and rubber.

The car was modified to use Goodyear tires and enough funding was secured to go racing in late 1974, Andretti started out with a promising 7th place finish from of a field of 30 cars. The biggest challenge faced by Vel’s Parnelli Jones Racing was the lack of funds and the lack of development time, resulting in reliability issues that snatched away a number of high place finishes for the team.

Failures of parts like suspension and transmission components cost the team dearly needed points and with no new source of funding the decision was made to leave Formula 1 and focus on racing in the United States where the team already had a slew of successes.

After the team was shuttered Andretti joined the Lotus Formula One Team, he immediately started claiming race wins in 1977 and took the World Drivers’ Championship title in 1978. To date, Andretti remains the only driver in the world to win the Indianapolis 500 (1969), the Daytona 500 (1967), and the Formula One World Championship (1978).

Car designer Maurice Philippe would go on to work for the Tyrrell team and team boss Parnelli Jones would go down in history as one of the greatest American drivers and team bosses in history.

Above Video: See some footage of Andretti in the Parnelli VPJ-4 at the 1975 Spanish Grand Prix.

The car you see here is the second of the three that were built, it was personally driven by Mario Andretti and it’s likely the most historically significant of the three as it was in this car that Andretti led 10 laps at the Montjuic Park Circuit at the Spanish Grand Prix in 1975.

It was also in this car that he took that 3rd place at the International Trophy Race non-points race at Silverstone, as well as a 4th Place at the Anderstorp Scandanavia Raceway in the Swedish Grand Prix in 1975.

The car is now coming up for sale, it’s accompanied by spare VPJ-4 Formula 1 racing wheels, tires, and additional parts. Due to the popularity of the Cosworth DFV V8 engine and the Hewland gearbox sourcing parts shouldn’t prove difficult at all.

If you’d like to read more about this car or register to bid you can click here to visit the listing on Mecum. It’s due to cross the auction block in mid-May. 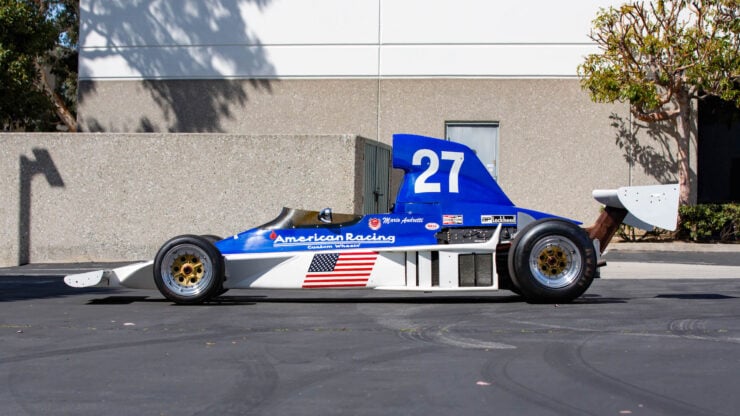 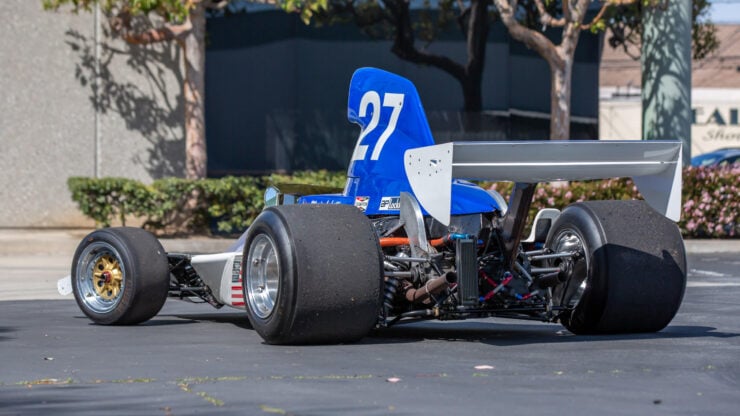 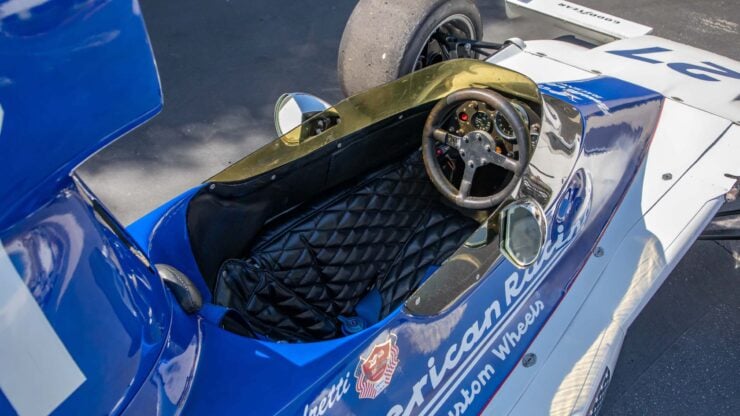 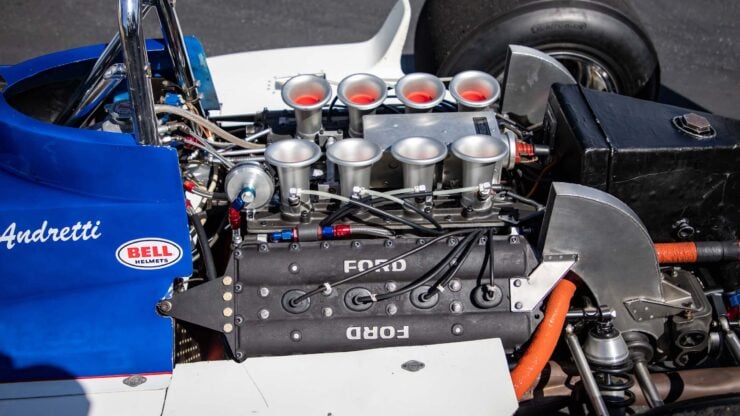 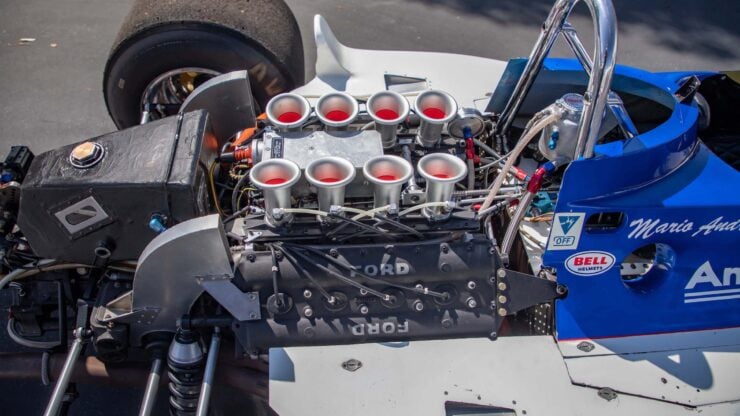 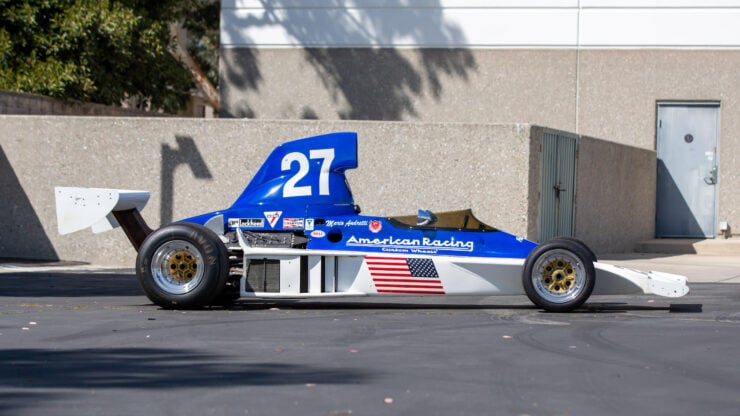 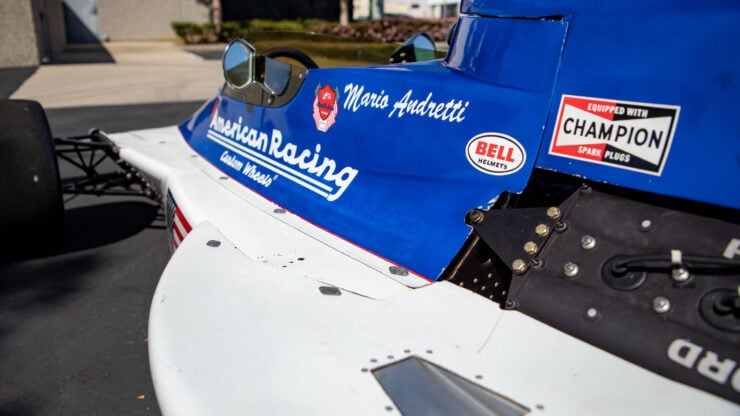 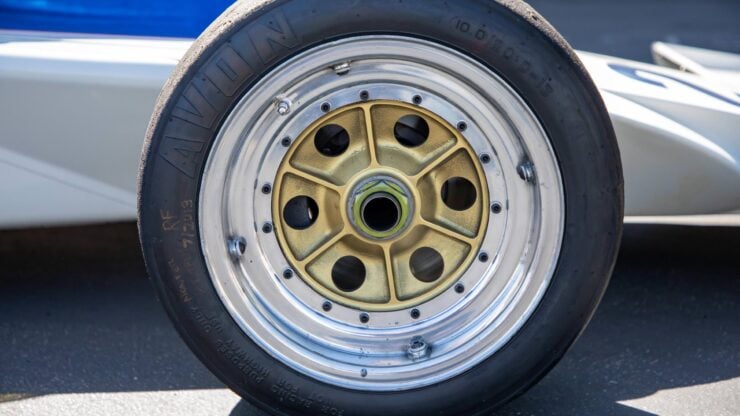 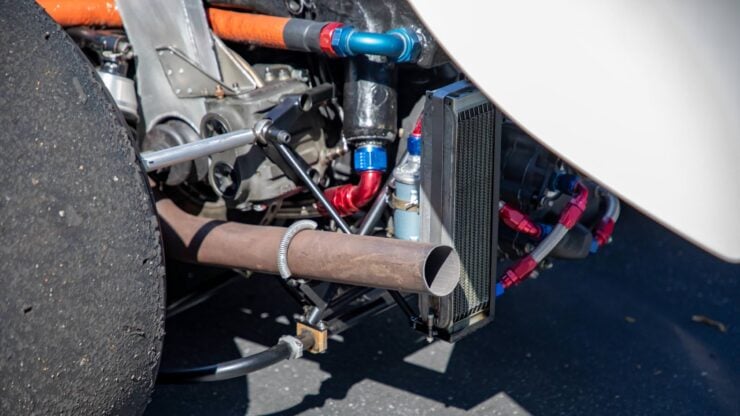 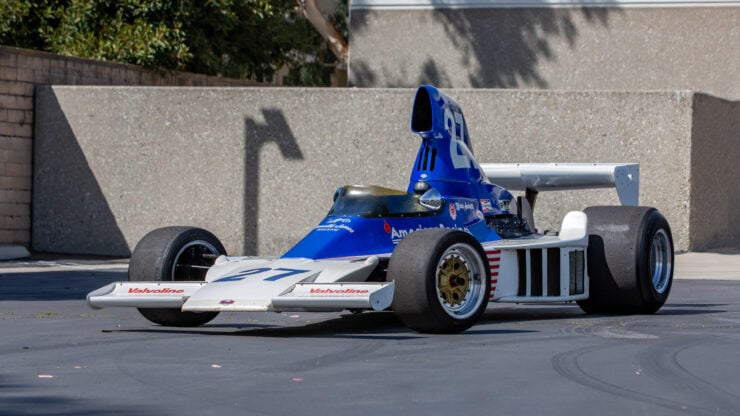