Long before the era of emissions restrictions automobile manufacturers in the United States and Europe produced countless straight-8, V12, and V16 automobile engines designed for luxurious grand tourers owned by people who could afford to buy gasoline by the tanker.

During WW2 Packard was entrusted with the job of building the American version of the mighty British Rolls-Royce Merlin V12 aero engine, known as the Packard V-1650 Merlin. This would be the engine that powered the North American P-51 Mustang, the Curtiss P-40F/L Kittyhawk, the North American F-82 Twin Mustang, and a number of other essential aircraft in use by the Allies.

In the post war years this gave Packard owners a little spring in their step, knowing that their daily driver was powered by an engine built by the same folks who made the engine used in the legendary P-51 Mustang. 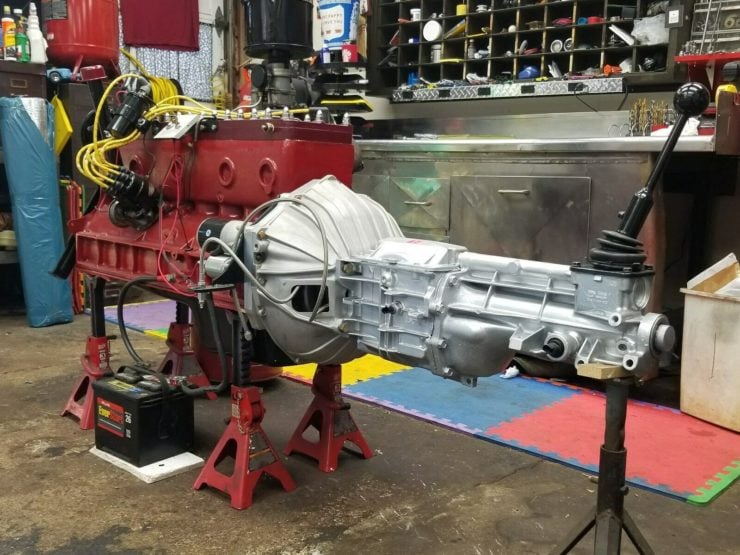 Although we don’t generally consider the Packard Straight 8 motor to be a racing engine there have been versions built for higher performance that make use of hot cams, higher compression pistons, porting and polishing, valve jobs, and custom intake and exhaust manifolds.

The engine you see here has already been rebuilt, it was intended for a vintage race car project that has since been cancelled, so it’s now being offered for sale.

It has been completely rebuilt including the carburettors and distributor, and it has just an hour of running time since. It has a new flywheel and pilot bearing and it’s fitted with a bell housing, adapter plate and high torque starter motor from Speed Gems. This has allowed the engine to be fitted with a Borg Warner T5 manual transmission, a significant upgrade over the 3-speed automatic it would have had from the factory.

As an engine and transmission package this represents a unique opportunity as most of the hard work is done already, the only difficulty would be finding an engine bay that can accomodate it, and then getting to work on the install.

The engine is listed with a Buy It Now price of $6,000 USD and the seller who is based in Rochester, New York has said they’ll assist with local pick up. 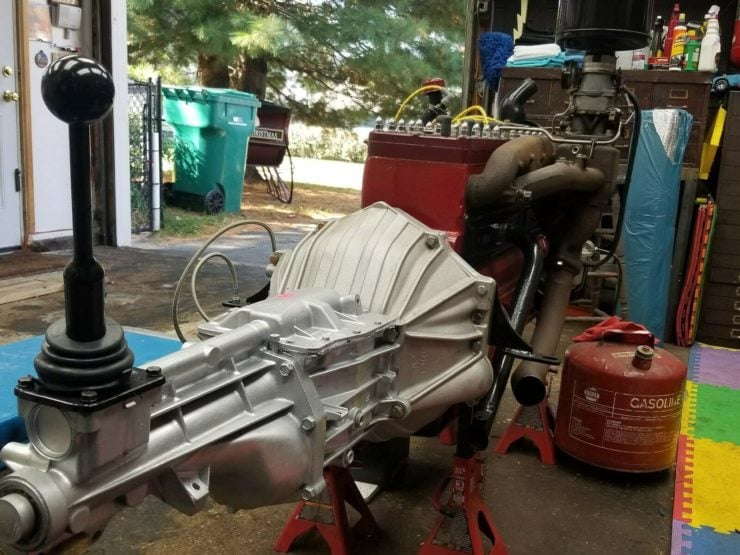 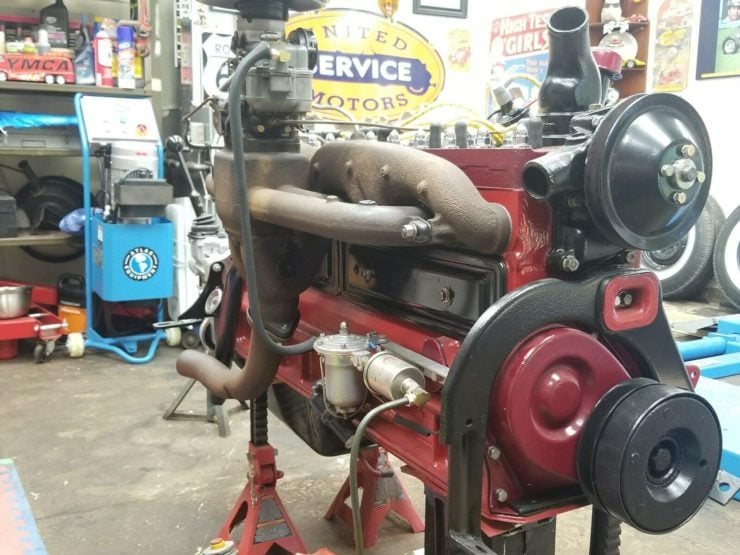 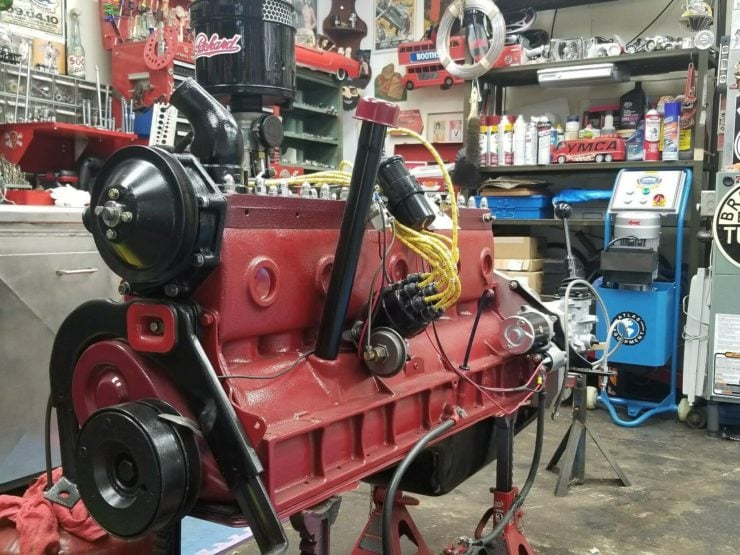