In 1977 when the Panther 6 was unveiled to the general public for the first time at London’s 1977 Motorfair show at Earls Court it caused a global sensation. It had been developed by the small British automaker Panther in total secrecy and it quickly became the most talked about car in the world for a few weeks after the show.

This vintage footage from British television shows the car in some detail and it includes a conversation with Robert Jankel, founder of Panther Cars and the designer of the Panther 6.

The Tyrrell P34, a legendary six-wheeled Formula 1 car, had first been released in 1976 and it was pointed to by Jankel as his inspiration. Both cars share a mid-engined layout with four front wheels and two rear wheels, but that’s where the similarities ended.

The Panther 6 was more powerful than its Formula 1 inspiration, capable of 600 bhp from its 8.3 litre (500 cu. in), twin-turbocharged Cadilliac V8 which was mounted behind the two seats. The claims of a 200 mph top speed were never tested and there had been suggestions that the car could do 240 mph with the right gearing, this is highly unlikely of course but it was utterly mind-blowing in 1977.

Inside the car you’d find telephones in each arm rest, a television in the centre console, combination lock storage in the doors, air conditioning, power steering (much needed), and a three-speed automatic transmission.

It was planned to offer both convertible and hardtop versions of the car to wealthy clientele who could afford the £39,950 MSRP, this figure was approximately 40% more than the most expensive Ferrari or Lamborghini available at the time.

If you’d like to read more about the Panther 6 there’s an excellent article here about one of the surviving cars, it sold in 2011 for just €41,400, which seems like a good deal for such an unusual vehicle. 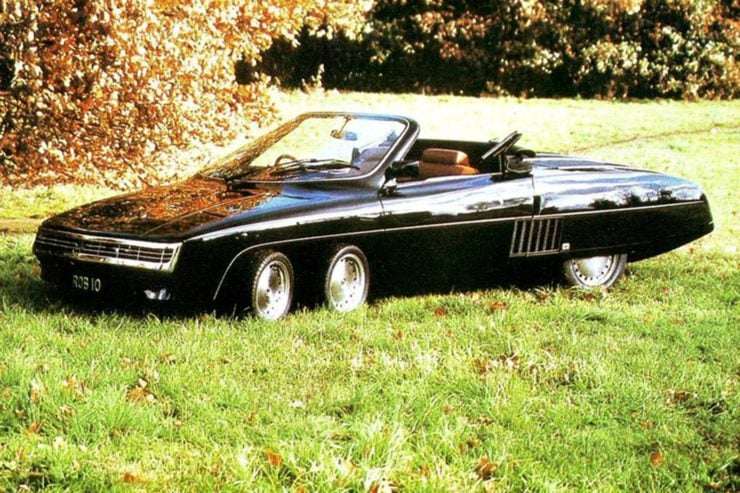 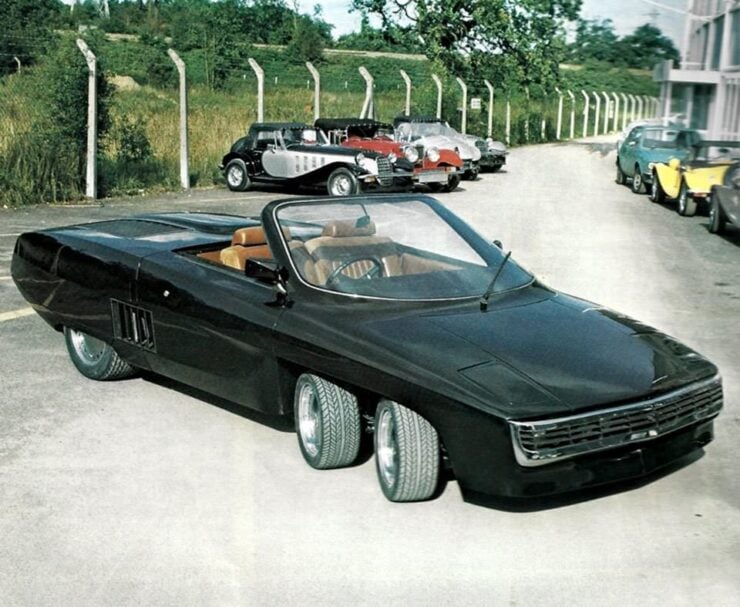 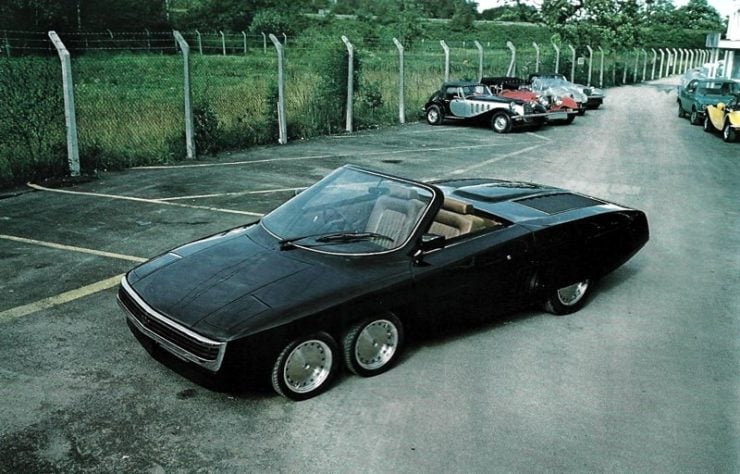 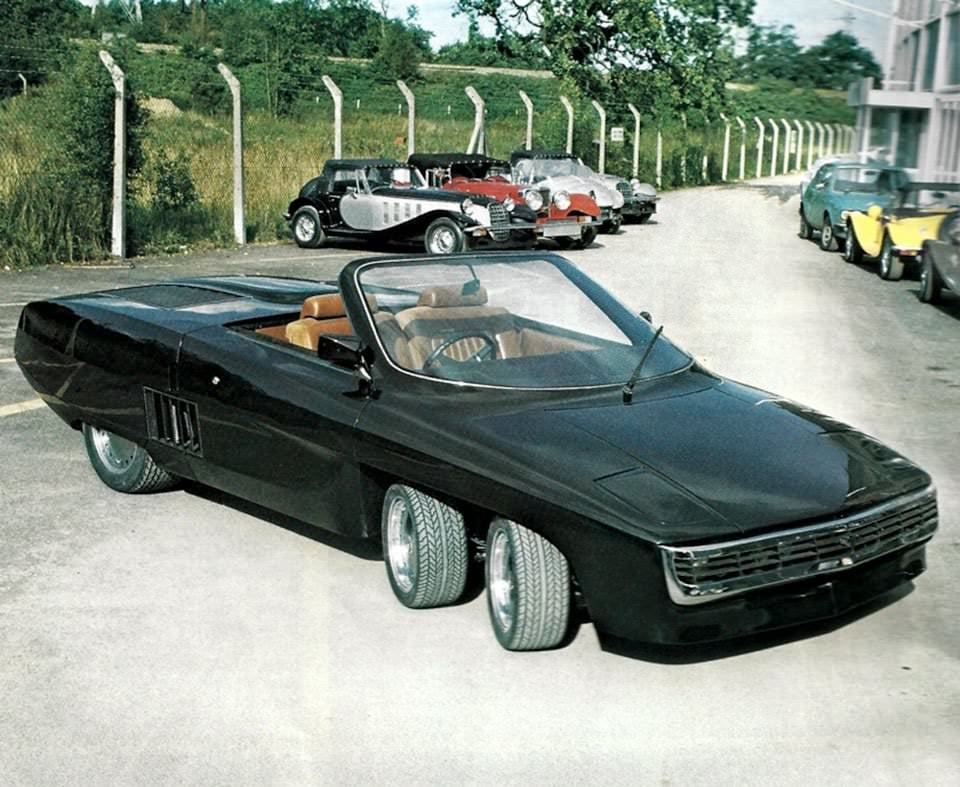