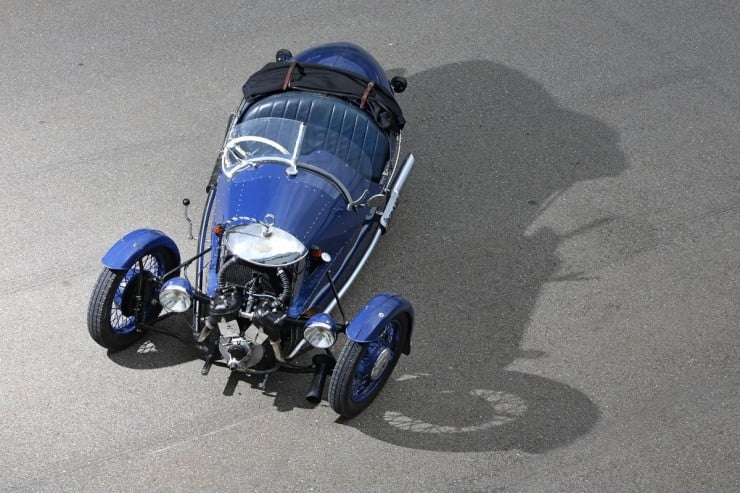 This 1933 Morgan Three-Wheeler is one of the nicer surviving examples of the early Morgans, it’s powered by a water-cooled Matchless engine with a capacity of 998cc and a horsepower rating of 32. This modest power is fed to the single rear wheel via a 3-speed transmission and although it might not sound like much, the car actually gets up a decent pace on twisty British B-roads due to its relatively light weight of just 470kgs.

It isn’t widely known that the Morgan Motor Company started life producing three-wheelers – it all started when H.F.S. Morgan designed a simple three-wheeled car for his own use, his little car won him so much attention that he decided that there might be a market to sell them so he set about starting a company and producing two introductory models – a single-seater and a two-seater.

Morgan first showed his new prototypes to the public at the 1911 Olympia Motor Exhibition to much public acclaim, he was convinced by those he spoke to to forget about the single-seat variant and focus his attention on the two-seater – which he did with much success from 1911 until the outbreak of WWII in 1939.

Although the three-wheeled layout may look a little odd, it was actually designed to get around British tax law, as a three-wheeled vehicle it was classed as a “cyclecar” and as a result it wasn’t affected by tax laws aimed at cars. Interestingly, over 102 years later the Morgan Three-Wheeler is still classed as a motorcycle and Morgan recently started making them again, albeit a much newer, updated version.

If you’d like to take the Matchless-powered Morgan Three-Wheeler you see here out for a drive, you’ll need to make your way to the Auktion 100 Klassische Automobile & Motorräder on the 30th of November and take your wallet – these cyclecars are going up in value at a startling rate. 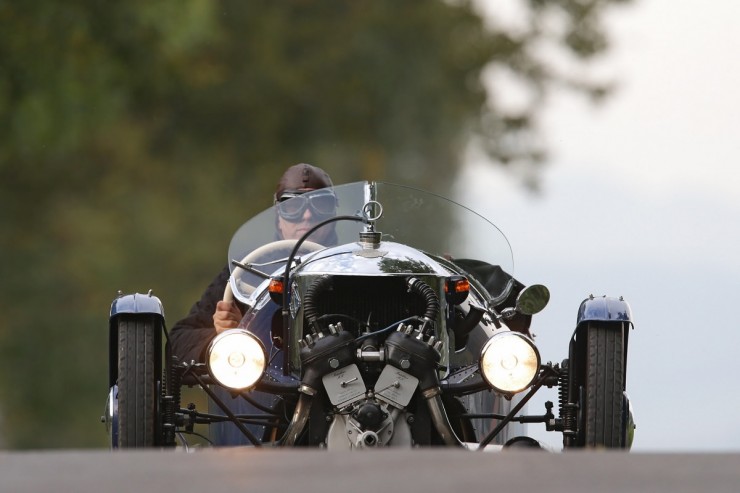 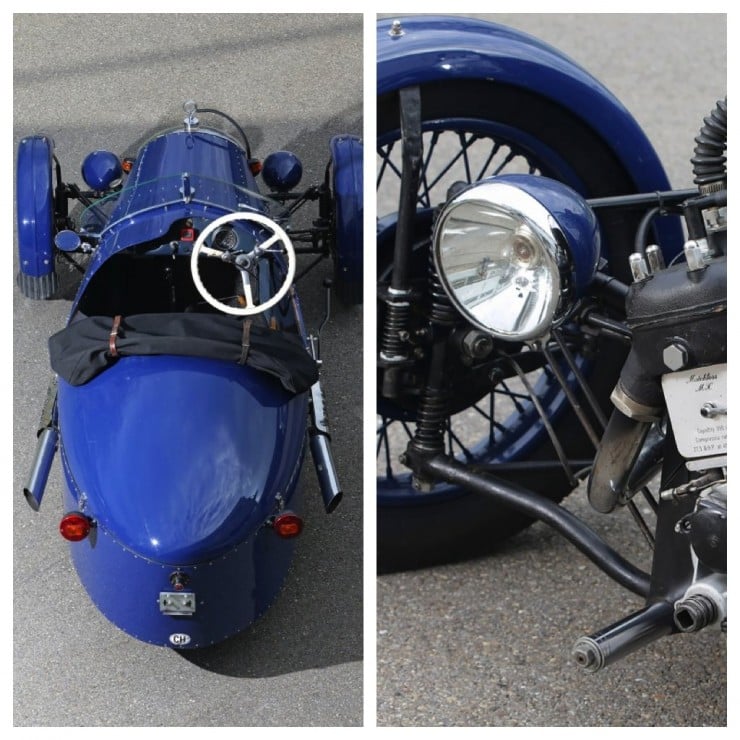 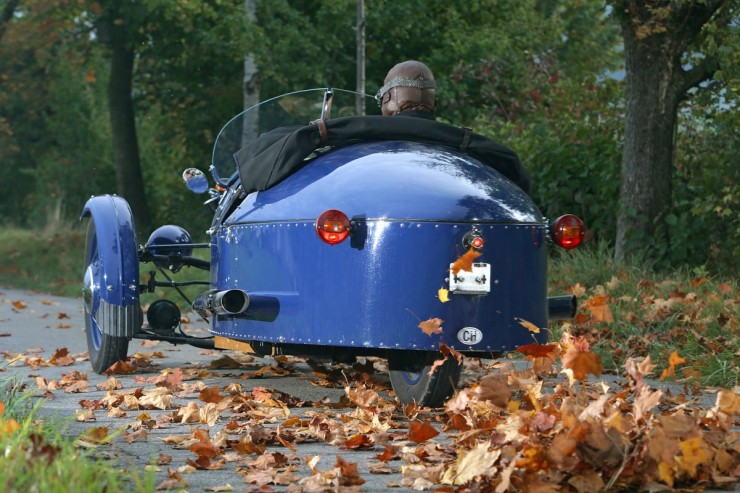 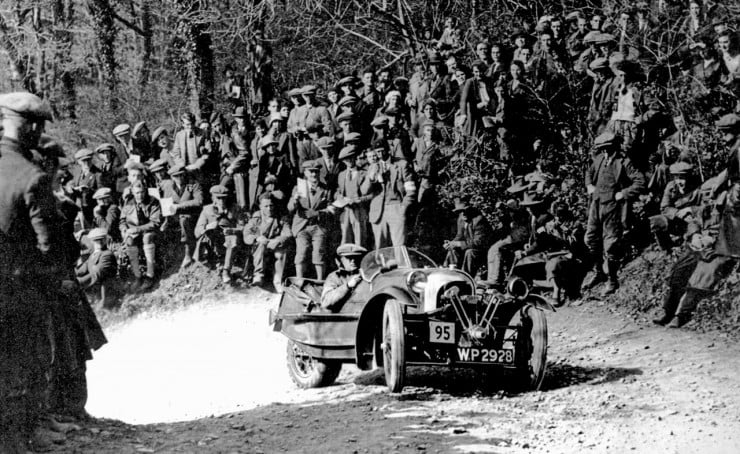 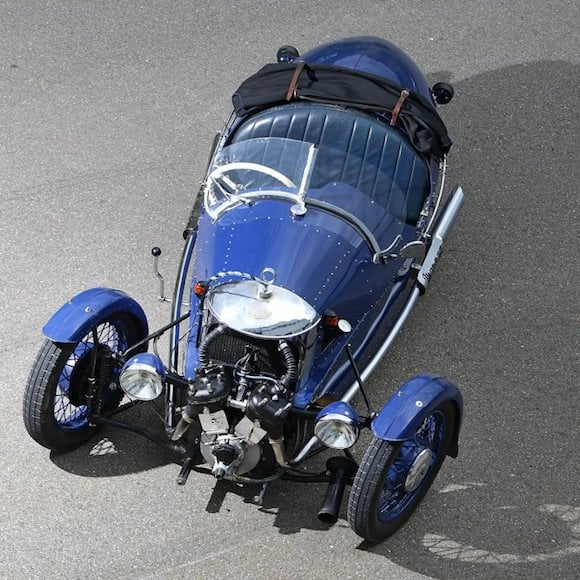