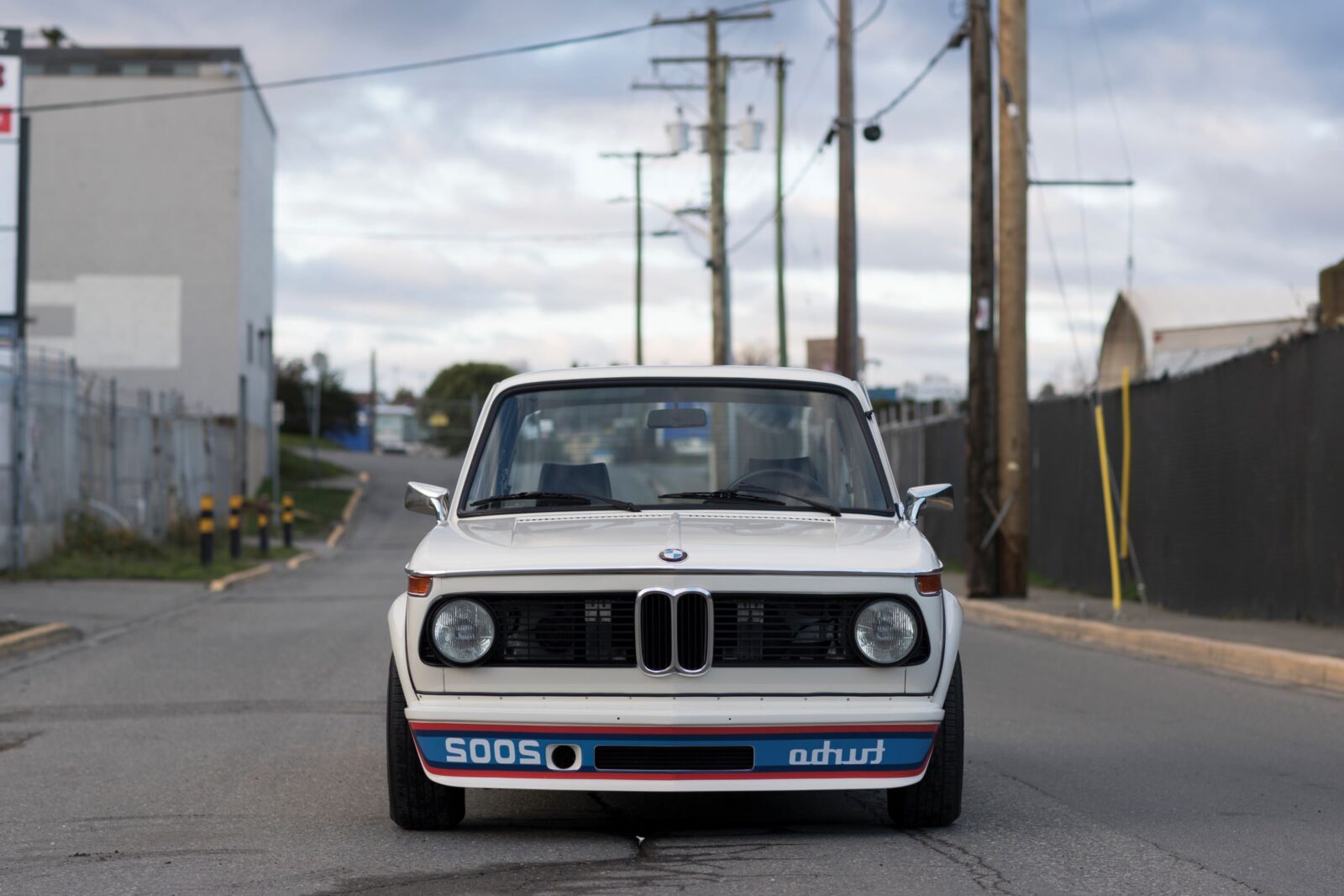 With its flared wheel arches, front air dam, front bumper delete, rear lip spoiler, and uncharacteristically bold decals on the front, sides and rear, this new Beemer was a race car for the road. Under the hood the BMW M10 SOHC inline-4 engine was fitted with a KKK turbocharger (with a compression ratio of 6.9:1) and Kugelfischer mechanical fuel injection, giving it 170 hp and 180 ft-lbs of torque – 40 hp more than the next most powerful iteration of the 2002 – the Tii.

The 2002 Turbo was the first turbocharged production car from BMW, and it was a handful to drive for those not well versed with turbocharging, which in 1973 was almost everyone on earth. Turbo lag was measured in geological time, but those who learned to master it found they could race and beat almost anything, thanks to the underlying 2002s good handling and light weight.

The one thing the 2002 Turbo couldn’t do was beat the 1973 oil crisis that hit the same year it was introduced. Sales were slow and by the time production ended in 1975 just 1,672 had been built. Today they’re unicorn cars for many, including me, and the values on them seems to not so much climb gradually, but explode upwards. 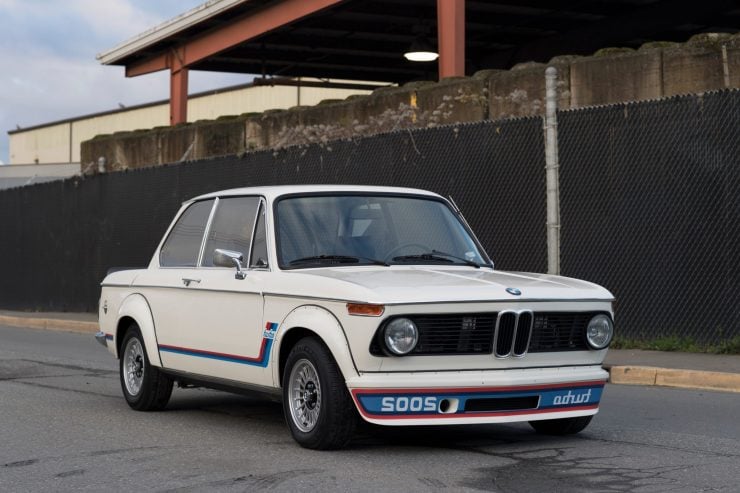 The reason for the popularity of the BMW 2002 is simple. It’s a small, lightweight car with an excellent engine, world-class suspension, great steering, and iconic design. Perhaps the single most important feature is that the BMW 2002 is a sports car, with room for 4 adults (5 at a pinch), and some luggage. It fills that almost mythical space between a sports car and a daily driver that many automakers try to make, but usually miss by varying degrees. 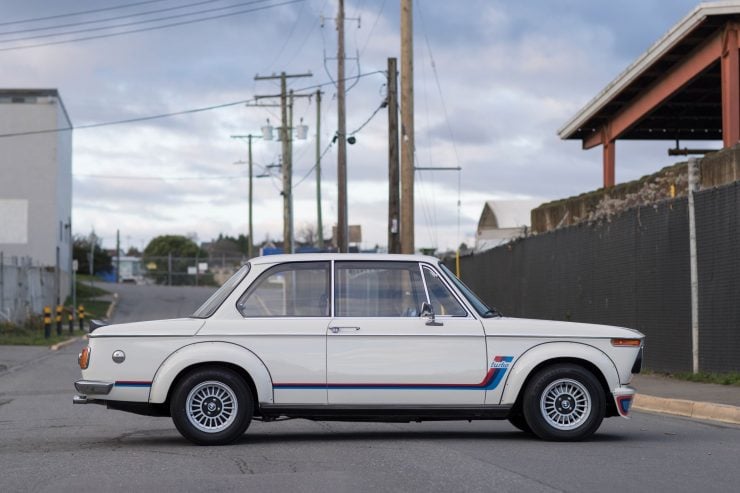 The original 1974 BMW 2002 Turbo you see here has been through a full restoration in the capable hands of the team at GC Motorsports in Canada, with invoices totaling over $49,000 Loonies.

The car was stripped back and repainted, with a full engine rebuild, and is now listed as being ready for whatever the new owner may want – be it concours events or the occasional jaunt around the local race track.

Importantly the car is still fitted with matching engine and chassis numbers (both # 4290836), and a set of new (period correct) decals, including the infamous reversed “Turbo 2002” decal on the front – just so people whose rear vision mirrors you’re barrelling into know what’s about to happen to them. 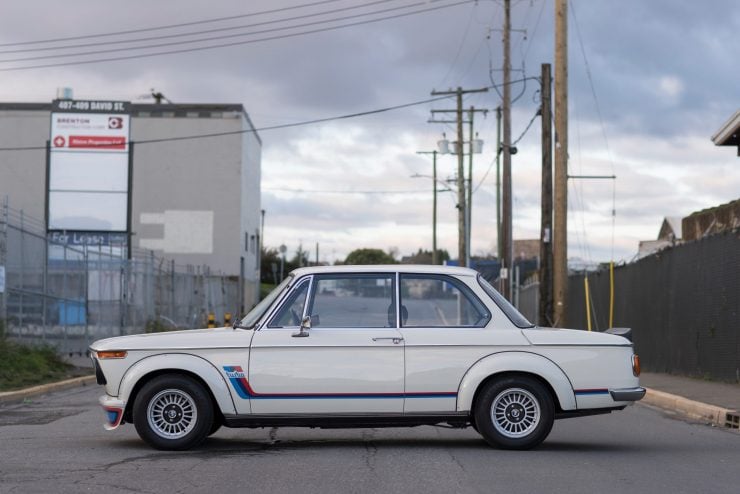 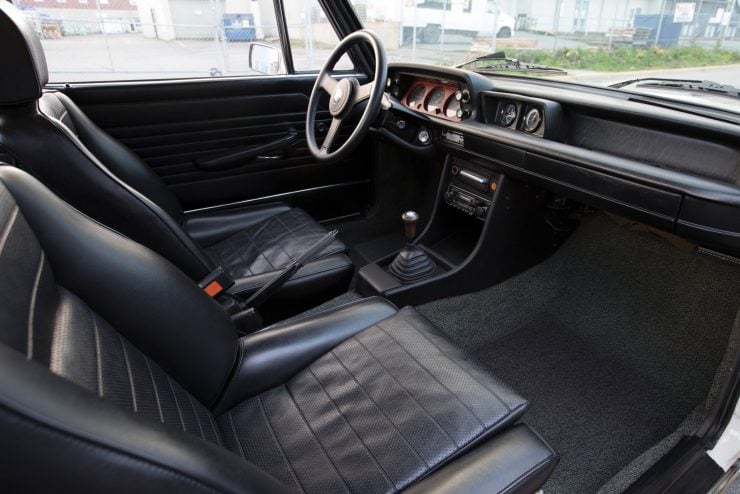 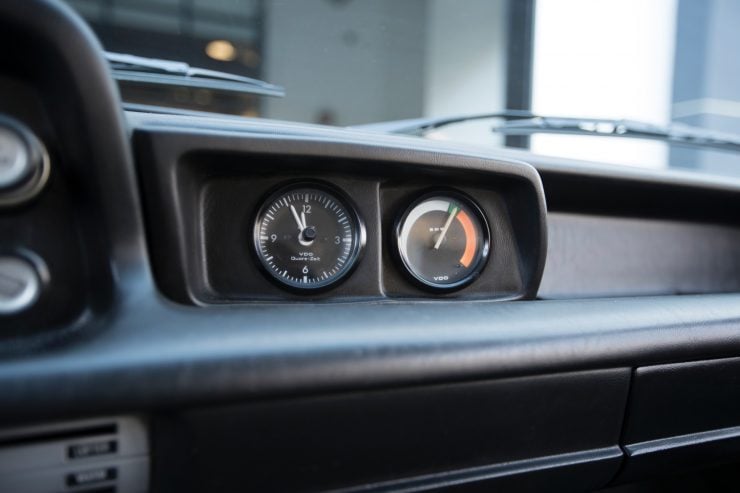 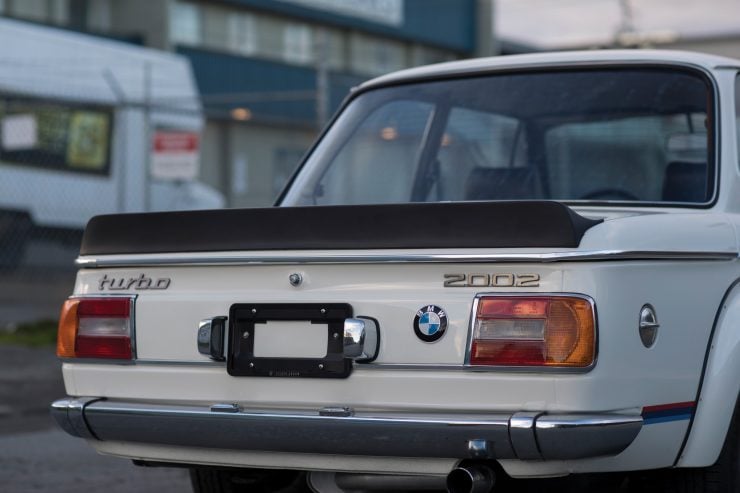 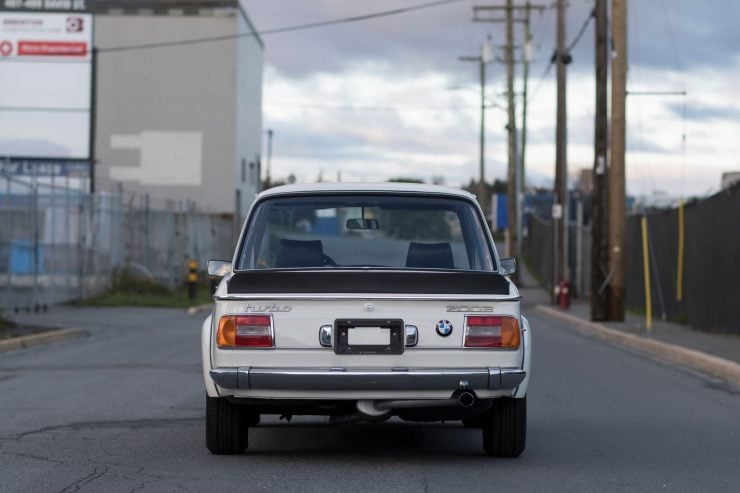 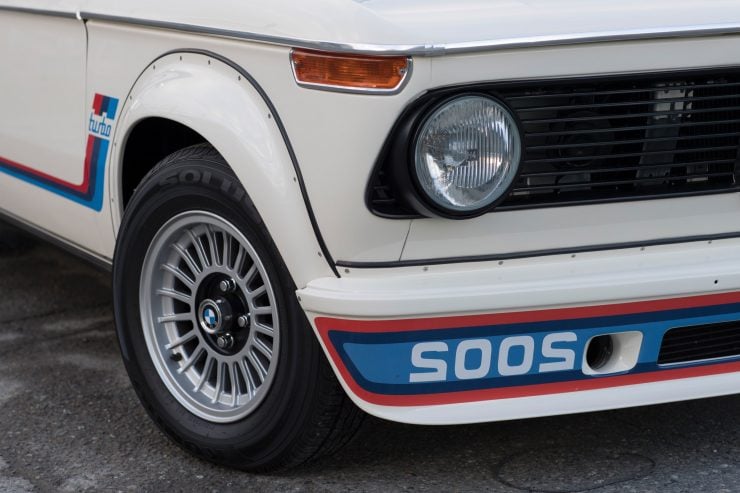 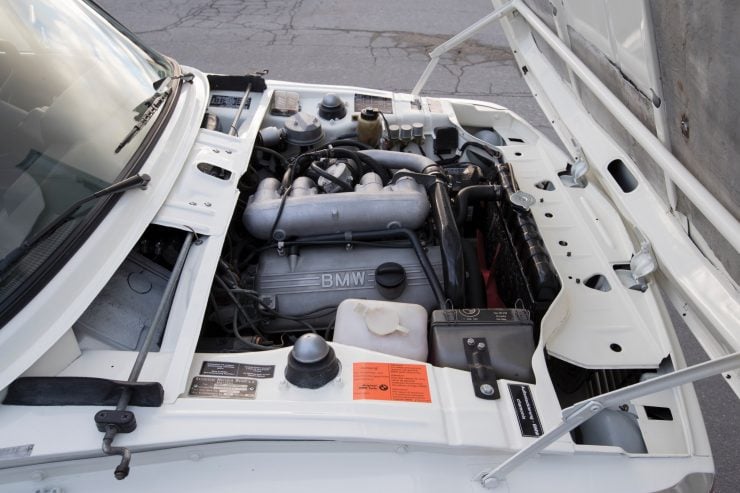 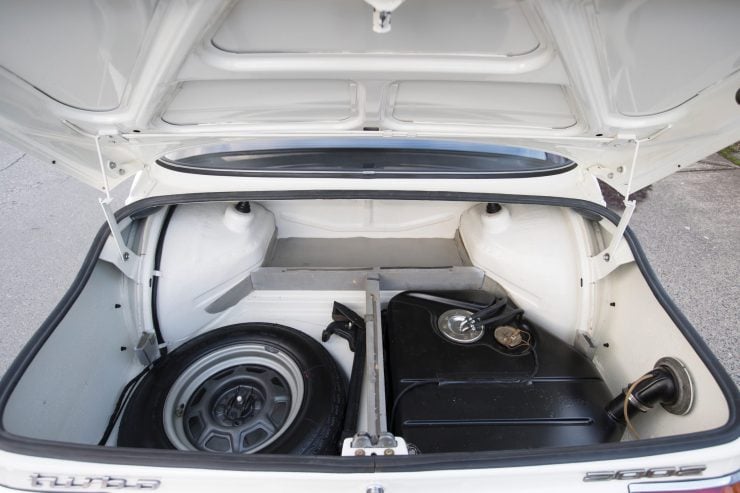 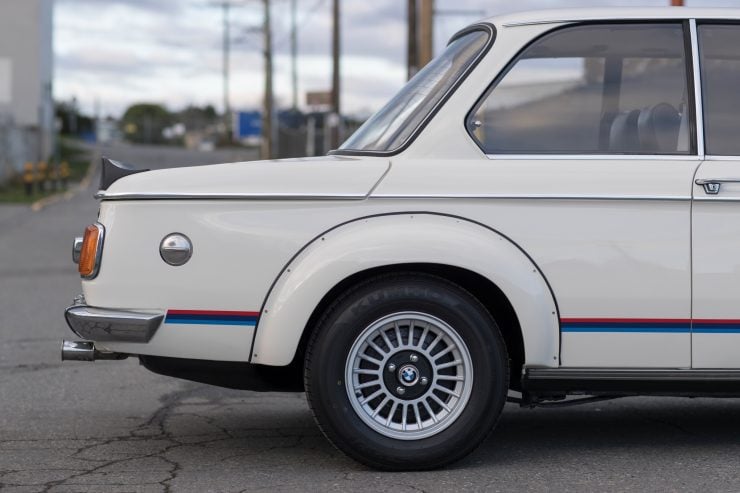 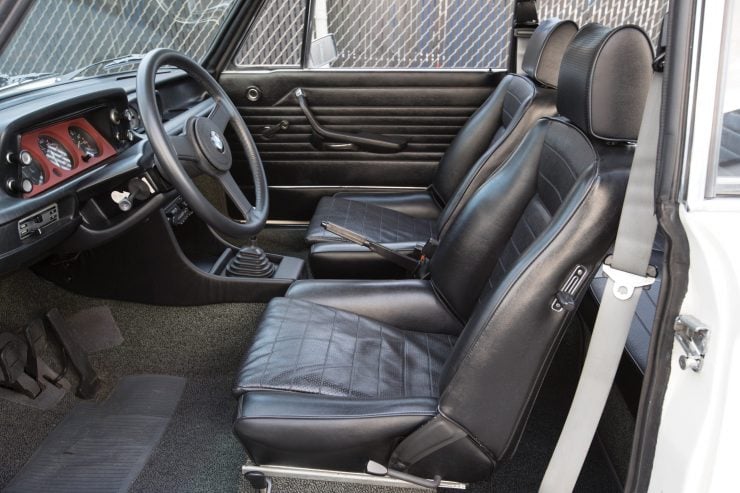 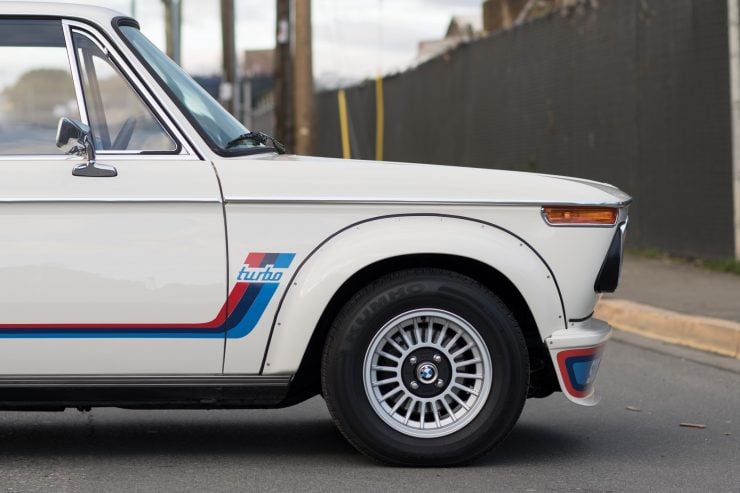 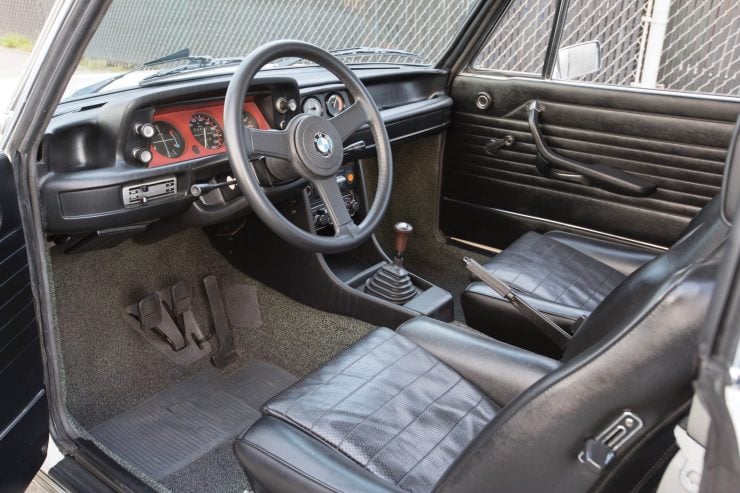 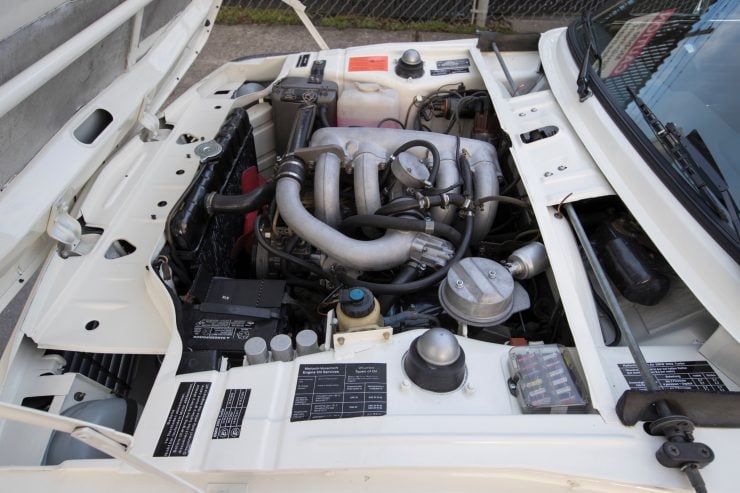 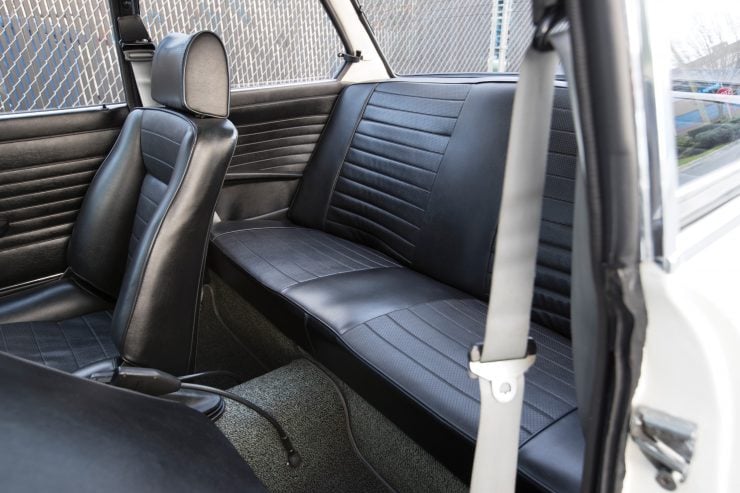 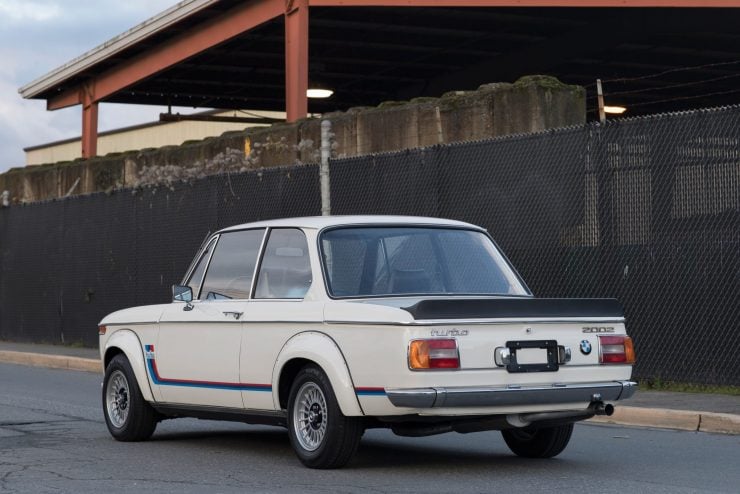 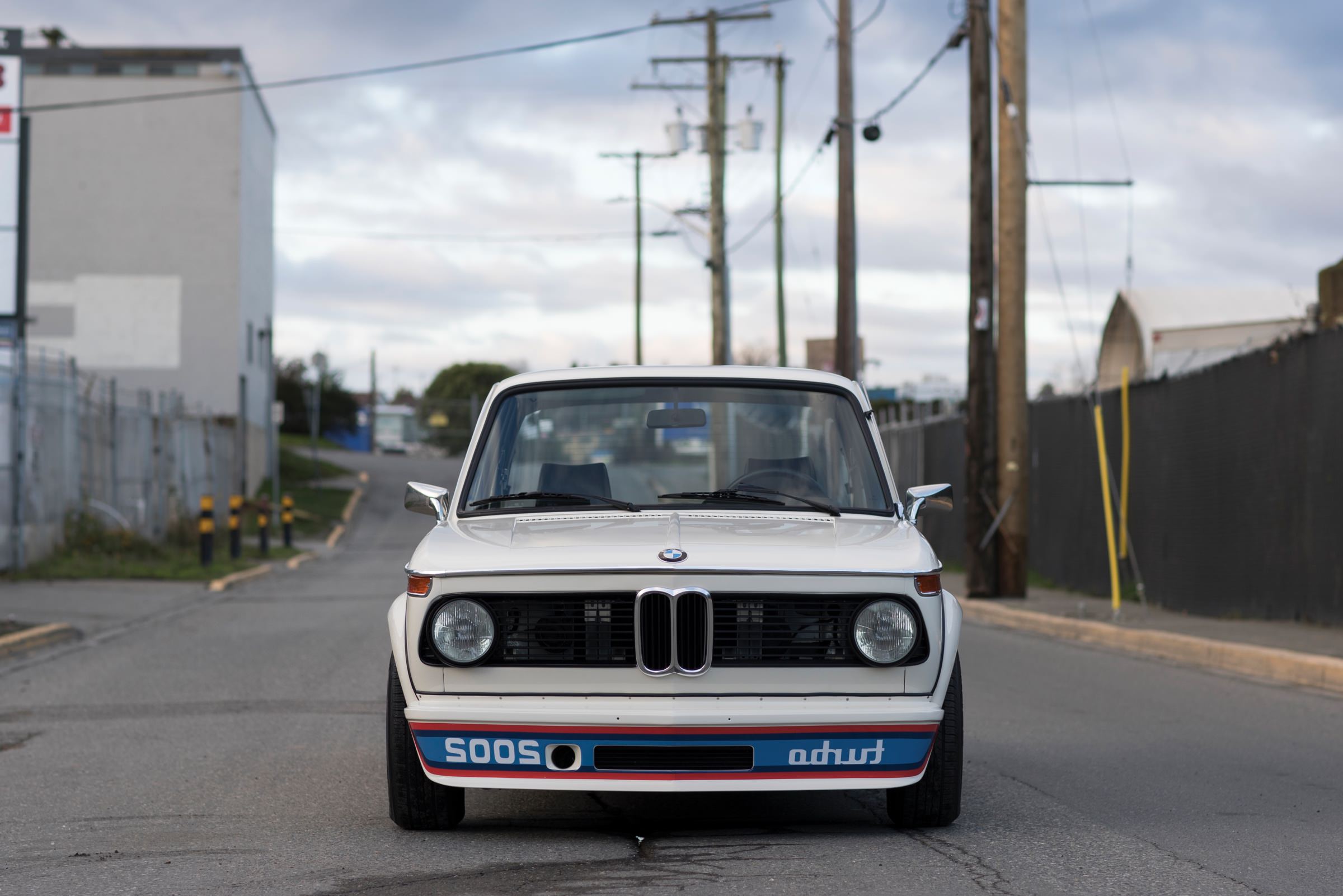